Finding the right saddle is a very personal thing, with comfort a major factor. But Gilles Berthoud saddles offers a lot more than just a comfy ride. Paul Skilbeck relates his experience over two years with a Gilles Berthoud Soulor saddle.

Before we start, I have a confession to make: Since my metabolism stopped burning so bright a few years back, I've probably been eating too much. And while I’ve always been on the larger side, racing at about 77kg/170lbs a couple of decades ago, now I’m fat as well as big. Here's what this has to do with saddles: I break them. I've broken a couple of lightweight racing saddles just from normal road riding use. I need components that can take a pounding. Big people, even those with lots of off-road skills, tend to be hard on equipment. I just wanted to put that out there at the beginning of this.

In August 2016, Gilles Berthoud sent a stunning-looking Soulor leather saddle for review. By now, much is written about the precision cutting process used by Berthoud, the very thick 5mm rump-end leather coloured with natural dyes, an easy tension adjustment mechanism used with a 5mm hex wrench, and the beautifully crafted brass bolt/washers used to affix the leather top to the frame.

The main point of this story is how the saddle stands up to regular use by a heavy rider.

The Soulor by now has about 3500 miles (4500km) of mixed surface riding, some of which was on fast, bumpy descents. My bodyweight was around 245lbs (110kg). Mostly it was ridden in dry conditions, but it has had a couple of good soakings too when I got caught out in big rainstorms.

Overall, the saddle has been through a rigorous trial, much rougher than the average, and most importantly I can say without reservation that it is the most comfortable saddle I have ridden in 45 years as a cyclist. Whether or not others would find it as comfortable, I cannot say because everybody has different anatomy.

The soulor saddle has spring steel rails, is 278mm long and 146mm wide at the rear. It weighs about 430g. On removing it from the box I was not expecting such a robust-looking saddle to be comfortable immediately, but it was. Even though the leather is pre-softened, the saddle is thick and felt hard. But from the first minute I rode it, the saddle felt great.

The rear view shows the neat attachment steel/brass bolts and washers, and the composite backplate

Many of my rides have been in the six to ten hour range. Prior to this, I had used two lightweight plastic-based saddles on this bike. Both performed well enough, and weighed about half of the Soulor, but there were times during these rides that those saddles would become uncomfortable and I’d feel a lot of the trail coming up through my rear end. Not so much with the Soulor. It remained comfortable for hours on end.

The rail length provides plenty of adjustability fore and aft, within about a 60mm range. This is not quite as much as some I have used, but more than others. I have mounted it on different bikes, each with different geometry, and in each case have been able to position it a comfortable distance from the handlebars.

In two years of riding, the saddle has sagged a little. One of the Gilles Berthoud staffers commented, after seeing an Instagram post, that I should tighten the saddle more. This advice may be correct but it should be treated with care. He was not telling all owners of these saddles to tighten them more. The company’s advice is that over-tightening is not good for the leather.

For this reason I let the saddle sag a little under my considerable bodyweight, maybe I should have tightened it more before riding for the first time. Possibly another factor was the several big impacts from seated descents on those fast, rough trail rides I was doing for much of those two years.

Furthermore, and against the saddle manufacturer’s advice, I do not have fenders on my bike. This is because I ride that bike in wet conditions fewer than five days in any given year. A rear fender proctects the underside of the saddle from water spray and dust. After two years of riding in Northern California there is no visible damage in this area.

Sagging is still evident in the saddle, although it does not seem to have increased much in the past 12 months. I cannot compare this to other leather saddles, because last time I rode one, a Brooks B17, almost 40 years ago when I was aged 18, my weight was about 165lbs.

Based on comparing my saddle to that of other owners, I’m confident that if I were still around 180-190lbs, as I was five years back, the saddle would have sagged a lot less.

Is the sagging a problem? As long as my rear end doesn't bounce of the rails, it's probably okay. I have to adjust the seat post a couple millimeters every four months or so to maintain the same effective seat height, and I have to periodically increase the tension. This summer I tightened it to the point where it felt too hard. It was comfortable for about two hours but then I started to feel more road shock than I wanted. That was on a steel-framed Kvale running 32mm Gravel King tyres. So I loosened it a bit. It is still just as comfortable as before. Maybe after two or three years I will have to buy a new top for it. But maybe not, I will have to wait and see.

During the summer this year, I spent 17 consecutive days riding south along the west coast of the USA. I rode a Naked steel-framed bike, running a 35mm Gravel King tyre. I went for a 40-spoke Velocity rear wheel using Aileron rims and 14-15-14 gauge spokes. This is an exceedingly strong wheel with high radial stiffness. There were times on that ride when my butt became sore, and despite adding some spring to it by loosening the tension screw by half a turn, I wondered if a slightly wider saddle might have been more comfortable. On multi-day rides in the past I've found the biggest difference to comfort is a good suspension system, in the seat post, the frame, or even big tyres with lower pressure.

Gold Beach, Oregon. On a 17-day bike tour I loosened the saddle a half-turn to increase the comfort

The leather Gilles Berthoud uses, as mentioned earlier is very thick. It has a nice patina now and looks like it will go on for many years. It has acquired only small scratches from a couple crashes and the inevitable minor grazes from being leant against walls. These marks are hardly visible though. Certainly from this perspective it should be more durable than a thin skin stretched over a composite-based saddle.

One thing is clear to me: partly my lack of a rear fender, but mainly my bodyweight, will shorten the life of any saddle I would want to use, leather or not.

The Gilles Berthoud saddles come in several different shapes, from slim-line race oriented cuts up to wide urban designs. Rails are either steel or titanium. One of the things I particularly like about these saddles is that all parts can be replaced: leather top, rivets, rails, adjuster… the lot. The initial purchase price is in the upper range for saddles, yet the replacement options make this a reasonably economical choice over the long term.

But if you find it as comfortable as I do, and if having a comfortable rear end on a long ride enhances your enjoyment of it, then surely any extra purchase price is worth paying.

I’m always open to new things of course, but at this point I’m not actively looking for different saddles. I like the look and feel of the Gilles Berthoud saddles; it’s a small company that makes the saddles in-house, which I like; they offer a complete range of spare parts, which is great; and for a couple of years by now the Soulor has been working very well for me. 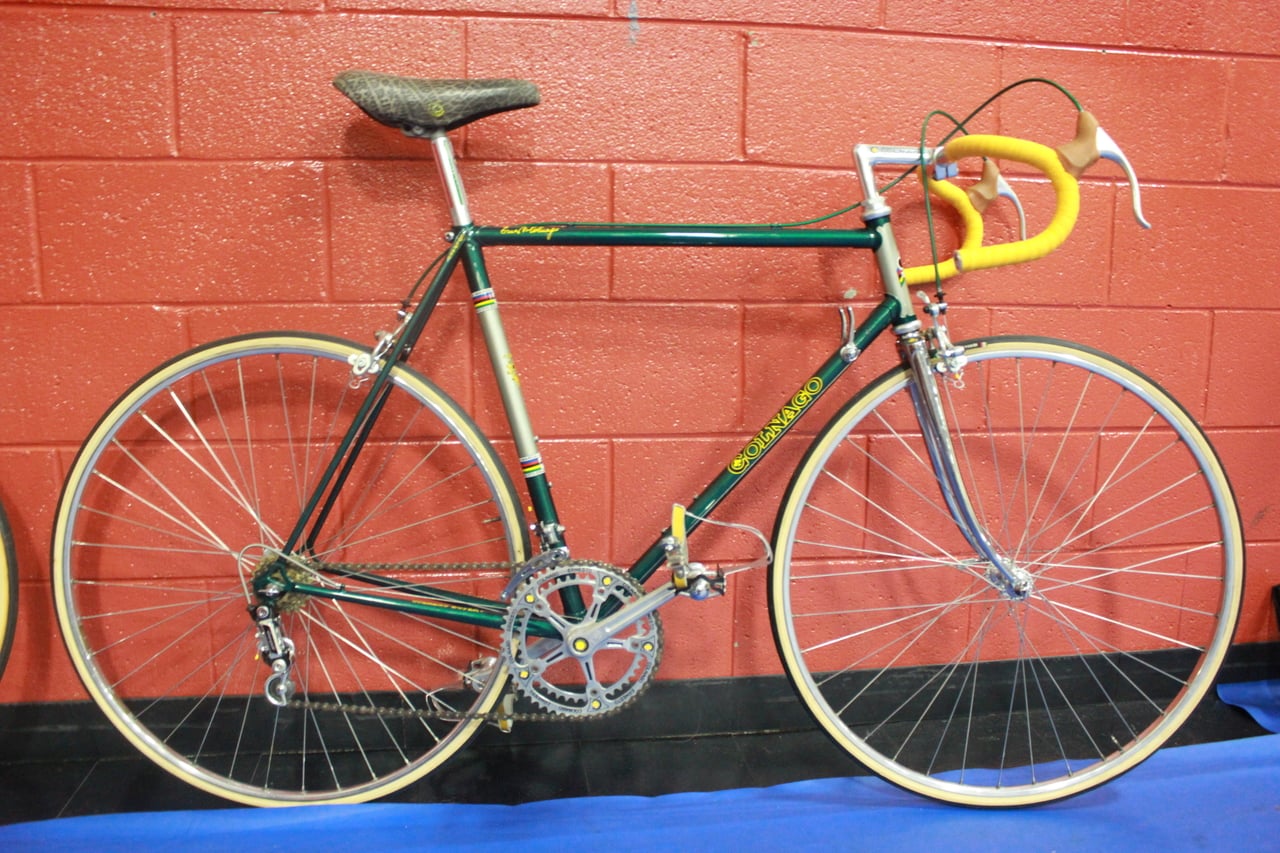