Paul Brodie's tell-all memoir is not only a great resource for aspiring and new frame builders, but also it is an absorbing read for cycling enthusiasts and those curious about the ups and downs of small bicycle manufacturing businesses. 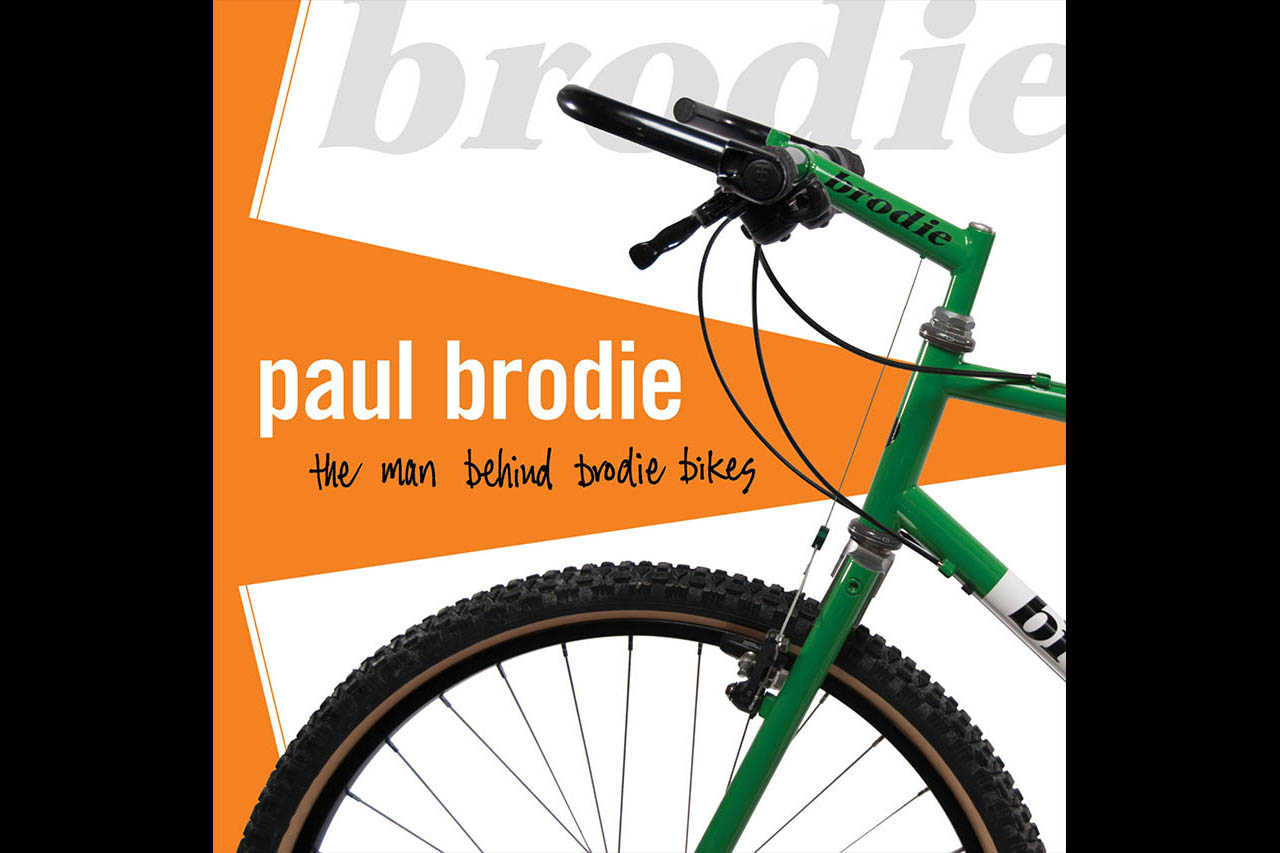 In this meandering episodic chronology Brodie tells pretty much all about his early influences, and from there on the triumphs, disappointments and hard lessons of his illustrious career.

Despite being a prolific and celebrated frame builder, Brodie is not widely known in the USA. Partly this is because his career was based on Mountain Bikes, partly it’s because he is located in Canada rather than the USA, and partly it is because he ceased commercial production of frames in the year 2006, six years prior to exhibiting for the first time at NAHBS.

His palmares are impressive though. In his early career he was the mountain bike builder for Rocky Mountain bicycles, and is credited by the Mountain Bike Hall of Fame for the sloping top tube design that quickly became the worldwide standard for mountain bikes (Brodie says this design was originally named the Thunderbolt, not the Avalanche as is stated elsewhere). More recently, in six appearances at NAHBS promoting his frame building course, he has collected two NAHBS awards: one was the People's Choice award; the other for a city bike. And in 2017 it was a mystery to some that he failed to win an award for a shaft-driven cruiser bike that went to the very core of what custom bicycle manufacture is all about(look out for an in-depth feature on this bike in HBG very soon - ed).

Paul Brodie with his shaft-drive cruiser at the 2017 NAHBS. Photo: Paul Skilbeck

The broad ranging talent Brodie has displayed in his show booths is reflected throughout this book, and he has no difficulty filling 250 pages. He is candid in the way he relates his stories. These anecdotes contain a wealth of information about the resourcefulness, adaptability and perseverance required to keep going through the travails of owning a small manufacturing business.

He describes many of his significant business dealings and relationships, including lawsuits, negotiating the sale of his brand name, a steep penalty levied on him for returning a photocopier before the lease was up, and many others. In one chapter he recalls a trip to California to learn from the early mountain bike framebuilders in Marin and the mixed responses to his uninvited visits. There is much to be learned from his experiences, even for those who have already set up shop.

For budding frame builders, Brodie details 67 steps in building a bicycle frame, he describes "the art of brazing", he details the equipment required to set up a bicycle frame production shop, he discusses a range of materials and welding techniques, and if that's not enough he discusses the philosophy of being self-employed.

Perhaps most salient of all, the many anecdotes about his financial difficulties illustrate the challenges of making a living from frame building alone, even for a builder whose staff numbered up to 12 in a company that made more than 4,000 frames.

These days Brodie is teaching a popular frame building class in the University of Fraser Valley. One can imagine this would be an interesting class to attend, if for no other reason than the opportunity of hearing his stories. Of course Brodie's frame building knowledge and wisdom are outstanding.

Perhaps the most outstanding feature of this memoir is Brodie's willingness to discuss his processes and his failures. He goes into detail about how he sourced or fabricated particular parts for many of his projects. And he makes it clear that learning what doesn't work is just as important as learning what does. While some builders might prefer to keep their failures a secret, Brodie discusses his openly, presumably so others may learn.

The way he approaches this book suggests the philosophy of a true educator, passing on knowledge with the benevolence of somebody who is deeply satisfied with his lot. Yet a resounding theme repeated in the pages of Brodie’s account is the striving for something else, perhaps that he has yet to attain.

Having become interested in motorcycle road racing in 1976, In 1996 Brodie came to a crossroads in his career and started dabbling in professional motorcycle restoration. Some 40 pages in the book are given to motorcycles. The first two-wheeled vehicle he built was a motorcycle, so it should be no surprise that he returned to engined bikes. His story suggests that he became proficient in making fast reproduction racing motorcycles for road track use in vintage motorcycle categories.

Brodie speculates that his pedal bicycle building career might have ended in 2006, with frame number 4261. In 2009 he advertised his frame building fixtures and jigs, and in 2010, at the behest of 1986 Canadian MTB national champion Brent Martin, Brodie started teaching a frame building course at the University of Fraser Valley.

The UFV course brought Brodie back into the frame building spotlight with his promotional booths at NAHBS. His bikes won awards at his first appearance in 2012 and again in 2015. Readers of this book will probably get the feeling that there is plenty more to come from this talented bicycle maker.

Brodie is selling signed copies through his website http://flashbackfab.com. The book is also available through Amazon.