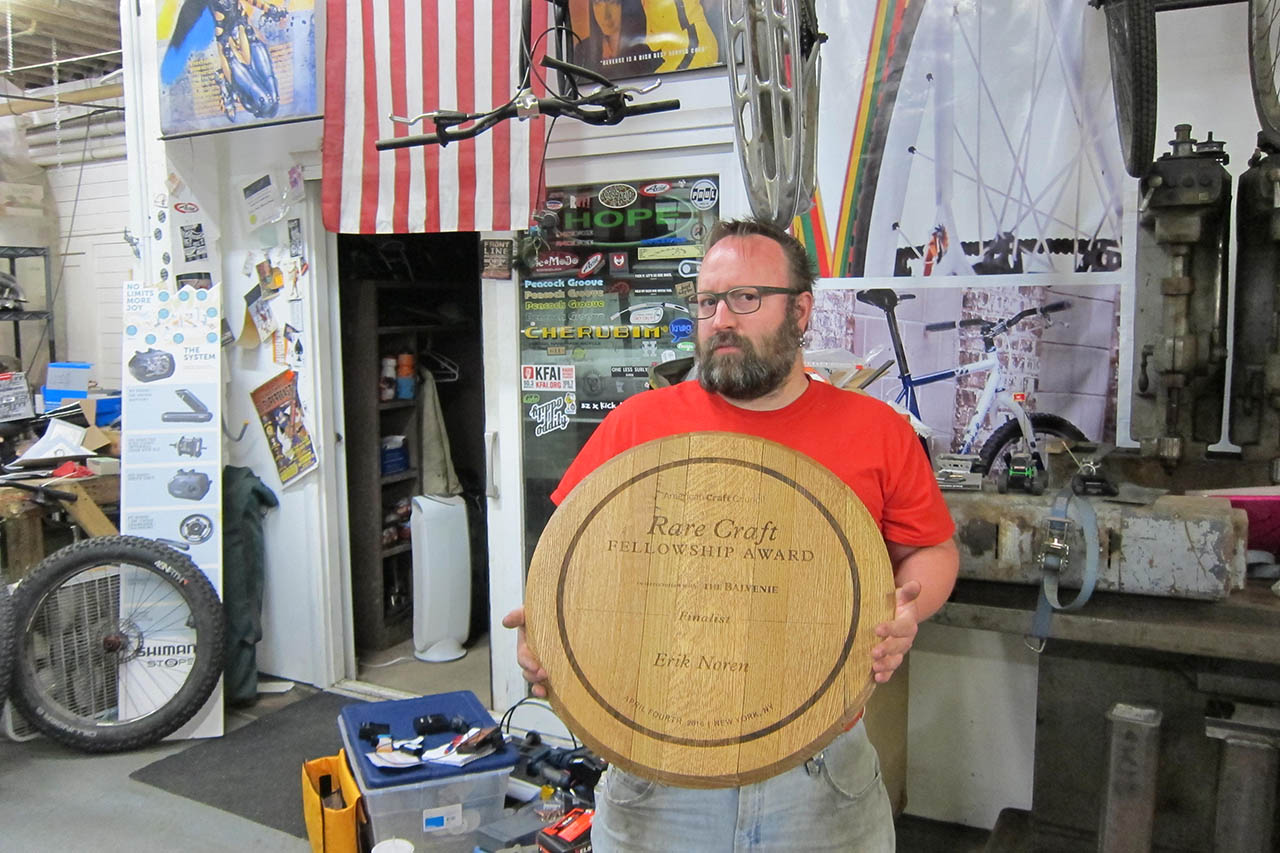 Erik Noren, proprietor of Peacock Groove, joined a distinguished, if short, line of frame builders, April 2016, in the finalist list of the American Craft Council Rare Craft Fellowship Awards. A previous finalist in these biennial awards was Philadephia framebuilder Steven Bilenky, in 2014.

Noren, of Minneapolis, Minnesota, was flown to New York City for a presentation hosted by The Balvenie at Eleven Madison Park in New York City on April 4 to be presented with his finalist trophy.

The American Craft Council has been issuing awards for significant contributions to the field of craft since the early 1970s, and says the purpose of its Rare Craft Fellowship Awards is to recognize and support contributions to the maintenance and revival of traditional or rare crafts in America.

The garrulous Noren, who had previously delighted a live audience at an American Craft Council salon session in 2013, said he was honored to receive the award and he enjoyed the unexpected bonus of a bottle of 21-year-old Balvenie whisky.