German cyclist and bike collector Hartmut Snoek came all the way from Germany to attend this year's Eroica California, and he brought a German-made Rickert bike with him, one of more than 50 that he owns. 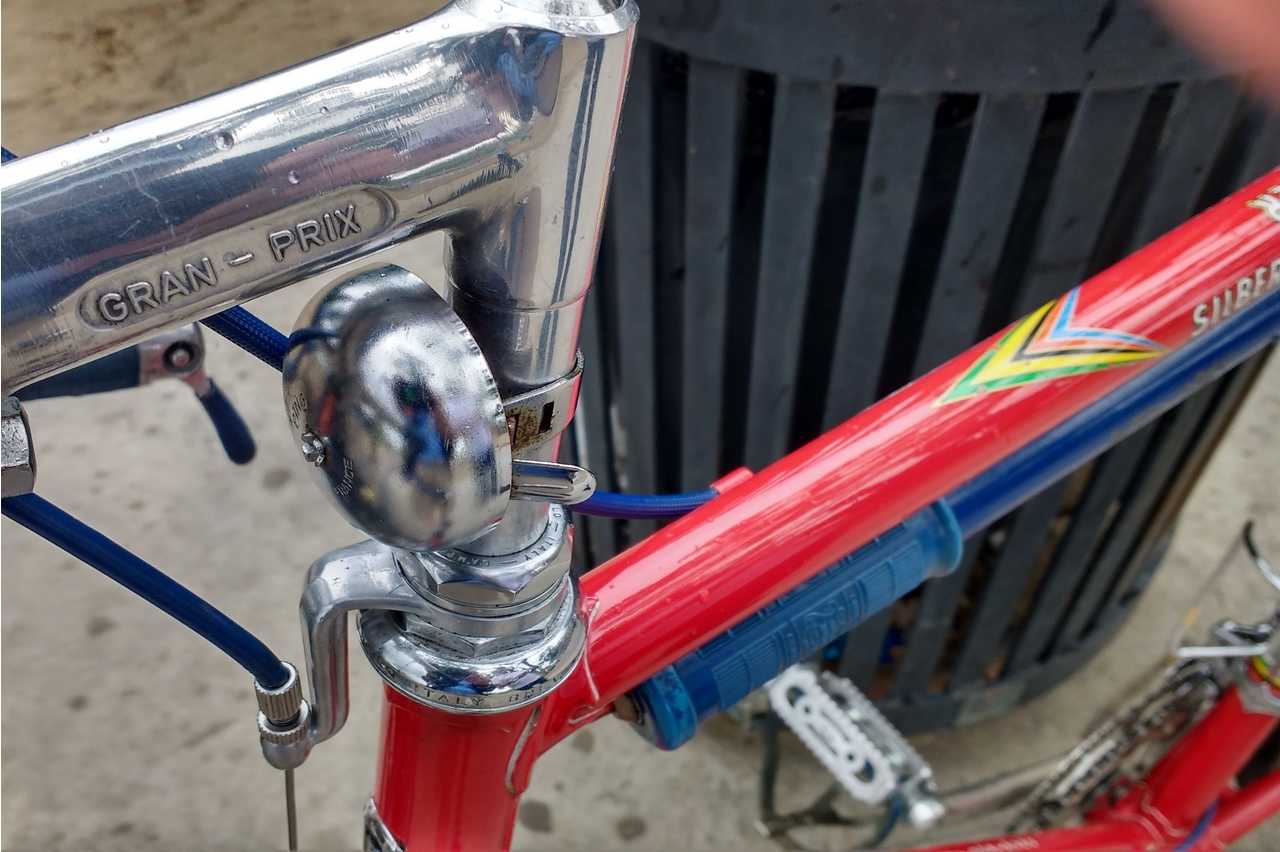 Hartmut Snoek came all the way from Muenster in Germany to do Eroica California. Being German, Hartmut had to bring along one of his favorite German bikes, a 1960s Rickert.

Hugo Rickert was one of Germany's most accomplished builders. He started building in 1955 in Dortmund and only retired in 2003, after suffering a stroke. His wife Doris did all of the lug lining and other detailed paint work. Rickert primarily used Reynolds tubing, often utilizing Nervex or Bocama lugs. He was famous for his track frames on which riders won German and World Championships, as well as Olympic medals. Rickert was also known for building frames for professional racers that had the name of their sponsor instead of his own, and he built private label frames for several shops and other brands.

Hartmut probably has the world’s largest collection of Rickert bikes. He claims to have more than 50. The one he brought to Eroica is special because it is a road frame with the flexibility to use either cantilever or traditional center bolt brakes. While the frame has bosses for cantilevers, it doesn’t use a traditional brazed-on cantilever post, so it can also use side or center pull brake calipers. Adding to the flexibility, there is a mix of braze-on and clamp-on fittings, offering numerous set-up options.

Hartmut’s frame has a rather crude, but simple and lightweight rear brake cable stop on the seat stays. Just above the bottom bracket shell, there is a roller instead of a traditional cable guide. The mix of components on this bike showcases an era when riders picked the best part for the task rather than just buying everything from a single manufacturer. This is part of what makes Eroica fun for those that enjoy bikes made before Campagnolo introduced the “gruppo” concept to the cycling world in 1968.