Australian industrial designer Warwick Gresswell argues that far from following function, form is part of it 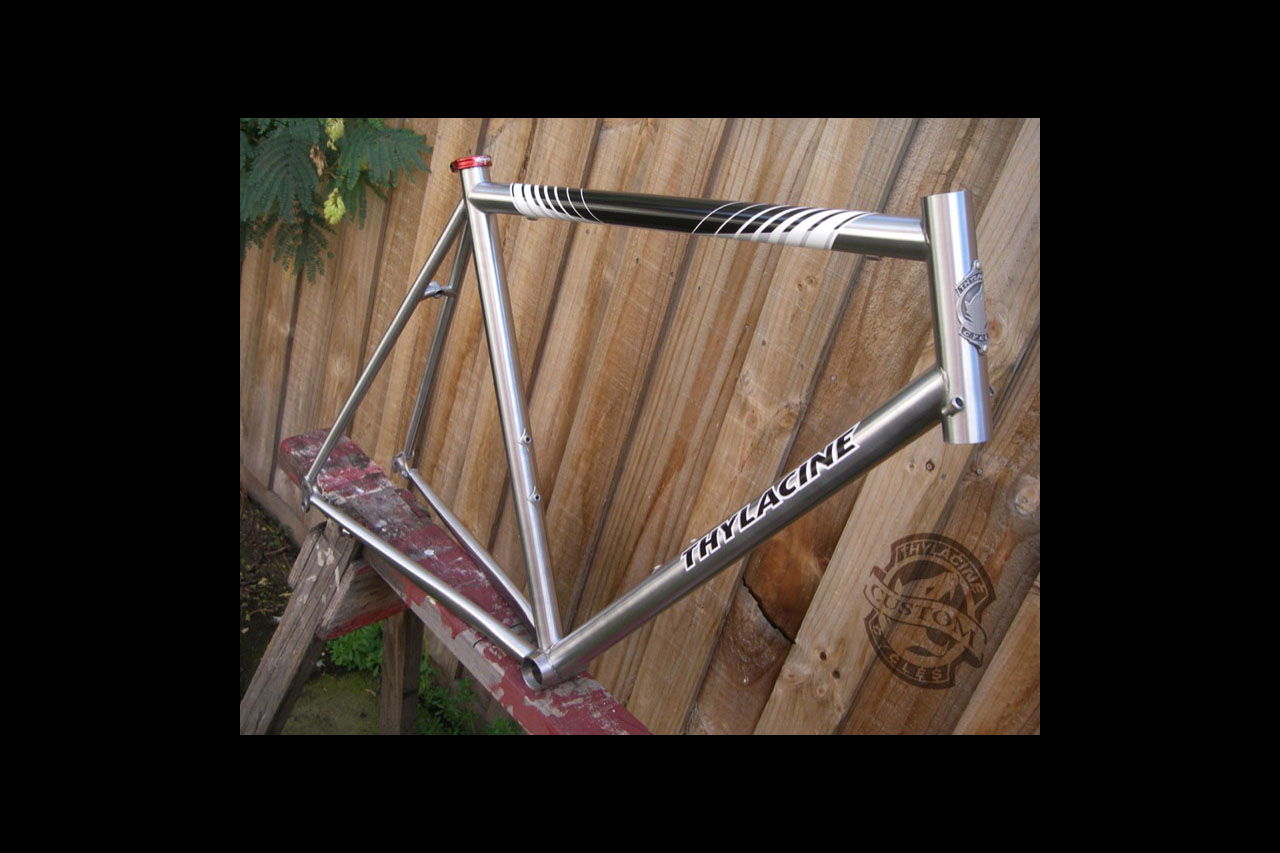 One of the challenges of the handbuilt bike industry is overcoming certain limitations of what it parochially means to be a craftsman. Craftspeople tend to be insular, self-interested, and fiercely independent. Far from being an indictment, these are elements that give the craftsperson a competitive advantage. If you don't think you can make a better widget, then you wouldn't be making your own widgets, as it were.

However, as an industrial designer working extensively within the custom bicycle sphere, a recent revisit to college, as well as a pattern I've noticed in the industry, has led to me to write about what appears to be, on the surface at least, a simple premise that many framebuilders attempt to use to differentiate themselves: the notion of 'form versus function'.

I'll start this off with saying straight up that there is no such thing. It might be a neat little postmodern sound bite for the time-poor right up there with 'You're either with us or against us', but I want to illustrate that its systemic use probably does more harm than good.

The renowned design anthropologist Victor Papanek identified six key elements integral to design success, the Six Part Function Complex (let's call it the SPFC). You’ll notice straight away that form is included as one of the components of function.

2. USE – As a tool, the way it communicates, semantics

4. TELESIS – ‘The deliberate utilisation of nature and society’

5. ASSOCIATION – Application of the past and the future to the present

6. AESTHETICS – The search for beauty, elegance and the human condition.

So armed with the SPFC, how then does the custom bicycle industry use a design tool to improve what is essentially a craft?

Well the first lesson for me is not being too fixated on the Method and Use sections of the complex. As a craftsperson, it's easy to be fixated on these elements because building something with your hands is a consuming learning process. Many hundreds of hours are spent learning materials, technique, and tooling, but the part the craftsperson often misses is that nobody except other craftspeople really care. While it's true that a certain disconnect exists due to the way modern life has shielded the populace from how things are really made and where they actually come from, this 'miraculousness' quickly wears off once they realise it's not unique to you.

Unsurprisingly, customers assume that you already know how to stick eight tubes together because that's why you're in business, and they've already done enough research to tell them that you do indeed make a bike that is, in fact, a functional bike. Neither Method nor Use provide the custom bike builder with enough differentiation alone.

So what of the other functions? Need is obviously an important one, because without that, you're only going to be building for yourself, but if you have aspirations over and above that, then you'd better make sure you're filling a need. Telesis? That's a tricky one to define, but think of it as a direction, a story, or a means to an end. On the ground, I think it means having a direction and going for it with gusto, and wanting others to share in the journey. Association is a pretty obvious one: it's how what you do communicates the 'now' as well as the future. It's how what you do sits amongst what's already there.

This of course leads us to the much maligned Form part of the complex: Aesthetics in the above list. There's this prevailing assumption that form is how pretty something is, in competition with how and if it works, but it's much more complex than that superficiality. Form is the outward visual manner in which you communicate what you do. You can see from the SPFC that Aesthetics is rooted in the human experience, and this area is the most powerful tool that framebuilders can exploit to their advantage.

From a pragmatic perspective, statistically a customer decides whether they like what you do within the first couple of seconds of seeing it, so this means you better have your aesthetics sorted. Your branding, your livery, your paint, your media collateral are all vital to your success or otherwise. These elements communicate who you are, what you do, and what you believe in a way that explaining to a customer the intricacies of your brazing technique can't possibly compete with.