Toronto native Vince Lupo shows us his time trial specialty bike from the early 1980s that carries the legacy of a legend of Canadian cycling. 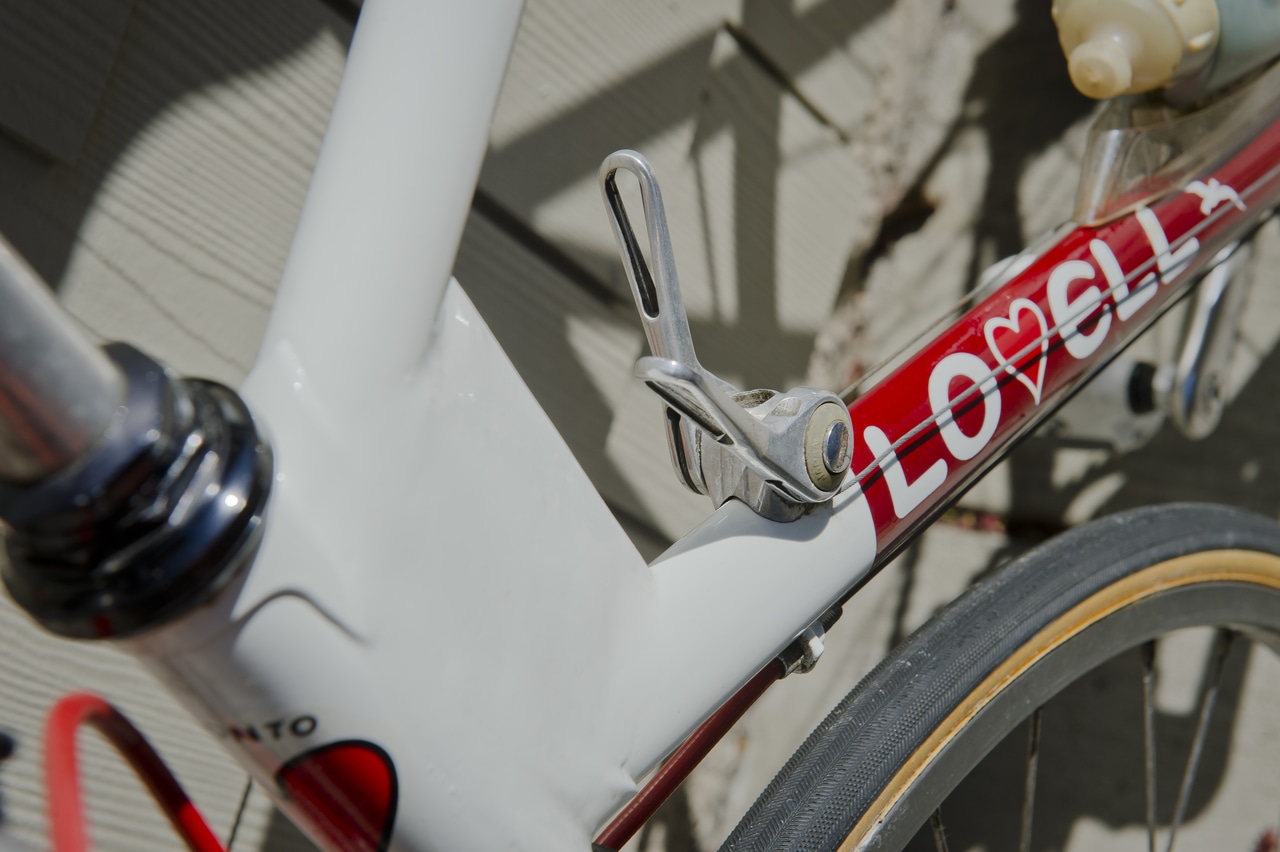 Our continuing series The Ride features special bicycles from current or past custom builders. Soon you will have the chance to profile your own bike in our Owner's Gallery coming to HBG very shortly.

Canada isn’t all about ice hockey, skiing and curling. Although winters are long in the Great White North, Canada also has a rich history in cycling, and this extends to custom, handbuilt bicycles. Italian-Canadian Giuseppe Marinoni, Ottawa-based Gilles Bertrand, Michael Barry, Sr. of Mariposa Cycles and mountain bike pioneer Paul Brodie are all well-known builders from Canada, and but for a tragic twist of fate, Jocelyn Lovell might have been added to that list.

Lovell’s story as a racer takes up a full chapter in the history book of Canadian cycling. Long before Alex Stieda, Steve Bauer and Ryder Hesjedal came on the scene, Lovell was putting a spotlight on Canadian cycling on the international stage. A colorful character who was born in Norwich, England, Lovell was a track specialist who dominated the kilometre time trial event during the 1970s, winning a silver medal at the World Championships in 1978. He also won two Pan-American Games golds in the kilo, and a total of four gold medals at the Commonwealth Games; one in the kilo, two in the 10-mile scratch race, and one in the tandem sprint along with Gordon Singleton. 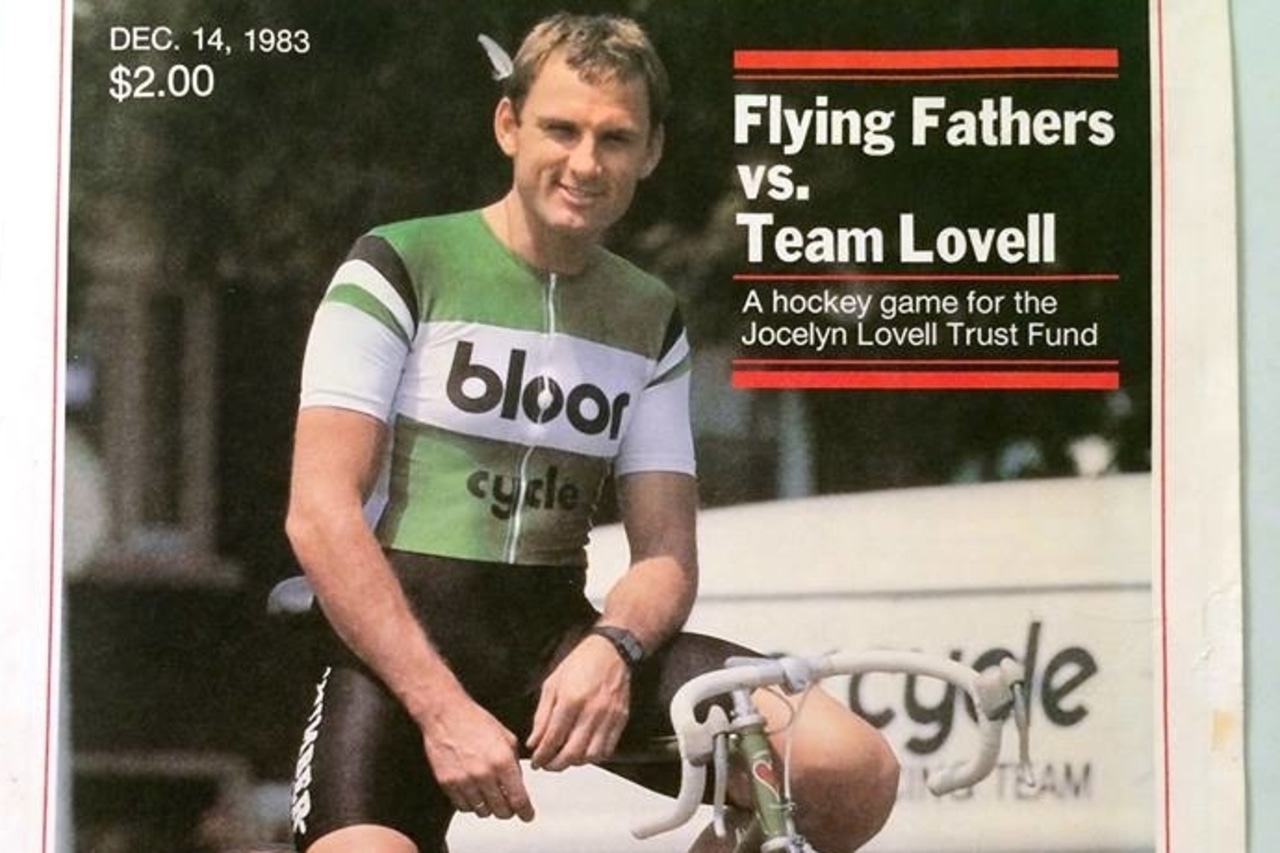 Jocelyn Lovell on one of his own bikes in the early 1980s. Photo: Vince Lupo/DirectionOne Inc.

Jocelyn Lovell also plied his trade on the road circuit and was a familiar figure at criteriums and road races throughout North America into the early 1980s. The multi-faceted racer required a stable of bicycles for all the events he competed in, and Giuseppe Marinoni was his long time sponsor, supplier and mentor. Sometime in the late 1970s, Lovell wanted to build his own frames with his name on them, and much like how Eddy Merckx turned to Ugo DeRosa for mentorship, Lovell sought and received the guidance of Giuseppe Marinoni.

Lovell’s bicycles are notable for their innovation. As a track racer, Lovell was keenly aware of how aerodynamic tube profiles and rider position could increase speed, and so his frames feature aero tubes and tight geometries. Lovell was apparently one of the first builders to feature a split seat tube on one of his frames. It was configured this way to allow for a tight rear triangle that actually put the front edge of the rear wheel between the forks of the split seat tube. 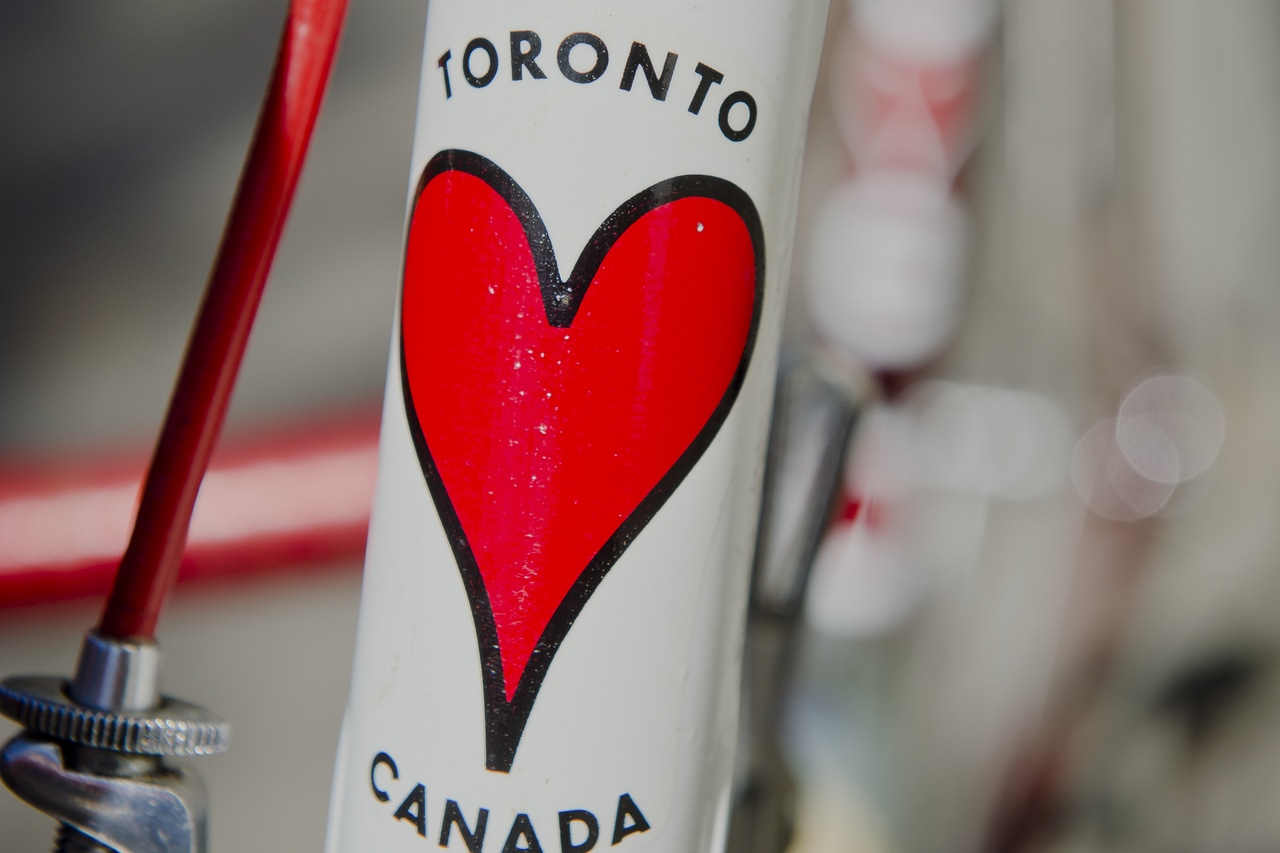 No disputing where these bikes come from!   All photos Vince Lupo/DirectionOne Inc.

Because Lovell was still racing a full schedule when he set up his framebuilding business, he wasn’t a prolific builder. Total production numbers are unknown, but Lovell bikes are a rarity today. Partly this was due to Lovell’s own self-imposed pursuit of perfection. In a 1982 CBC television segment, he said, “my name goes on each one of the bikes I produce, so it’s got to be a masterpiece.”

Another reason there aren’t many Lovell bikes on the road today is because the brand never really got a foothold in the custom bike industry before it suddenly came to an end. On the afternoon of August 4, 1983, Jocelyn Lovell went out for a training ride in the countryside surrounding his home in the northwestern outskirts of Toronto. He was hit from behind by a dump truck and dragged 100 meters. He was very lucky to survive the collision, but it left him paralyzed from the neck down for the rest of his life.

Unable to continue building frames as a paraplegic, Lovell sold all of his frame shop equipment to fellow Toronto resident Mike Mulholland, who formed Cyclops Bicycles and built frames of renowned quality and finish until his death in 2005. So Cyclops carried on the quality tradition of Lovell Bikes, but the last frame built by Jocelyn Lovell himself dates to sometime in early 1983.

Vince Lupo, a Toronto native and current resident of Maryland, USA who runs a photography business, is a former racer and current bicycle collector who reckons that he owns the second-to-last bicycle built by Jocelyn Lovell, a time trial specialty bike. Lupo bought the bicycle from the owner it was originally built for in late 1984, but he recalls meeting Lovell and his wife Sylvia during a visit to their shop.

“I met [Lovell] really only one time – I bought the bike from the person for whom it was originally built in late 1984 – and I rode out to Jocelyn and Sylvia’s shop in December 1984.  A friend of mine wanted to look at a pair of speedskates that Jocelyn was selling, so he and I both rode out to Etobicoke (west-end Toronto) to check them out. I mentioned to Jocelyn that I bought this frame, and he recalled the fellow’s name and then told me “there’s only one of those around!”.  I believe it was the second-to-last frame he built before his accident in August 1983. So the frame dates to late ’82-mid ’83. The previous owner used the bike with all the Dura-Ace components that are on the bike, including the Shimano AX aero water bottle/cage (which I still have). He was also using Roval aero wheels, which he held onto. Pretty weird wheels for the time!” 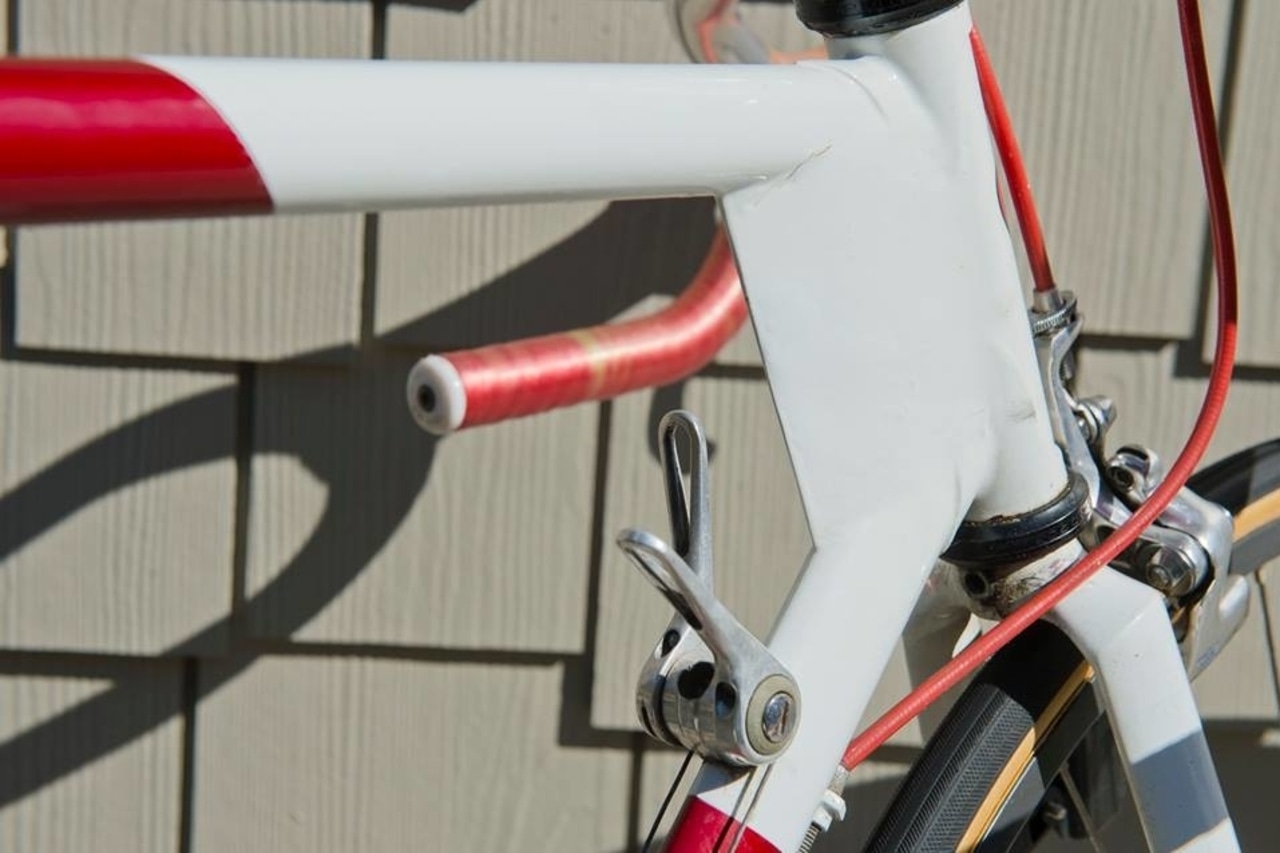 Even in a large city like Toronto, the cycling community is pretty tight, and the bike’s original owner was Lupo’s friend.

“The bike was built for a fellow named Bruce Wille – I knew Bruce pretty well, and he started a racing team which I ended up joining (interestingly, Sylvia and Jocelyn’s company, Lovell Racewear, made the jerseys for the team and I still have mine). He mentioned that he had this frame, and at the time I had a 57cm Alan bike that was too big for me. When I first saw the frame, it was sitting on the floor of his apartment. Bruce was getting a custom-made frame from Mike Mulholland, so I guess the Lovell was no longer ‘doing it’ for him,” writes Lupo.

One thing is for certain: Lupo's bike is truly one-of-a-kind. "Jocelyn told me that this was the only frame like this that he built. It's possible that it was painted by Mike Mulholland of Cyclops Bicycles," he said.

Lupo’s Lovell bike embodies the penchant for speed that its builder had. Advanced for its time, the bike features the revolutionary Shimano Dura-Ace AX groupset with the aerodynamic centerpull brakes that presaged Campagnolo’s later Delta design. The brakes were so far ahead of their time that Lance Armstrong used them on his time trial bikes some 20 years later. Foreshadowing an aerodynamic trend that is still popular today, the rear brake is mounted under the chainstays. 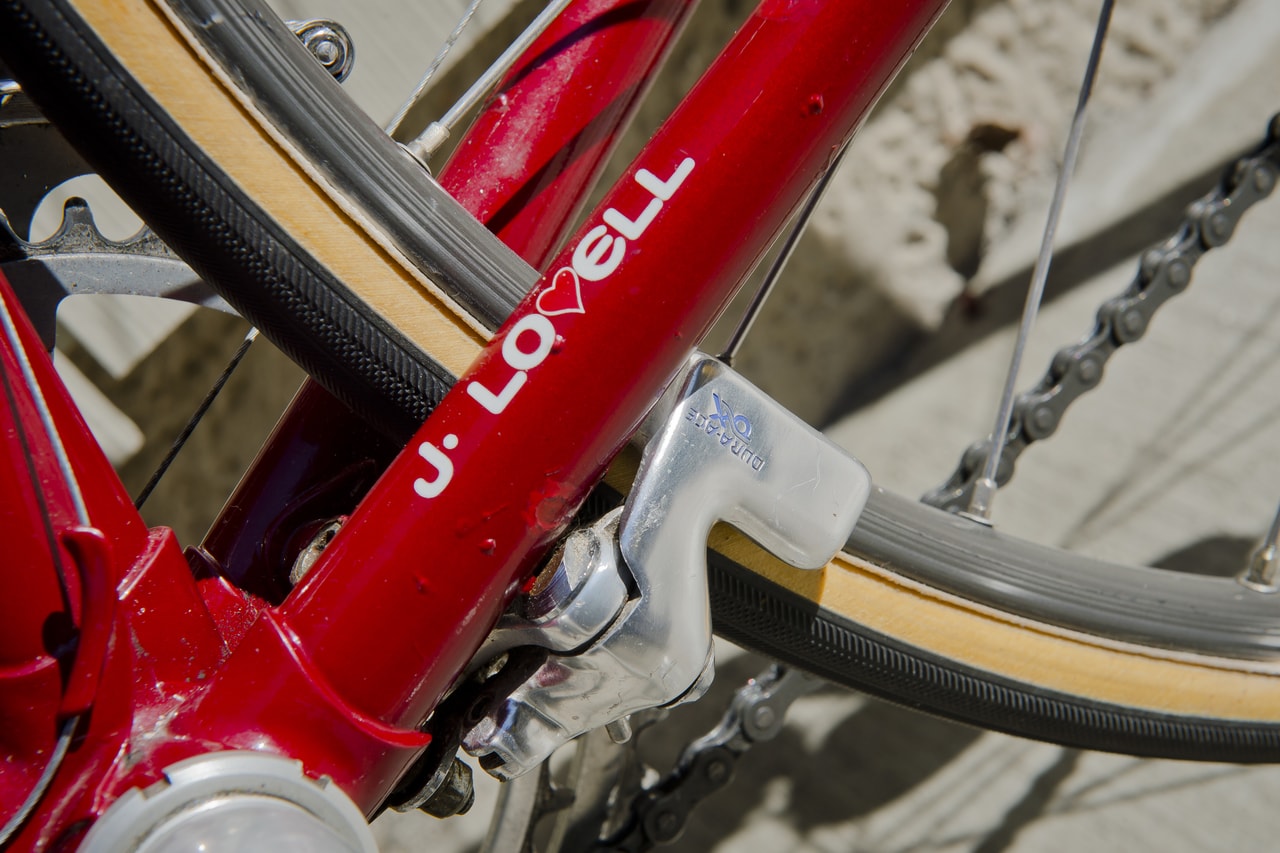 Other unique features are the “fin” behind the head tube, thought to smooth airflow around the front of the bike, a Shimano AX aero water bottle, top mount shift levers that were a growing trend in the early 1980s, and a set of track-style handlebars with a v-drop design. 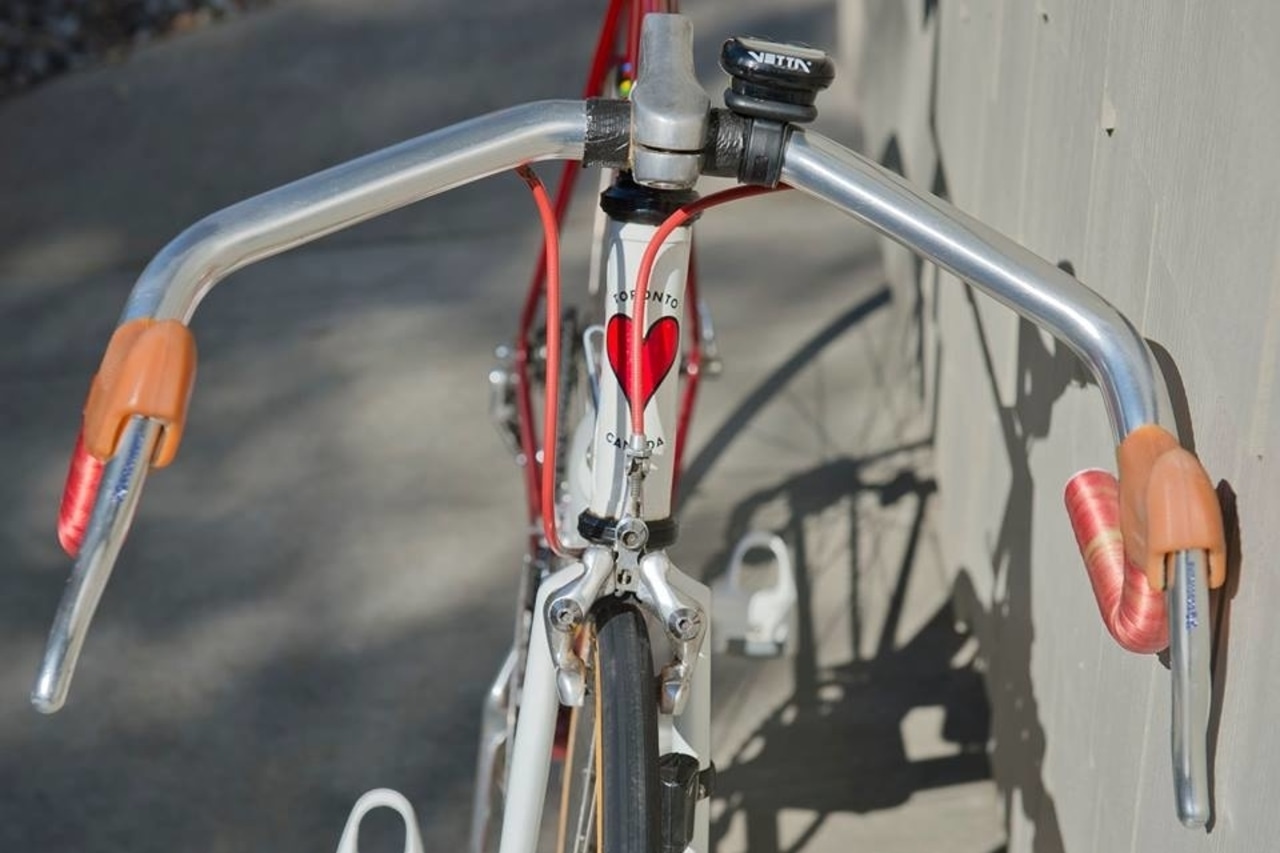 Although Jocelyn Lovell never returned to framebuilding, those in Canadian cycling circles still held him in high regard. A measure of this respect was a visit from Giuseppe Marinoni, Lovell’s former mentor, for consultation on training, technique and equipment in advance of Marinoni’s successful Age 74-79 Hour Record attempt in 2012.

Lovell passed away on June 3, 2016 at age 65. Canadian cycling lost a legend far too soon, but his legacy of perfection and innovation lives on in the bicycles that bear his name. 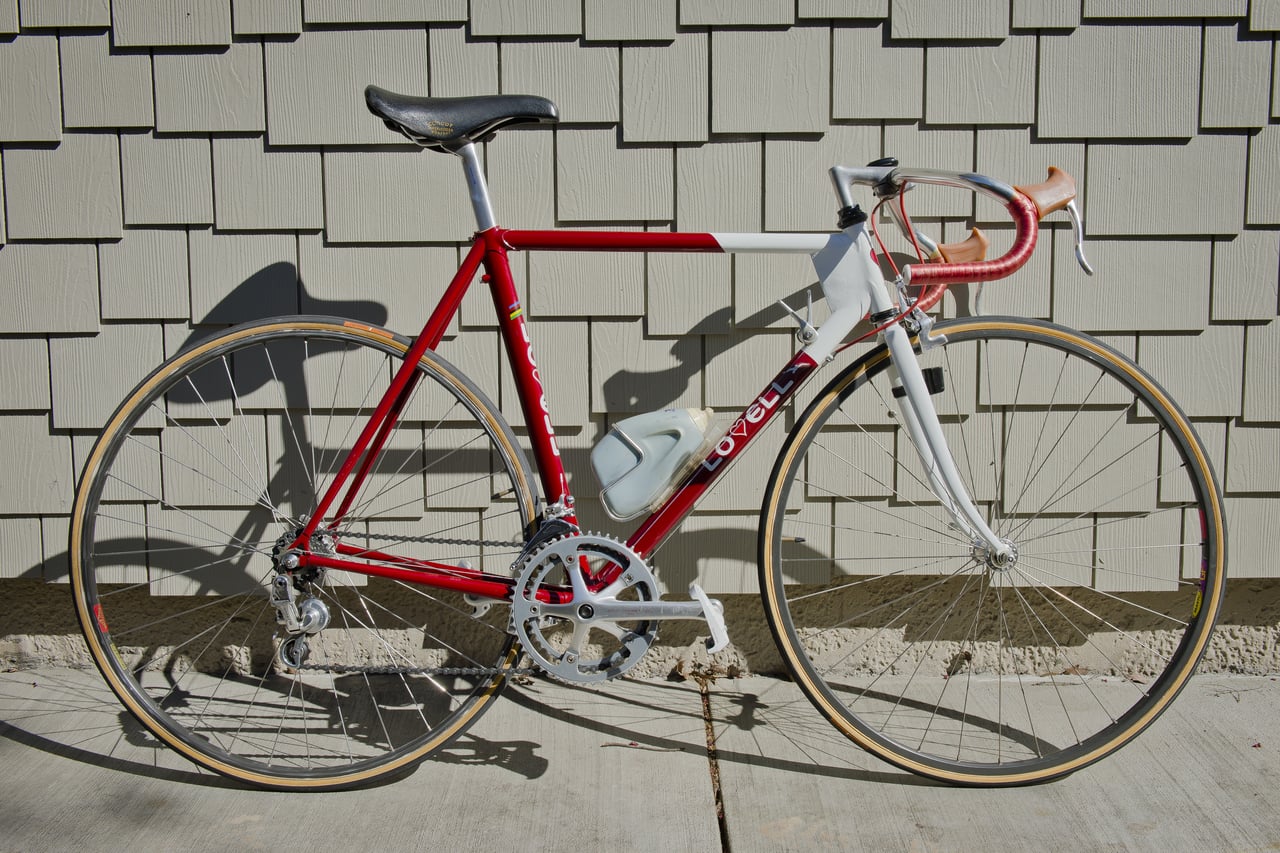 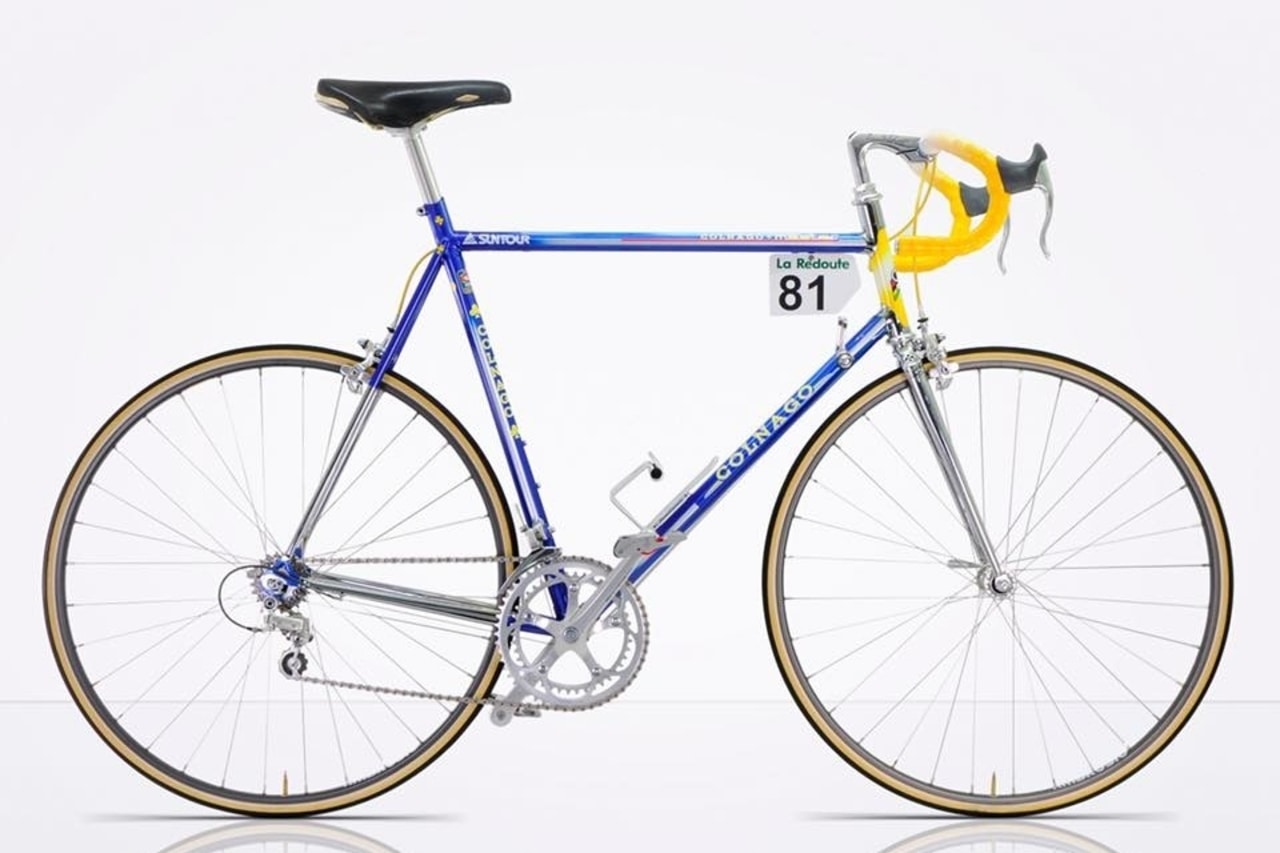 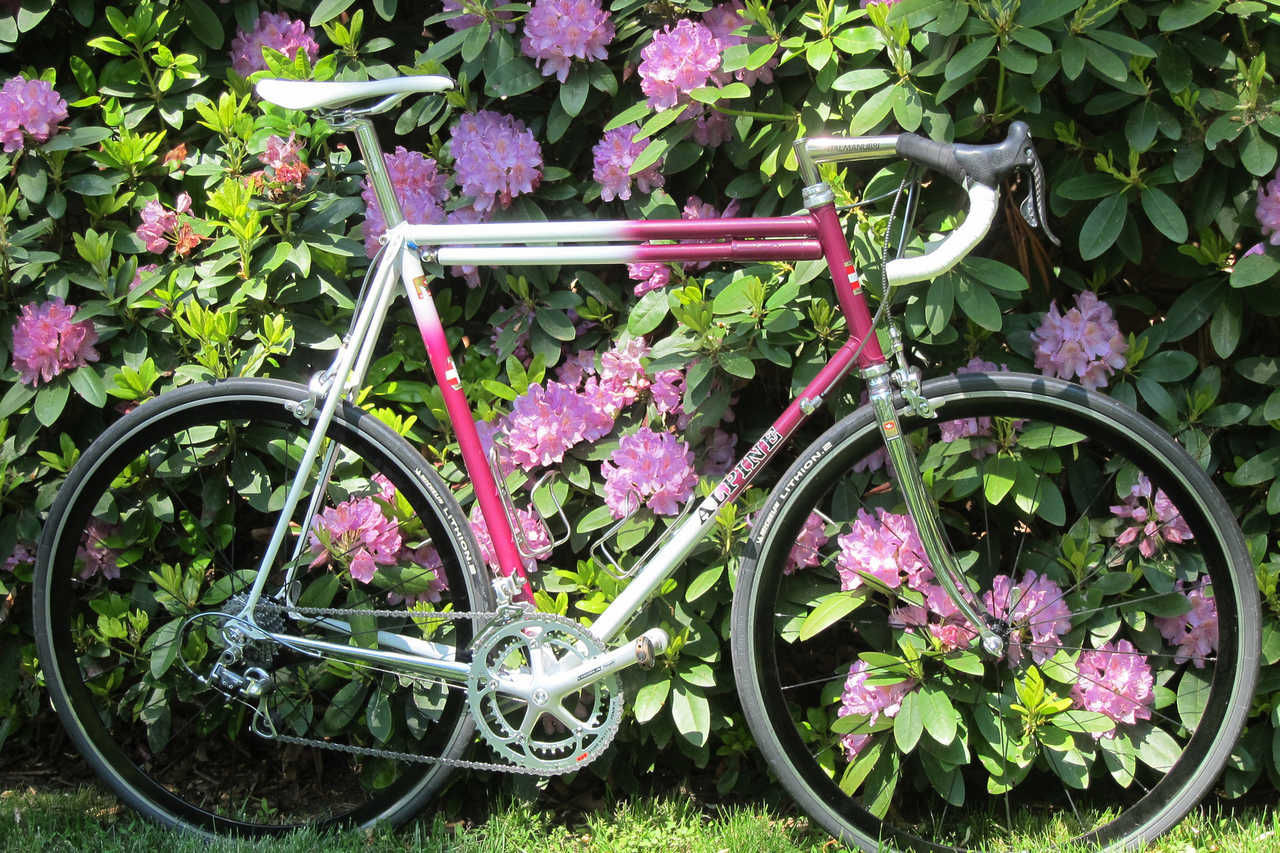