Handbuilt custom bicycles spanning several eras will be ridden and displayed at Paso Robles, California, April 8-10, in the second edition of the historic and cultural cycling celebration that is Eroica California. 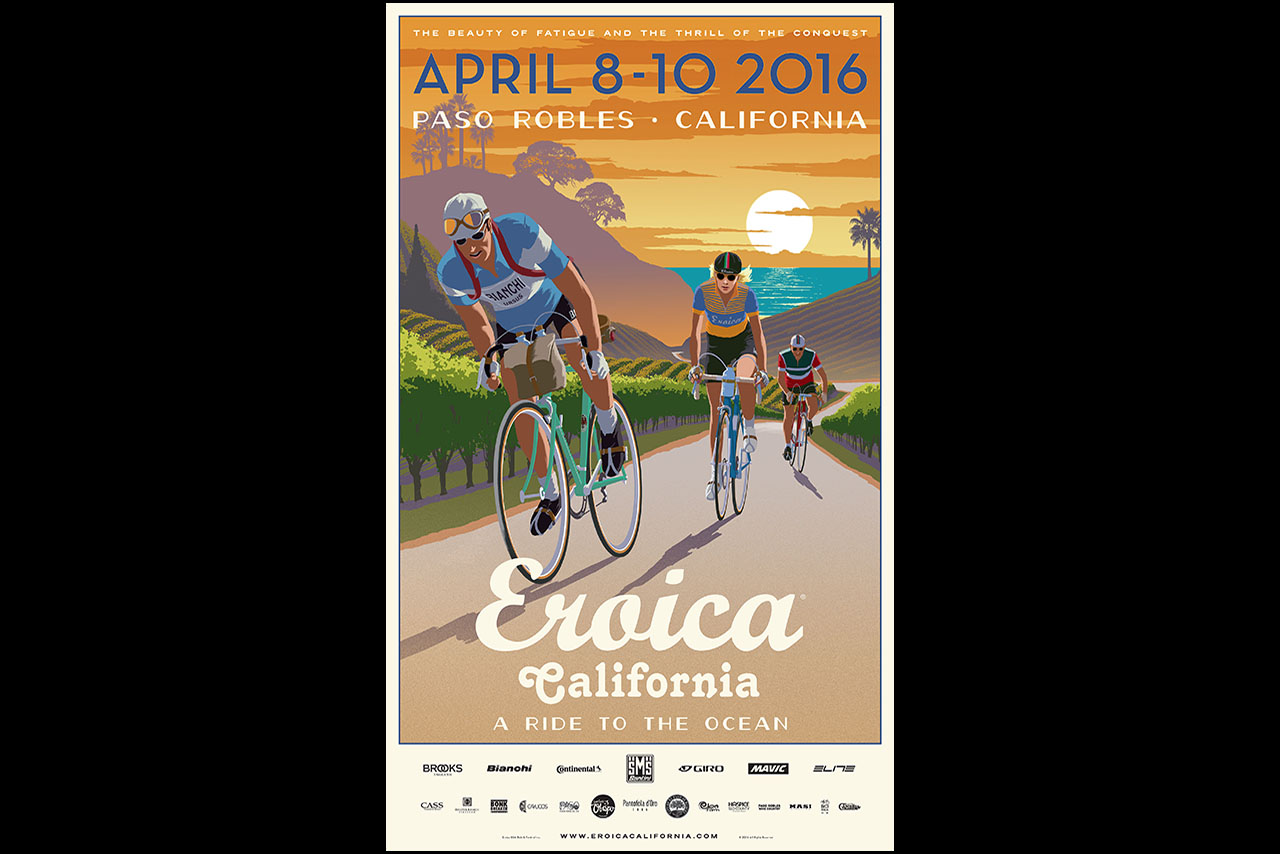 The late Steve Hed had a talent for seeing the future of cycling. Back in 2009 he went to the organizers of the fledgling Levi’s Gran Fondo and advised them to make use of the myriad fire roads in the Santa Rosa area. “The strade bianche rides they’re organizing in Italy now, that’s going to be the next really big thing in cycling,” were his sage words.

We’ve all seen the flourish of gravel grinder events and purpose-built bicycles since then, proving the bike wheel guru right long before his passing in 2015, the first year in which the Eroica organization held their inagural ride in California, under the local management of Japanese ex-pat cycling enthusiast Wesley Hatakeyama.

Eroica California, like its Italian madre, is a practical celebration of vintage handmade bicycles. The rules of the event dictate bicycles must be made prior to 1988, or at least made in the spirit of those bikes, which for the most part means lugged steel. Participants in the tough dirt-road rides are encouraged to wear period clothing, so first-timers can expect to see a lot of wool in the start paddock.

After its successful first year, Eroica California will approximately double in size for its second outing with around 900 cycling enthusiasts registered for the three-day celebration spanning April 8–10th in the small city of Paso Robles, about 200 miles north on Highway Five from Los Angeles. 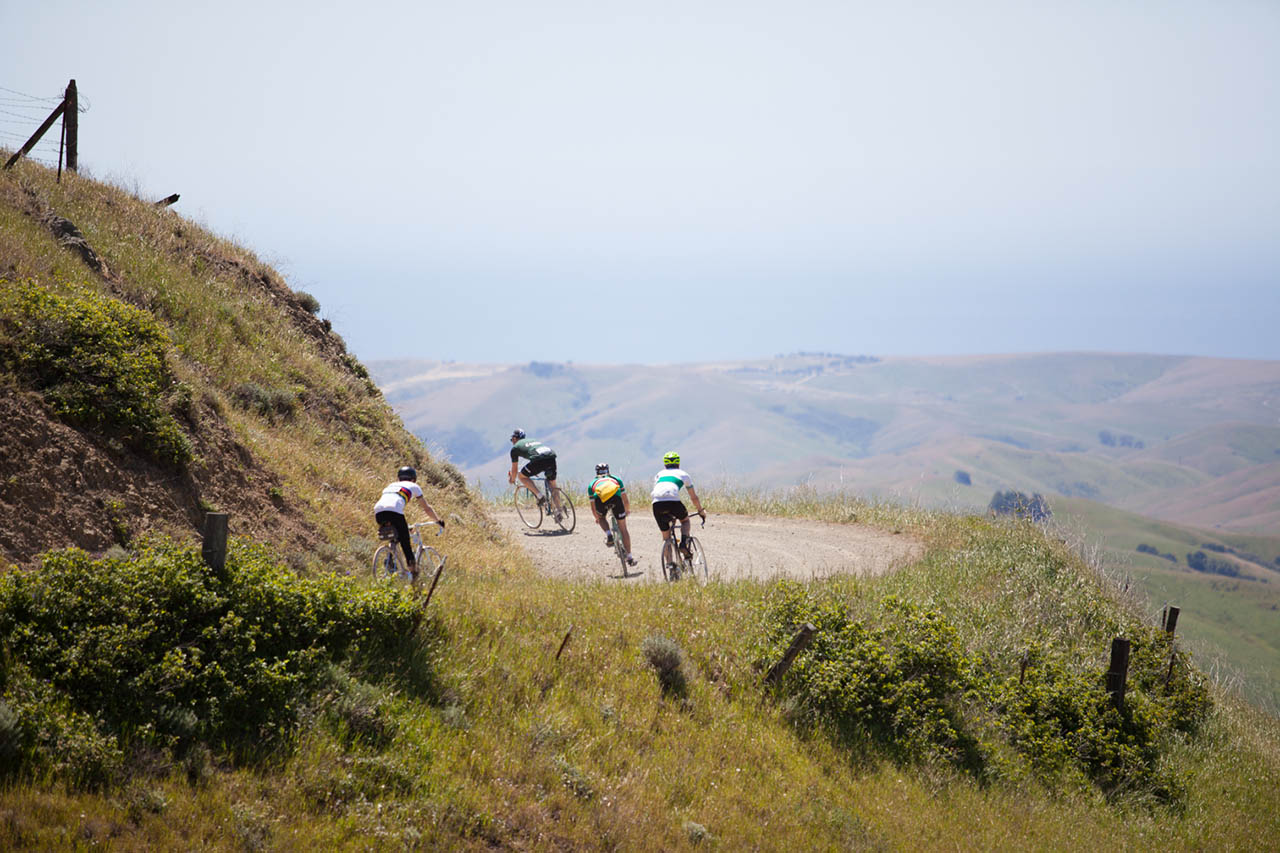 For lovers of vintage bikes, Eroica California is an oasis. It is quite different from the handbuilt bicycle shows that have been popularized by NAHBS in recent years. The NAHBS-type events showcase current builders and their newly-made work. Eroica is also a magnificent display of elegant and beautiful bikes, but it's all about the history of the sport and the rubber meeting the road - both sealed and dirt.

Most bikes ridden or shown at Eroica bear no resemblance to today’s gravel-specific machines. Think frames made of Reynolds 531 and Columbus SL, adorned with long discontinued components by Campagnolo, and brands that have disappeared such as Simplex, Mafac, Huret, and Stronglight.  Many of the bicycles will roll on 21 mm sew-ups sew-ups, and a narrow range of gears sometimes with five cogs or less on the rear hub. 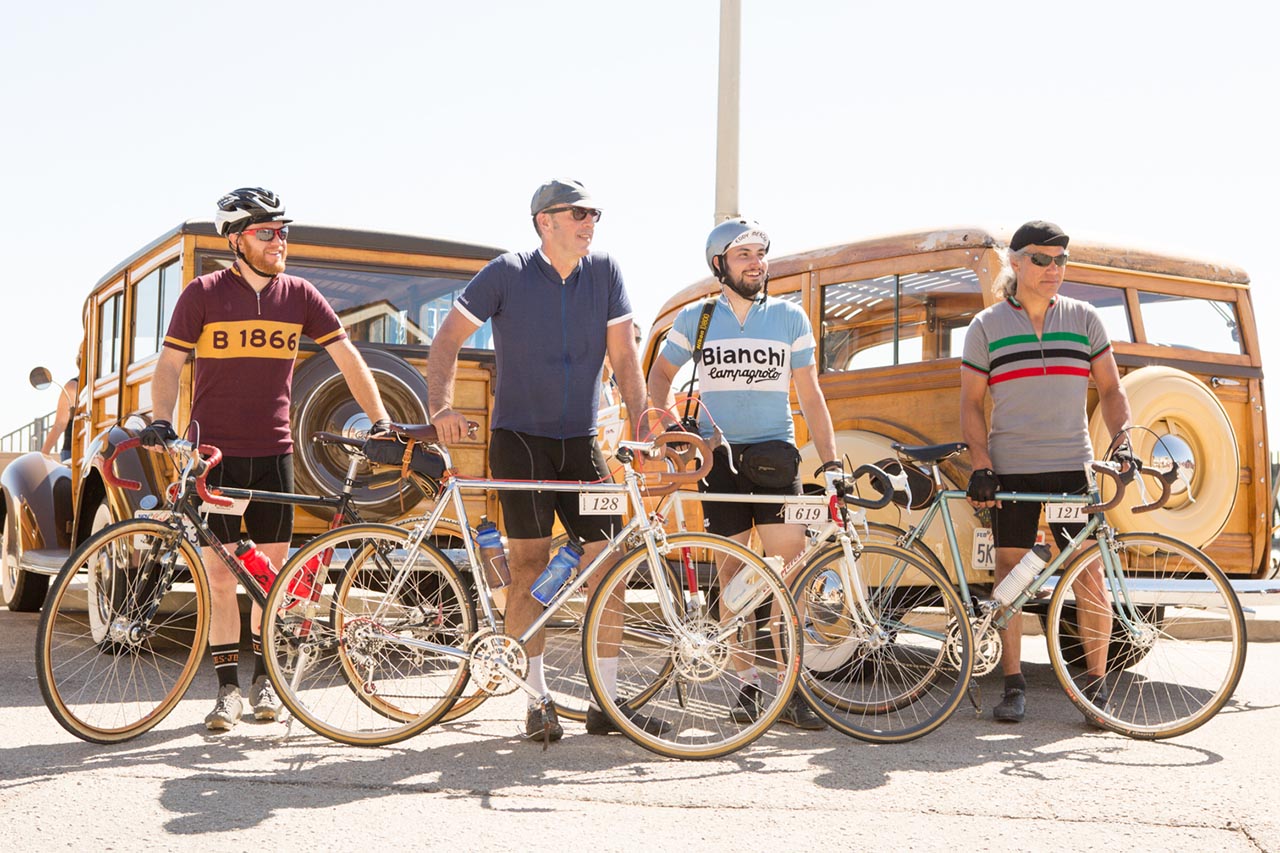 Along with the ride, there is a Concours D’Elegance, which is presented by Masi.  When one thinks of Masi, a few things come to mind: a famed workshop under the Vigorelli Velodrome, a builder of frames ridden by Eddy Merckx and other great champions, and Americans may recall it’s the bicycle used by the character Dave Stoller in the 1979 movie, “Breaking Away”.  Dave Stoller was played by actor Dennis Christopher, who will be making an appearance at the 2016 Eroica, along with one of the Masi bikes used in the movie.

Masi, originally an Italian brand, has strong ties to California. In the early 1970s the company established a frame building shop in the San Diego area.  Masi California frames are regarded as even finer than those produced under the boards of the Vigorelli.  The people that brazed, filed, and painted these frames and assembled them into bicycles went on to establish other legendary made-to-measure brands, such as Confente (Mario Confente), Wizard (Brian Baylis and Mike Howard),  Medici (Bill Recht, Gian Simonetti, and Mike Howard), Brian Baylis, Dave Moulton, and Dave Tesch.  Masi California even has offspring in the legendary paint shop of CyclArt (Jim Cunningham).

While Paso Robles is more than 300 miles from the site of Masi California, there is every likelihood that many bikes produced or influenced by that workshop will be both in the Concours and on the roads between the wineries and orchards that compose the Tuscan-like parcours of Eroica. Brian Baylis may have passed away only recently, but the legacy of his exceptional talent with a torch, a file, and paint gun will be widely present.

While some of what is to be showcased may be highly collectable, and viewed by some as too rare, too pretty or too precious to ride, particularly on gravel roads, others recognize that these are state of the art machines, manufactured not only to look great, but to ride better than anything else on offer.  Eroica California offers an outstanding west coast setting for the purpose.