Philadelphia-based Engin Cycles displayed a Ti hardtail mountain bike at the 2016 Philly Bike Expo built for the trails of northern California, but equally at home on local trails that builder Drew Guldalian claims constitute "some of the best urban single-track in the country." 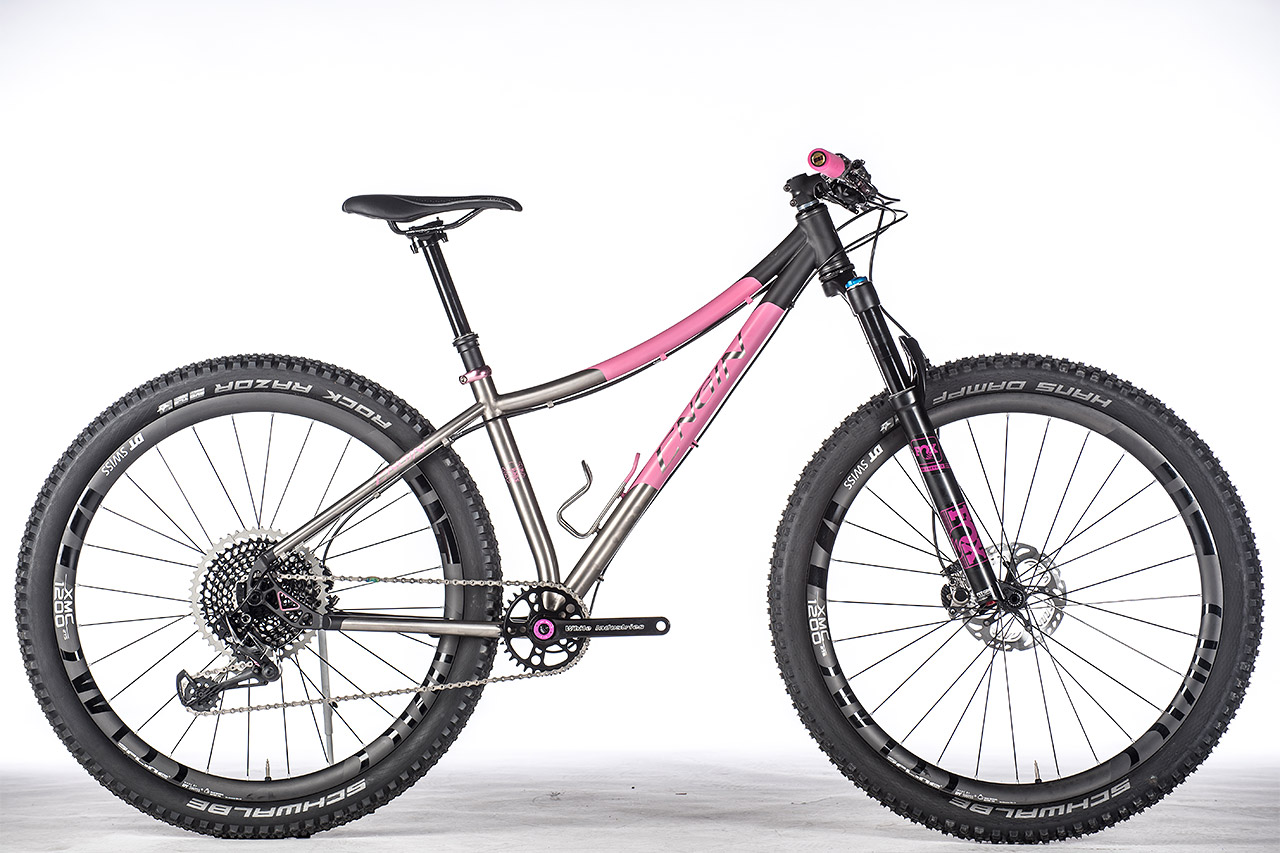 The head tube is made by Paragon and it arrived in Drew’s workshop pre-etched with his company logo. Drew then stenciled the Paragon logo onto the top of the matte-finish top tube paint. 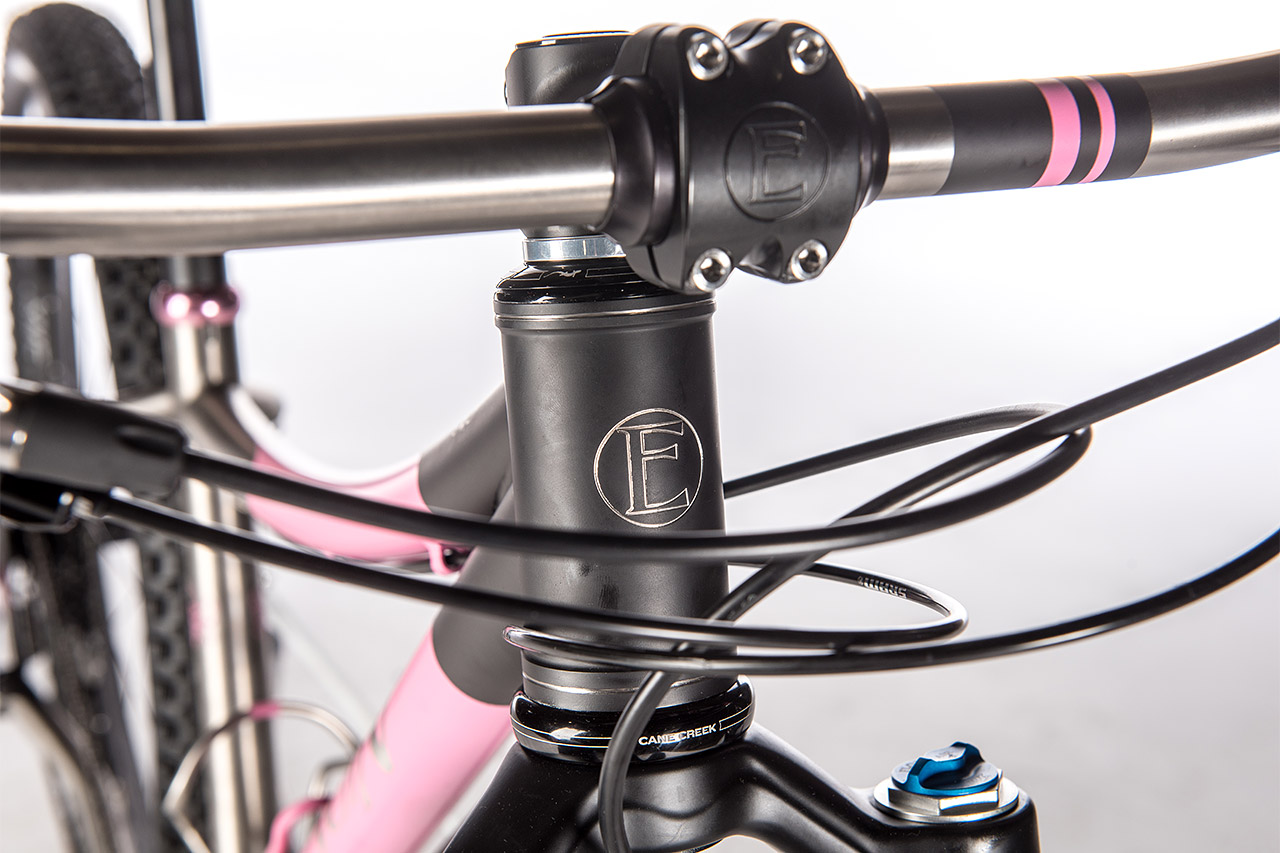 A little curve was applied near the bottom of the seat tube to provide some extra clearance for the rear tire. It’s a 1 ⅜” tube bent around a 6” radius. Up at the top, there’s a 120mm dropper seat post. “Everybody wants those these days,” says Guldalian. 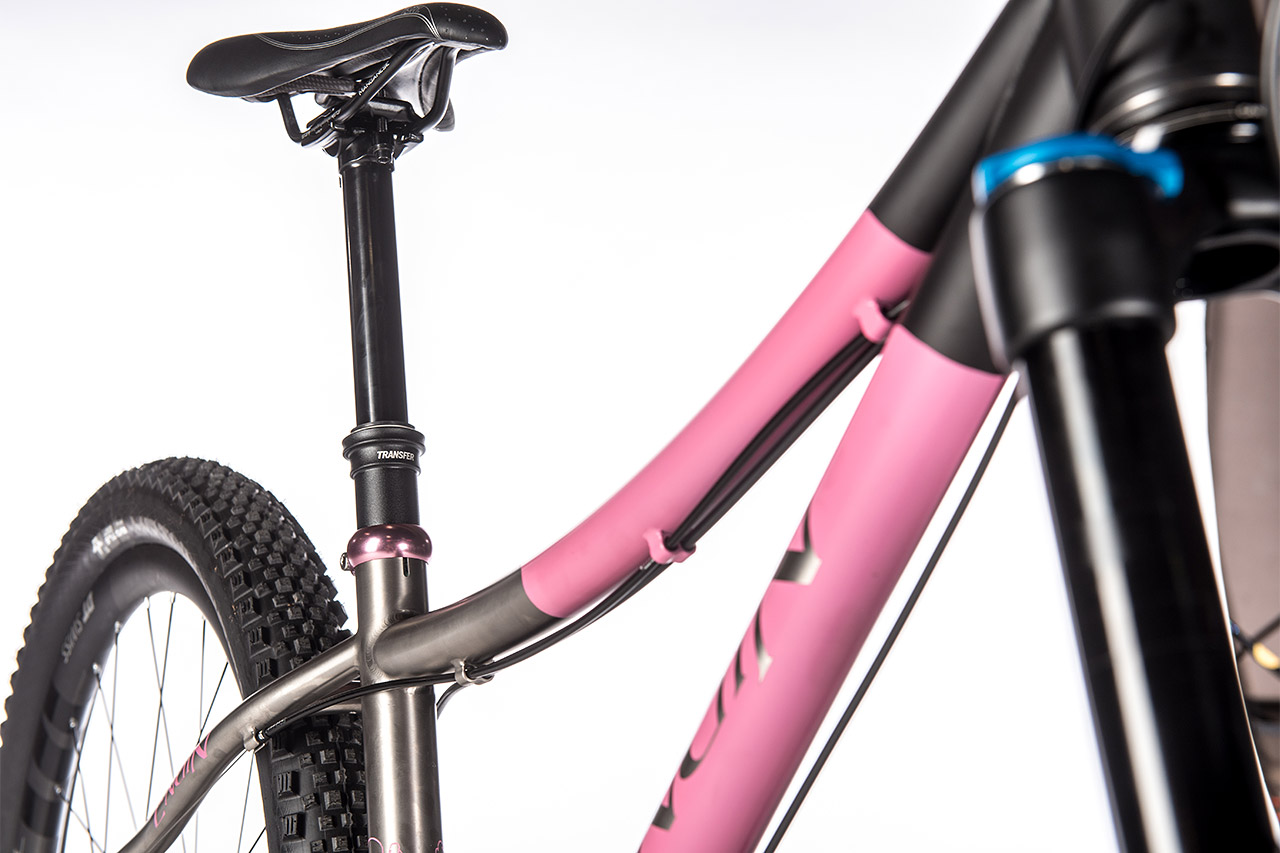 The part of the bike he’s most proud of though is the rear dropouts. “Mark asked for Engin dropouts, I’m honored by this,” said Drew. His pride is understandable given that Paragon makes a hugely popular rear dropout that sells around the world. “I bought a CNC machine two years ago instead of going to NAHBS,” he explains. 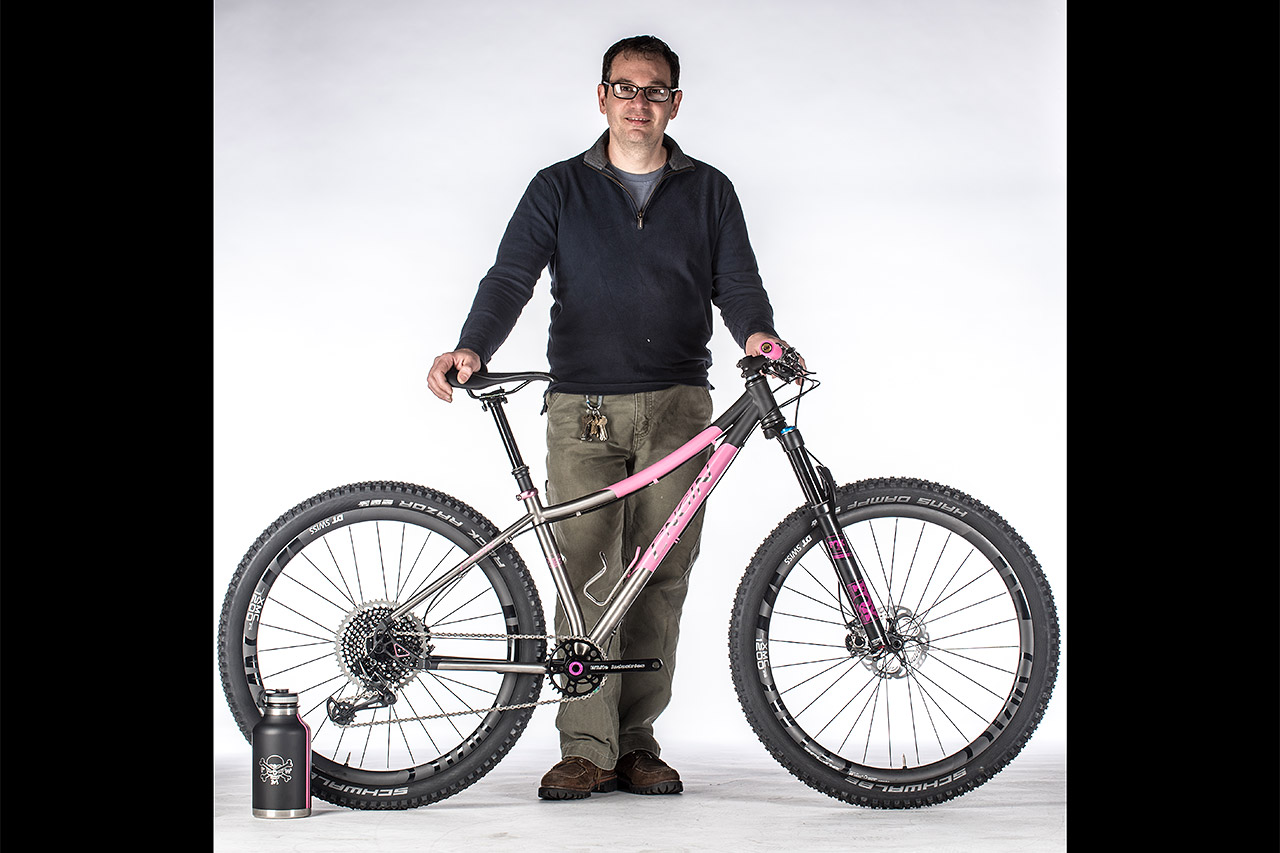 In conversation, Guldalian expounded the qualities of the urban single-track riding within the Philadelphia city limits. He reckons it has to be some of the best urban single-track in the country and he’s open to proving this to any journalist or blogger traveling to Philly for the 2017 expo.