The Philly Bike Expo concluded Sunday, November 6th, notching up a seventh successful edition, and with a large array of dazzling bicycle artisanship it grows in status within the handbuilt custom bicycle world. Attendance was good despite a strike by public transport workers in the city of Philadelphia. 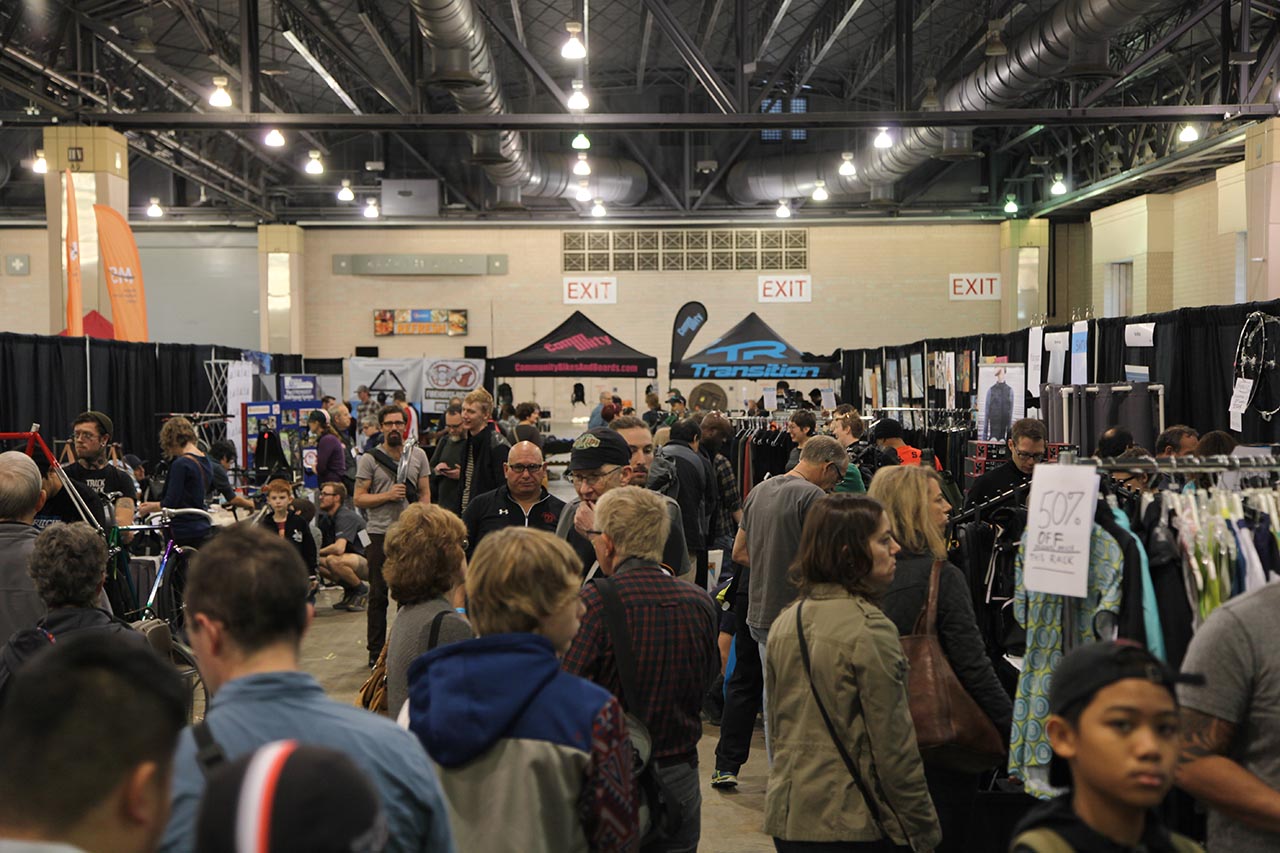 In its seven year history, the Philly Bike Expo has survived a freak October snowstorm in 2010, Hurricane Sandy in 2012, and for the 2016 edition a public transport strike was taking place over the expo weekend. Once again legions of cycling enthusiasts from around the USA were undeterred and the aisles were filled for two days with enthusiastic throngs enjoying the offerings of many leading companies in the cycling industry, November 5th and Sunday November 6th at the Philadelphia Convention Center.

“The Philly Bike Expo is such a great event for all people of all ages there is no reason not to be here,” said Bina Bilenky, Philly Bike Expo Organizer, "in Philadelphia people have biked here, driven, and walked to attend. It’s a really great feeling to see all the people here.”

The Philly Bike Expo boasts over 150 national and international vendors.

Highlights included seven product launches, more than 40 custom frame builders, 18 seminars, 10 artisan demonstrations and displays, and eight rides. For those arriving by bike Neighborhood Bike Works ran a free valet service, city officials presented plans for bicycle infrastructure development, panel discussions covered a wide range of bicycle design subjects: it felt as if the many worlds of cycling might have been mixed and distilled into this one event.

Minneapolis frame builder Erik Noren, of Peacock Groove and Cake Bikes, won the People’s Choice award for his Purple Reign cyclo-cross bike. The bike will be painted by artist Jeff Williams as the subject of the 2017 expo poster.

Those with the urge to test ride bikes in the show hall were allocated plenty of space. The Pello bikes course for kids was in constant use, and for adults Cruz recumbent bikes, Haley tricycles and the whole Transport Cycles lineup were available with helmets for all bikes provided by Bern.

Stephen Bilenky, co-founder of the expo said he started it because, “Philly has a great cycling culture and something needed to be done. The expo is almost a big family event, since we all know each other.” He added, “We have something for everyone including local bike shops and indoor test tracks that allow people to try out bikes and get an idea of which bike you like before you buy.”

The expo wrapped up Sunday evening with a tribute to frame builders who passed away during past two years. A special display area in the Bilenky Cycle Works booth was reserved to showcase the work of these frame builders and their contributions to the cycling community.

Erik Noren of Peacock Groove speaks about his Jelly Nougats bike during the Minnecycle 2016 event in May.