Part Three of our Concours de Machines coverage is a first-hand account by one of the contestants from Gilles Berthoud Cycles. 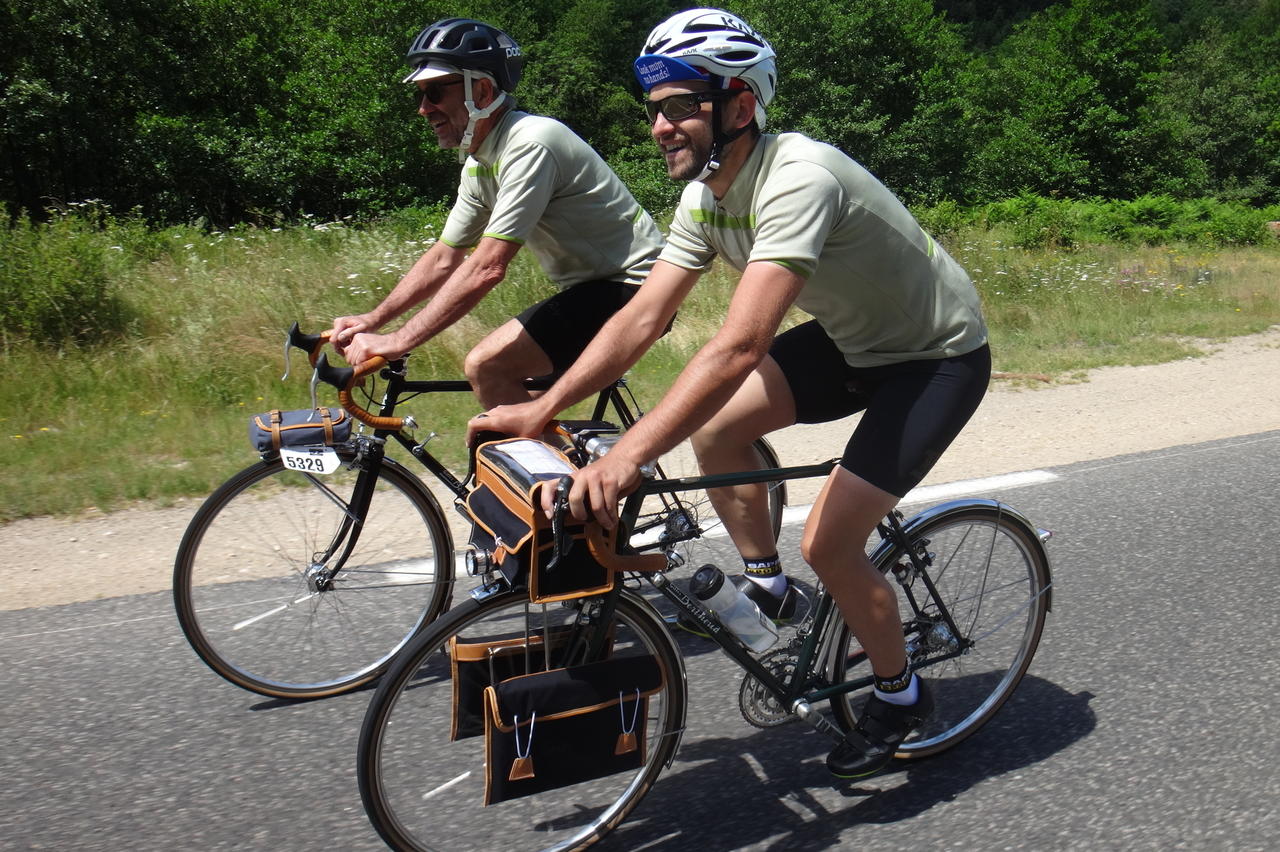 Gilles Berthoud SAS is a French company where a small team of artisans make high-end randonneuring bags, leather saddles, diverse accessories and bicycles. Although with their web presence and international reputation, they could theoretically build-to-specifications worldwide, Berthoud still prefers - and requires - clients to come into their shop in Pont-de-Vaux France, near Mâcon, for in-person measurements and fitting.

Gilles, the founder and 40 year-long leader, has been wanting to retire for a few years now, and the time and energy-consuming process of looking for investors, negotiating and rejecting candidates, has been slowing down the company, making its future uncertain.

Faced with investors not willing to keep the production in its current location, interested in only one aspect of this ”sum-of-parts” of a company, or more interested in selling the brand than keeping the high quality standard, a different project was built. Gilles teamed up with an investor named Philippe, who has experience in corporate management only equivalent to his cycling experience (first Paris-Brest-Paris in 1975, brevet rider…), to ensure the future of the company by bringing in and training young enthusiasts.

It is within this context that in late 2015 a young framebuilder and mechanic named Vincent Crétin found himself wanting a job with Berthoud, to better learn the trade and craft of framebuilding. This is his account of events leading up to and including the 2016 Concours de Machines. 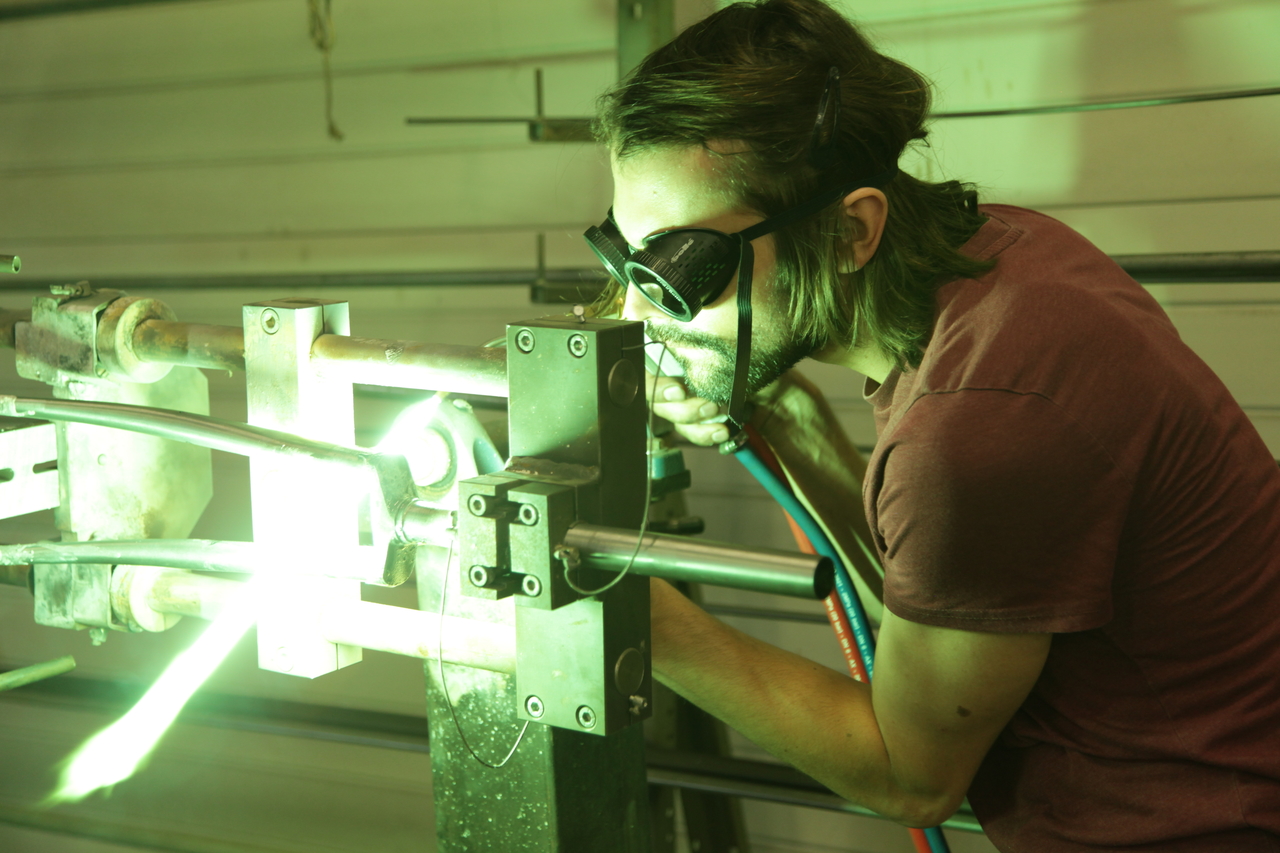 “I arrived at Berthoud in September (2015) to learn the craft of framebuilding and to become a constructeur. I had followed an (awesome) framebuilding course at The Bicycle Academy and called Gilles in July looking for an internship or any opportunity to watch a craftsman work while I would make coffee and/or sweep the floor. Gilles, Philippe and I met and discussed the project. My experience, interests and ideas matched so I moved back to France, after 8 years spent in Holland. 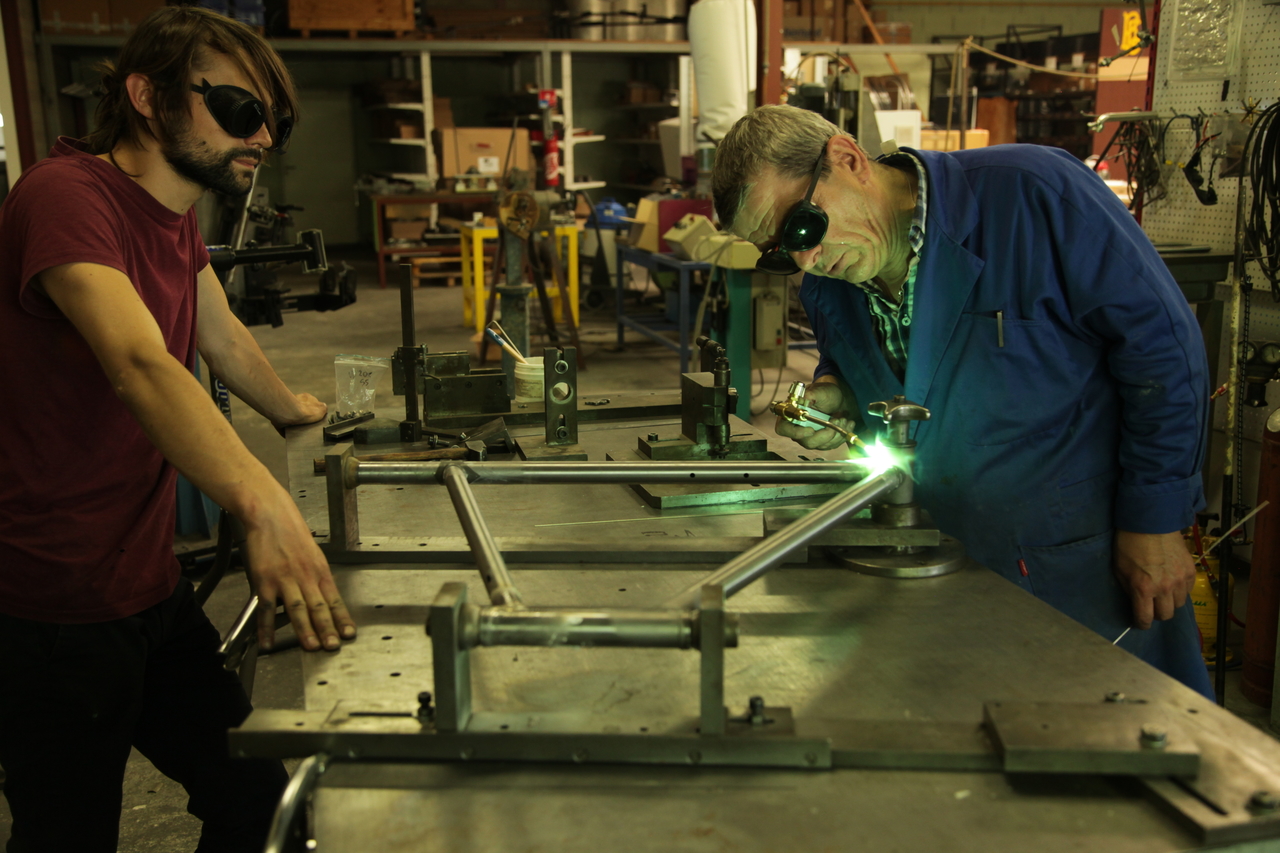 When I heard that Cycles Victoire and 200 Magazine were going to organise a Concours de Machines, I was stoked!

Besides the contest itself, its history (well-documented, notably in Bicycle Quarterly) and the thrill that comes with it, I was enthusiastic about meeting my fellow framebuilders, some of which I had been following online for years (JRD, Victoire, Edelbikes, Vagabonde…) I was also looking forward to seeing all these lovely machines gathered in one spot.

This event has been beneficial for bicycle manufacturers in many different ways. It has allowed them to show the superiority of their products, both in technical design/aesthetics, and durability on the road. Several manufacturers such as René Herse, Nicolas Barra (Barra Cycles), Jo Routens and René Singer established their reputations at the Concours de Machines. They built the precursors of modern bikes with innovations considerably ahead of their time.

On the pragmatic side of things, I thought the occasion was perfect to let people -and the press- know that the Berthoud company was still alive, that we were going to start building bicycles again, and that we had plans for the future. 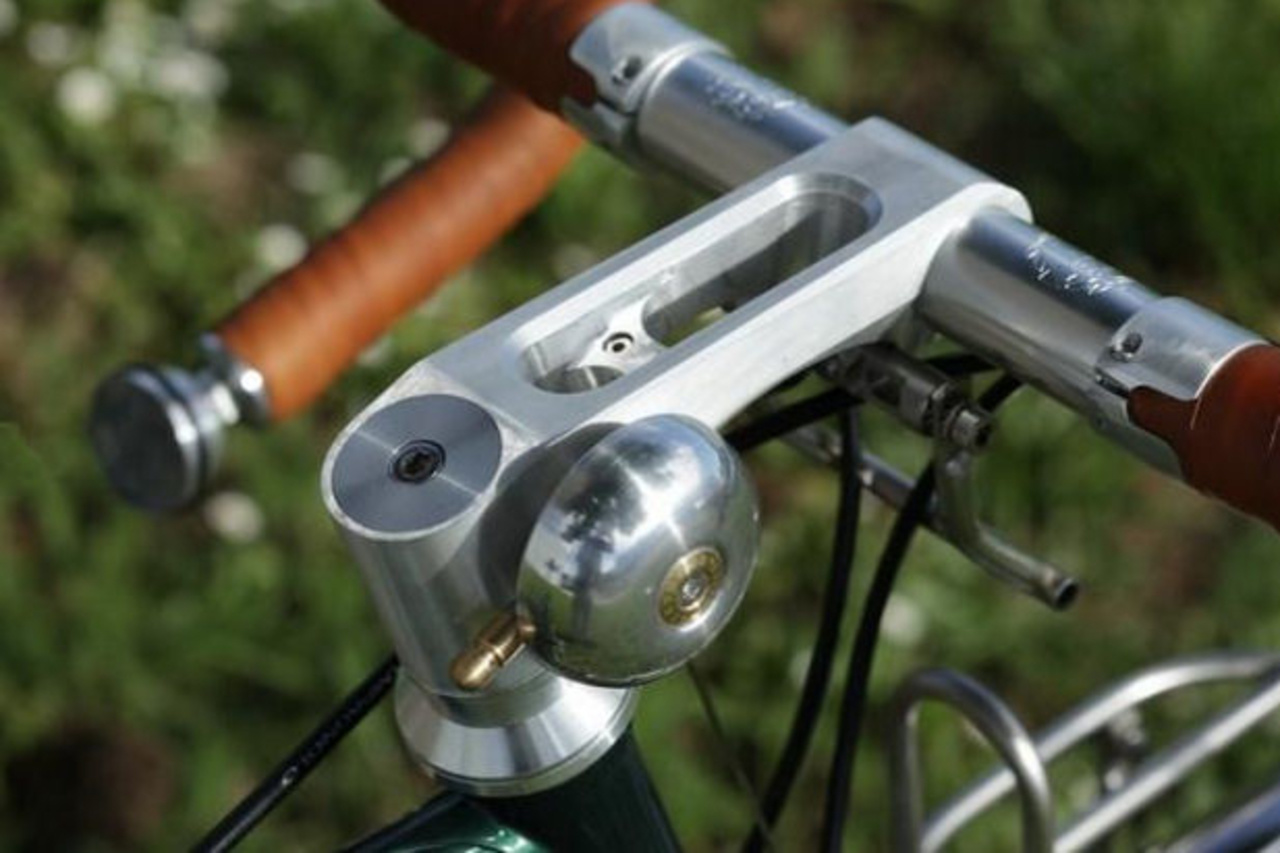 For the Concours, 22 components and accessories were designed and made in-house. These included:

These prototypes represent a new direction the company is taking. At the end of July, two new machines made their entry: a machining center and a 5-axis CNC lathe. They will allow us to design, prototype, and produce even more components in the near future.

The bike we showed at the Concours was the first one Gilles and I actually built together. It bears a “1” on the bracket shell and is the first of a long series, quite literally, as it is an example of a series of frames we are going to produce starting this autumn, in Dedacciai Zero Uno tubing. Randonneuses, made to perform well for a long time. 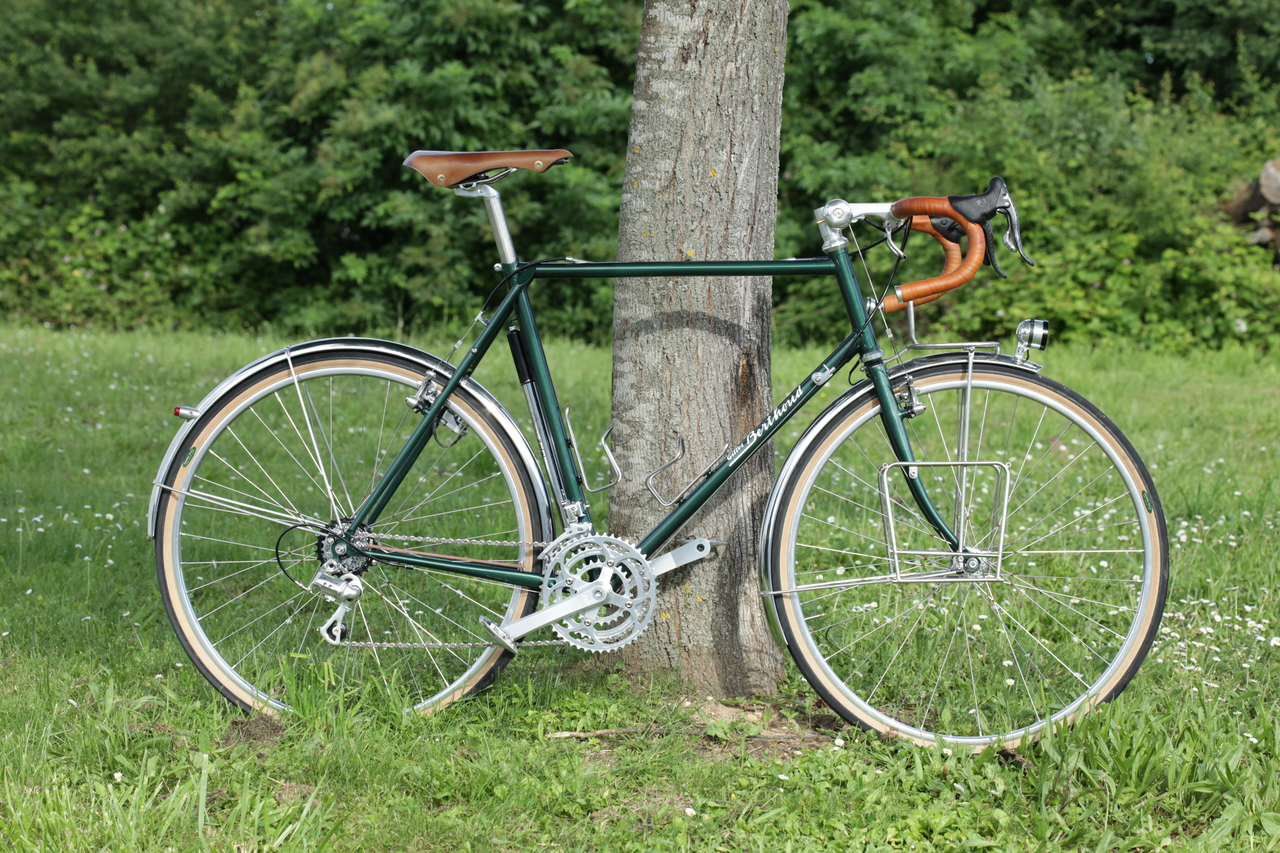 We finished in fourth place at the Concours, which is a very respectable result. The machine even finished first after the points count when all the criteria given by the organization were checked (number of homemade parts, Concours criteria met…).

My personal top five was very close to the one that eventually was chosen by the jury. The funky MILC-Goblin, the elegant Sebastien Klein, the understated Cycles Victoire, the beautifully crafted JRD. I would have liked to see Cycles Andouard get more credit for their beautifully crafted machine and excellent pilot, but oh well. I also liked the Vagabonde machine very much. It was elegant and inviting.

Aside from the end result, it was a lovely weekend during which I was lucky to meet my fellow builders, a guild I am proud to be a part of!

With assistance from Jon Woodroof and Vincent Crétin