Dave Moulton: from metalsmith to wordsmith

British/American framebuilder-turned-writer Dave Moulton will be at the Classic Rendezvous Weekend in Greensboro, NC June 10-12, recounting tales from his years in the workshop. 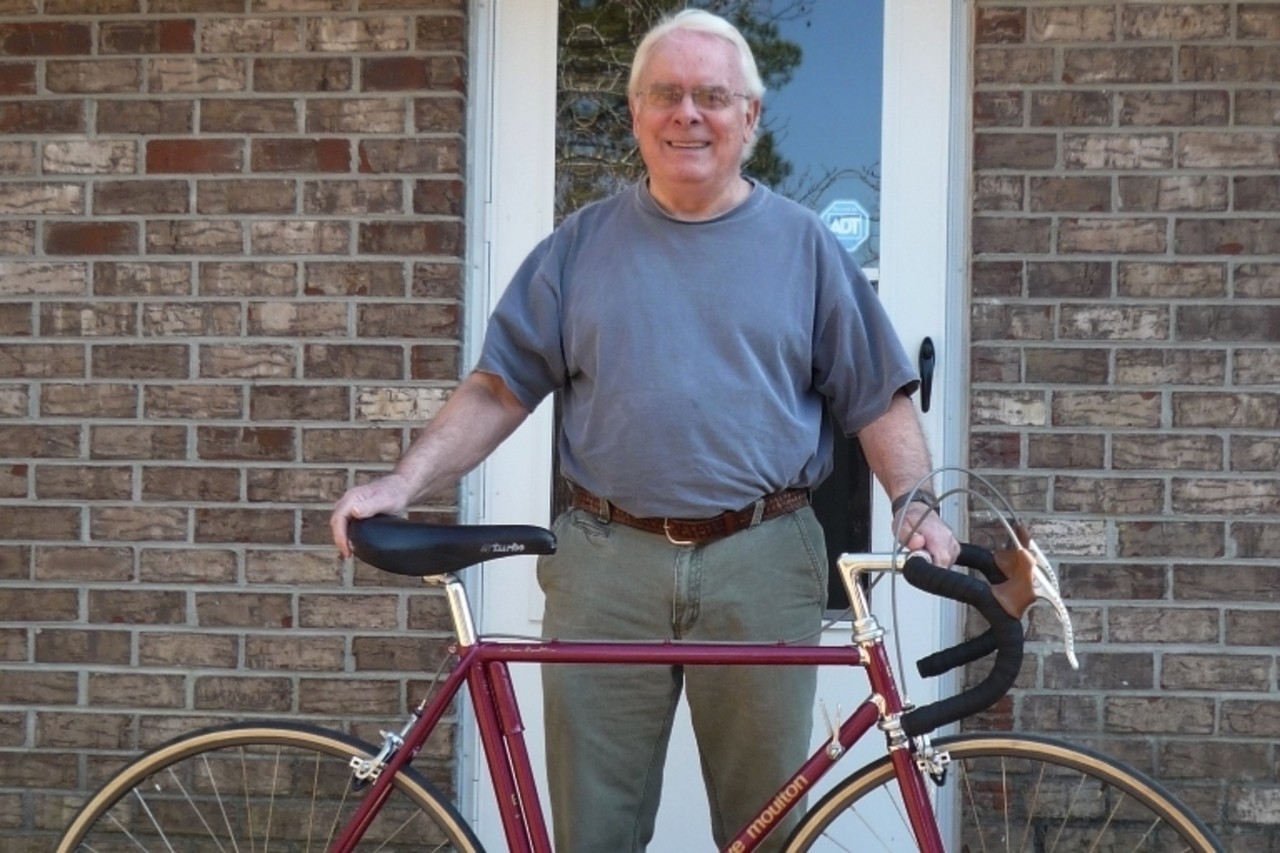 Renowned frame builder Dave Moulton heads up a seminar at the Classic Rendezvous Weekend bicycle show on Saturday, June 11 in Greensboro, North Carolina, in which he recounts tales from his days as a builder, and discusses his transition to a new mode of creativity as a writer.

Moulton started out building frames in his native Worcester, UK during the 1970s, before moving to the U.S. in 1979 to build for Paris-Sport in New Jersey, and later for Masi in Southern California. In 1983, Moulton opened his own frame shop in San Marcos, just north of San Diego, and built frames under his own name, and also with the labels John Howard, Fuso, and Recherche. He retired from the bike business in 1993, leaving his shop in the hands of his apprentice Russ Denny, who continues building to this day.

Moulton moved to Charleston, South Carolina and began a second career as a novelist, freelance writer and songwriter. He’s published a novel titled “Prodigal Child”, and luckily for the many loyal fans and collectors of Moulton, Fuso and Recherche bicycles, he keeps his head in the handmade bicycle scene through an entertaining and well-written blog.

Lest anyone become overly romantic about turning steel pipes into artfully painted bicycles, Moulton says that he doesn’t miss his days in the crucible of the frame shop.

“Frame building is hard physical work, so no I don't miss it. Maybe if I were younger I might. To me taking metal and paint and creating something is one level, but writing, assembling words, is the ultimate in creativity, creating something out of nothing so to speak. Song writing takes it one step further because I am adding musical notes to the equation.”

If Moulton doesn’t miss the hard labor now, memory still has a way of burnishing the pain of outrageous challenges. Moulton proudly remembers a tandem he built in 1978 as one of his best creations, but even in his frame building heyday he disliked building tandems.

“There is a track tandem I built in England in 1978 I am particularly proud of. Even though I hated building tandems with a passion! It was ridden by Paul Swinnerton and Trevor Gadd in the 1978 World Championships back when they had tandem sprints as part of the World Track program,” says Moulton.

A later frame, built for Chuck Schmidt of Pasadena, California also ranks as one of Moulton’s favorites. Schmidt still rides the bike regularly, and has kept it in mint condition. 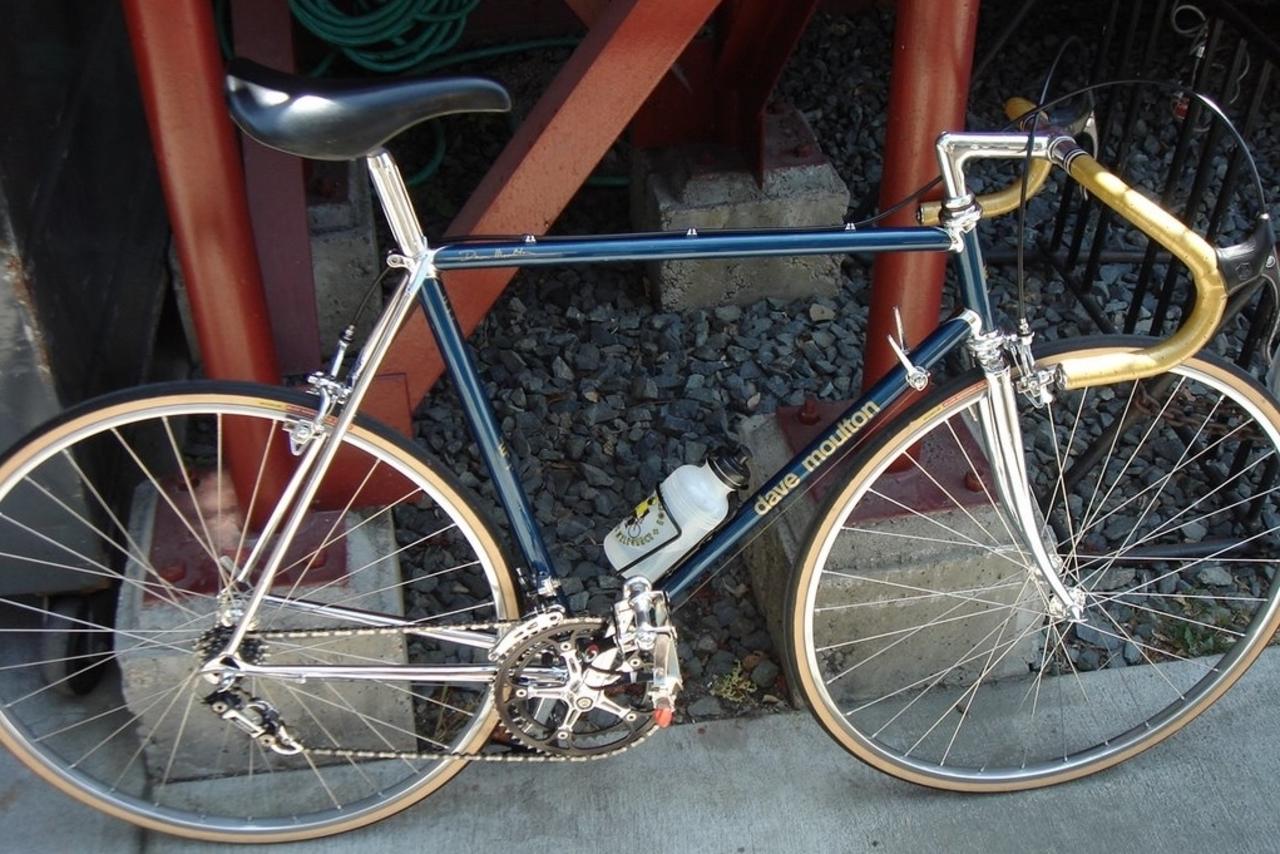 If many artists remember certain works with fondness, there is also a trail of ashes from the many paintings, manuscripts and musical scores sacrificed to the fires of artistic self-doubt and criticism. At least in his frame building days, Moulton possessed the discipline not to take this path to perdition: he refused orders from customers that might compromise his artistic integrity or devalue the brand marked on the downtubes of his bicycles.

“Over the years I turned down a lot of orders from customers with unrealistic expectations, or those who wanted something I didn't agree with. Even gaudy and outlandish paint jobs I would not do on a custom frame if I thought it was in poor taste. After all it was my name on the frame, and if the customer sold the frame later, it was my reputation on the line. This was my policy for that very reason that I might have regrets in the future,” explains Moulton.

With the sage wisdom not to sell out, the master has left the workshop, but his creations live on - both in words and where the rubber meets pavement.