Selle Anatomica was started in 2005 by ultra-marathon cyclist Tommy Milton, a 20,000 mile per year rider who wanted a modern update of the classic leather saddle. 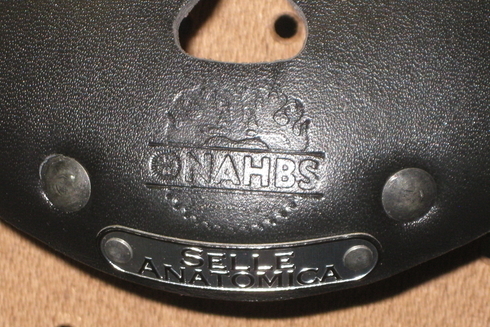 Selle Anatomica has fit the needs of high-mileage, serious cyclists who value comfort, function and style since 2005. The company was started by ultra-marathon cyclist Tommy Milton, a 20,000 mile per year rider who wanted a modern update of the classic leather saddle that was no longer comfortable for him. Married to an osteopath who gave her input on optimal ergonomic design, Milton came up with the prototype Selle Anatomica and began producing his version of the perfect saddle.

After his passing six years ago, Milton’s sister, Carol Hosmer and her son Ryan took on operations and marketing at Selle Anatomica. Hosmer explained two chief benefits of Selle Anatomica’s patented center slot. The first is pressure relief on the perineal nerve (for both men and women). The second is increased pliability of the leather and an independent movement that becomes like a second skin.

“Our saddle is like a hammock,” said Hosmer. “It’s all about comfort.”

Hosmer also tells it straight: your Selle Anatomica saddle won’t be the last saddle you ever buy. The leather stretches as it wears in, and despite a tightening bolt at the front of the nose, eventually the leather will need to be replaced. That said, Selle Anatomica will replace the leather on your original rails for less than the cost of a new saddle.

The main components of Selle Anatomica’s saddles are made in the U.S.A., with frames coming from Wisconsin and assembly taking place at a facility in San Diego. The company has a strong following overseas as well, particularly in Asian markets such as Japan, Singapore, Korea and Malaysia.

For those who fancy a more modern update on the classic leather saddle, Selle Anatomica is coming out with a new carbon fiber saddle that weighs in around 200 grams but retains a classic style and the characteristic center slot.