Boyd Johnson developed a passion for wheels as a pro roadie. Now he's coming up on his tenth year making them. 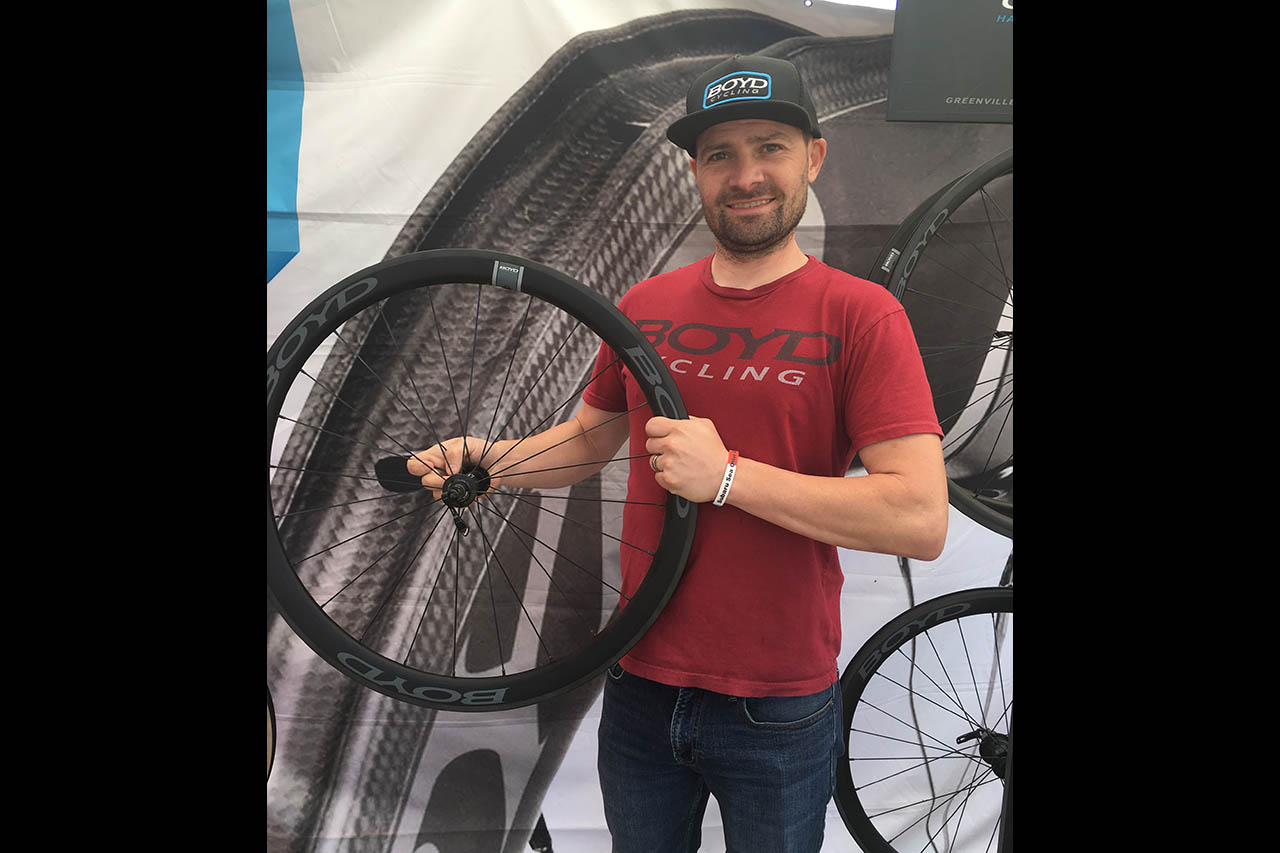 “I’ve always been a wheel junkie,” laughs Boyd Johnson, whose business card says he is the 'Head Honcho,' of Boyd Cycling, a South Carolina manufacturer of handcrafted wheels and wheel components.

Boyd Cycling had started life as Boyd Bikes in September, 2009, as Boyd Johnson was finishing up his final season on a professional team. Boyd Bikes made wheels, frames and accessories and quickly established itself as good value, particularly for the wheels.

Back then the wheels used open mold carbon rims, which are not based on a proprietary design but available as off-the-shelf products from wheel factories in Taiwan or China. Afte a couple of years, in 2011, Boyd decided his company would focus on wheels, venturing into the added cost and complexity of making its own proprietary shapes for the rims.

“We needed to do this as a differentiator,” said Johnson. “The open mold wheels were good quality, but having our own designs and contracts in place for materials and such was an important step in ensuring consistent quality on every order.”

The development also allowed some very specific designs in the hubs and rims. An example would be the relatively new 'Jocassee' gravel plus 650b wheelset. Here, Boyd could spec a 650b rim optimised for the higher speeds of gravel riding, rather than an open mold rim built for heavier duty mountain biking. The rim width is optimised for 41-55 mm tires.

All Boyd wheels are tubeless, other than a set of cyclocross wheels and a soon-to-be-released set of tubular track wheels that Johnson expects to shake up that market niche. Both aluminium and carbon wheels are available in a whole range of rim widths.

His wheel names have a South Carolina geographic lineage. One recenetly released is the Altamont, a 700c rim wheel designed for 25-32 mm tires. The aluminium rim here has a ceramic braking surface that Boyd reckons will significantly improve wet weather braking.

Being a wheel junkie, Boyd Johnson is glad to work with custom wheel builders and companies that build custom wheels. "We really like to support these guys … that’s where our heart is," says Johnson. "They’ll query their customer on what the wheel will be used for, and we can supply the appropriate components for the builder to make a wheel strong and fast."

Indeed, the Boyd Cycling web site mentions that the company does not do custom builds for its customers. It does, however, list many wheelbuilders across the country who they have worked with on custom builds, which in itself has become a valuable resource of information about high-end wheels in the USA.