The longstanding trade relationship between Seven and Chris King is expanding to include collaborative marketing, market intelligence and new product releases. It also includes Chris King wheelsets only available on Sevens. 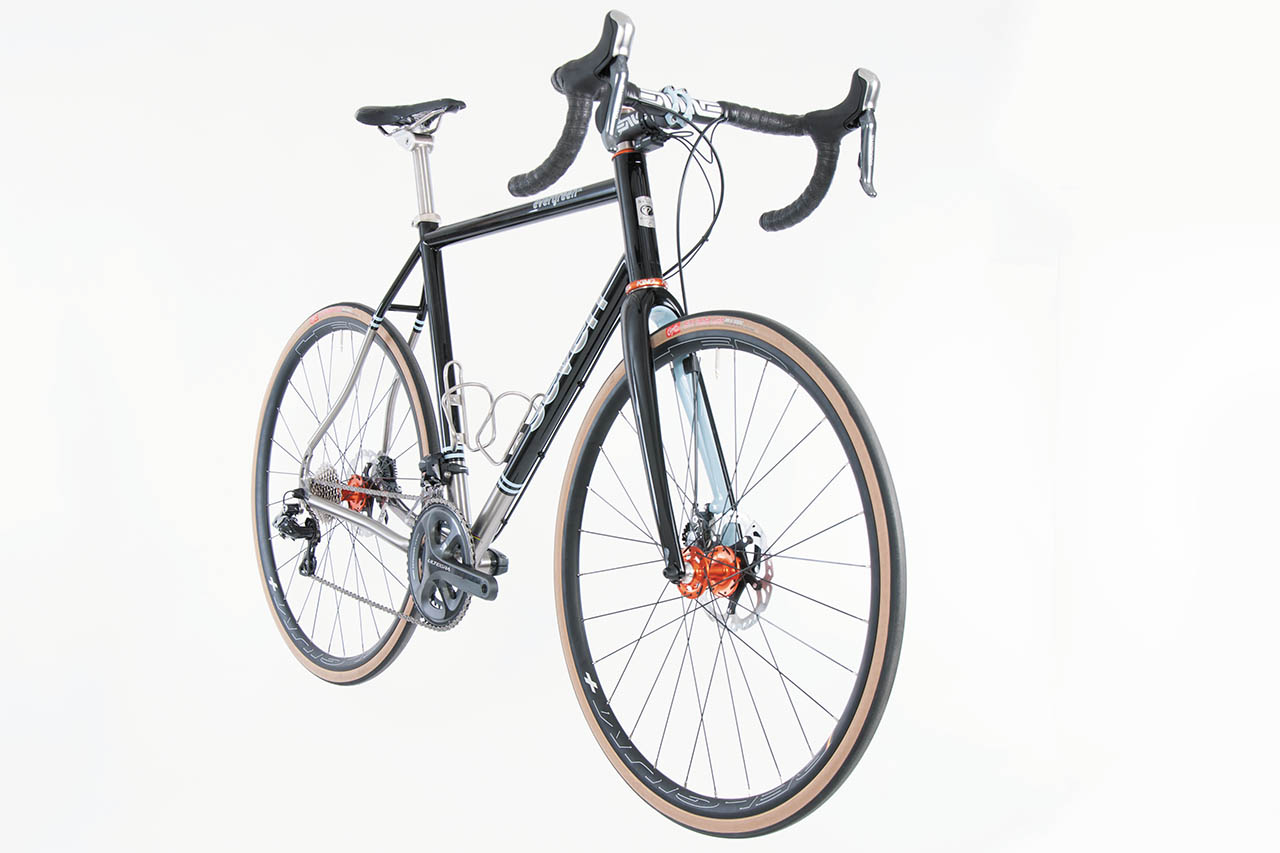 In a press release today, Seven Cycles, Inc. announced an expanded partnership with Chris King Precision Components. This is expected to broaden an established original equipment relationship to include collaborative marketing, market intelligence, and new product releases. King branded headsets, bottom brackets, and wheels are already available in stock Seven build kits for their complete custom bicycles. The release states that the new arrangement will see more integration, with Seven offering color-matched paint and coordinated parts packages to highlight both company’s strengths. It goes on to say that customers and retailers will begin to see new Chris King wheelsets only available on complete Sevens, and coordinated marketing that highlights the principles the companies share like durability, serviceability and long-term value.

Rob Vandermark of Seven: “We’ve worked with Chris for the entire history of our company. We share a lot of the same values and many of the same approaches to manufacturing and business. As we come into our 20th year in the industry, we see how important it is to partner with companies who are trying to do the highest quality work, who prioritize relationships, who want to make the things they design.”

Chris King: “Working with Rob and Seven has always been a natural fit. The attention to detail in a Seven is in line with what we put into our components. People buy a Seven to enjoy it for a lifetime, and I know our components will contribute to that journey. I’m excited to see how the brands can grow together in the coming years ”

The press release notes that Seven built one of the tribute bikes designed specifically to celebrate King’s 40th anniversary last year, and that King will return the favor with components for one of Seven’s 20th anniversary special editions later this year.