Steve "Gravy" Gravenites was there for the birth of mountain biking, and rode the crest of its wave in the 1990s as a team mechanic and wheel builder. Now he's putting his skills and knowledge to work in his custom wheel building venture, Gravy Wheels. 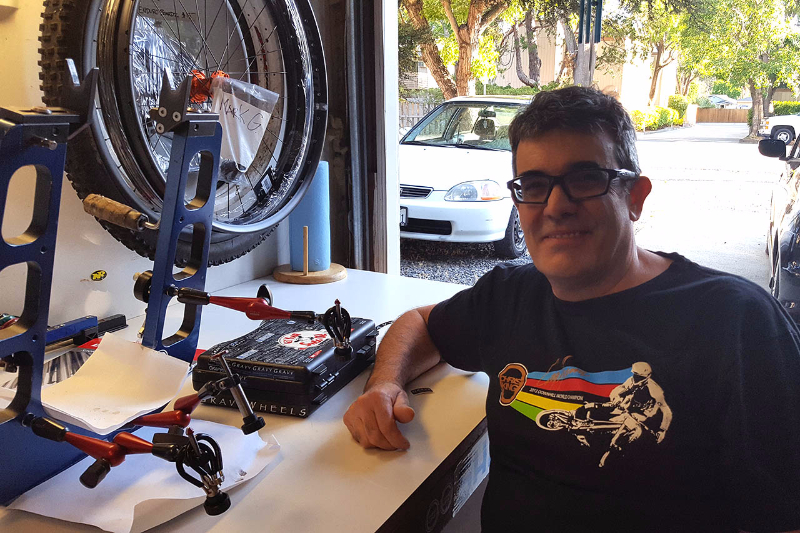 Many of the builders we meet in the handbuilt bicycle world are working tirelessly out of their own garages to support their passion and the community they are a part of. Novato, California’s own Steve “Gravy” Gravenites is one of these individuals. A native to Marin County and the son of a musician and artist, Steve was exposed to the lifestyle of travel and rock culture. Amidst that lifestyle he discovered bicycles as an enjoyable outlet in his youth. He recalls hanging out by the local Schwinn shop in Mill Valley. While there, Gravenites would fold over tires with his fellow "groms" and watch bikes roll in and out needing repairs. His time spent there was his first exposure to wheel building. 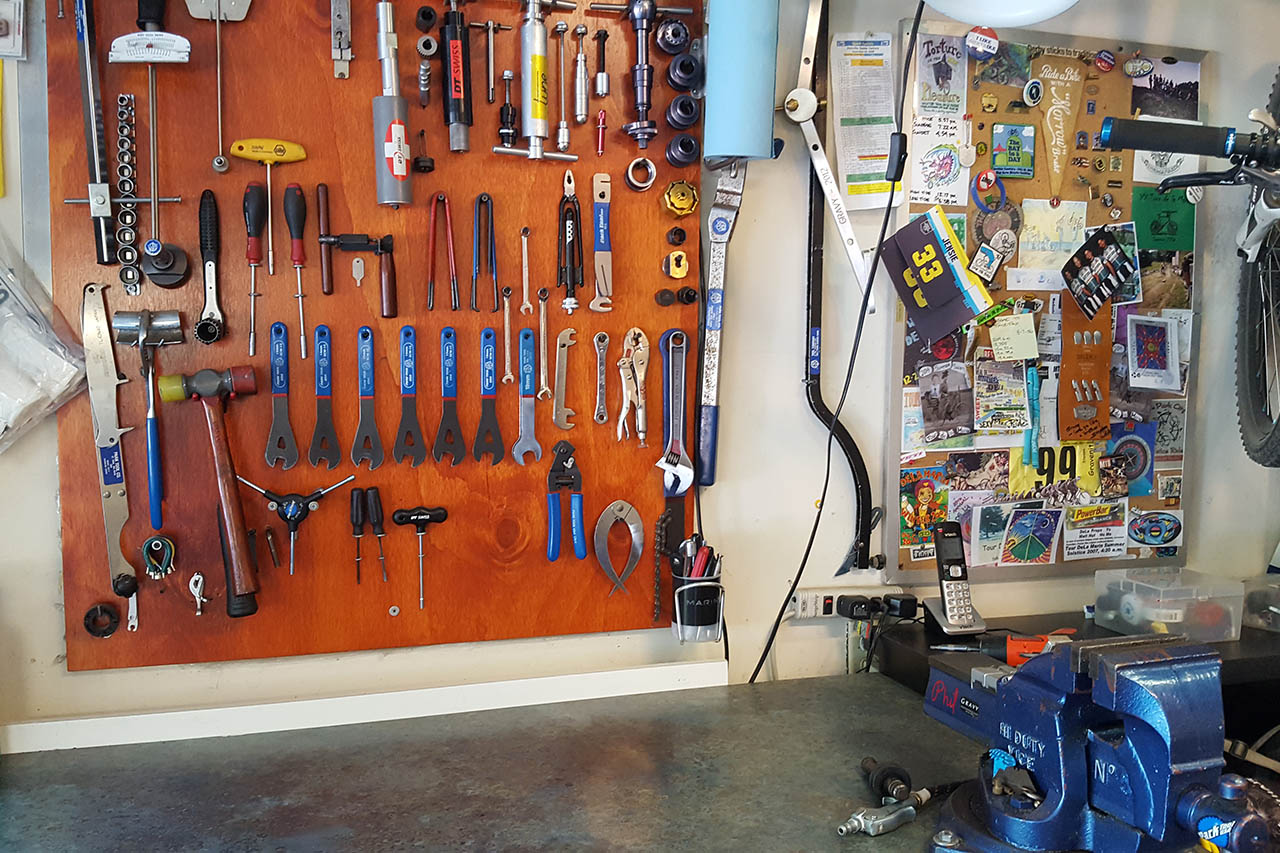 The path to wheelbuilding mastery often begins at the mechanic's bench in a bike shop.   All photos: Kirk Stevenson

After a stint as a worker in a cabinet store, Gravy’s career was furthered in the late 1980s when he was asked by the manager of Sausalito Cyclery, Buck Berardi, if he wanted to be a bike mechanic. Gravy credits his wrenching skills to Berardi, a man who got a lot of his bike education from his time working at Schwinn. With Gravy's father, a professional musician, frequently on the road with famous bands such as the Grateful Dead, and he himself wondering about the industry he was joining, Gravy saw Buck Berardi as a second father.

Under the tutelage of Berardi, Gravenites first learned the trade and craft of wheelbuilding, but thanks to being located in northern California, a range of famous mentors entered his world too. Names such as Bill Woodul and Jim Ingram from Campagnolo Tech Support, John Parker and Frank the Welder from Yeti Cycles, and Tracey Wilde were all early influencers in the knowledge base Gravy was steadily acquiring.

A huge boost to his career, and one of Gravy’s biggest adventures, was when he competed as a rider in the first Mountain Bike World Cup circuit in 1991. At the World Cup, Gravy was highlighted by some of the mechanics as being the one of the only riders there with his tools on him. Astounded by this, they recruited him and asked him to help them out on multiple occasions. Now he was working with some of the top mountain bikers of the time. Gravy stated that he ended up doing a lot more fixing up and repairing than he did riding on the MTB World Cup circuit, but his racing experience endowed him with a valuable foundation, not only in the extremes to which a racing cyclist can push a bike, but also of what bike racers need their mechanics to be like on race day.

Gravy’s most impactful recollections as a mountain bike team mechanic on the World Cup come from on the downhill discipline, where stresses on a wheel are at their most severe. Working with hard-riding World Champion downhillers like Missy Giove and Myles Rockwell, Gravy saw  several wheels reduced to rubble. He learned what a wheel can and cannot take. As with most things in life, with every wheel failure came an opportunity to learn and improve the build, not only in terms of the terrain it was intended for, but also for the characteristics of the rider. 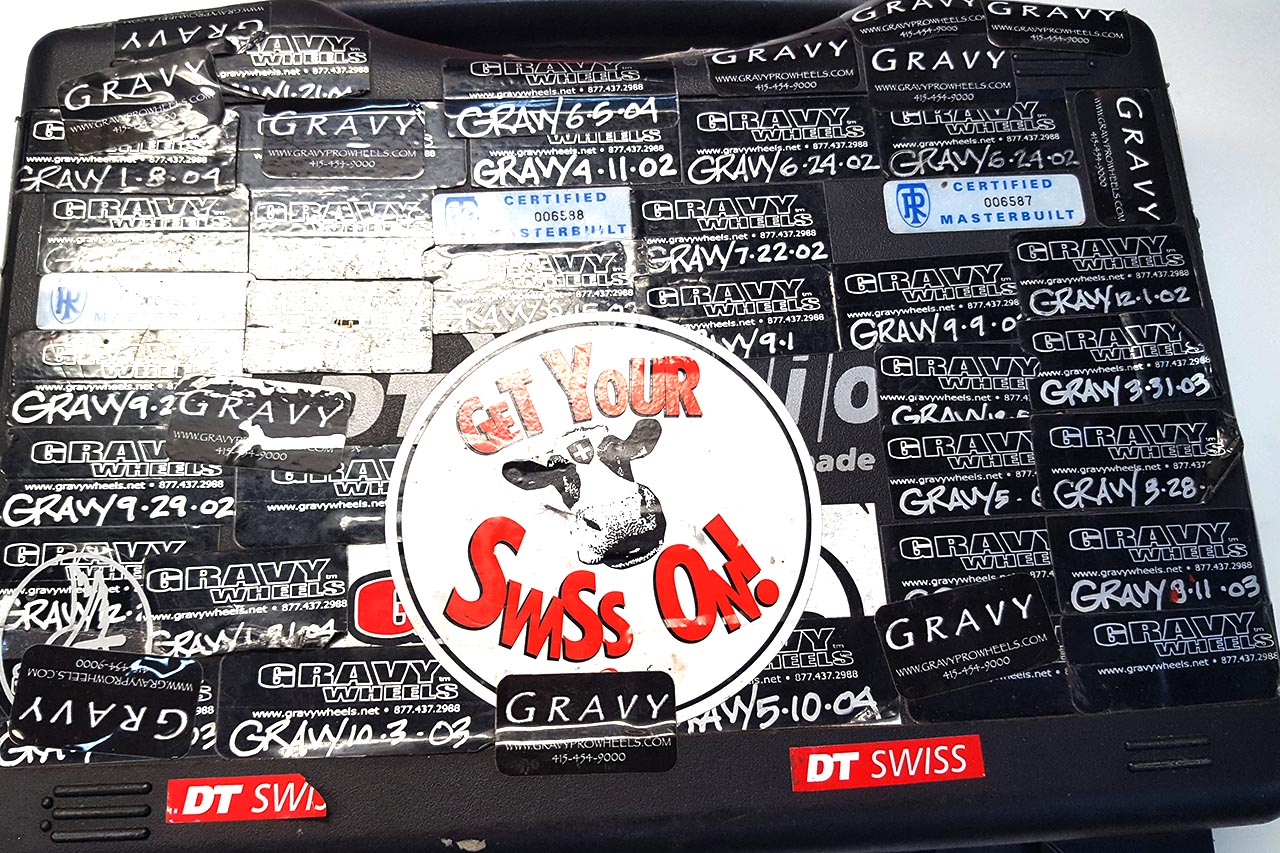 With an Ivy League level of wheel dynamics, gained through several years’ experience on the world’s toughest testing ground, Gravy Wheels was established in 2000. Gravenites also maintains a job with Marin as a bike mechanic. He claims to build a few thousand wheels a year, and states that one of his biggest goals is to see how many wheels he is capable of building in his career. Despite his supreme experience, like any new entrepreneur, Gravy had anxieties about finding a market for his products. He claims that the toughest part for him as a builder is having his wheel business as a second gig.

Gravy recalls, in a way that only Gravy can do, a specific conversation with musician Sammy Hagar, who helped allay his worries: “Dude, they sold every Ferrari they ever made. You know why? Because they're rad! You'll sell every wheel you ever made, don't worry about it! As long as you make a good product, you’ll be fine. Worry about your quality, worry about your attitude. Don't worry about the product selling.”

Gravenites guarantees a lifetime warranty on spoke failure. He promises durability, and most importantly he emphasizes customer service with the ability to meet and figure out how exactly how you want your wheels done. Gravy reveres the mechanic crowd as unique individuals; he is aware that the industry itself is tough and that as more players enter the market it will only become increasingly difficult. His drive and emergence, as well as the many others alongside him in the entire hand built bicycle industry, is founded on passion. Gravy comments, “You might have all this stuff, but in the end it’s you. It’s your willingness to want to do it. The patience to do it the right way.”

Another part of getting it right is product selection, and Gravenites gets all of his parts from a wide variety of companies in different countries. He deals with ten companies for rims and even more for hubs.  Despite the rising popularity of lightweight carbon rims, he has stuck to aluminum. In fact, he’s a fan of Stan’s tubeless rims. He admires their durability and light weight, and they are among his best-sellers. Also, a decent amount of his wheel parts come from White Industries in nearby Petaluma. These bits and pieces are what make up his business. He strives to look all around the world for different parts, but at the same time supports his hometown and buys local. 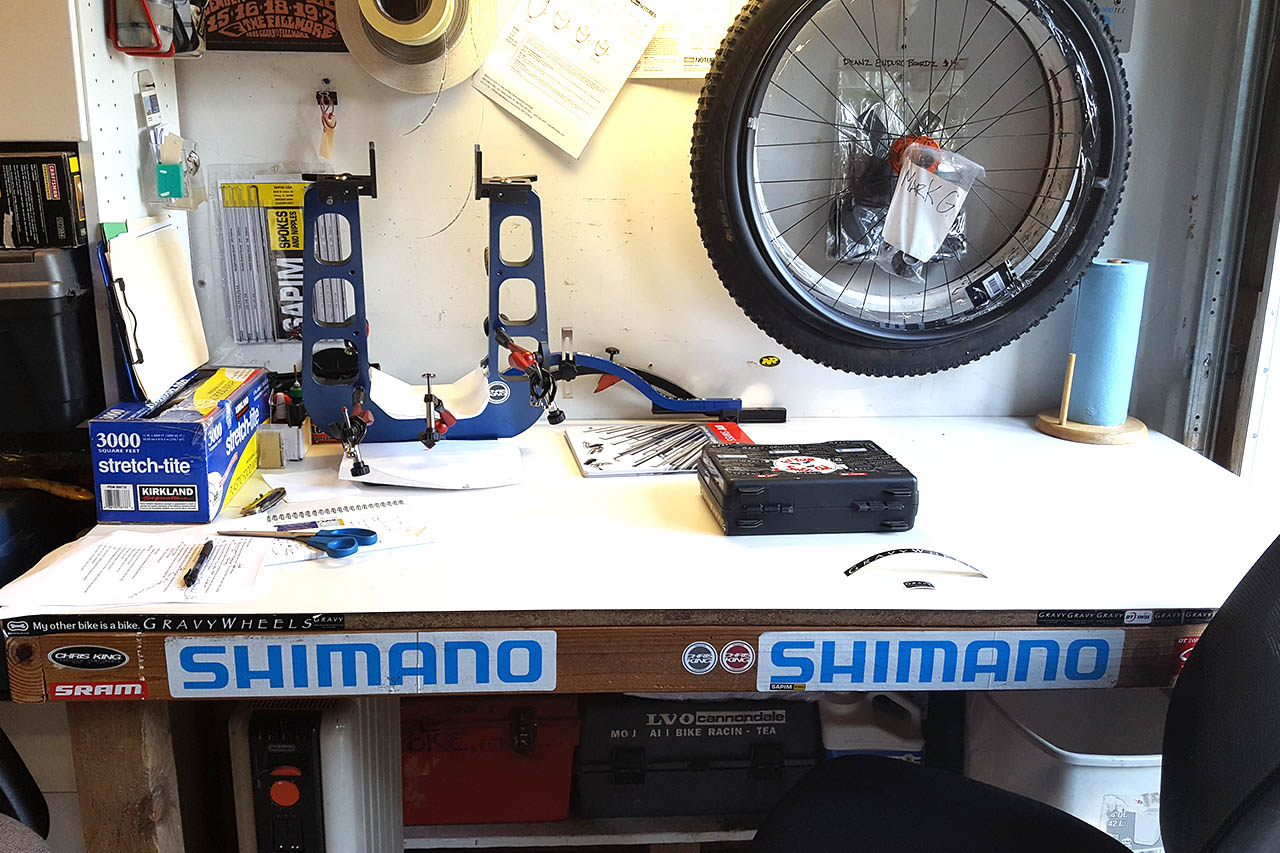 Steve Gravenites remains a gregarious, free-spirited individual - expected traits for a mountain bike pioneer, a “Marin-ite Grom.” His work ethic is unmatched, and his passion and patience are what drives his career forward. Gravy Wheels achieves its success by having excellent customer service, by giving its customers the opportunity to customize their wheels, and by dedicating hours to ensure they sell a rad product.