Anna Schwinn: not exactly the new kid on the block

Anna Schwinn had gained more experience with bicycles by age twenty than a lot of bike geeks twice her age. Now she's designing significant parts for high-end bikes, and listing Missy Giove and Sky Yaeger among her role models it's safe to assume this is only the beginning. 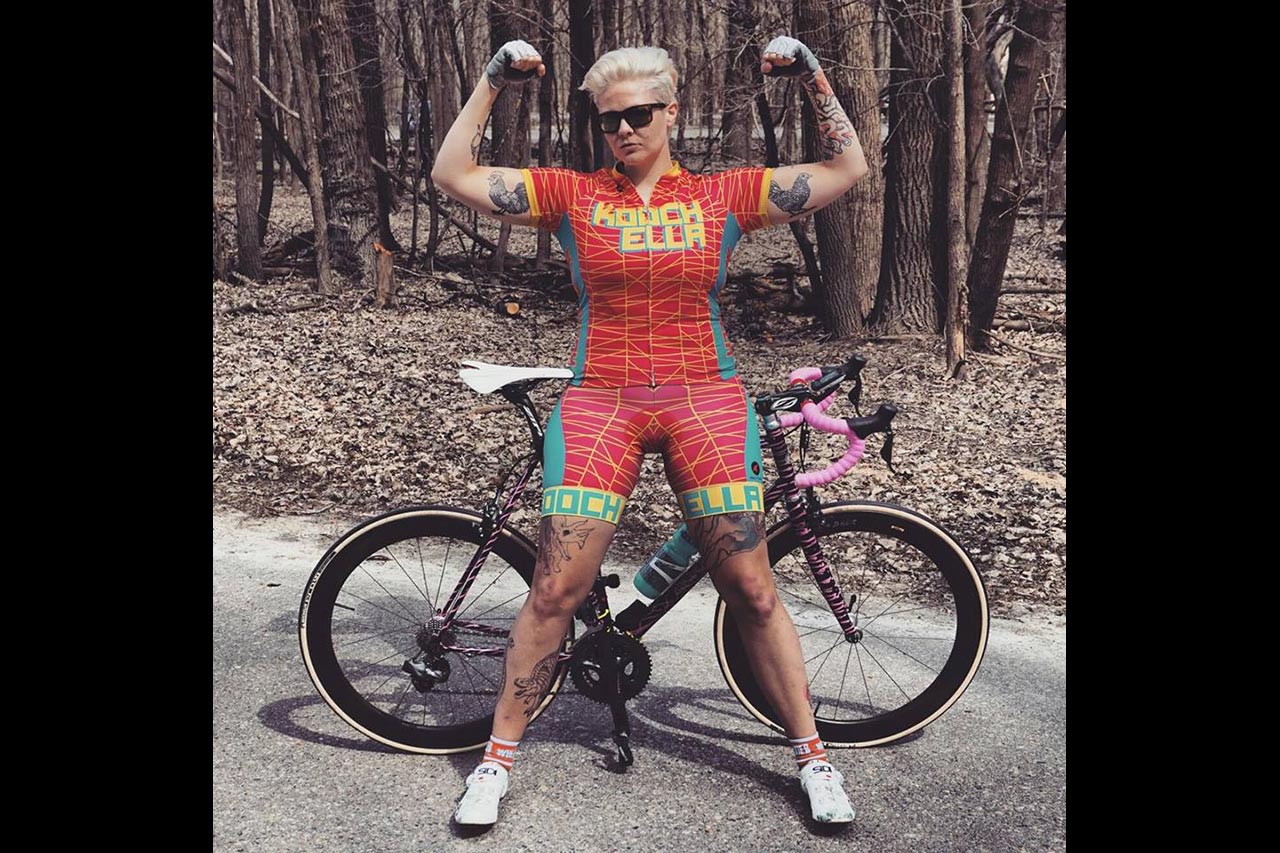 Yes, she’s a real Schwinn, which seems to be the first question most people ask about her. “Ignaz was my great great grandfather, so that makes me part of the fifth generation of Schwinns in the bicycle industry,” she says. As a child she spent large parts of her time at the Waterford factory, which had been the Paramount factory, and at the Bicycle Museum of America. “Getting up close and touching, sometimes riding, some of the most mind blowing bikes known, that's been very valuable to me long-term as a writer and as a designer, having that perspective,” she says.

Somewhere around the age of nine Anna went to work in the family business sweeping and mopping at the plant, as well as cleaning bathrooms. “Later, I graduated to scrubbing frames and prepping bikes for paint, cutting and knurling tubes for handlebars, and mitering tubing for Gunnars.” Not your usual childhood, but a perfect one for an expert in bike tech.

She studied Mechanical Engineering at Ohio State University, while she also worked as a teaching assistant and machinist. Right out of school, she started at Zipp, where she designed carbon and aluminum time trial cockpits in addition to what she describes as “some pretty wicked carbon handlebars.”

After moving from Zipp to Quality Bicycle Products, she designed for several of the QBP brands including All-City, Civia, Whisky, Foundry, and Problem Solvers. Notable projects include the Whiskey No. 9 road and cyclocross forks, as well as many models for All-City. She adds, “ I am most proud of my dropouts and frame parts for the brand, including the single speed disc dropout, vertical dropout, and semi-horizontal dropout,” all very pretty and functional items.

Oozing quality from head to toe: Anna Schwinn's Whisky Parts No.9 Cross fork is an impressive component in top-flight ensembles such as this Naked adventure bike built up with KVA's MS2 pipes, HED wheels and XT hydraulics. Photo: Paul Skilbeck

Having grown up in the USA’s most famous bike building family, it is hardly surprising that Anna connects well with frame builders. Recently she has turned her passion for talking shop into a series of highly readable interview articles. “My heart is in that community. I love that it’s thriving and want to help tell its story,” she says. Anna has written for Bicycle Times, Cyclocross Magazine, and Bike Rumor, as well as several blogs. She continues to do collaborative design work in bicycle frames, forks, and components, with a design expertise in carbon fiber and steel.

While she is still several years shy of being an industry veteran, Anna’s work has already gained wide acceptance. After returning from the North American Handmade Bicycle Show in February 2016, she spoke of her delight at seeing the fruits of her labour. “My design work could be seen all over NAHBS this year in some form or another. I've designed a few small anonymous frame parts that everyone uses. I love seeing my contract or anonymous stuff used and enjoyed and loved on beautiful bicycles, even in instances where I can never claim credit for it.”

Anna Schwinn will write as an expert for Handbuilt Bicycle News in her own column. She’ll also be available to answer your questions, and we’ll pick out one a month for her to write about. You can send your questions to anna.schwinn@handbuiltbicycleguide.com.