The second part of an interview with Reynolds managing director, Keith Noronha, discussing tubing and frame construction standards on both sides of the Atlantic. 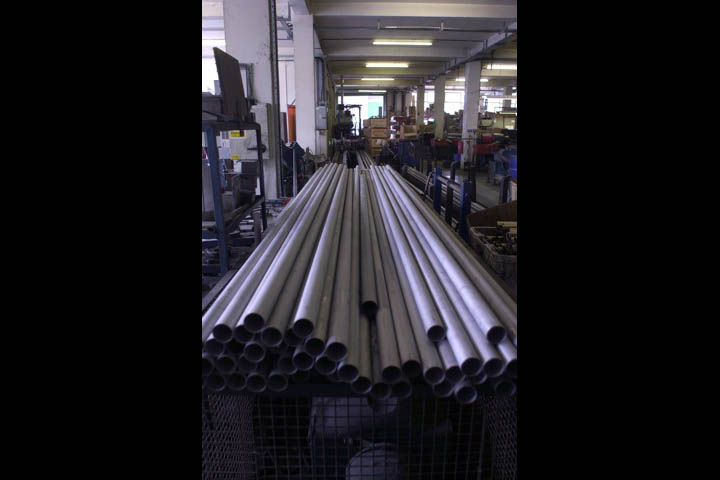 Link to Part One

PS: Looking at the True Temper tubes that will disappear, some of these, S3 and OX Platinum, are very popular among US frame builders.

KN: Reynolds can take some credit there. I was in the States when we launched 853. The guys in England had got the alloy, an air-hardening steel, from a mill in Germany. We could see that TIG welding was going to be a big fabrication method for the years to come and our first big win as a product was the Lemond frames being made by Trek in Wisconsin in 1993 and 94. Trek said they were looking for a new material and we had this 853 under development, so they were one of the first major customers we landed. And it obviously helped us put 853 on the map and True Temper brought out OX Platinum, because they needed something that would link it. They were trying to use it within their factory to make golf shafts and I know they had to change the spec, because it's not as easy to draw as some of the standard steels they would use for their golf shafts and I'm sure they went through a couple of development phases to make it work. But like 853, these are very dent-resistant alloys, they weld extremely well, the air-hardening steels come out of the side impact beams on automobile car doors, so the technology behind it was deliberately aimed at being welded and then that the weld wouldn't be the weakest part of the frame. It has a good history. It's been around for 20 years, and for Reynolds it's still a very good seller. 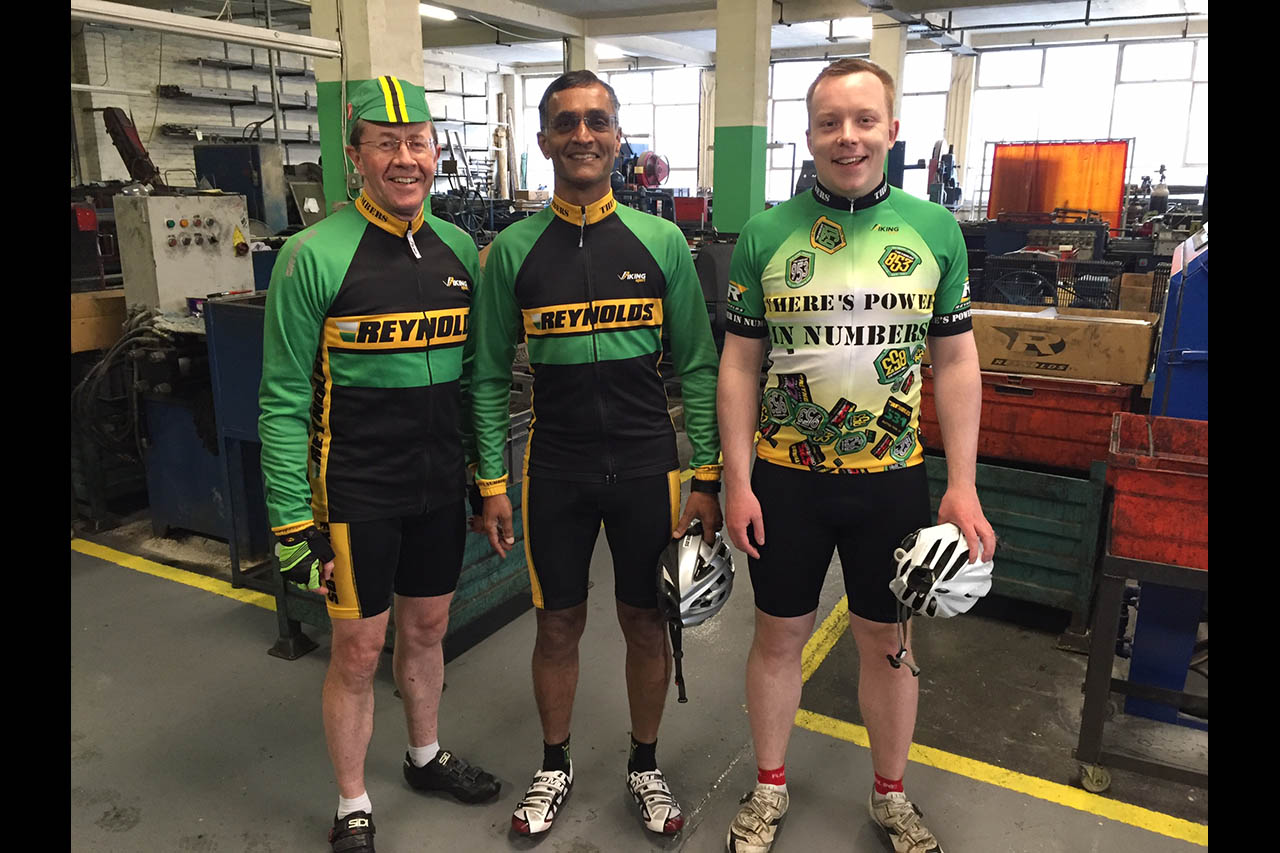 PS: What if Henry James isn't able to continue from somewhere close to where they left off with True Temper. Can the other companies fill the gap? What do you see as the opportunity in this?

KN: Reynolds is about 117 years old. What we have to put into play to make sure the next generation will have something to keep going.

I worked for TI Group. When I went from the UK to the US and lived in Chicago for about four years, my primary job was golf shafts, competing with True Temper, and because I grew up in Kenya I was interested in cycling. We did a lot to push on with Reynolds USA with 853. Columbus, Reynolds and True Temper, back in those days, we were all kind of keen to be competitive. Part of that was R&D, new materials and branding. I suspect what happened with True Temper was the bike business was becoming smaller and smaller. I would guess the corporate guys did not want to put a lot of money into that sport, because it was seen to be a declining business compared to, say, lacrosse or ice hockey, where I know they did quite a lot. And the steel golf shafts were absolutely massive. And I happen to know the prices and margins on the steel industry are very difficult.

Unlike Columbus and Reynolds, which are focused on cycling for their existence, for True Temper cycling was a tiny thing.

So focus on your key market was a thing for True Temper. I admire what Henry James did, they are very much one of the key companies in the US in terms of distribution to the hand builders, and I'm sure Henry James is going to have to look.

The need to find something made in the US is a different question. I'm sure Columbus must have thought the same and I certainly have looked at it. Briefly I considered: would we at Reynolds with what we now know, be interested in taking over that plant or setting up a new plant in the US to provide tubing made in America for the hand builders who are resident in the US. The practical thing is the volumes are relatively small compared to the size of setting up a good tube making facility. So TT have that because it was attached to a steel-making plant, in the US. Others could buy butting machines, but the cost of tooling alone... I think we've probably got a quarter million dollars of tooling sitting on our shop floor, built up over forty or fifty years of tube making. Not all of it's required, but to offer everything to everybody, that's the kind of tooling investment you need.

So what I'm saying is: if the US builders feel Made in America is a prerequisite, they could be able to pay enough money to start up a plant in the US. The second question is having the expertise to make that work, and the third question is what materials would they buy within the US that would meet this kind of need. Certain the guys who are currently supplying the steel coil, or the seamless billet, into TT I'm sure those guys, whoever started up a new plant, could get access to it. But I think the point is you've got to have enough economy of scale in your business to make it pay off, and if you're starting from scratch and you're not taking over existing assets, you've got quite a learning curve and a lot of tooling to get to the same standard of Columbus, or Reynolds, Tange or Kasei with butted tubes in steel and titanium.

PS: Carl Strong didn't seem too mind much where the tubes come from as long as the quality is good and the price is OK.

KN: We cannot make a profit on making our 4130 steels in the UK now, so we source the lower end out of our partner company in Taiwan, and those tubes are part of frame sets built for a brand like Jamis in Taiwan. We look after the quality aspects and we can provide that kind of tubing for our customer, and then they buy the 853 tubes which is shipped out from England for their higher-end frames. So we've got a range of different materials at different price points for different requirements.

For somebody setting up in the US, if they couldn't supply at the low-end a high volume, and I have to think it would be very difficult to make any money on that, what they really want is high-end tubing to serve the level of builders that show at NAHBS. That's tougher than it looks, simply because you need to be using tough materials, and you need to have quite an investment in tooling, because each of those builders might only buy one to five sets at a time but each of those sets could be quite different.

KN: Yes, and ironically I didn't mention that, Reynolds don't make a big deal that our tubing is made in the UK, because when we bring out a new material we are looking for something that's technically well in advance of what we had before, so 853 was a big step up over 753, 953 was about 40 percent stronger than 853 and it was stainless. The reason we did that... we contacted Carpenter or their subsidiary in Pennsylvania way back for something else, so more recently, in 2006, they contacted us saying they had this great new material. I'm pretty certain they went to True Temper and didn't get any reaction there so they came to us. Because we're a relatively small firm we were able to take the tubing they offered us and turn it into a tube set within two to three weeks, we formed a long-term relationship with Carpenter to take those tubes. The sheet is turned into tubes in Wisconsin, we receive the hollow pipe, which we then turn it into a 953 tube set. In small volumes, for us it's the kind of business we want to be in. The 921 is made in the same factory. So, we're sourcing American-made raw material, shipping it to the UK, and then shipping eighty percent of what we make in the UK, around the world.

PS: How much of your overall business is in the USA?

KN: Probably less than twenty percent is tubes directly to the US. Something like 853 goes to Taiwanese builders and is sold in Niner bikes in the US, but we don't count that within our US figures. 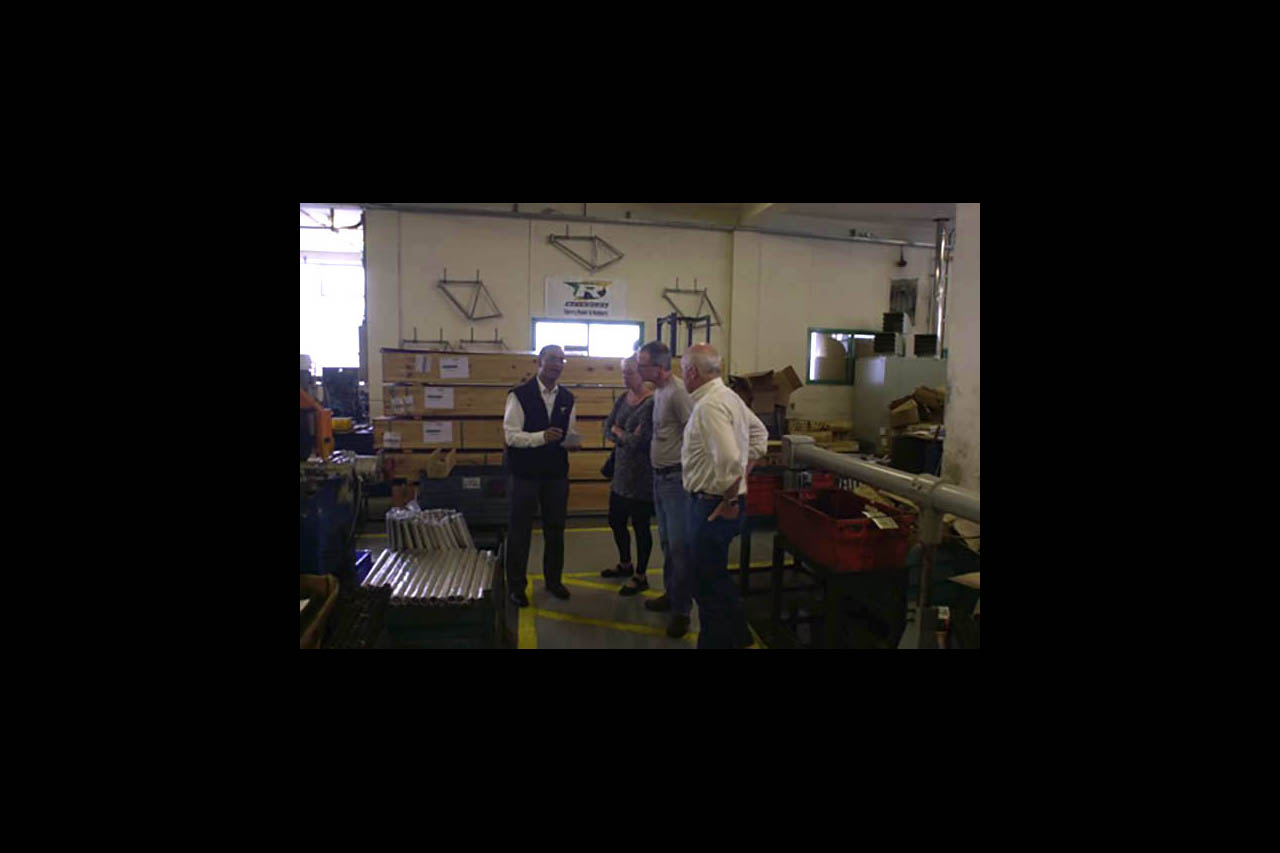 PS: I'm still not quite clear what you're planning to do about the opening created by TT's exit.

KN: At first we thought 'oh great! True Temper's gone,' but there's a bigger picture here to think about. We've got a bunch of builders we know as friends now. If any of them were struggling and wondering where they'd get supplies from, each of those builders has a crucial decision. We've talked to people already and they've contacted us because they know they haven't got True Temper to count on within a few months. They know they've asked us prices. We've got two distributors in the US: Fairing in California and Andy Newlands in Oregon. We know those guys get our price list, they know what sort of tubes we can make, and there is absolutely no reason even now, that builders can't go to companies like that and start looking through the catalogs. The questions may be where TT was making some custom tubes for firms within the US. Those are the people who need to do the most work in finding a new supplier. If it is absolutely essential they need custom tubing made, we have the techniques to make most companies' custom tubing, it's whether it's a big investment for the firm involved to do that. But we have over 2,000 drawings on file, so we try to see if our current combination of dies, mandrels, shaped tooling and all the rest will do the job if each of these builders want it. It may be 'Yes, it's made in the UK by Reynolds, or made in Italy by Columbus, but it may be that they would be able to get something that rides the same as their current frame, but is now coming from Columbus, Reynolds, Kazei, or whatever, but it meets their requirements.

PS: So there is hope for the builders.

KN: I would say so. Admittedly we have a lot more materials on our list, which complicates the issue, but unless somebody's got something that is for example very much heavier or very much bigger than the typical bike tubing sizes, we make so many different things, even if they are not on our standard list, more than half the tubes we make are custom, so we may well find ways to help a builder who has a relatively unique set. Possibly with a few small compromises, or if it's really important and there is enough time to get from idea and prototype to production and delivery, then we could make some custom mandrels and make that custom tube set.

PS: The way the market is shaping up with many new companies coming into the market as builders and schools, to some extent it's caveat emptor.

KN: A number of British builders are now exporting into the US, and I've seen in Japan guys buying from Europe and the US. It's become that kind of world where there's so much data. It will be important, more and more, to have feedback like on EBay for example, people will want to know when they are buying from somebody they've never met what kind of background they've got. To come back to this EN testing, for example, I think it's not a bad idea that new builders consider how they say they produce a frame.