Lon Kennedy: The challenges and solutions in steel tubing supply

Nova Cycles Supply chief Lon Kennedy discusses the manufacturing process of bicycle frame tubes, and talks about what his company is doing to make up the shortfall left by True Temper's exit 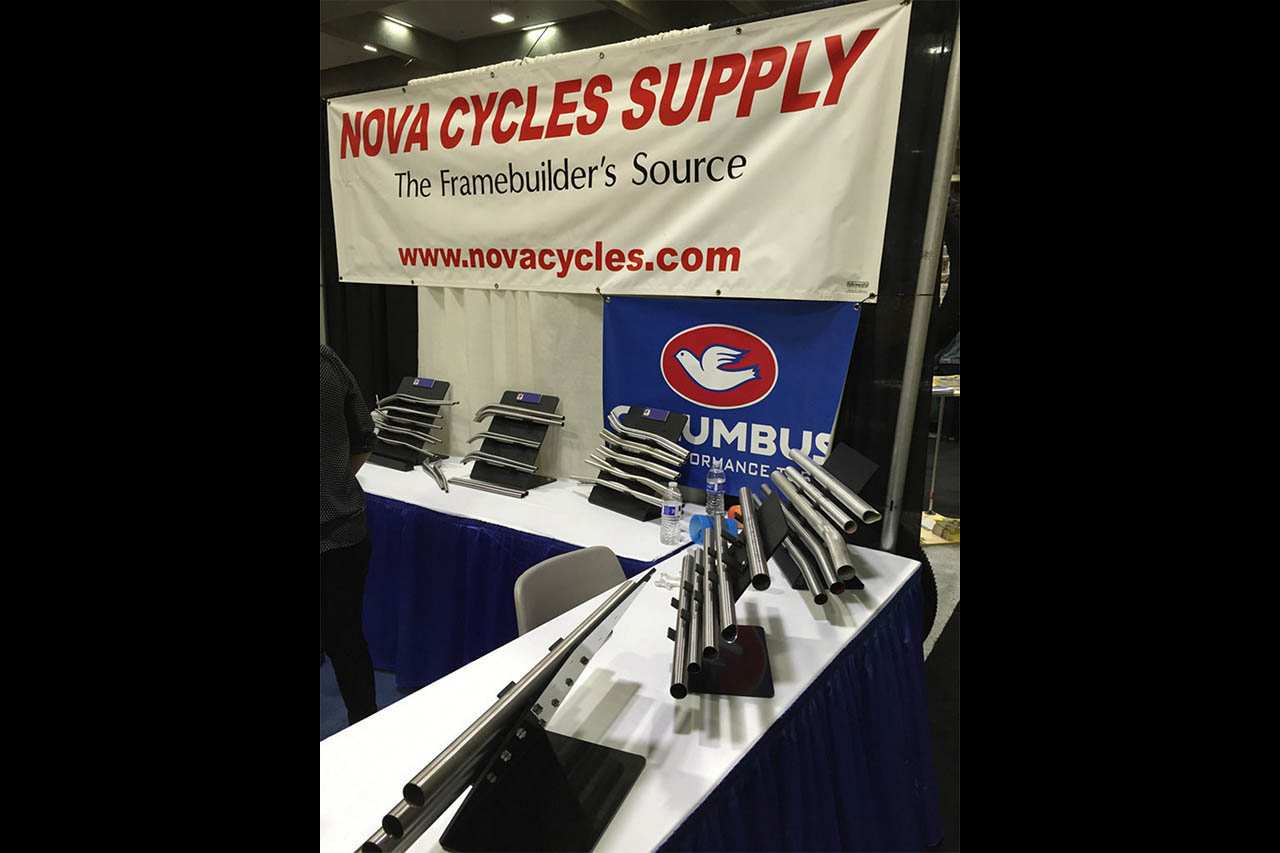 PS: Let’s talk about the challenges the frame tubes market is facing. How difficult would it be for a company to just start up and begin making butted tubes?

LK: The costs alone are high. Small butting machines start at about $600,000, and that would be for a basic aerospace prototyping machine. The butting machines used by Cannondale, for example, were a lot more expensive.

PS: What about the idea of purchasing intellectual property and equipment from True Temper, if Henry James decides to not do that?

LK: I think that True Temper is continuing in other sectors, golf shafts in particular, so the Armory factory is not shutting down. From their corporate communication, they will be retiring some of the tooling used to made bike tubes, but not the big machines. Those will be repurposed with new tooling for golf or another sector.

It's a specialty industry. It's not like you can find (butted tubes) on the street corner. The big challenge is most of the companies that do tube drawing do it for aerospace or automotive, where the money’s much better. For instance, making a collapsible steering column for a car in 100,000 piece quantities. A company that has that capability will question the cost of mill time for bicycle tubing. If it were possible to do that profitably, then yes, there's some possibility. But the big question has always been... say you've got a company that's bending specialty alloys for Boeing, where they're making mega dollars for the product that they're turning out, and some of those aerospace parts are made to phenomenally tight tolerances. There's a much higher level of quality control, documentation and certification. Every part of the process is documented, and these manufacturers are audited to ensure they're conforming to the tight ISO standards. Their costs are far higher. Will it be profitable for one of these companies to supply the cycling industry? 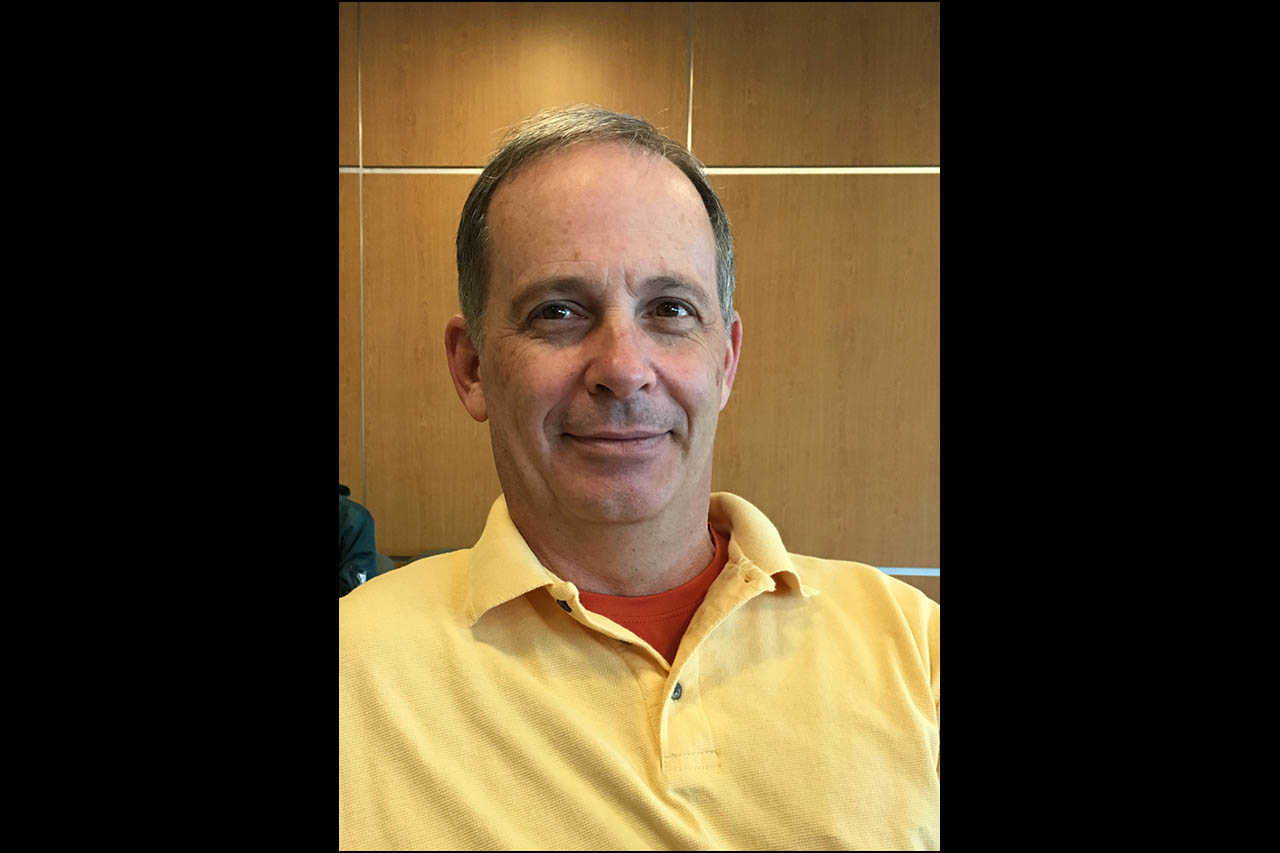 PS: Starting from the end of next year, after True Temper has stopped supplying tubes, and casting forward a couple of years beyond that, what do you see happening?

LK: There are a lot of possibilities. True Temper's price structure was a little on the low side, to be honest. For us the high quality material coming out of Italy has always been more expensive, and up until now we've had nothing in the way of sophisticated alloys from our Asian suppliers.

Getting back to your original question, there are manufacturing challenges when the material is stronger and harder. The way you can talk about this is in terms of strength. When a material is softer and easier to form, for lack of a better word, generally speaking it's easier to make tubes without mistakes. When you have harder materials and in particular when you try to make them thinner, you have incremental increases in the problems (of the manufacturing process). Harder materials push back against the manufacturing process. You often have more pressure built into the die work, tools wear out sooner. All your manufacturing equipment needs to be able to withstand more pressure.

A common method of tube butting is with conical rams. In this process the tubes are lubricated, and there's a hydro-dynamic wave at the point of contact on which a conic ram surfs, it's maybe a half of a thousandth of an inch. This exerts pressure on the inside of the tube to form the wall thickness changes.

It's not metal-to-metal contact. It's very close, but it's not. So, lubricants become really critical as materials get harder, and other things that have to do with process control become more critical.

What can happen is the material, because it's hardened, it will hold on, instead of deforming, it will work-harden, then release, and it'll repeat this, which forms undulations or waves in the tubing. Some tubes have wave-like undulations on the inside. And then they have to grind those tubes so the high parts of the waves are level with the low parts.

So a lot of things go into making ultra-high-strength tubing. It's not an easy process, it's more difficult than normal materials.

There are people, clearly Reynolds, who have been doing it even longer than True Temper. Certainly it can be done. The question is with the other players such as Reynolds and Columbus, and possibly Dedacciai in the future, will they increase their commitment in the form of tooling and process, and a higher level of price? That's it in a nutshell.

Over time I'm sure the demand will be there, but the price may rise... if the tubing is there to meet that demand. But how much it will rise is difficult to say.

I think all the manufacturers are looking at this as an opportunity. We certainly are, but again, because we've been an importer, not a domestic supplier, we'd have to address the pro-American preference.

PS: What are the tubing brands that Nova currently distributes?

LK: We currently distribute Columbus and our own Nova spec’d tubes (from and Asian supplier), including specialty tubes. One thing we are doing is working with our existing suppliers to request higher-strength and with the co-operation of our customers, help develop higher strength tubing.

PS: Has there been an increase in frame tube enquiries to Nova since the May 9th announcement?

LK: A very small increase. What we have to do is come up with some really smart solutions. Obviously, the solutions we will come up with, at least in the short term, are probably not going to be of American origin, but never say never! We are interested in helping solve the problem in general.  But I think we can come up with some solutions in terms of quality, strength and specification. Again, it's not going to be easy, but the big advantage we have is leveraging very good relationships with Asian suppliers who obviously have a lower labor cost to produce material, but it's not going to be American.

I've put some feelers out into the aerospace industry to see if there are any interested parties, and we'll see how that turns out. To meet the interests of American builders we need to try to find an American supplier if that's possible, because of the frame builder community preference for American materials, but as to whether an American supplier will take up the work is still not clear.

PS: What's happened to the demand for steel tubing in the US over the past 20-25 years.

Go back 20 years, what's steel like? From the large manufacturers there was more demand. There was a lot of demand for steel that was much lower quality. Between Schwinn and Trek you were talking about more than 130,000 sets of steel tubing a year. The first thing that cut into the steel market was aluminum, before carbon fiber. The quality of bicycle tubes in the form of steel alloys has had to incrementally improve a lot in the past 20 years, and it has done so with better alloys and thinner tubes. Now you can build a sub-3lb frame in steel.

Our primary function as distributors is to buffer manufacturers' production cycles with good stocking practices. We purchase a large stock of steel, hold onto it for a few months, and keep orders flowing in a predictable pattern. A large bicycle manufacturer is better suited to deal directly with the producer since their volume is high and their production output is scheduled and managed.

PS: What advice can you offer to builders looking to replace the True Temper tubes that will disappear from the marketplace?

LK: Look for suppliers with a record of good stocking of high quality materials, so you can have a consistent supply of predictable, high quality materials. We would sign up with a tubing manufacturer in a heartbeat as long as we could have somewhat consistent delivery and quality. I presume True Temper is the dominant supplier in the US. The foreign suppliers probably make up slightly less than half of the market.

PS: You have to be feeling optimistic as a company, surely there's not a down-side for Nova in this?

LK: Yes, for Nova Cycles and the other current suppliers there will be a supply gap to be filled. The only challenge for me is: Clearly we're on the wrong side of the fence with the domestic manufacturing issue, so seeking a U.S. manufacturer is important. This is an opportunity, but it's one of those opportunities that's wrapped up in a high state of flux as builders that have been comfortable with True Temper are having to think about what they'll do in the short term, and I see the short-term strategy is to buy as much as possible, to ensure as much supply as possible.

There may be some early adopters that will look for other solutions, but it's impossible to predict how many of each group exist.

Currently we sell to just about all of the builders. We sell a lot of seat tubes, a lot of chainstays, a lot of seat stays and a lot of head tubes, both from Columbus and our own Nova brand, because those are the parts that we're really good at.

Chainstays for mountain bikes in particular are complicated by what so many builders want in terms of extreme bends and clearances. We've made a science of these areas and so we sell a lot of these parts.

And let's not forget the Columbus main tubes are of really high quality, they have superior straightness and finish. No one does better quality than Columbus, it's just that for a variety of reasons some builders prefer True Temper.

Over the years we've tried to make sure we stay at the cutting edge where it's been feasible. For instance, when dropper seat pins became popular we made a seat tube that was applicable. Given market conditions we've had to play the game of being the guys that can respond quickly with new or improved designs to create value, and that's made us adaptable. But so far we've not had what people loved most about True Temper: ultra high strength top and down tubes, and with the True Temper price structure there was no incentive for us to invest time in researching competitive solutions. That's all changed now.

So now I am listening to a lot of builders and trying to figure out what the solution is. I certainly hope to hear a lot more from across the spectrum of the builder community about their needs, as this will help us a lot toward solving the supply problem and enable us to do more in developing the next generation of steel tubes.