Interbike 2016: Enigma bicycles get US distribution 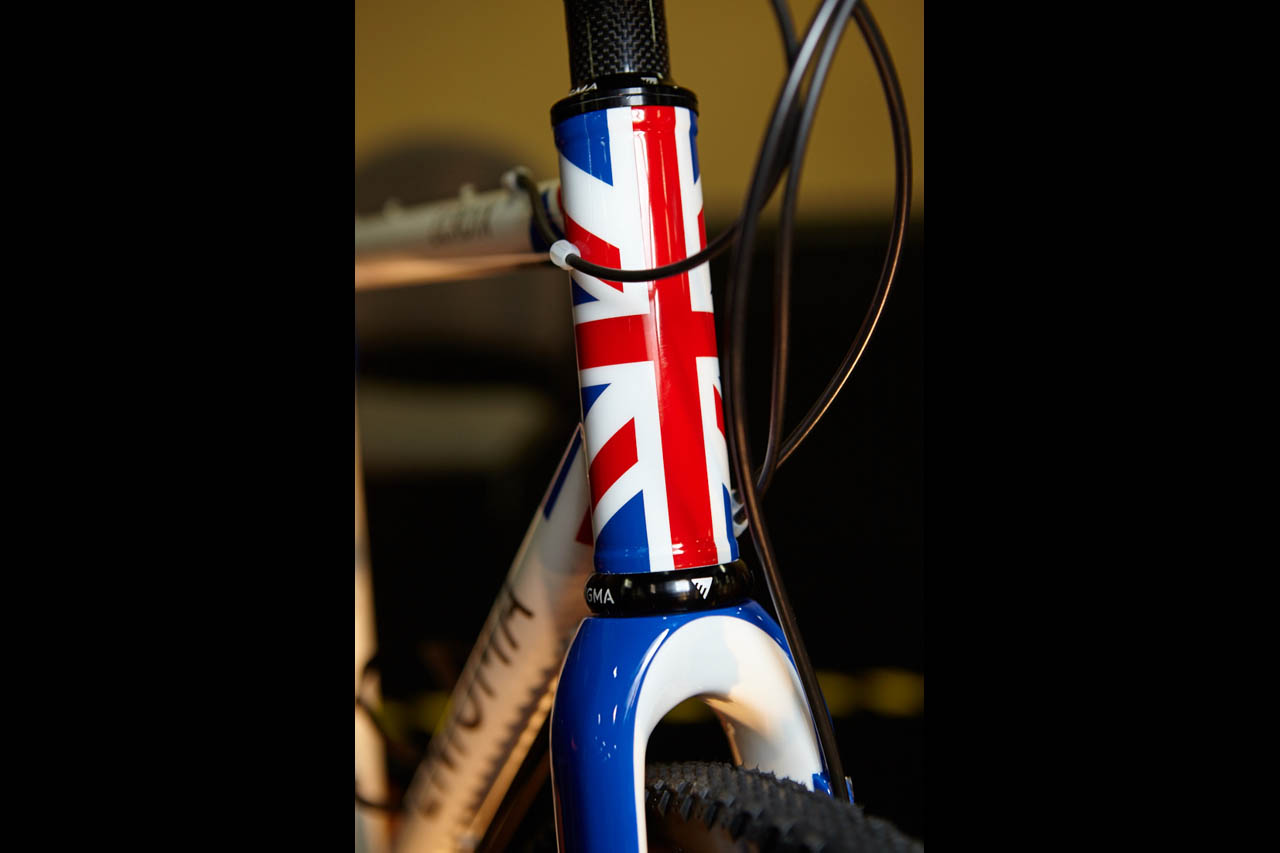 The East Sussex, U.K, based Enigma Bicycle Works builds bicycles with titanium or steel frames. A family-run company that has been in operation for 10 years now, Enigma quickly built a solid reputation in the UK, where the company also offers introductory courses to frame building. This year, at the Bespoked show in the UK, Enigma won a Best Campagnolo Equipped Bike award. 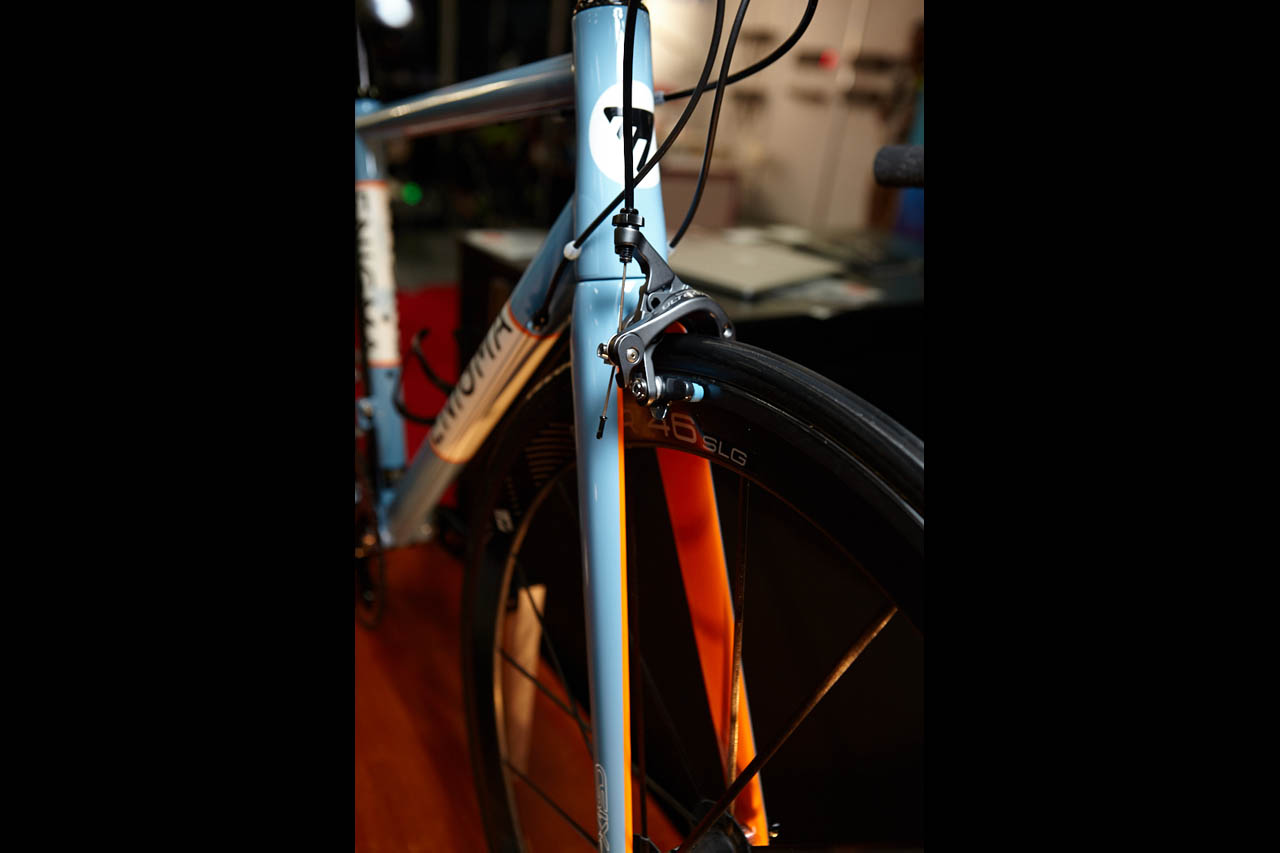 Enigma uses high performance automotive paints at the spray shop housed in its factory. The results looked so good that this booth at the outer fringe of the vast Interbike expo space maintained a good flow of traffic throughout the three days of the show. The U.S. distribution deal was finalized in March this year, and has survived the shock of Brexit. Australian distribution was set up last year. 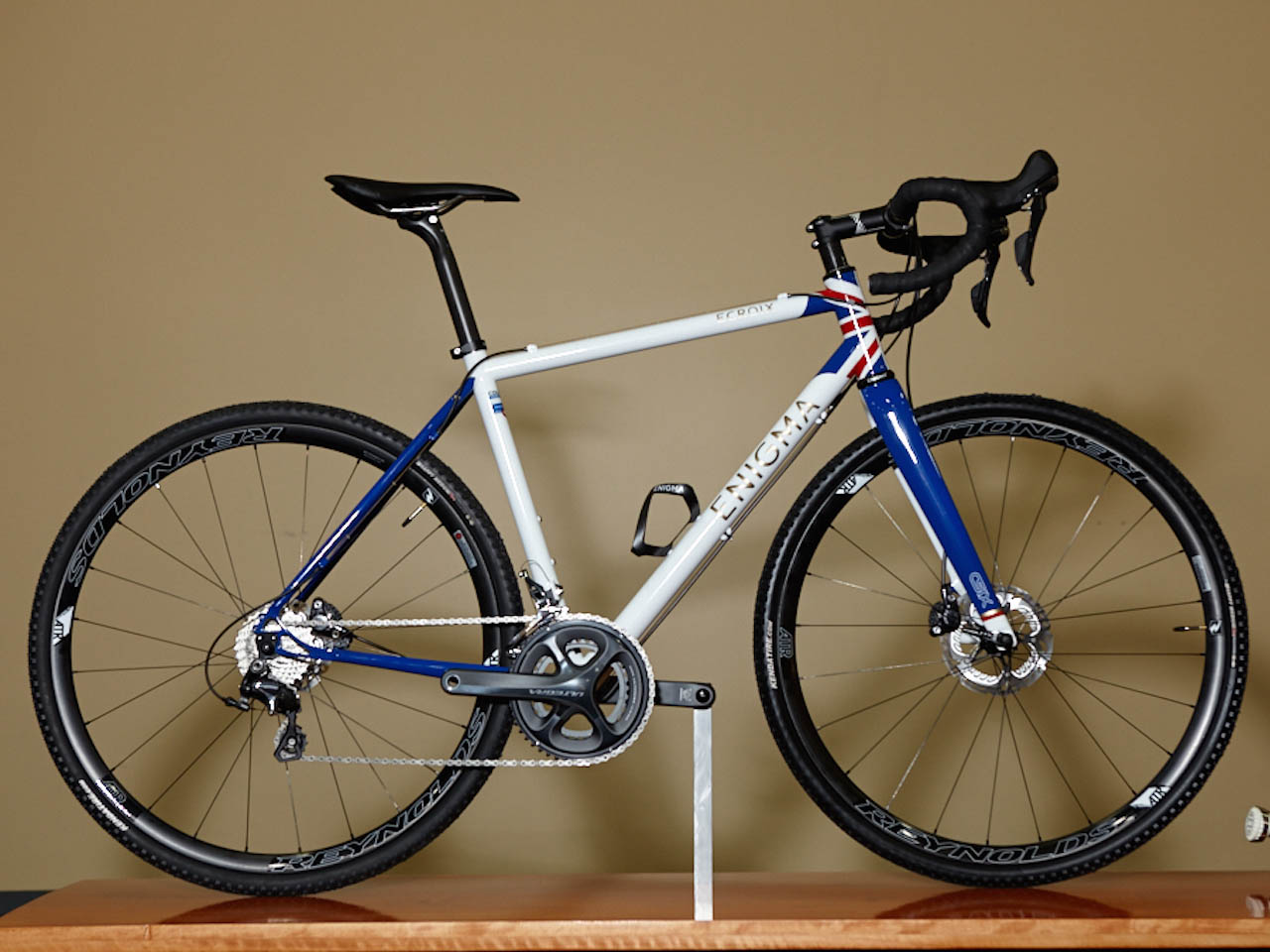 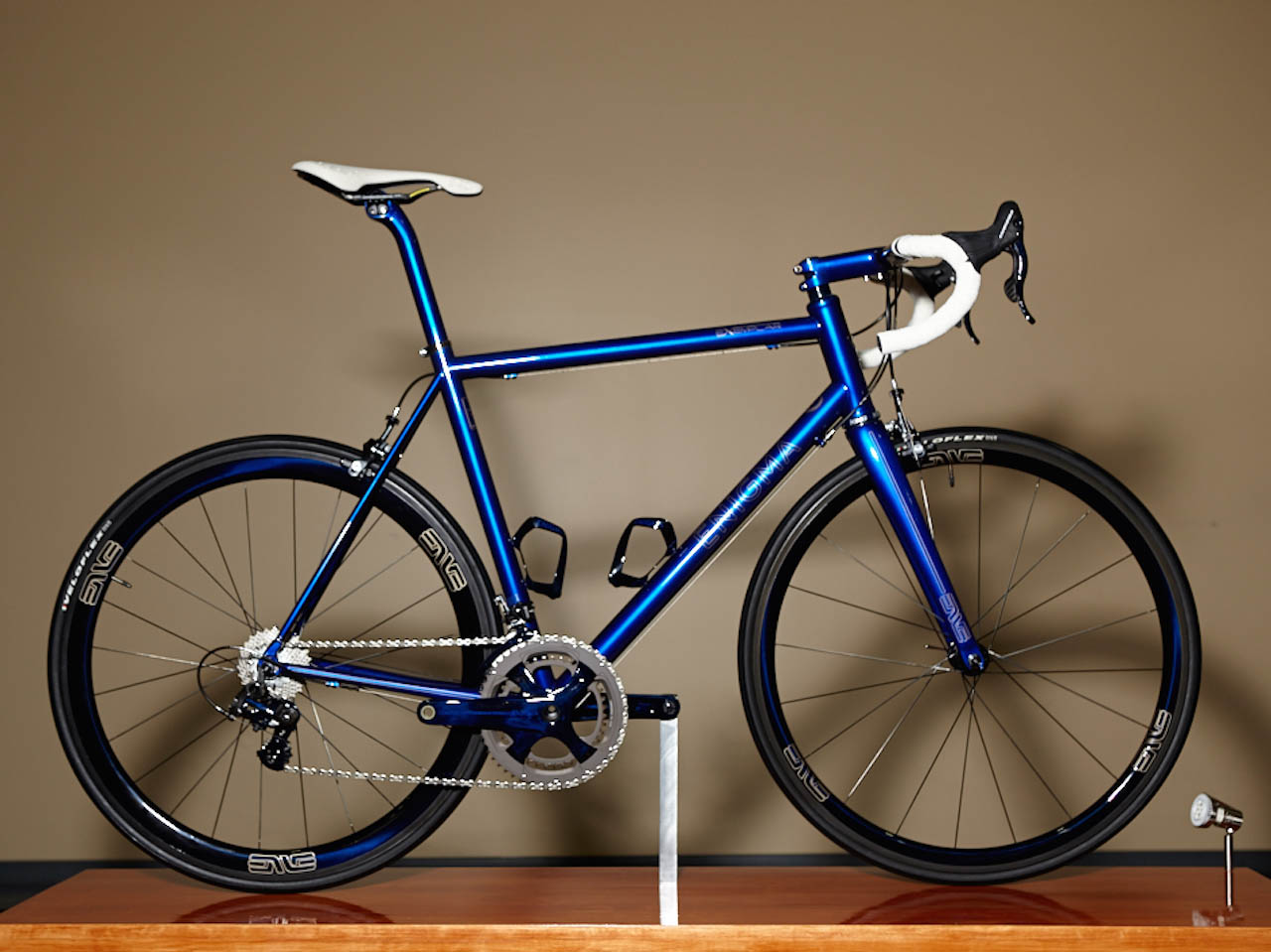 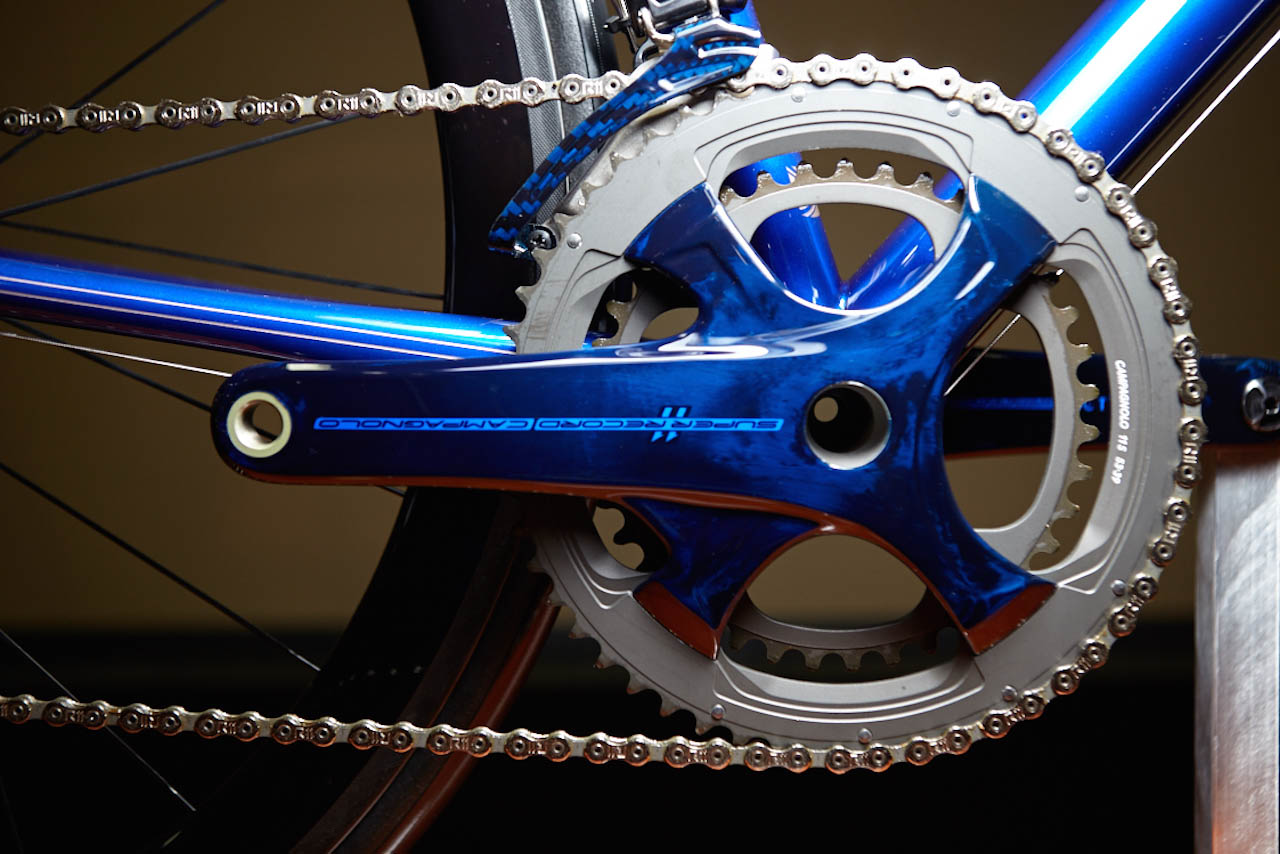 Custom paint
Starts at $150. The Union Jack themed paint which is hand-masked on the Ecroix ST model frame is $775, the blue panels design is on the Elite HSS frame, $425.

All prices are USD 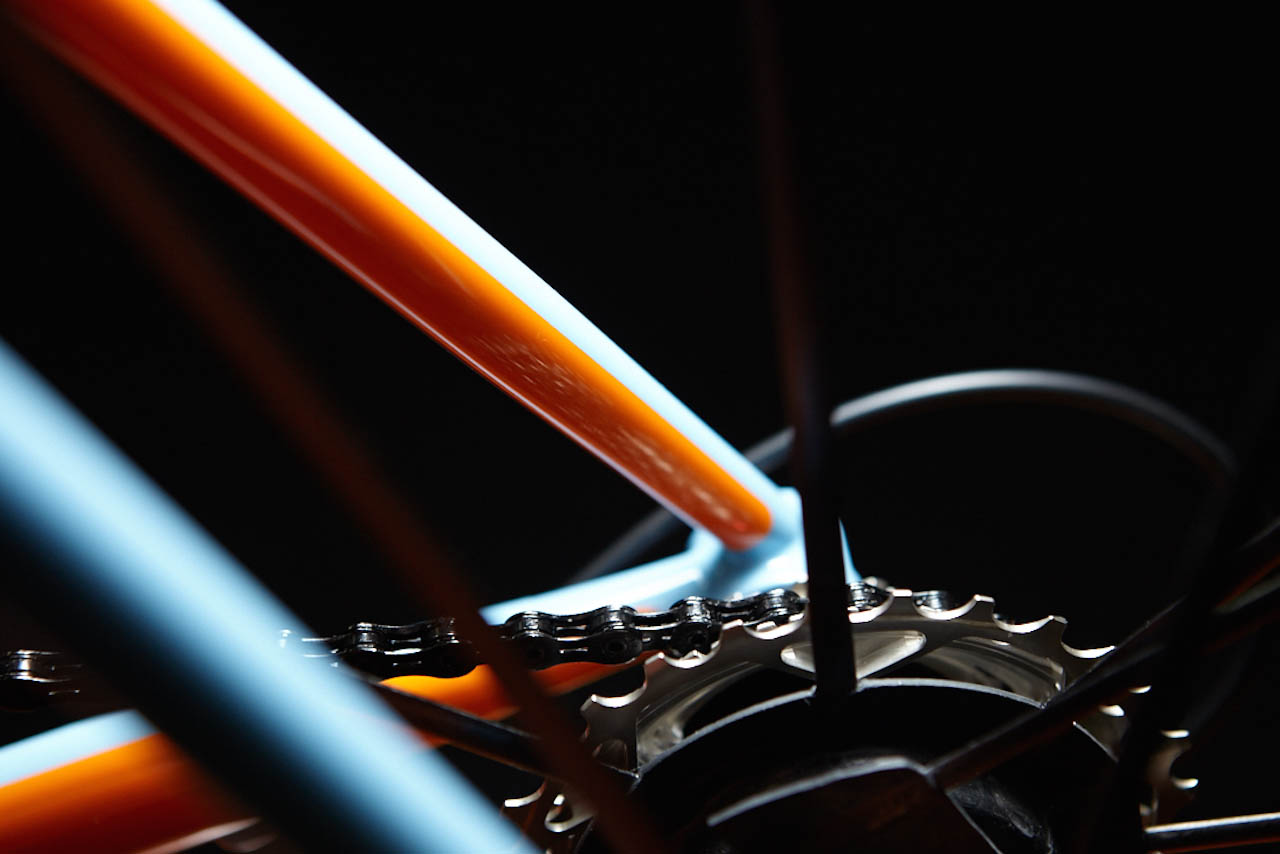 Inside seat stay view of of the Gulf Racing paint scheme