Biwakoguma Bicycles: Out of this world 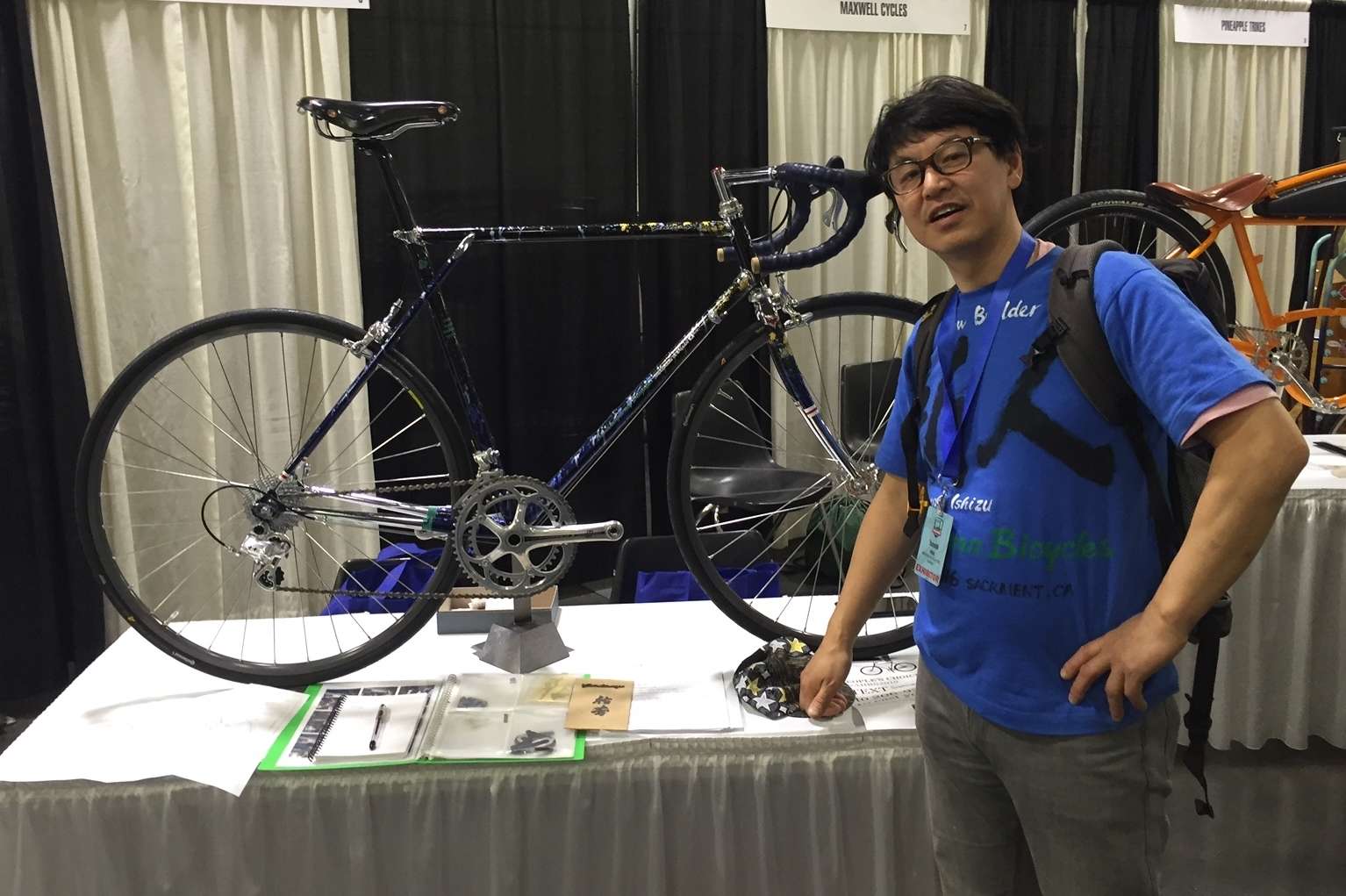 Tsuyoshi Ishizu is the man behind Biwakoguma Bicycles, and he brought a bicycle named “Galaxy” (and nicknamed “UFO”) to his New Builder table at NAHBS this year. The bike’s paint scheme was inspired by American artist Jackson Pollock’s “action painting” style.

Here are the design details:

Ishizu orchestrated and performed complete production of the frame, from design to its attention-getting paint scheme, which involves gold and silver leaf accents. He calls the complete paint scheme “UFO flying galaxy”. 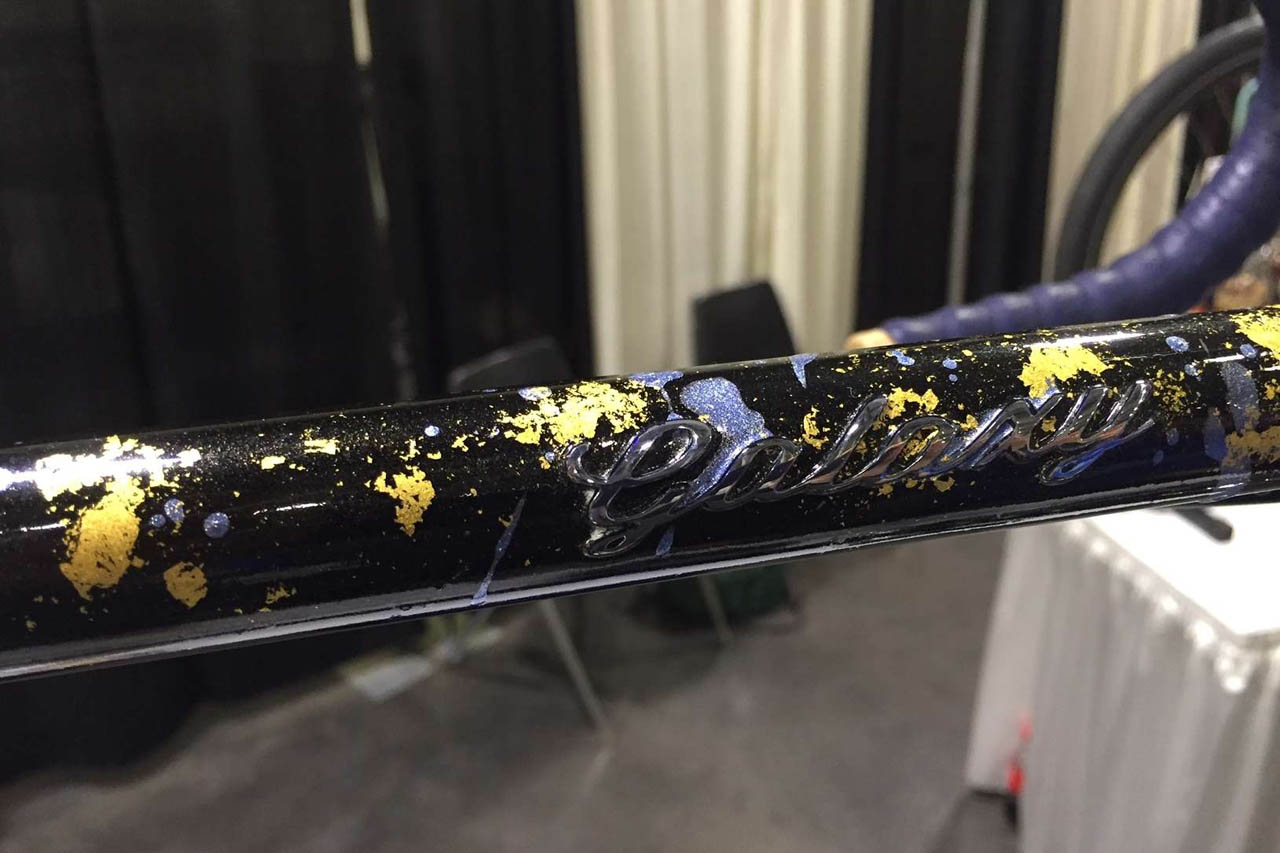 The catalog introducing Jackson Pollock’s first exhibition called his talent “volcanic. It has fire. It is unpredictable. It is undisciplined. It spills out of itself in a mineral prodigality, not yet crystallized.”

While the same might be said of the Galaxy’s visceral paint job, clearly the bike's overall craftsmanship is grounded in the great tradition of Japanese precision and highly disciplined frame building.

Find out more about Biwakoguma Bicycles at their website.