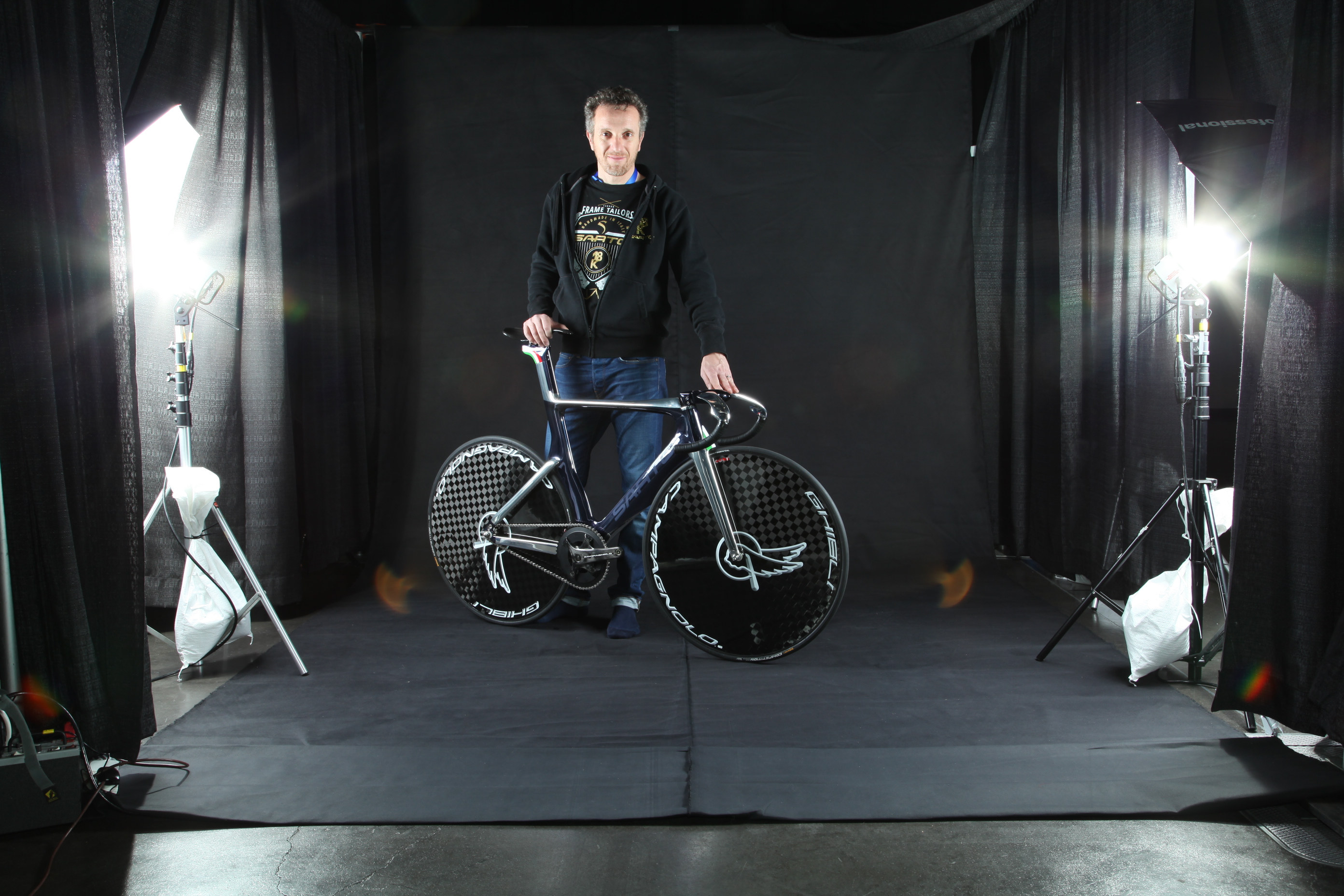 Italian handbuilt framemaker Sarto was represented at the show by the Ferox, translated as "ferocious" and also the winner of the Best Track Bike award.

Also on hand was Enrico Sarto, a member of this 60-plus year-old family-run company. He designed the Ferox specifically for the show, combining elements of the company’s roadbike Lampo with its more traditional track bike, Vellox, in the rear.

The bike sports a special, gigantic Campagnolo chainring of which there are only two in existence. It was borrowed from Campagnolo, which coincidentally was easy to do because the Italian component manufacturer is only 30 kilometers away from the Sarto workshop in the same Veneto region outside Venice. Resting on the seatpost is a 110 gram carbon saddle designed by Sarto, which sells by itself for $500.

Sarto may not be a well-known name in the U.S. but it has been producing purely handbuilt frames for years and at times has produced frames for popular Italian companies such as Colnago, Pinarello and Fondriest.

Said Soren Krebs, the company’s U.S. representative, “Price point is not the reason to not ride a Sarto! Prices are competitive with any other Italian bike.” He pointed out that once a customer decides he or she wants a Sarto, the company insists on lots of input from the customer. “It’s fun to work with customers,” he says. There are 15 employees in the company, both men and women, who take painstaking care of every detail.

If you decide you want a Sarto, you have to go to the source, because their brand is not represented by anyone else. You can get in touch with them at www.sartoantonio.com.

And the best part? Sarto means "tailor" in Italian.