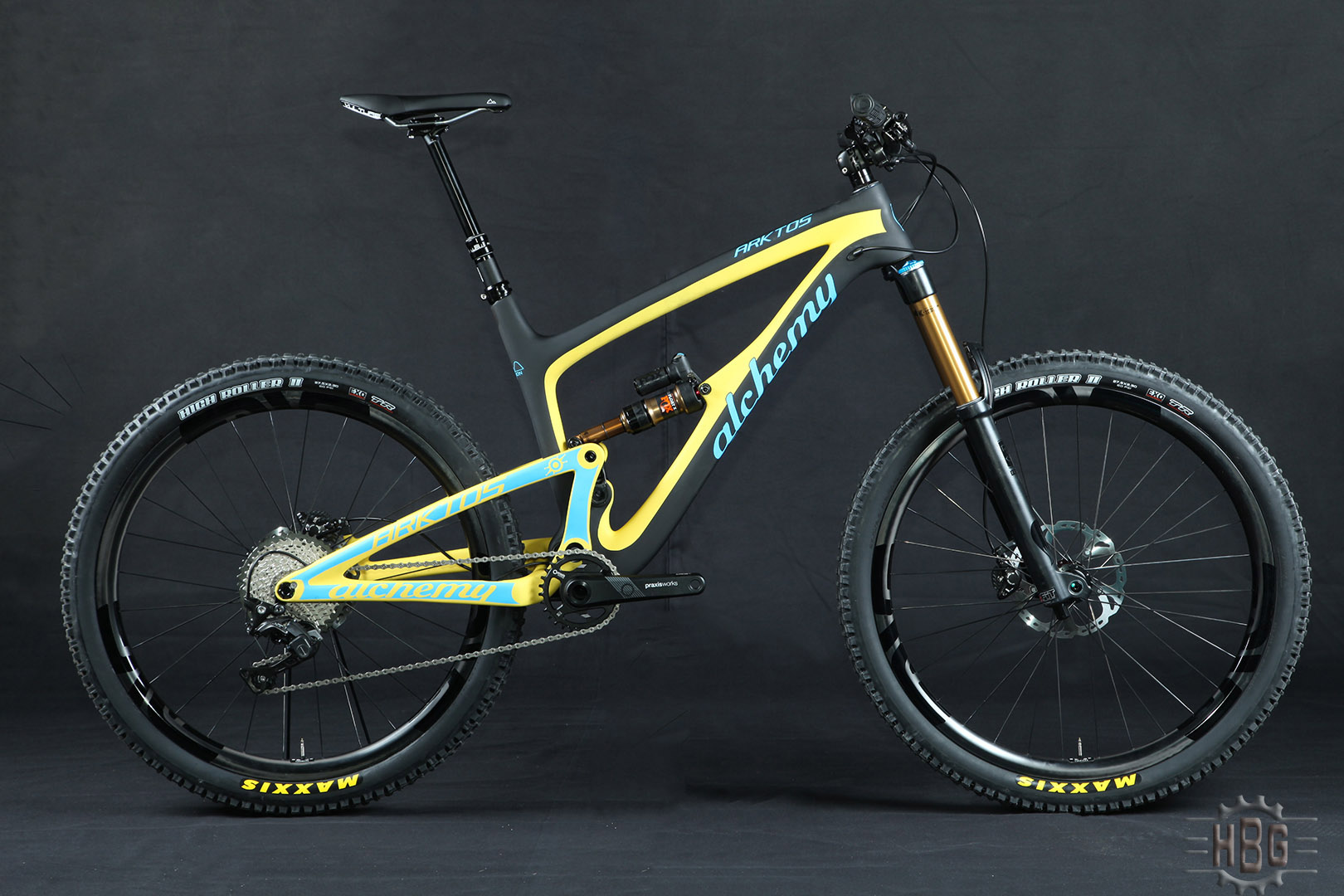 Alchemy Bicycles won “People’s Choice” and “Best Mountain Bike” for the same bike this year. Alchemy announced they were making the “Arktos” about a year ago and the buzz grew quickly around the industry. Mathew Maczuzak, Alchemy’s carbon maestro gave us a good look at the Arktos as well as their Atlas road bike.

The Arktos is made in-house at Alchemy’s Colorado facility. The frame employs 150mm of rear wheel travel and is using Boost spacing which seems to be taking the MTB world by storm. The frame is designed around single chainring drivetrains, which gives a bit more room for wider bearing pivots along with the 148 spacing. The Arktos suspension is designed by David Earl, dubbed the “Sine” design which derives from the shock rate when graphed. Essentially they’ve built a very robust and functional suspension bike we’re all eager to spend some quality time with (hint,hint).

Alchemy has tremendous capability, building all their bikes in-house and fabricating all the tubing, dropouts and junctions under the same roof. They make bikes in steel, titanium and carbon fiber across a variety of disciplines. Road, cross, gravel, MTB: they’ve got you covered.

Everything is painted by Ethic Paintworks, which operates out of the Alchemy factory. They paint Alchemy and have an aftermarket painting business as well.

The Atlas road bike they brought by was a beauty. They mold and cut all the tubing for the Atlas in-house just like with every Alchemy. The Atlas is Alchemy’s “everyday rider” road bike, meaning it has the broadest appeal to all rider types. It was based on their flagship Helios with a few tweaks for more comfort and a more comfortable price at $4000.

A U.S.A. made suspension bike is a rare bird indeed. It takes a lot of knowledge to pull off such a feat, and Alchemy has done a fine job here. The road bikes they showed at NAHBS were all stunning and unique. The future holds great things for these guys.