Sacramento native Steve Rex opened Rex Cycles in his hometown in 1987. They produce 60-70 framesets per year. 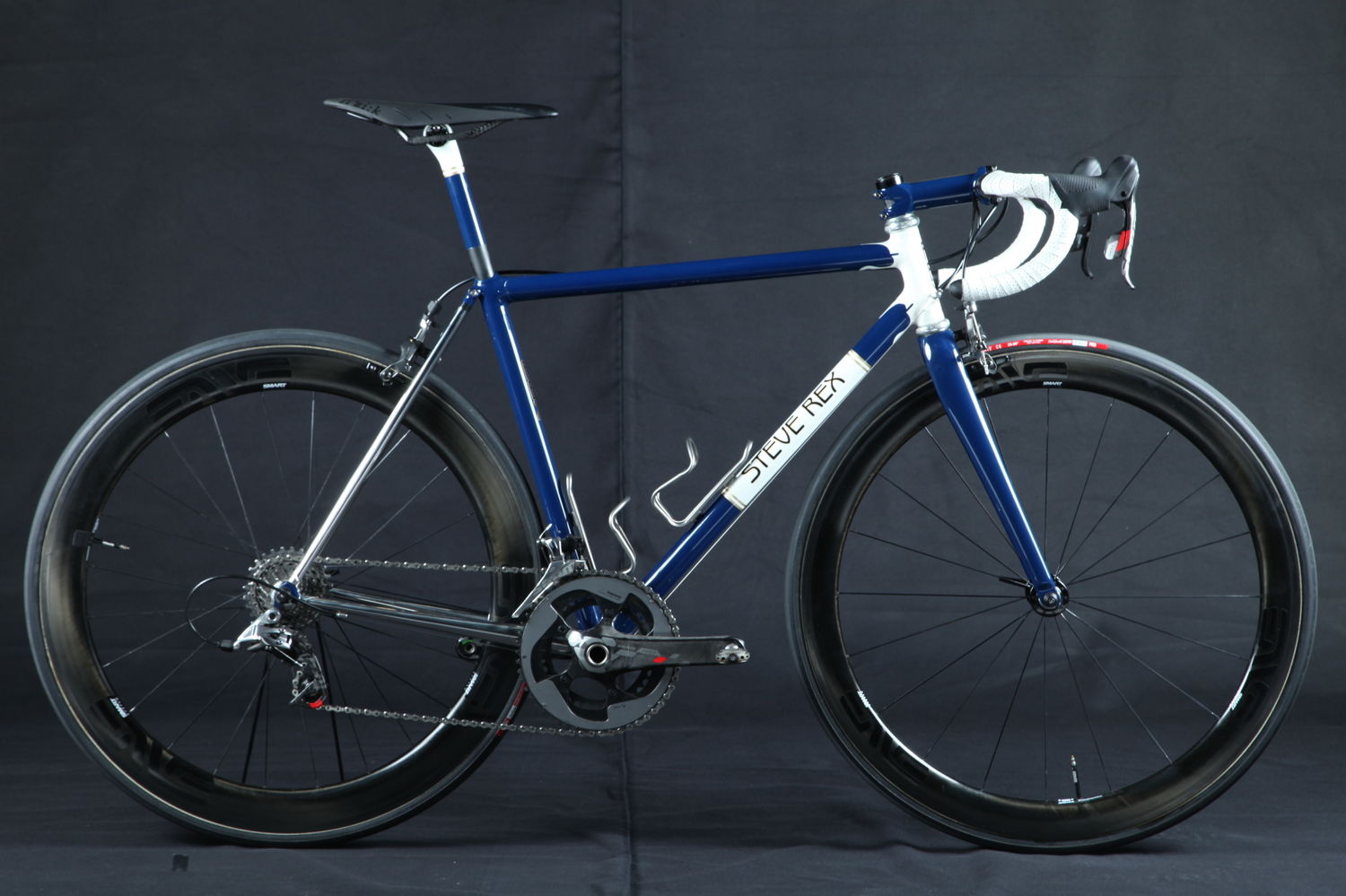 Sacramento native Steve Rex opened Rex Cycles in his hometown in 1987. They produce 60-70 framesets per year.

The Model FL is a steel frame with a stainless steel rear end made from True Temper and KVA tubes. The lugs are built in-house, and the tubes are double oversize with 1 ⅜ inch diameter in a bi-laminate style. Paint was done by Spectrum in Colorado, and the complete bike features carbon bars and fork by ENVE.

Rex told us that he welded a 27.2mm collar to the top of the seat tube so that he could use a larger diameter, and therefore a stiffer, top tube. The result is a “racey, stiff bike,” as Rex described it, that is suitable for all types of racing.

Besides the beefy, oversized tubes and the fabrication challenge they create, Rex also said that stainless steel creates a “polishing challenge” for the builder who uses it.