The Japanese master frame builder Shin-Ichi Konno is widely known for bringing experimental designs to bike shows. In this video interview he talks about a bicycle he has made for a customer. 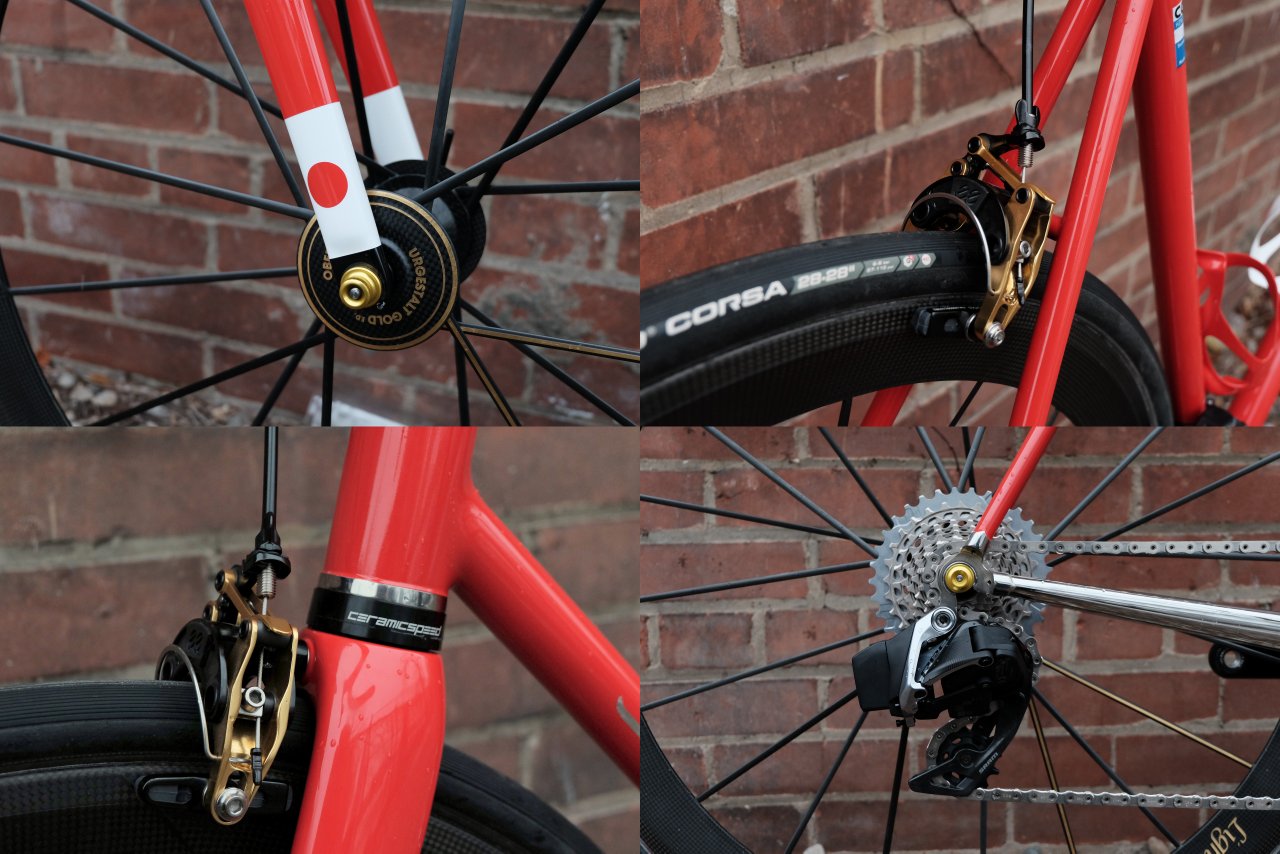 The Japanese master frame builder Shin-ichi Konno has never shied away from controversy, producing imaginative interpretations of the bicycle and bringing these to NAHBS each year to delight and amaze the crowds. Yet not everybody appreciates this approach, and over the years some eyebrows have been raised. Not at HBG, though. We’ve always enjoyed and admired the experimental bikes coming out of the Cherubim workshop (see article linked below).

This year we chose to interview Konno about a non-experimental bike, one that Cherubim made for a customer. Notably, the bike was ordered and designed in Blacksmith Cycle, a high-end bike shop in Toronto, Canada, which represents several dozen custom bicycle brands.

Konno was ably assisted in translation by his employee, Keigo, but the interview was cut short when the last of the vdieo memory cards filled up. It was the end of the show on Sunday afternoon, and with booths breaking down all around us there wasn’t enough time to copy and delete files then continue the interview, so we put the final question and answer into its own article. The question was: What is the purpose of making the unique experimental bikes?

Thanks to the interviewer Ely Rodriguez, who asks good questions and makes excellent custom bike bags in San Francisco under the name RuthworksSF.