Todd Ingermanson of Black Cat Bicycles talks about an adventure bike he made for a customer, which combines a clever mix of tubes, components and bag incorporation methods. 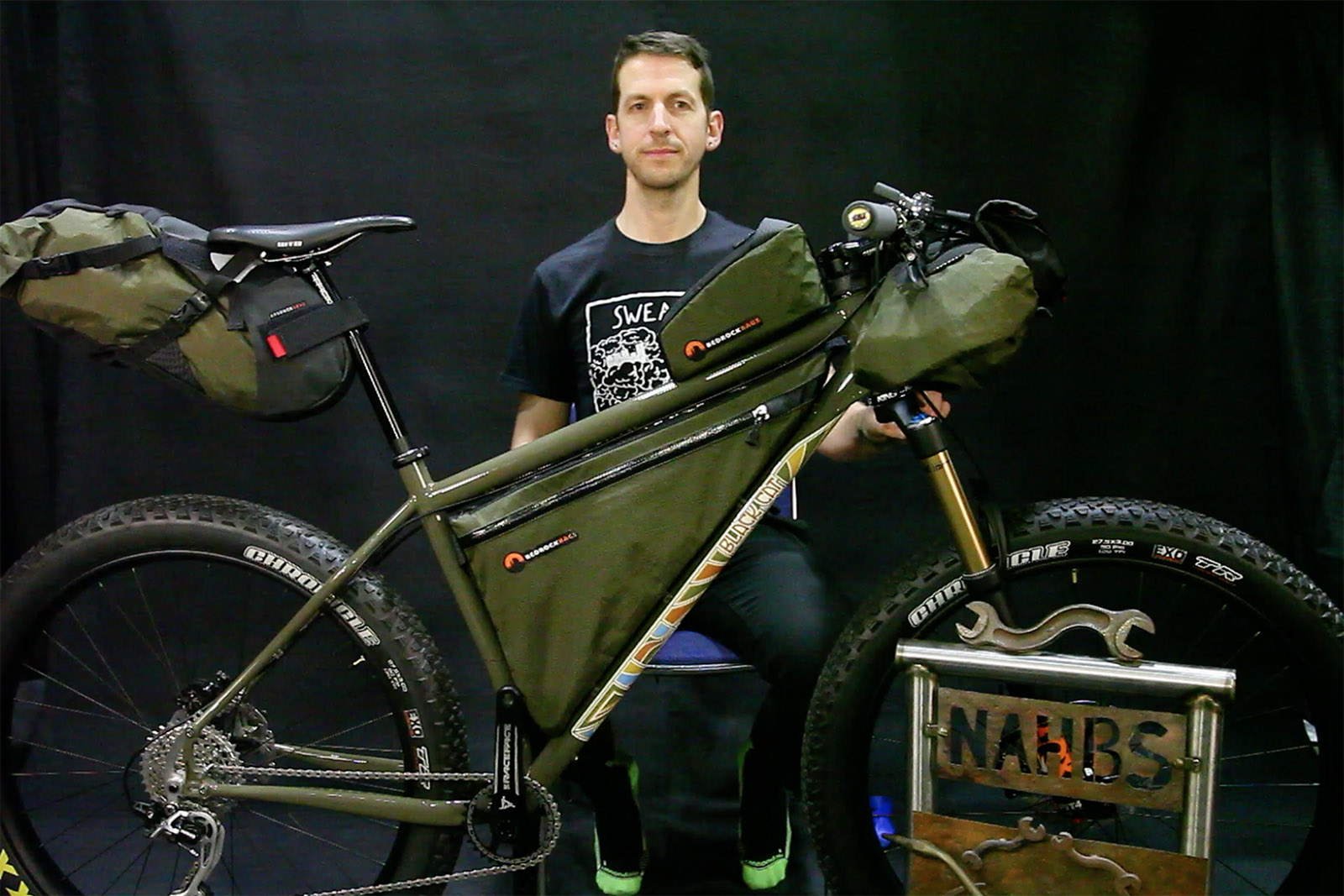 Most of the NAHBS awards categories require a builder to officially enter a bicycle. Yet two categories apply to all bicycles on the show floor: Presiden'ts Choice and Best in Show. Todd Ingermanson, sole proprietor of Black Cat Bicycles, based just outside Santa Cruz, California, has resisted entering the NAHBS Awards in previous years, and this year he was more surprised than anybody to be called up to the stage on Sunday afternoon. "The judges have been at me to enter a bike in the NAHBS Awards for years, but I wasn't that interested. Maybe this is their way of getting me back!" he joked at the video shoot.