Calfee Design has been around since 1988, and they are pioneers in the design of carbon frames. The company has continued to bring new designs to the market offering more and better choices. The latest is rear suspension for a road bike. 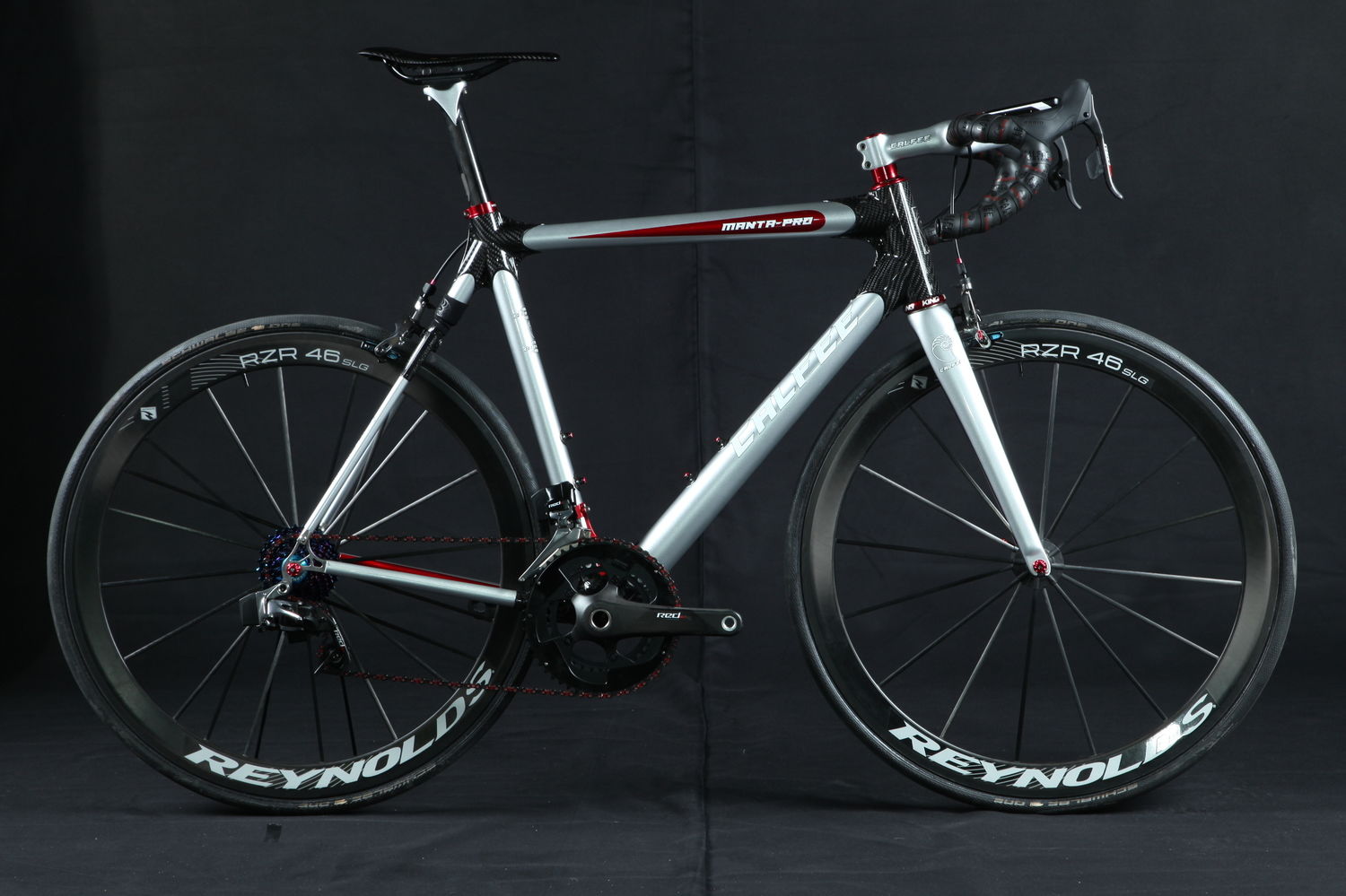 Calfee Design has been around since 1988, and they are pioneers in the design of carbon frames. A Calfee-built carbon frame was ridden by Greg LeMond in the 1991 Tour de France, and this successful pairing started the carbon frame proliferation that has taken over the pro peloton.

The Manta Pro that Calfee displayed for us reflects the carbon heritage of the brand as well as its racing pedigree. It’s a standard road racing bike, only with suspension in the rear that has 12 millimeters of travel.  The chainstays are pivotless and rely on the flexibile material properties, an idea that has gained traction in F1 racing cars in recent years. This new development in bicycle design, a suspended rear end, saves energy and reduces fatigue in rides and races from single to multi-day stage events, as you might imagine, but with improved traction over an unsuspended rear end, there's a performance advantage for racers of all stripes as well as recreational cyclists.

“The suspension makes you go faster in all types of racing,” said Craig Calfee.

The frame was painted in-house, and features a Calfee-produced bar/stem combo with an integrated Garmin mount. The new SRAM Red wireless groupset adorns the frame, resplendent with red overtones, such as the KMC chain with red-painted links, and a red-tinted rear cogset with complementary blue spacers.

Calfee said that the main fabrication challenge with this bike was getting the chainstays stiff enough. This was accomplished by beefing up the carbon layout on the stays and in the critical space between the tire and crankset.

“There’s limited room and you can only make it so thick there, so getting it strong enough is a challenge there,” said Calfee.