Corey Lowe of Seattle's Eyewater Bicycles is bringing the romance of steel to the custom carbon scene. 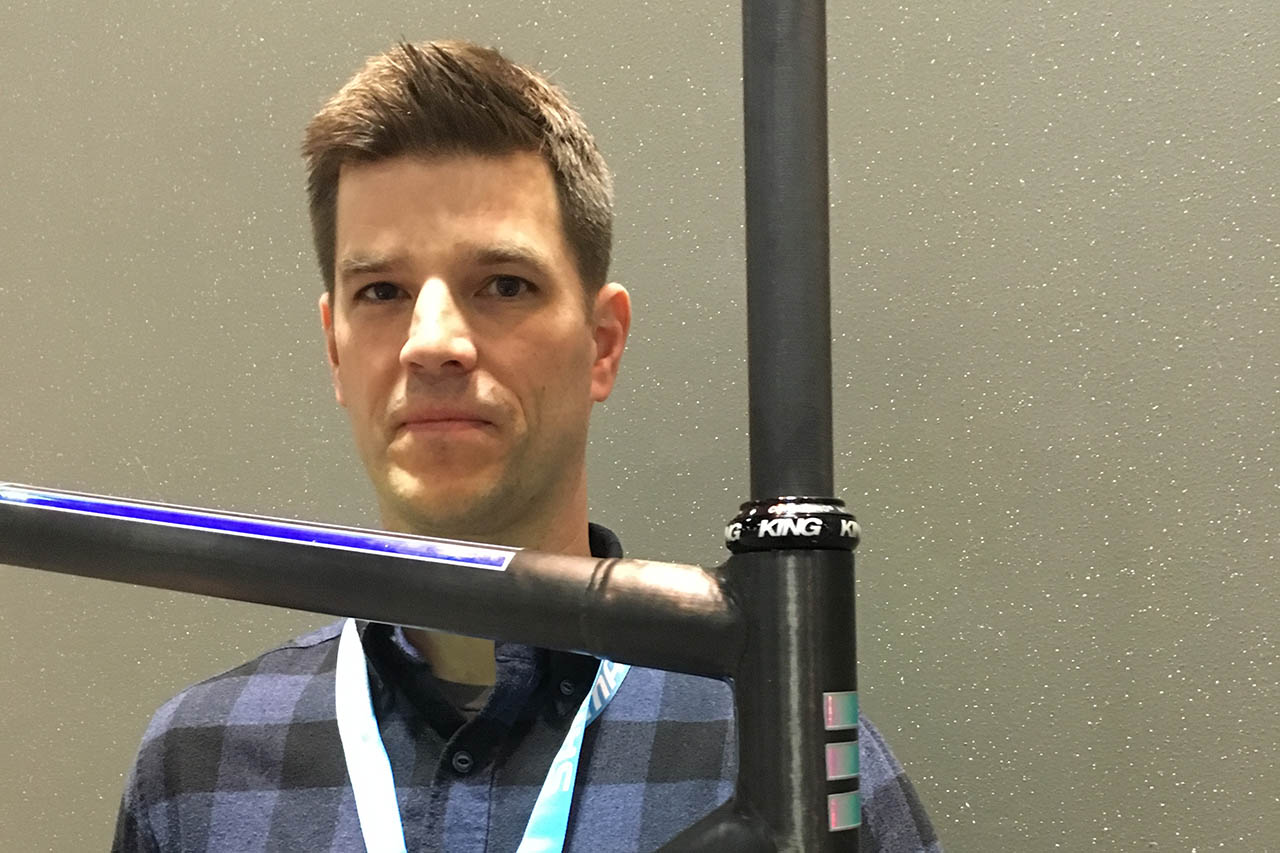 Engineer Corey Lowe has worked at some of the most reputable cycling manufacturers, and now he's doing it his way. All photos: Mark Hallinger

Corey Lowe, founder of Seattle-based Eyewater Bicycles, used to work as an engineer for Specialized, Cannondale and Parlee. About two years ago he founded Eyewater, at least partly to bring some of the allure of steel to the carbon world. 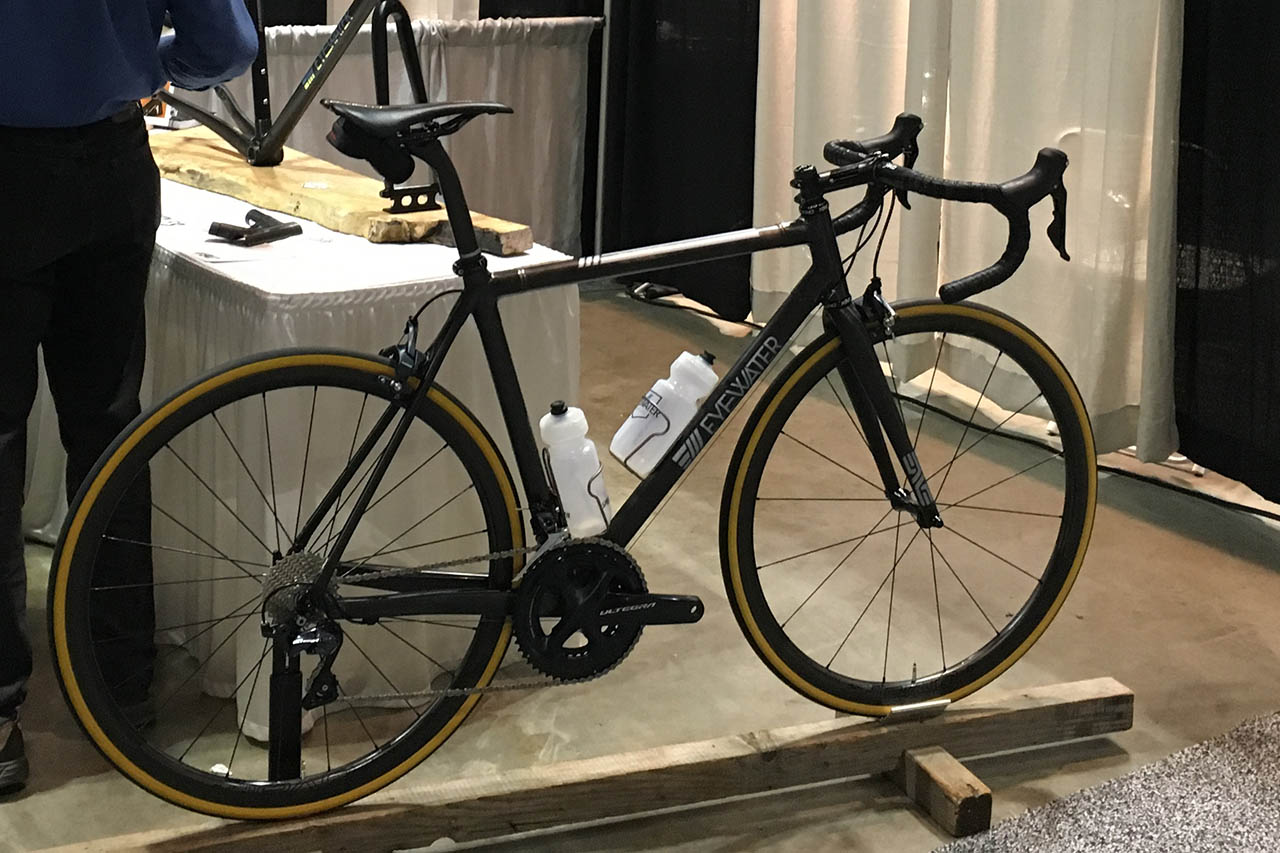 “Steel has romance, and I want to apply some of that romanticized beauty to the carbon world,” says Lowe. He’s particularly fond of the distinctive way his frames are joined where tubes meet. Rather than ‘screwing and gluing’ or bonding the joint in some manner, Lowe takes carbon tubes that have been mitered down just as one would do with steel, then overwrapped with raw carbon plies before being pressurized and baked. 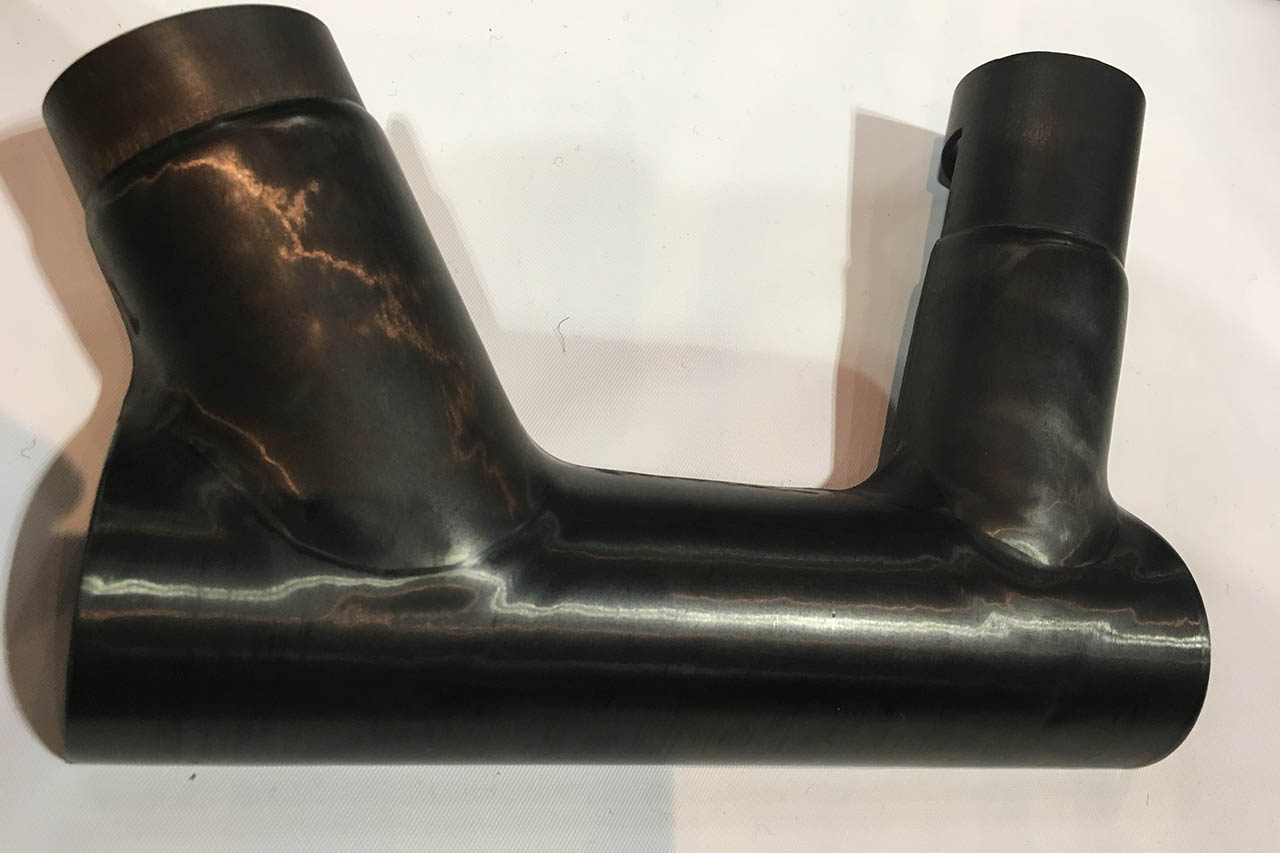 We're not sure what the cutaway on the head tube mounting post is for, if anything other than making a cross-section sample

What emerges from the oven has a finish Lowe finds pleasing: “I like the idea that you can see it, it adds a technical element to the look.”

It’s also a solid, well-built design that provides a very clean cross section. The tube to tube design also means there are really no limitations on geometry, and mixing of tubeset weights is also an option in custom builds. 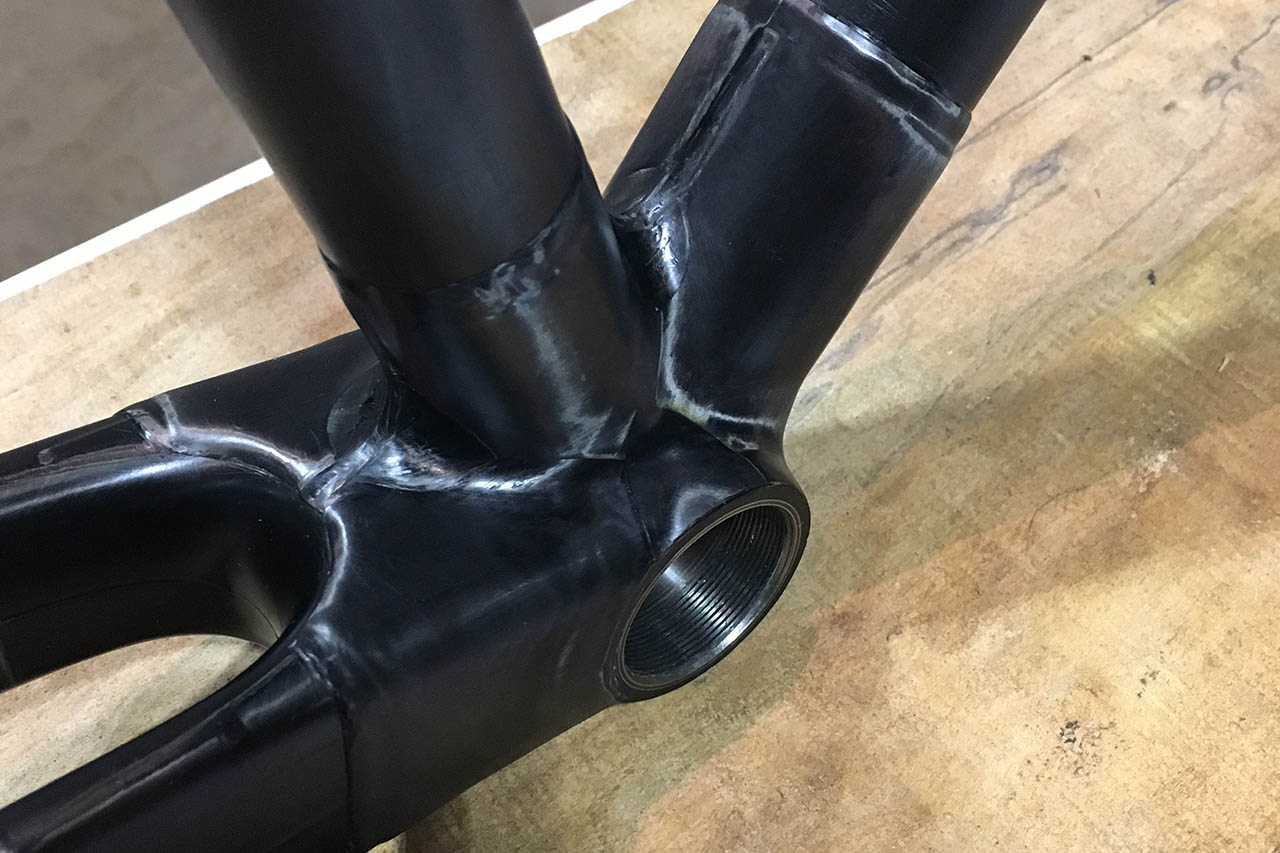 The raw-looking finished product suggests a sense of pride in the manufacturing process.

Lowe said that custom carbon is relatively new, as designs such as his have a higher barrier to entry for the builder than metal builds. Currently he is only offering 700C road bikes with rim brakes, which can handle 28mm tires at max, but this is evolving.

Eyewater? It’s what your eyes do when going crazy fast on a bike.