The hope of Toivo Cycles

Toivo Cycles is a new builder from Korea, who came to NAHBS 2018 to show beautiful builds and gain inspiration for a growing handbuilt bicycle scene on the Korean peninsula 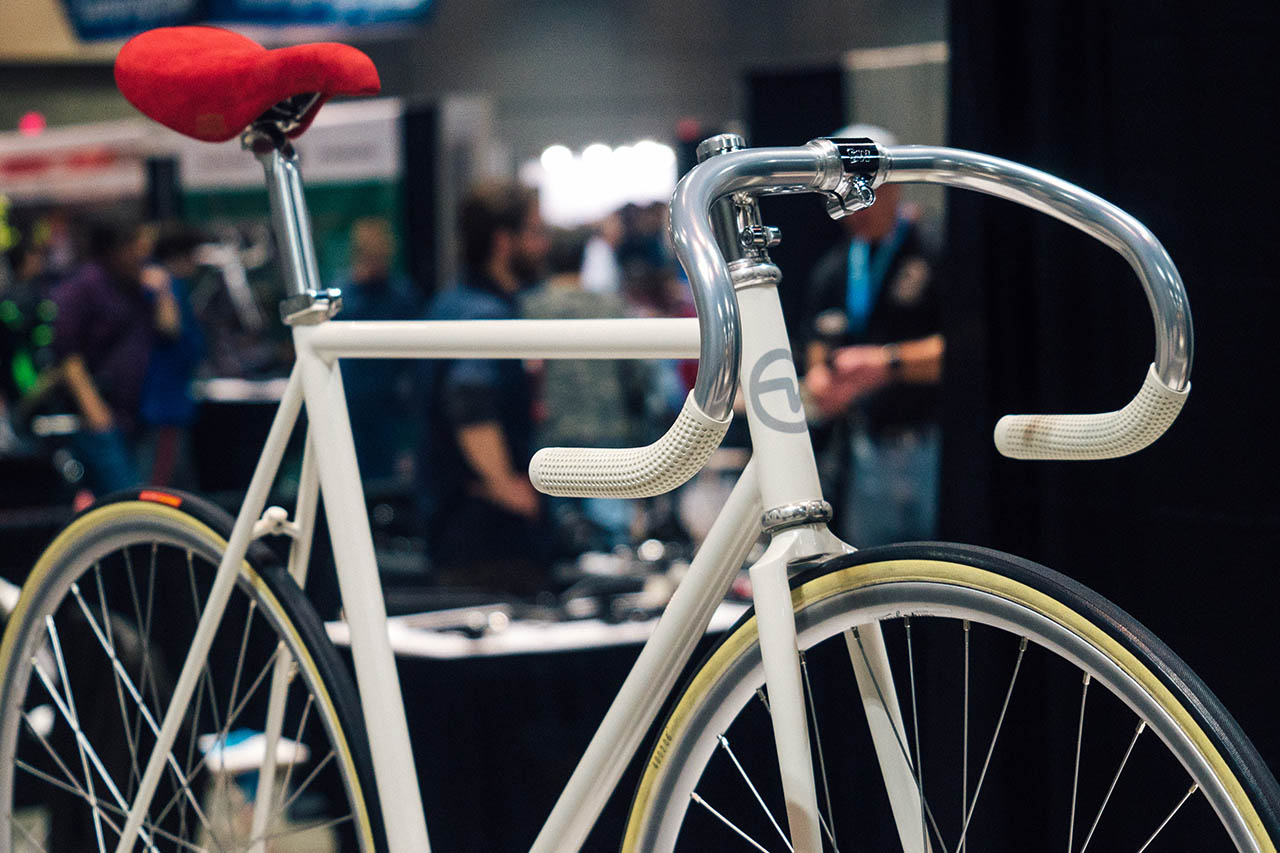 While the rest of the world headed to Korea this month, one Korean hopeful came to Connecticut. 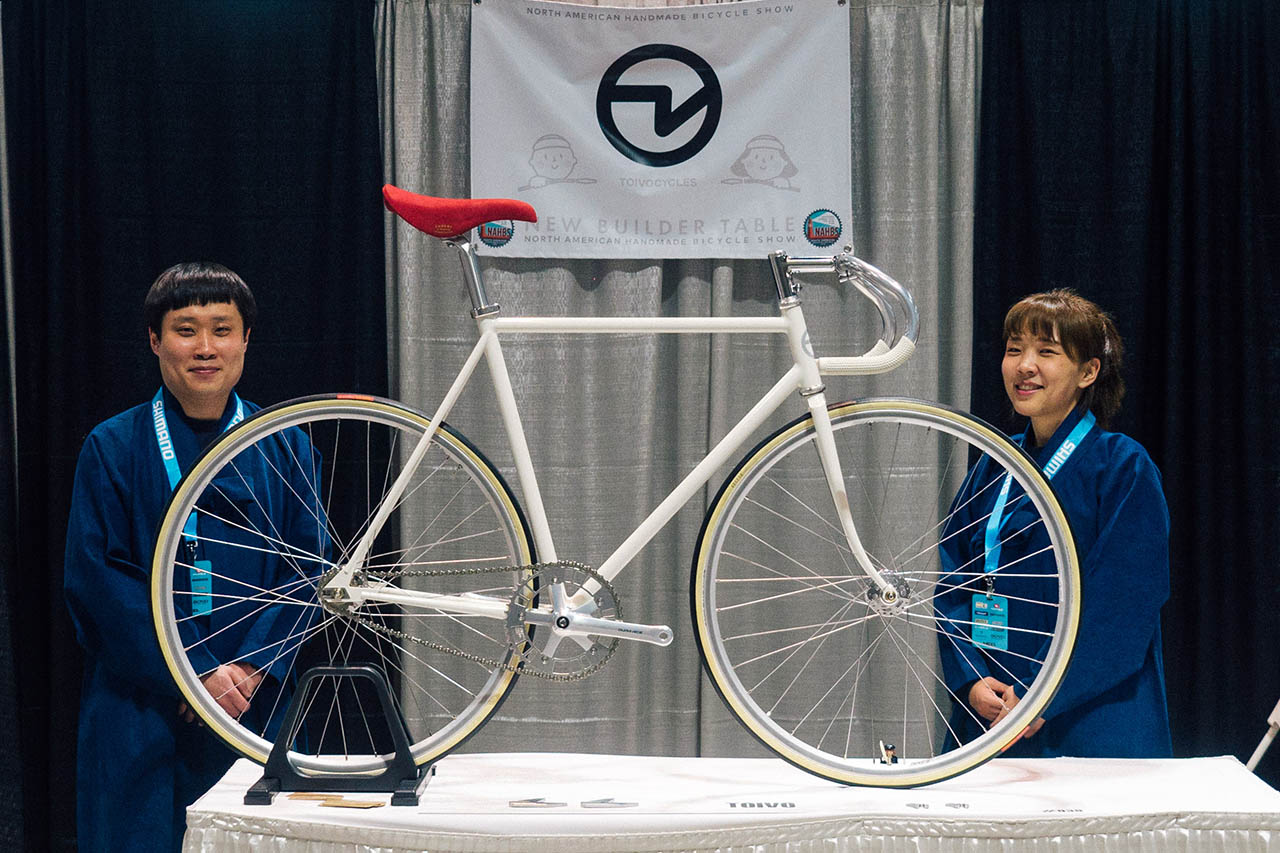 Toivo Cycles is located near Seoul, and has been operating less than one year. It was founded by Ms. Yoo Somang and Mr. Lee Sangwoo. Both are recent graduates of the renowned Tokyo College of Cycle Design, a government-certified school for people looking for a professional, complete education on frame building. During a two-year TCD course they received instruction from Japanese masters such as Shin-Ichi Konno, Takeshi Murayama and Toshiyuki Kimori. 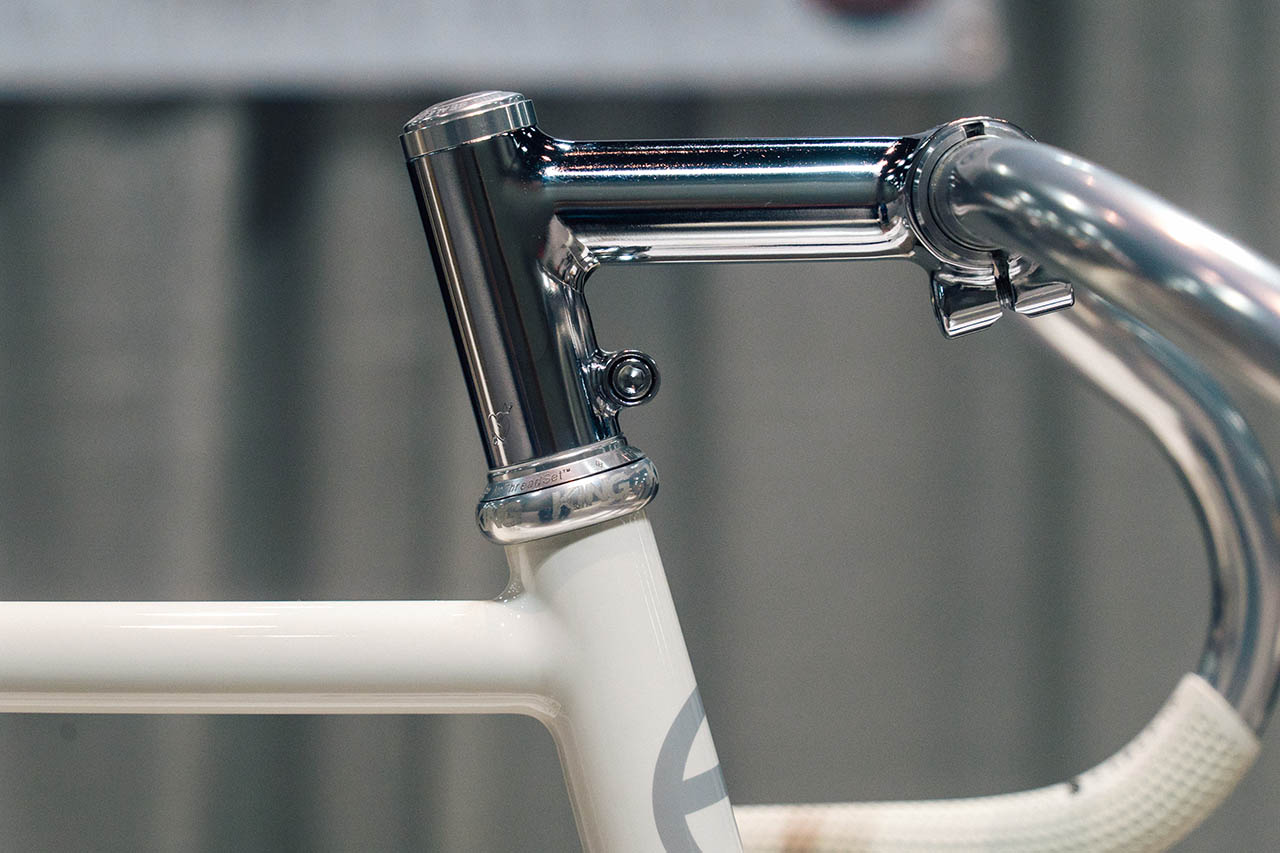 A Simworks by Nitto stem sits atop a Chris King headset, completing a front end that oozes quality and style.

The pair had an elegant track bike on display, geared for proper racing. The fillet welds were smooth and the design was spartan. An elegant, subtly tapered head tube was incorporated to add the stiffness a strong track racer desires when getting a bike up to speed during a kilo start. Another nice touch, courtesy of Ms Yoo’s machining skills, were custom front and rear dropouts. The frame is made with Kaisei steel (formerly Ishiwata). Components include hubs by White Industries laced to Campagnolo's stiff Seoul88 rims, a Chris King Headset and Simworks by Nitto stem. Cranks are Dura-Ace. 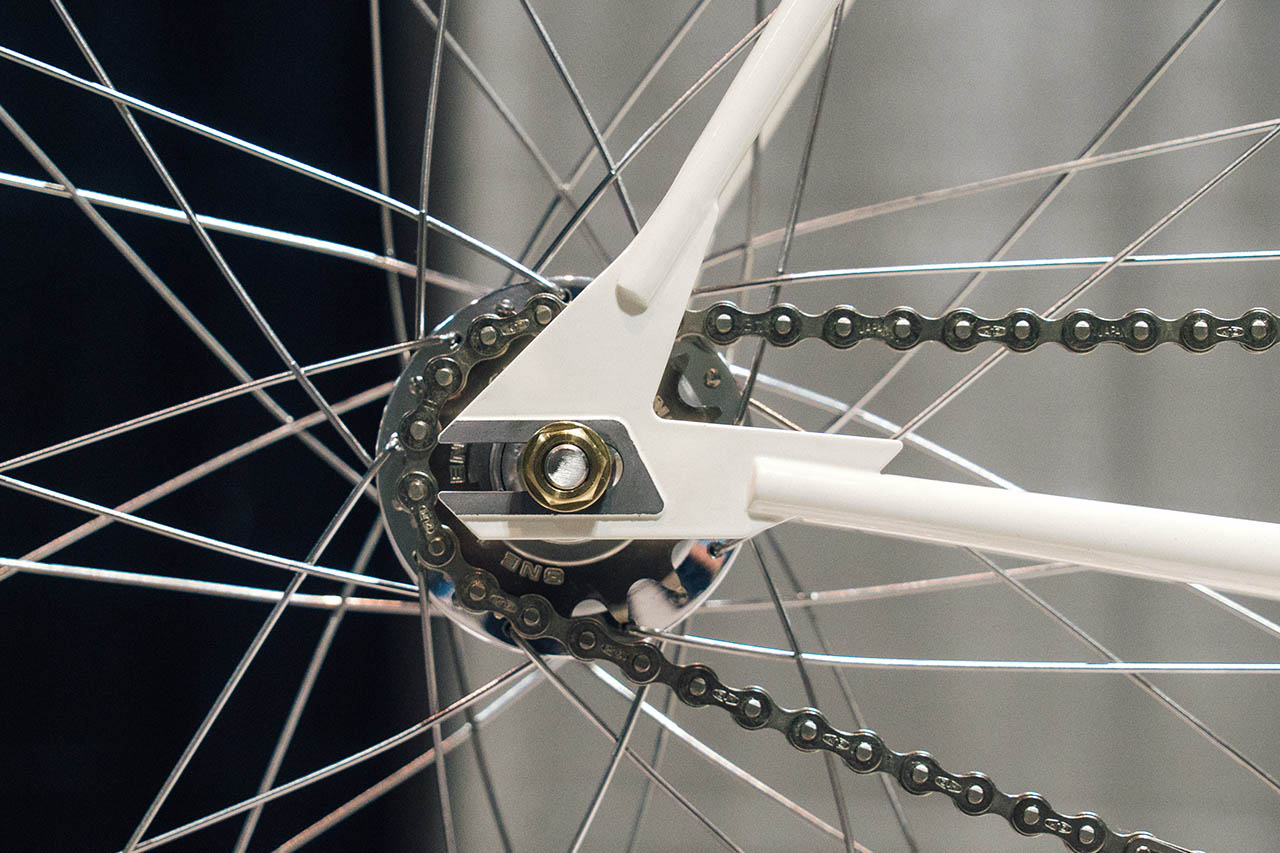 Toivo is truly a fledgling operation, but the pair plans to offer road, gravel, commuter and other frames to its repertoire. Only frames will be sold, no complete bikes.

What does Toivo mean in Korean? Not a lot. It’s actually a Finnish man's name meaning hope, a by-product of Ms Yoo’s love for the Northern European nation. 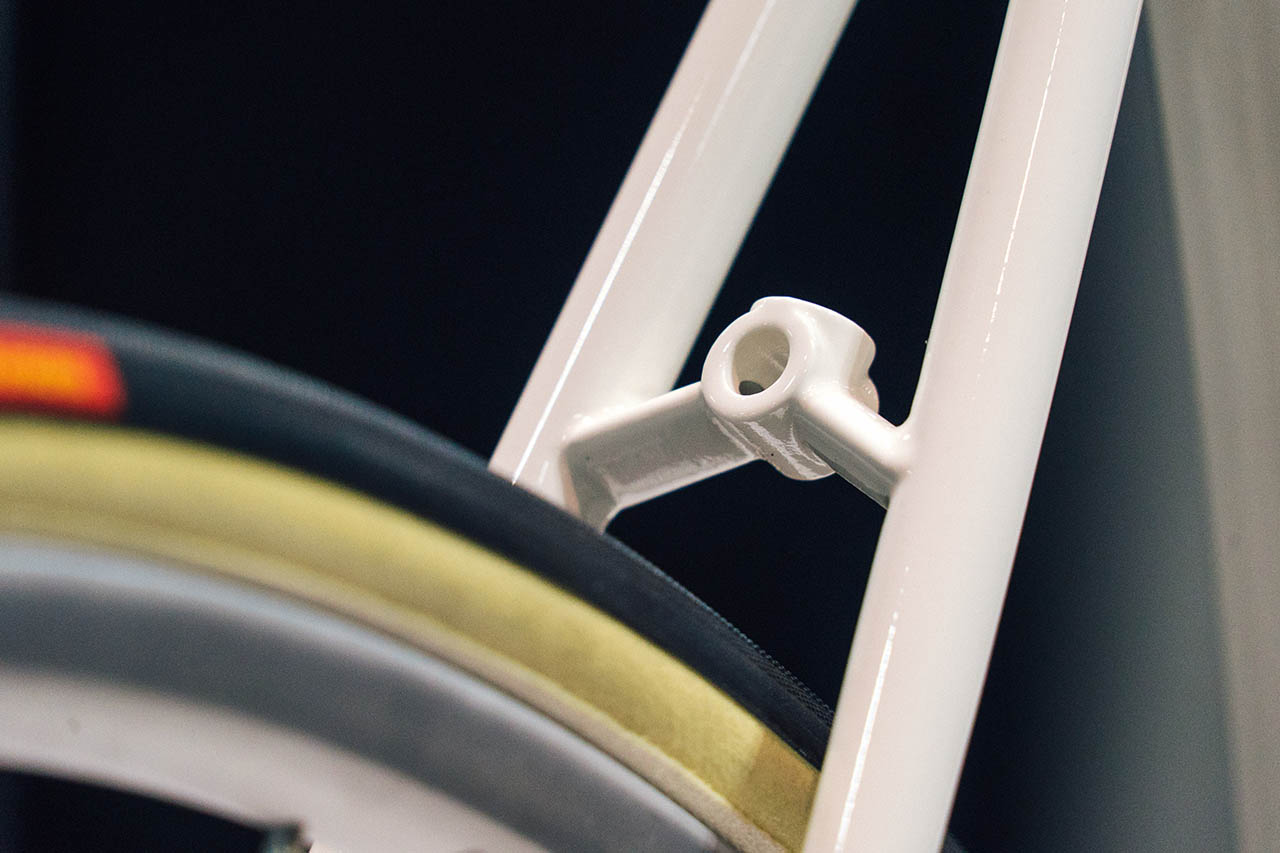 They're just looking for the right decorative object to place in there.

And while the drilled rear brake bridge you might see in these pictures could instantly bill it as not a total track bike, Mr Lee, through a quick translation app on his phone, explained that the frame was was not actually fully complete. Once back in Korea, it will be filled with a distinctive bit of design, making this track bike truly functional art.

Thanks to freelance video/photographer Keun Yeung Park for images. Find him on Instagram @hbfilm