Bicycle Collector Harvey Sachs brought a 1972 Cinelli SR bicycle with him to the Classic Rendezvous Weekend that featured a couple of innovative components from the Italian brand that were far ahead of their time.

Vintage bicycle collector and aficionado Harvey Sachs displayed several interesting bicycles at the Classic Rendezvous Weekend in Greensboro, North Carolina, including a Cinelli SR from 1972 that sports several innovative and proprietary components that were far ahead of their time, but which ultimately failed to catch on. 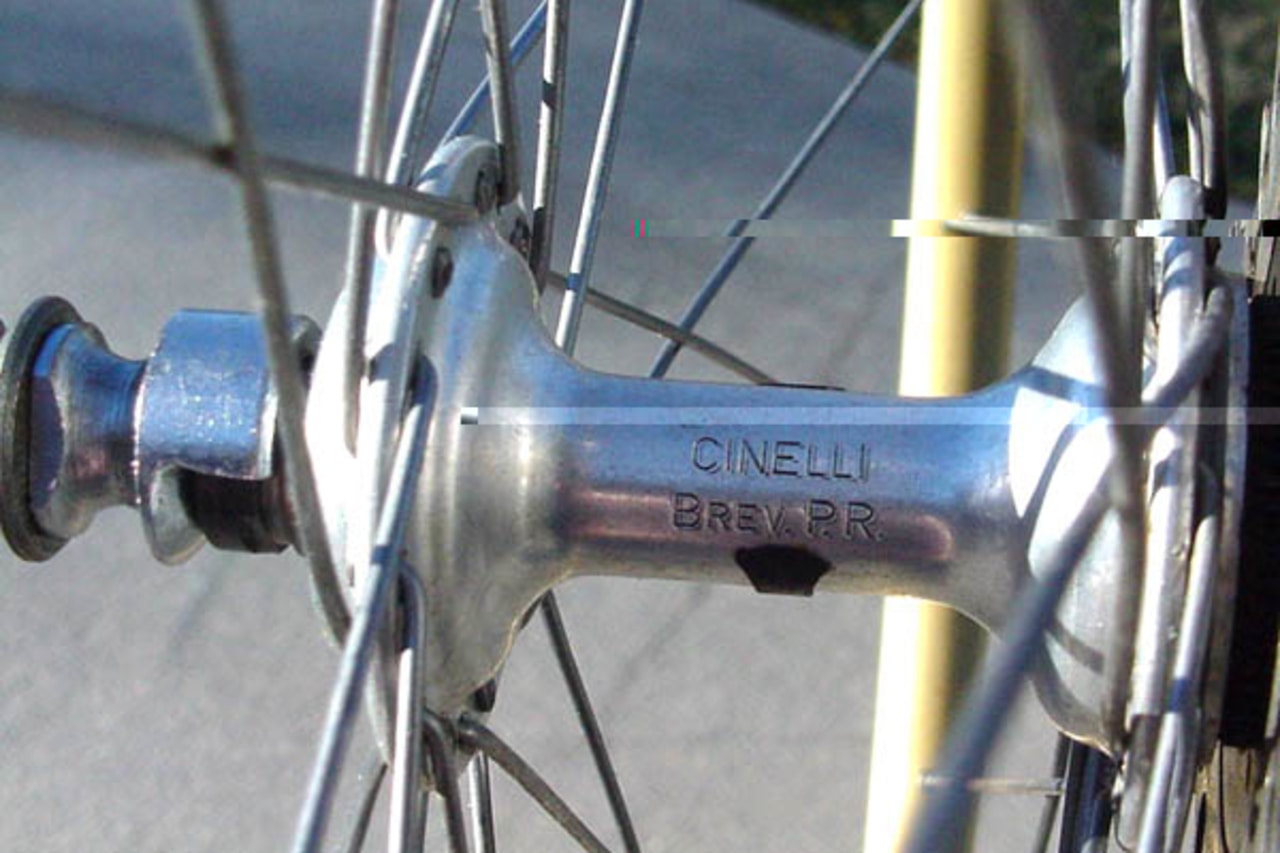 The Cinelli BiValent hubs were introduced in 1961, some seven years before the Cinelli 1A stem would become the standard bearer for the industry. The BiValent name refers to the dual function of the hubs: wheels built to the hubs could function as either front or rear wheels. This dual function was enabled by a freewheel that didn’t attach directly to the hub body, but was held in place by a splined ring and a special rear skewer that kept the cogs in position against the dropout if the wheel was removed. A unique spacer arrangement kept the spacing the same for front and rear wheels, meaning no rear wheel dish, which made for a much stronger wheel.

In our age of an ever-increasing number of rear sprockets and different cog spacing between manufacturers, the advantages of such an interchangeable system for race team mechanics are readily apparent. However, at the time mechanics weren’t ready to make the switch because the system mandated universal acceptance from teams (somewhat akin to the current disc brake adoption controversy).

BiValent cogs were mounted to the skewer and not directly to the hub body.    Photo: Classic Rendezvous

From a consumer marketplace standpoint, the BiValent system was too expensive because of the many small and specialized, proprietary parts that increased both mechanical complexity and manufacturing cost.

For these two key reasons, the BiValent system ultimately failed by the late 1960s and Cinelli stopped producing the hubs, although they were still available into the 1970s, when Sachs’ frameset was produced. 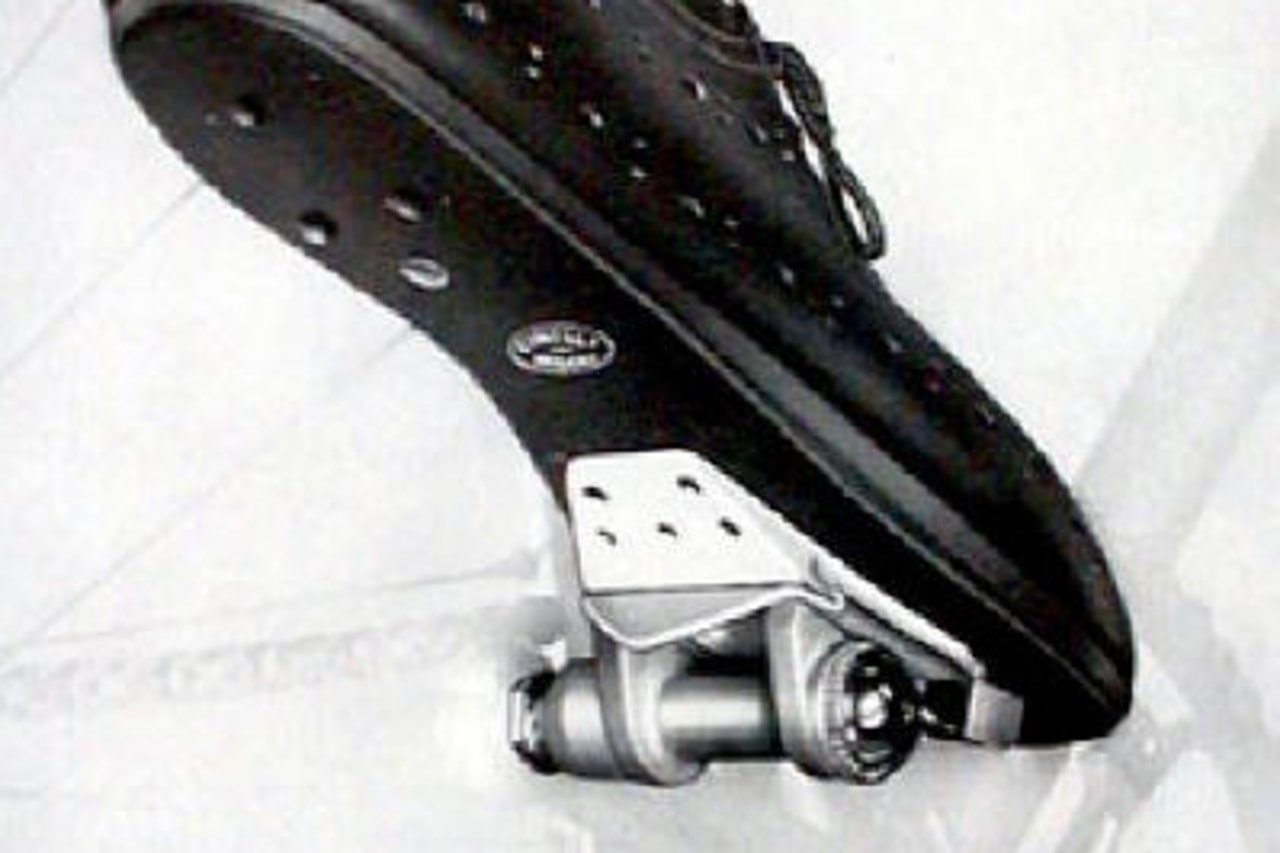 The M71s feature a grooved aluminum pedal body that a plastic cleat would slide into. Sound familiar? This is where the commonalities with modern clipless systems largely end. The rider would have to release the cleat by pulling a lever at the front of the pedal away from the crankarm. This same lever would, in theory, release the rider’s shoe from the pedal in the event of a fall.

The operative words here are “in theory.” Sachs referred to the pedals as “widow makers,” which gives an indication of how successful riders were in getting their feet out of the pedals, and in saving themselves from leg-twisting and knee-rendering injuries in the event of a fall. 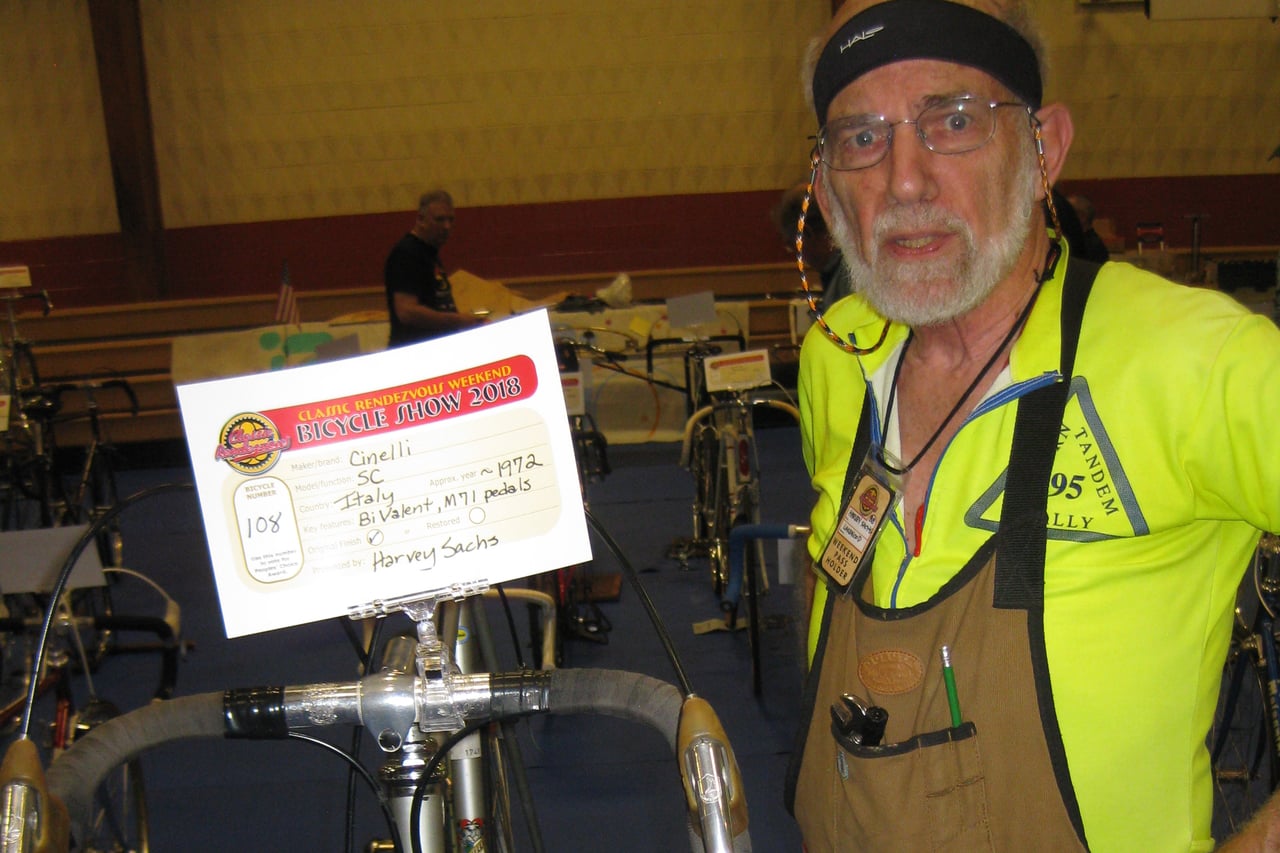 Like the BiValent hubs, the M71s never really caught on despite, or perhaps because of, their innovation. Cino Cinelli would go on to sell his innovative brand to Columbus, S.A., the tubing manufacturer and parent company of rival bar and stem manufacturer 3TTT, in 1978. The now-famous “flying C” Cinelli logo with the rainbow wings came after the sale of the company.

Today, classic steel Cinelli bikes are known perhaps more for their stately elegance, chromed lugs and exquisite solid red and blue paint jobs, than for their brand’s history of innovation. But Cino Cinelli’s true legacy is one of ambitious innovation that, like Icarus, often flew too close to the Sun.