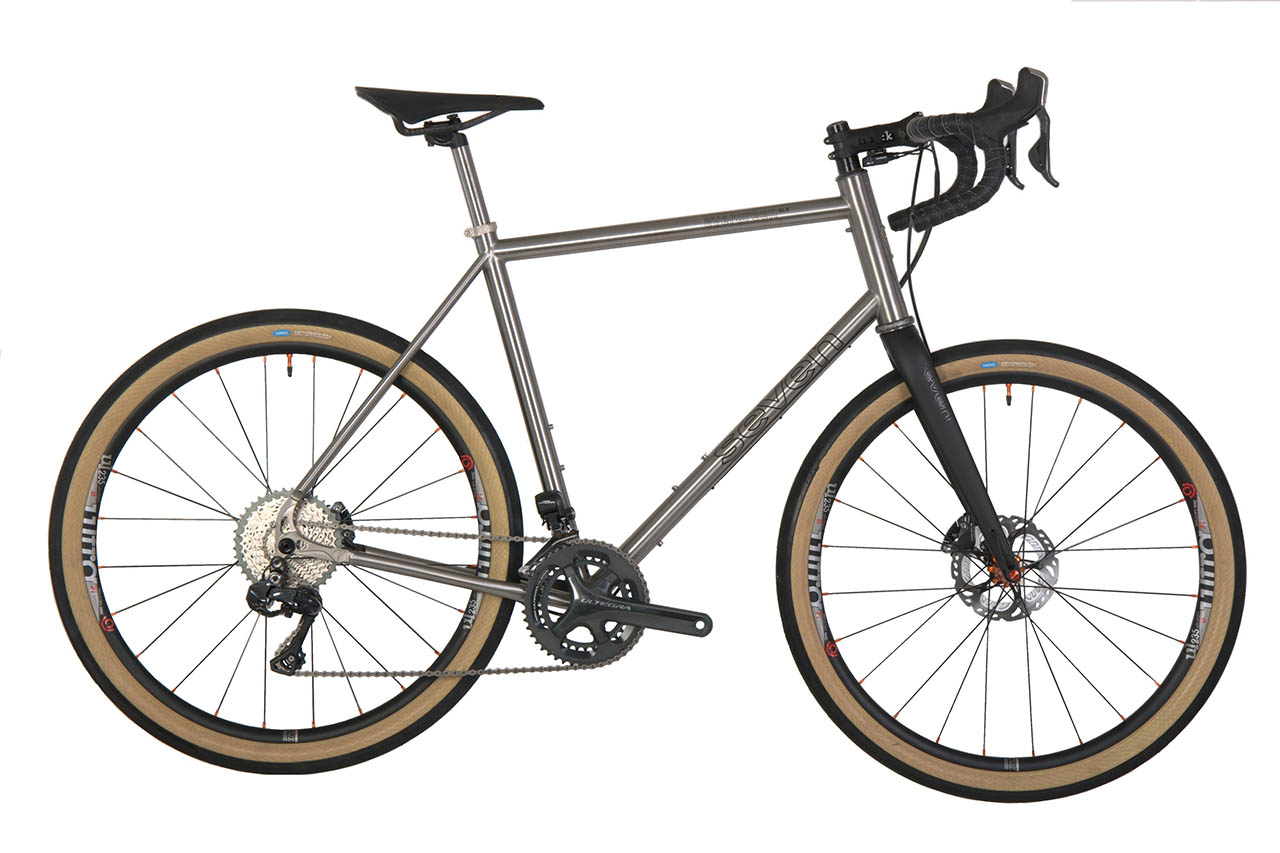 Seven Cycles has been paying close attention to what gravel and adventure cyclists have been asking for: a fork they will love. A few years back, when discussing carbon forks for adventure bikes, Sam Whittingham, of the renowned Naked Bicycles, expressed the desire to see longer rakes, 50mm or more. Seven's new MATADOR fork goes well into that territory with a stock 55mm rake.

Seven's founder, Rob Vandermark, points out that the particular combination of design features on the Matador are not available on any other fork, which would put them ahead of the game in the gravel bikes market. In a frame with standard gravel bike geometry, the 55mm rake (aka 'offset') extends the wheelbase to create a more longitudinally stable ride and, with slightly less trail, a wheel flop balance better suited to the conditions commonly encountered in gravel riding. A significant side-effect of this is to reduce overlap potential for riders with longer toes.

The prospect of a fork offering lower trail got a warm reception on social media, with commenters looking forward to more forgiving steering on gravel, and less 'stickiness' of fat tires on asphalt.

The Matador fork accommodates up to a 700Cx45mm tire, or 650Bx2.1". So it will allow, for example, the outstanding Rock n Road tire, and Panaracer's Gravel King. It is designed primarily for flat-mounted disc brakes for up to 160mm rotors, but can be adapted to fit post-mounted brakes instead. A welcome feature for those in northern climes is fender mounts.

Vandermark says, “Forks are still catching up to frames in terms of options for riders trying to do long, off-road, mixed-terrain rides. Initially, cyclocross forks were the only option, and then a variety of disc forks hit the market, including several of our own design. MATADOR is, we think, the most contemporary design on the market now.”

Seven's intention is that most of the Matador forks will be sold as part of a complete Seven build, but as a gesture to gravel riders who already have a nice bike they are also offering it as a standalone product through their website for $565.

The Matador derives its name from the design objectives: mixed-terrain, thru-axle, disc. At $565, it's not the least expensive carbon fork on the market, and we've not ridden it yet, so cannot offer an opinion. But on paper at least it looks like it could be the new leader for gravel riding and if so would be well worth the price.

This article has been updated to reflect social media comments.