T Red Bikes is a young Italian company with a taste for clean lines, light weight and cutting-edge design.

T Red have been producing handbuilt, performance-oriented bikes in Desenzano del Garda, Italy for two years. Without a legacy that many Italian builders can boast of, T Red has its sights clearly on the future, with a minimalist design ethic, clean lines and light weight.

Erica Marson is T Red’s General Manager, and she explained T Red’s modular product line that features four basic model options, or “weapons” as their website calls them. The Arachnide (“spider”) models are for pure racing, available in carbon or titanium versions and with disc brake or traditional rim brake options.

The Bestianera models feature carbon construction with sweeping lines, and an electric powered model, the Bestianera Hybrid, features an electric motor in its rear lenticular disc wheel and lithium batteries that recharge dynamically as the wheel decelerates. The motor’s power output can also be adjusted on the fly from a bluetooth device. Despite having a motor in its rear disc wheel, the Bestianera Hybrid tips the scales under 10 kg, making it the lightest mechanical/electric bike available today.

Marson showed us an example from the third model line, the Camobeast  Acciaio SSCX. The Camobeast models are all-terrain bikes, and the Acciaio is built with lightweight steel tubes from Dedacciai. The Acciaio SSCX can be used with either belt or chain drive, courtesy of a rear triangle that opens, and has interchangeable dropouts. This allows the user to go from single speed to 1x11 or 2x11 speed setups quickly and easily.

The Camobeast Acciaio’s versatility doesn’t stop with variable speed options either. “You can race cyclocross on the bike, or go out for a paved road ride in the morning and decide to come back later that day on gravel roads or trails,” said Marson. This versatility is enabled by a slightly higher bottom bracket and clearance for tires up to 38mm wide. 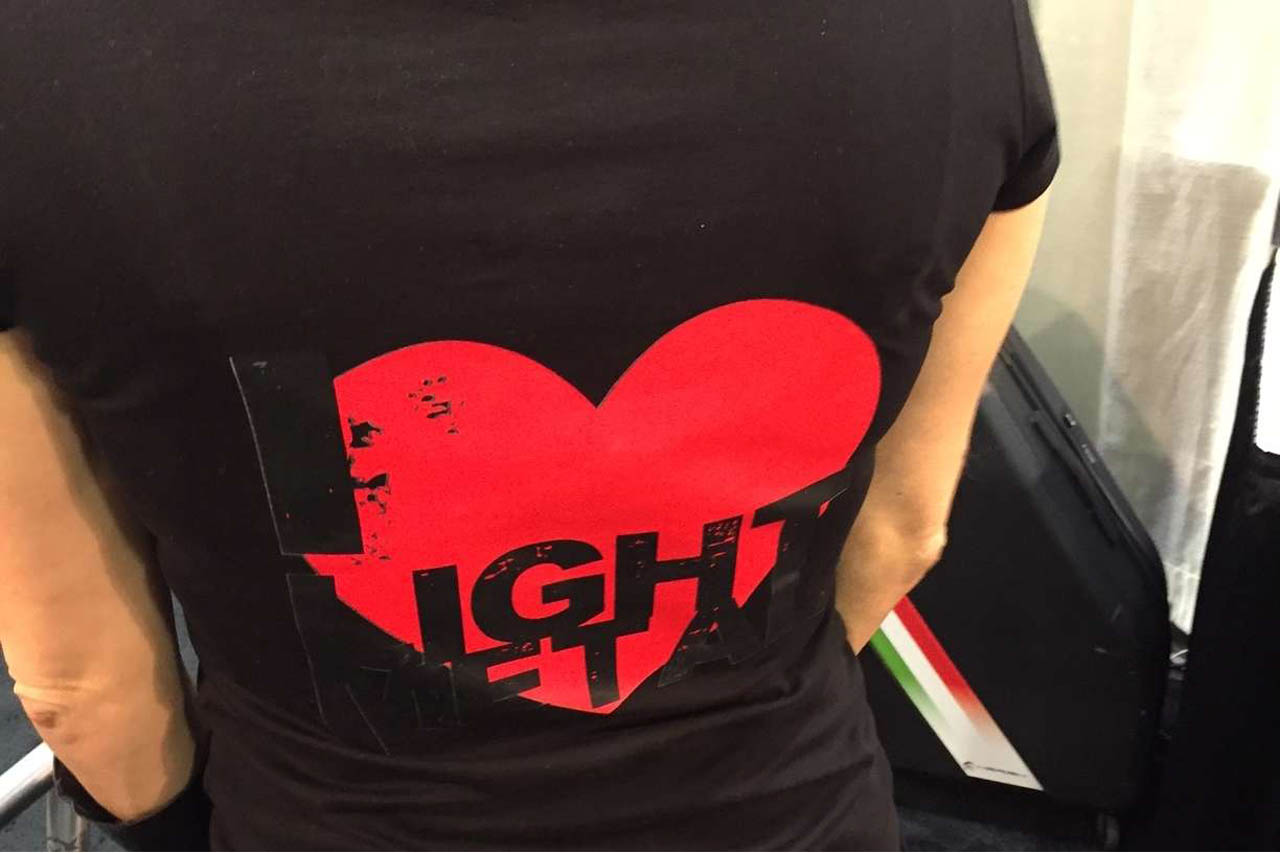 But what seemed to most excite Marson was a new line that T Red are introducing on Kickstarter called the Manaia, with the surrounding campaign called “I Love Light Metal.” The Manaia features super-light aerospace-grade 7000-series aluminum/magnesium tubes reinforced with scandium and zirconium. Marson also showed us the OMC Italia-produced cranksets made for the Manaia that feature a super light, one-piece spider/chainring combo that both saves weight and increases stiffness. With the Kickstarter launch now underway, you can purchase a Manaia online with significant savings for a limited time right at T Red's Kickstarter page.

T Red bikes are all available in custom options, so you can approach the future with a bike that uniquely fits you.