Shamrock: The lug of the Irish

Tim O'Donnell's track bike is an uncompromising racer that will soon be seeing velodrome action. 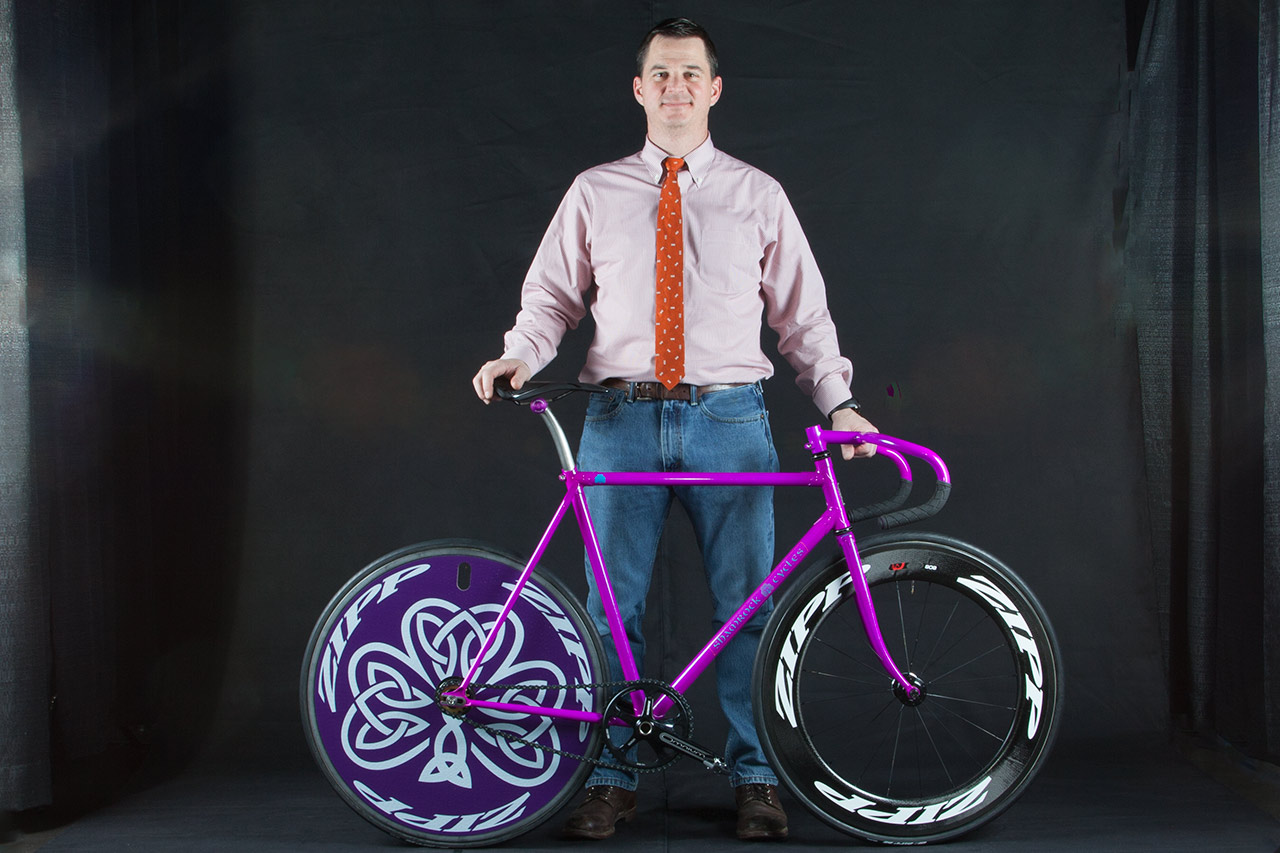 After openining the doors of his Indianapolis frame building business in 2008, Tim O'Donnell soon found himself making lots of bikes in the cycling disciplines he knows best: road and cyclocross. O'Donnell is no stranger to mountain biking either, but as his company slogan ironically notes: "Handbuilt in the mountains of Indiana," there's likely more call for road and 'cross bikes in those parts. Indeed, it wasn't long before he set up a 'cross racing team - Shamrock Cycles Racing - and gradually this team became an institution in the Midwest cycling scene, attracting main sponsors in 2015 such as Triton Brewing, SILCA and NixFrixShun. Part of the team's success is because all the riders are Indianapolis locals and, in the Irish tradition, get together for a good pint as often as practical. Another part is they have some very strong riders, and it's possible that wearing kilts around the team tent (yes the Irish have kilts too) helped get them noticed.

The bike he brought to our photo studio at NAHBS was neither for cyclocross or road. It was a rare Shamrock Cycles track racing bicycle, and it's pretty much an out-and-out race bike. "First and foremost this was built for track racing," said O'Donnell. "The only concession made for non-race reasons was the provision for a front brake since the rider lives only a couple miles from the velodrome. He wanted to be able to ride to the track, race, and ride home." As the photo shows, he had not mounted the front brake at the time of the photo shoot.

O'Donnell fabricated the handlebar/stem combo in his workshop, incorporating a hidden stem pre-load bolt. "It keeps the top of the stem nice and clean and allowed us to add a small bit of paintwork," he said. While in our photo studio he remarked that the frame's paint color didn't exactly match the purple painted disc rear wheel, as he'd been expecting. Looking at the result though, like it (as many did) or hate it (as some might), one thing is certain: the bike will turn heads at the local track.

O'Donnell confesses he loves open-torch welding and delights in the whole process of building a great bicycle from scratch. "I don't build many track bikes, but I have to say I really enjoy it when I do," he says. Given the infectious enthusiam with which O'Donnell approaches his work, who knows? maybe the future will bring Irish kilts to the infield area at Major Taylor Velodrome. 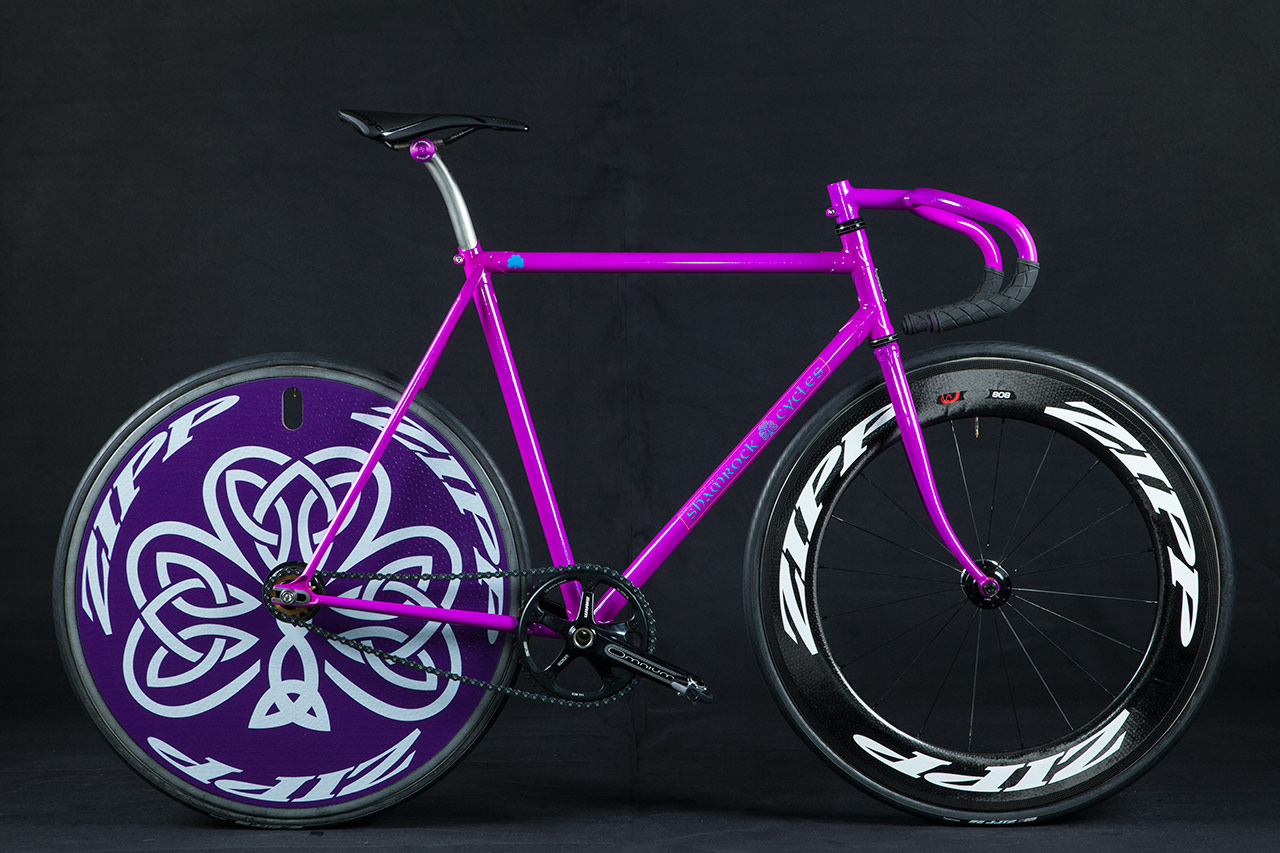