You could say that Le Petit Graveleur, a purpose-built all-road bicycle for the continent of Africa, is the two-wheeled, human-powered version of the Land Rover. Strong and built to take abuse, it's also a very precise machine.

You could say that Le Petit Graveleur, a purpose-built all-road bicycle for the continent of Africa, is the two-wheeled, human-powered version of the Land Rover. Strong and built to take abuse, it's also a very precise machine - each feature and component cherry-picked from the best possible pool of contenders. When the nearest hardware store or machine shop – not to mention bicycle shop – is hundreds of kilometers away, the durability and rugged design of Le Petit Graveleur can literally be life-savers. 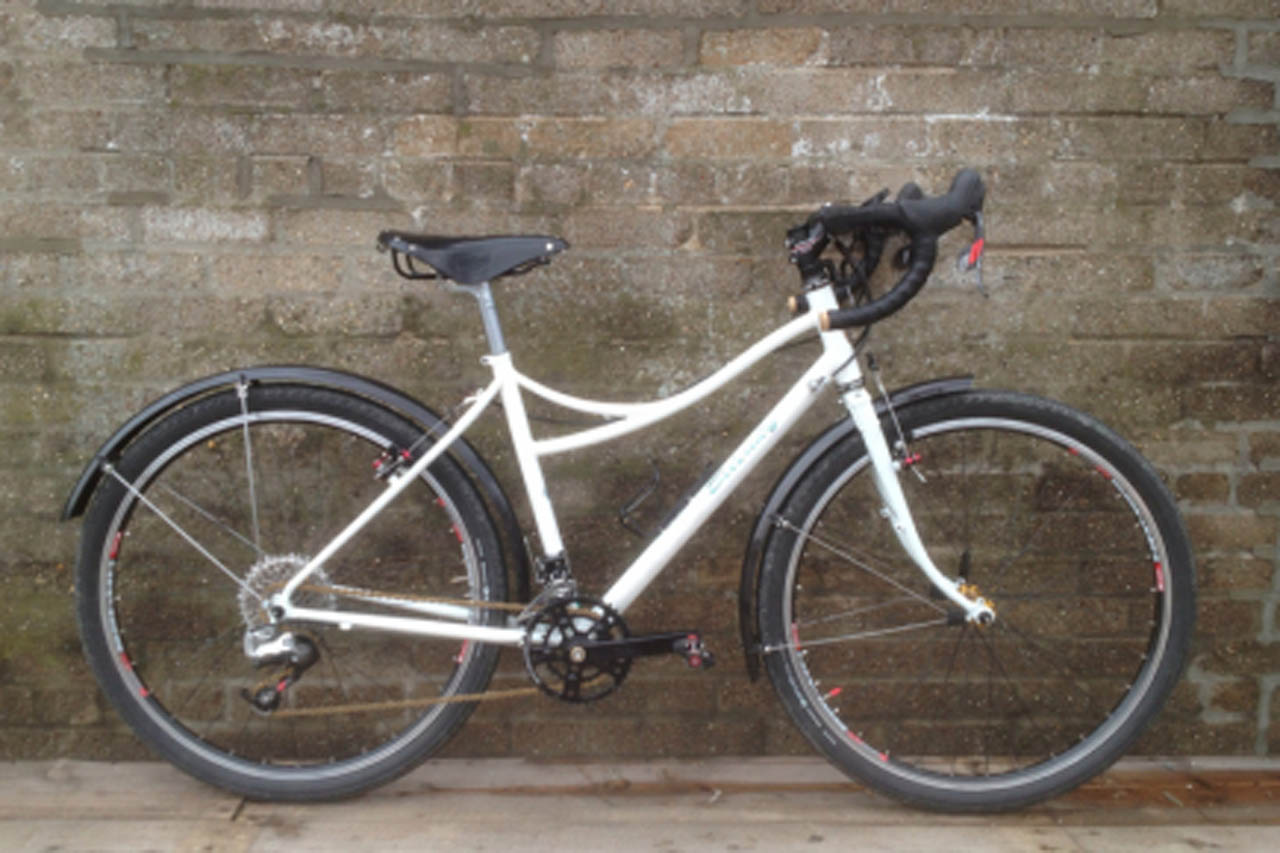 The Graveleur is the brainchild of Bina Bilenky, Director of the Philadelphia Bike Expo, and the daughter of Philly's own master frame builder Stephen Bilenky of Bilenky Cycle Works. In 2014, Bina was part of the support crew for the Tour D'Afrique, a 12,000 kilometer length-wise bicycle journey of the continent from Khartoum in Sudan to Cape Town in South Africa. Bina got to ride for much of this odyssey on the prototype Graveleur. It was during this crucible that the bike earned its stripes.

But what started out as a special one-off design soon attracted a cadre of admirers who wanted their own version, as Bina explains. “Basically we built this bike for me to ride across Africa in 2014 and since then we have had several requests for duplicates of this design. We decided to debut it as a Bilenky Cycle Works model with design by Bina B.”

Some of the unique features of Le Petit Graveleur include a True Temper heat-treated downtube with an ovalized profile. This is stronger and lighter, and with a small-radius curve behind the headtube, more resistant to buckle-failure. Stephen Bilenky says, “An offroad bike without a suspension fork takes a lot of front impact, so rather than a heavy tube we used a different shape to get the required strength.”

Another design feature is the thin-wall top tube. Measuring 7/8 inch in diameter, it is smaller than top tubes found on any production bikes. This increases the lightness and comfort of the bike to match the weight of the rider. “Not every mountain bike has to have oversized tubing. We build bikes that match the uniqueness of every rider. That means we choose tubing that matches the rider and where and how they're going to ride,” says Stephen Bilenky.

Function meets style when it comes to the frame's sweeping curves. The top tube is kept low to allow an easy standover clearance, and wide, cuved stays allow for up to 2-inch wide tires – a necessary prospect in a place like Africa, where the definition of a road is very broad. All of the frame geometry is designed to offer the rider as much comfort as possible.

The finishing touch on each bike is the artistic headbadge. Think of it as the cork in a fine vintage bottle of champagne. Bina Bilenky explains: “The head badge is African inspired with mixed metal leopard spots, an acacia tree and a North Ethiopian opal which I picked out myself in Ethiopia this past summer.”

With its purpose-built design ethic, careful component selection and Francophone name, Le Petit Graveleur hearkens back to the work of the French masters of the 1950s and 60s known as Les Constructeurs. For Les Constructeurs, each detail on the bicycle had to serve its intended purpose, and the unique needs of its rider. So each bike was a holistic steed, and not a bric-a-brac of trends and readily available components.

Yes, Les Constructeurs would be admirers of Le Petit Graveleur. Except this French classic is built in Philadelphia U.S.A.. And it's much more at home plying the savannahs and jungles of Africa with equal finesse. Or leaning against the trunk of a baobab tree when at rest.