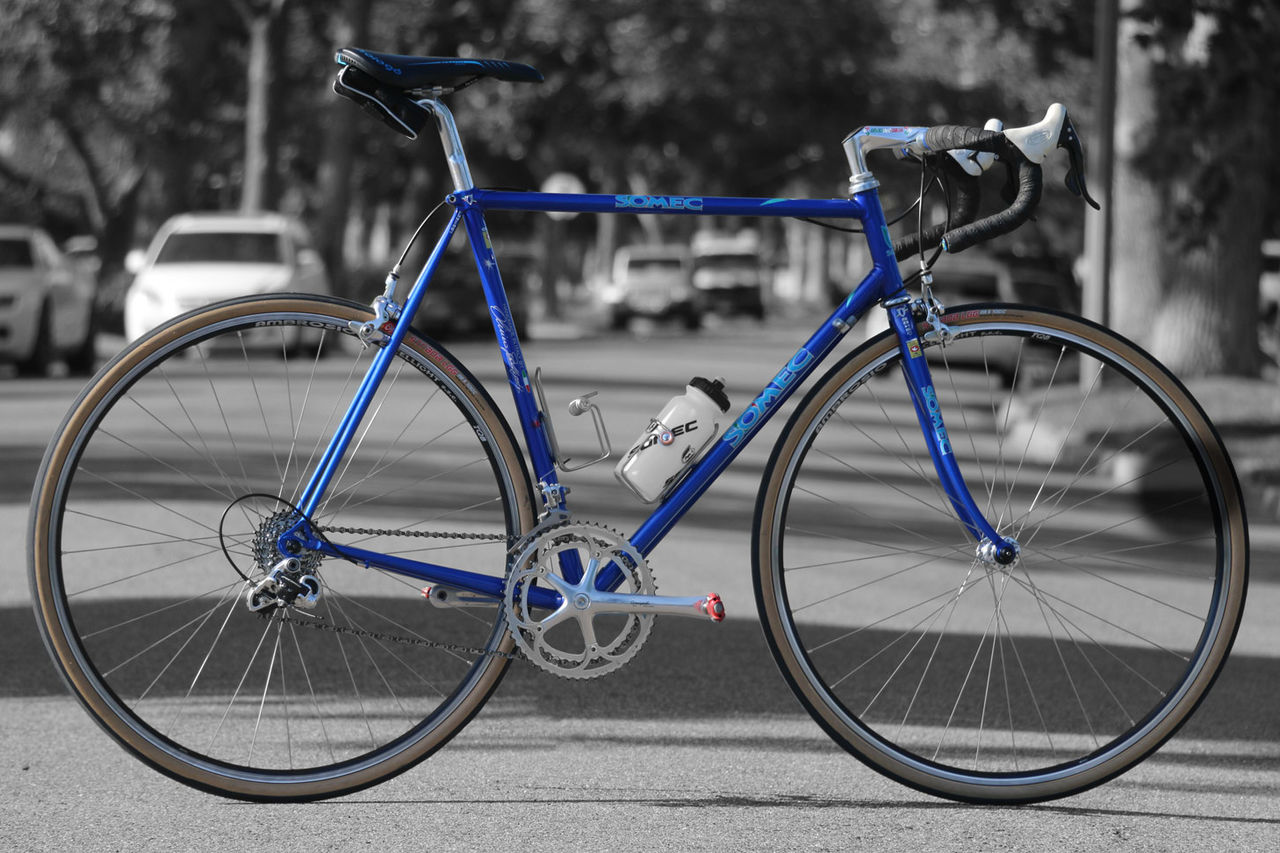 SOMEC is an Italian bicycle brand, still producing handmade bikes from a workshop in the Romagna region of Italy. The name comes from the Italian acronym, Societa Mecchanica, a society of professional mechanics from the Giro d'Italia that was formed to raise the standard of bicycle race mechanics, and which was founded by Oliviero Gallegati. In 1973 he started producing frames under the SOMEC moniker.

SOMEC has two emblems: the tulip, valued for its elegance, durability and variety of colors, and the prancing stallion (cavallino), which is famously shared with Italian sports car maker Ferrari. This is no coincidence: both Oliviero Gallegati of SOMEC and Enzo Ferrari borrowed the symbol from famed Italian aviator Francesco Baracca Lugo. Oliviero and Enzo, both being Romagni gentlemen, came up with an agreement that holds to this day: Ferrari's stallion would have his tail up, and SOMEC's has his tail down. 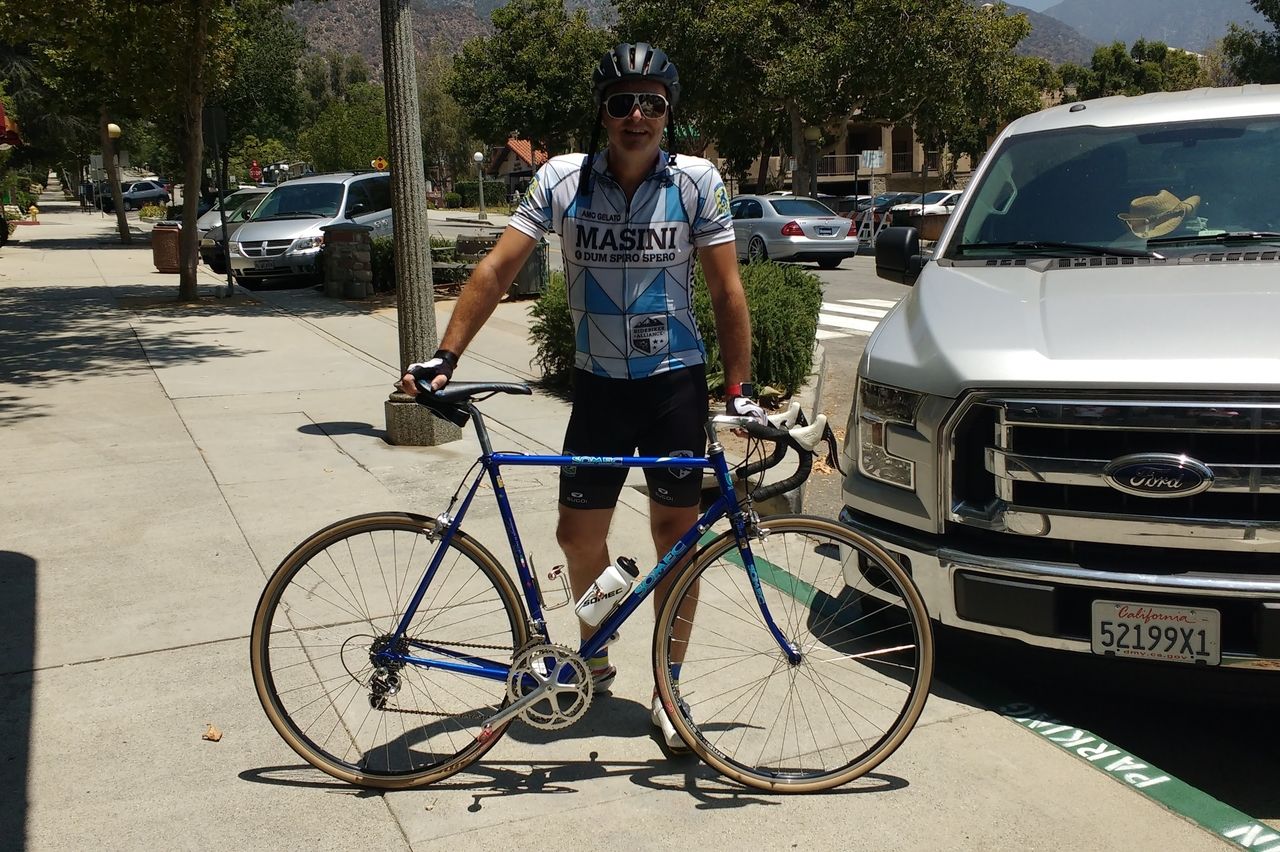 Bicycle Industry veteran Rory Mason brought his gorgeous 1990 SOMEC MS to the July 3rd edition of the Velo-Retro monthly Rose Bowl Ride. Utilizing Columbus MS (multi shape) tubing, the frame requires special lugs to match the variety of tubing shapes. Columbus started producing MS tubing in 1989, but it never gained widespread use amongst American builders and was favored by a small corps of Italian builders such as SOMEC and Tommasini. MS tubing used unique shapes and swages to increase strength, but its downside was the increased weight of the tubesets. Indeed, MS tubing was largely abandoned for its successor tubeset, MAX, which retained the strong shapes, but used a different steel that was both stronger and lighter that that used for MS tubing. 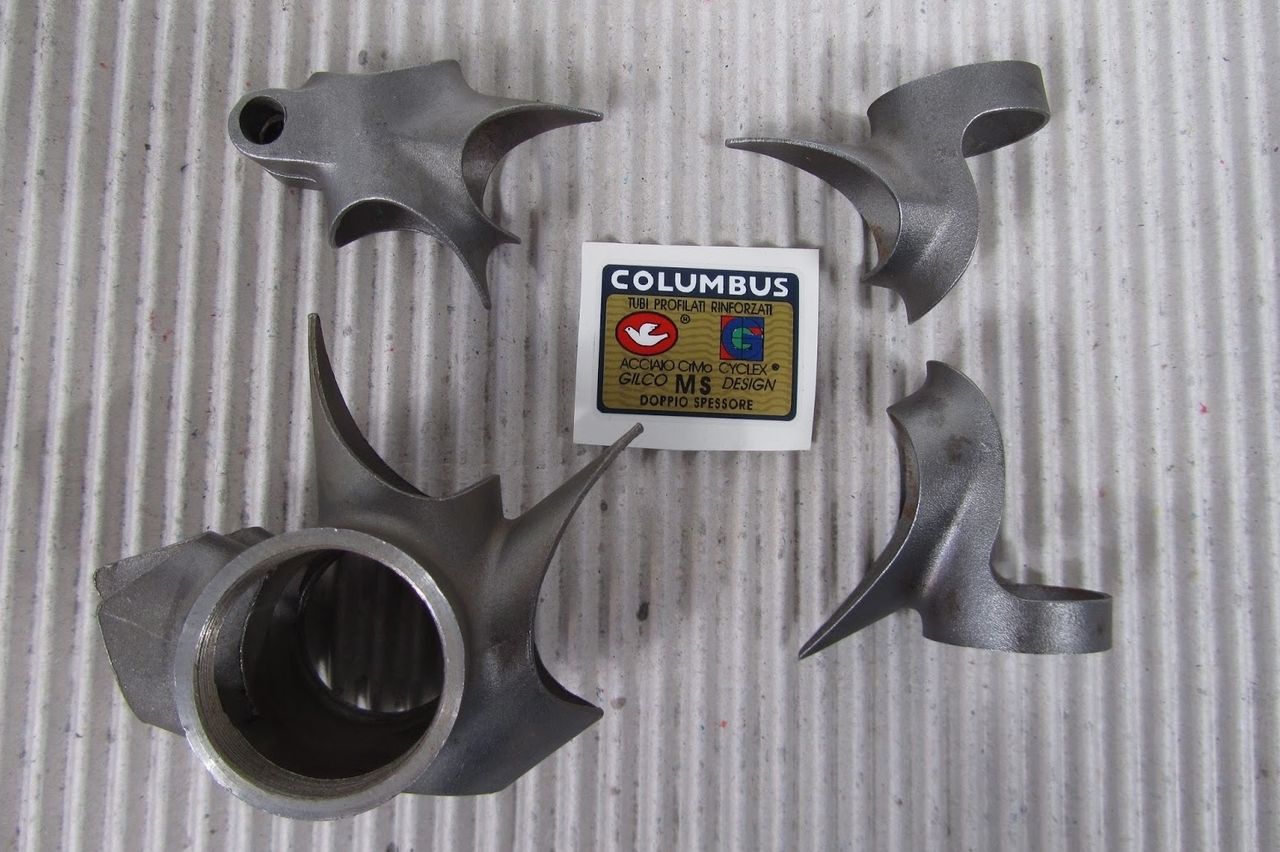 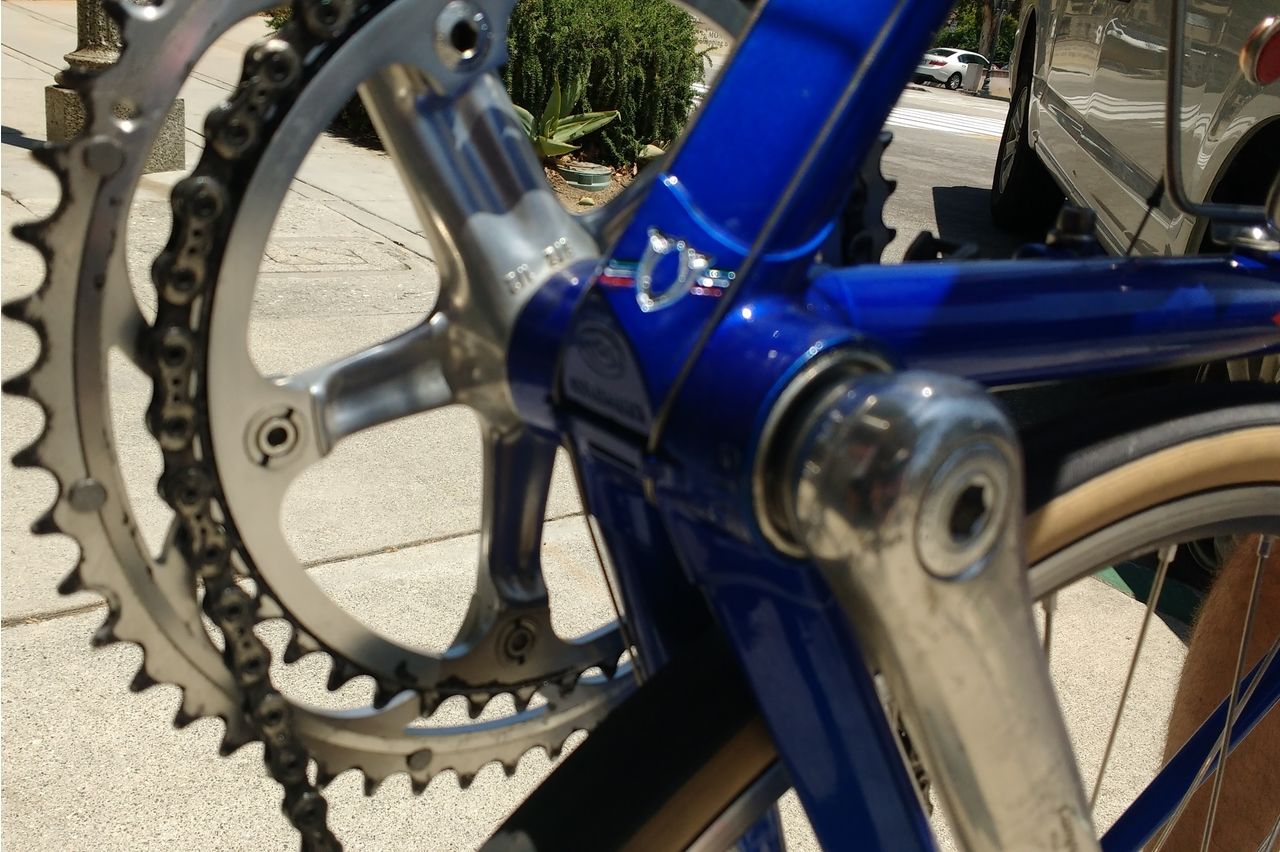 The bottom bracket shell on Mason's bike is particularly interesting, as the tube extends beyond the traditional junction of a round shell. Unusual for a steel tubed bike, this MS frame requires a narrow 25.0 mm seat post. 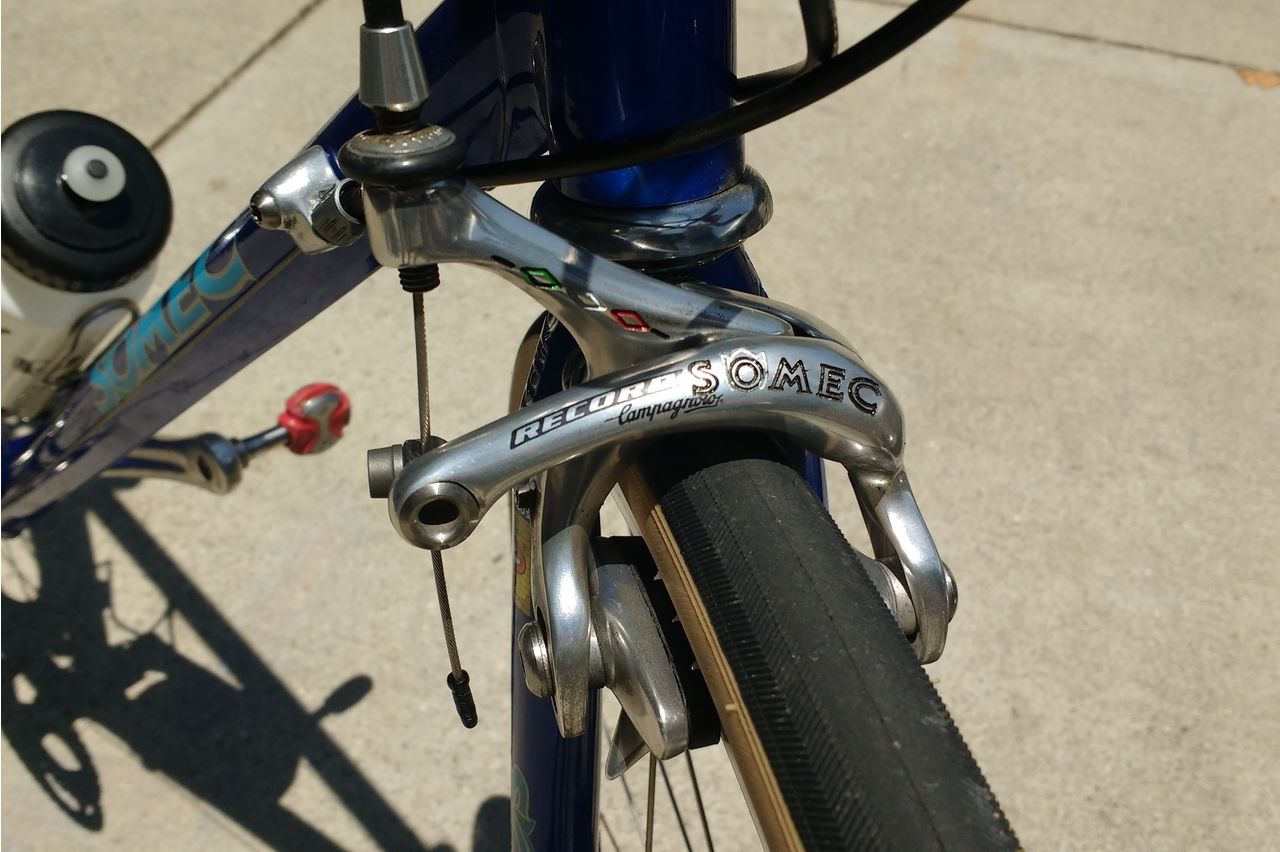 Also of note is that SOMEC still has their original pantographing machinery, and so are able to add customization to components, both old and new alike. Note the classic looking stem with a removable plate and elaborate pantographing. 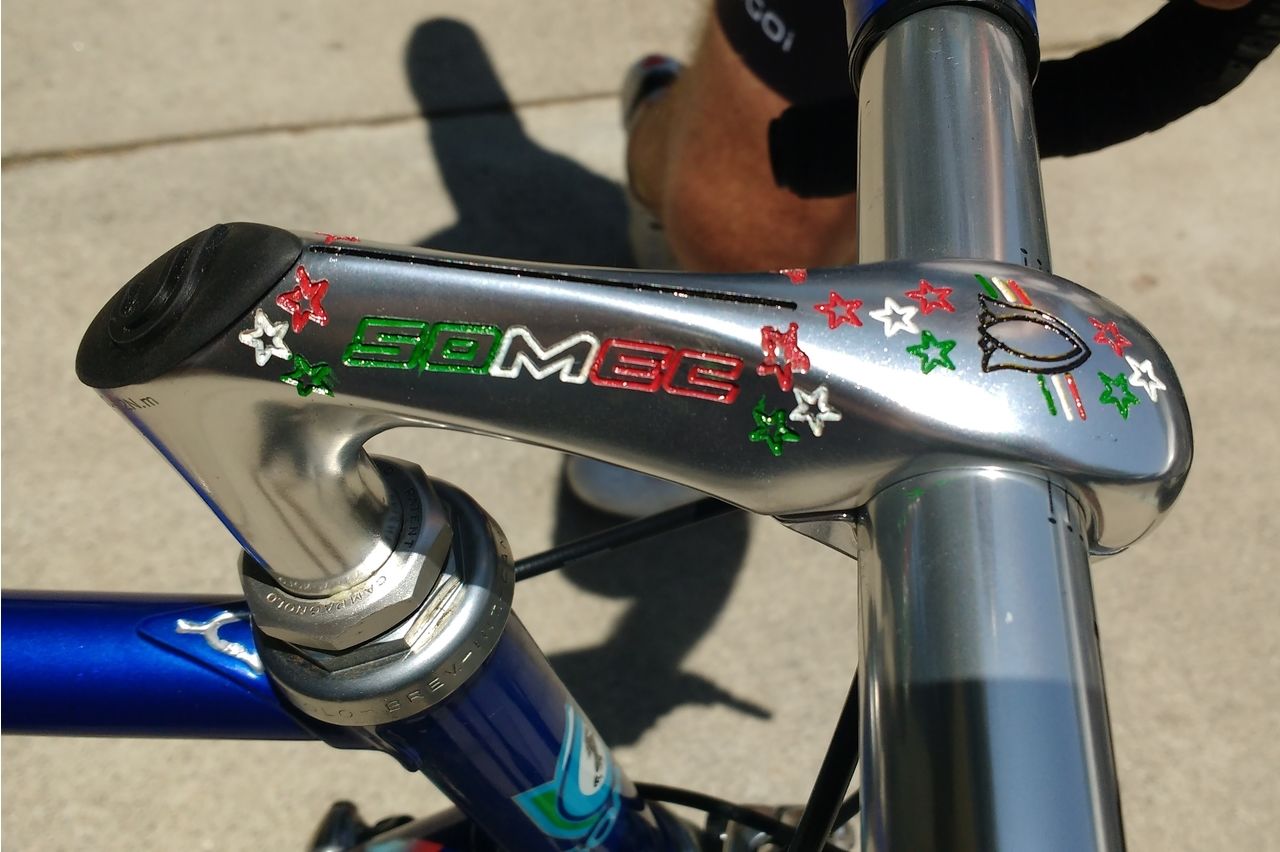