Only a dolphin, ma'am

John and Jennifer Slawta put a feather in the cap of the frame builder community on Friday, winning two silver medals at the USA Cycling Masters Nationals. 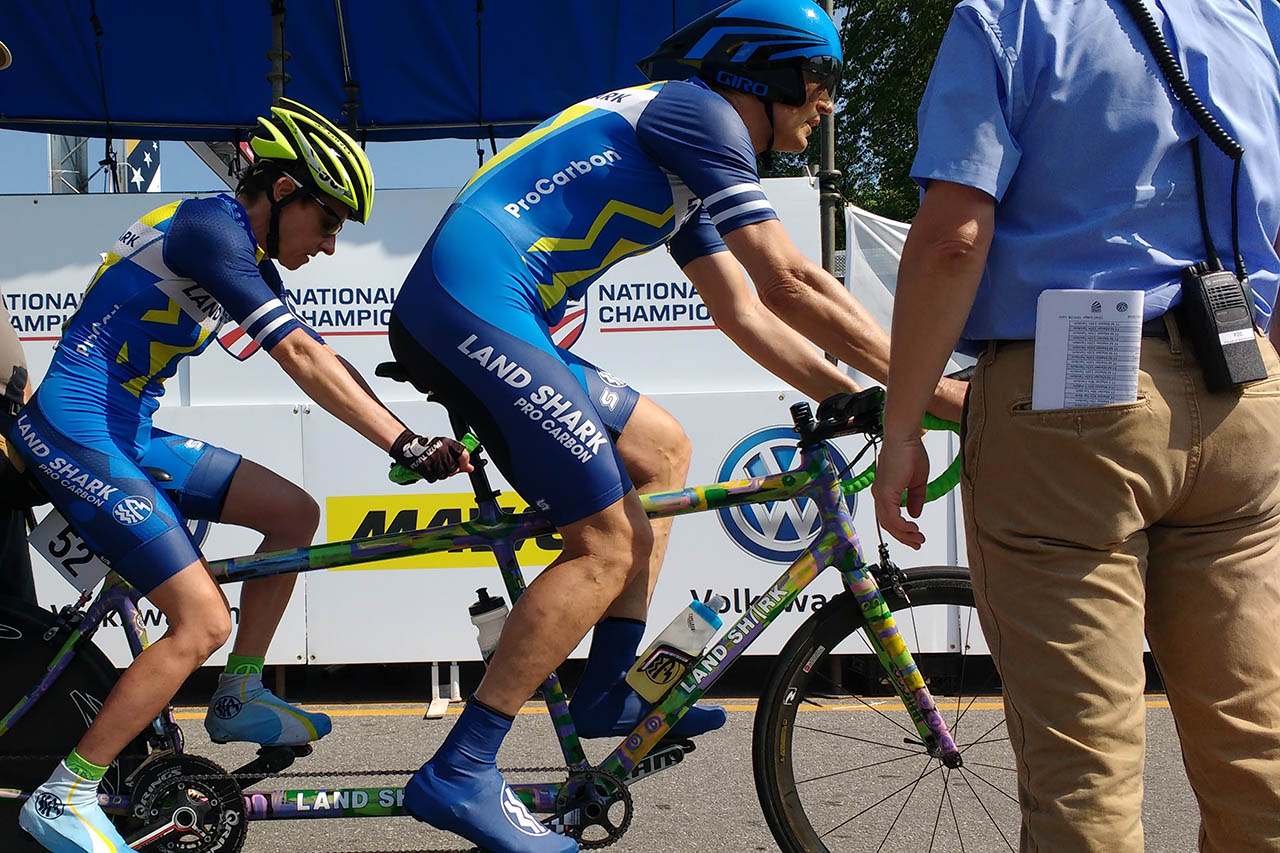 John Slawta is a cyclist through and through, and like many of his famous clients, he’s found the fountain of youth that cycling provides to its adherents. Slawta and his wife Jennifer recently competed at the U.S.A. Cycling Masters National Championships in Winston-Salem, North Carolina on a custom tandem adorned with a typically flashy Land Shark paint scheme. 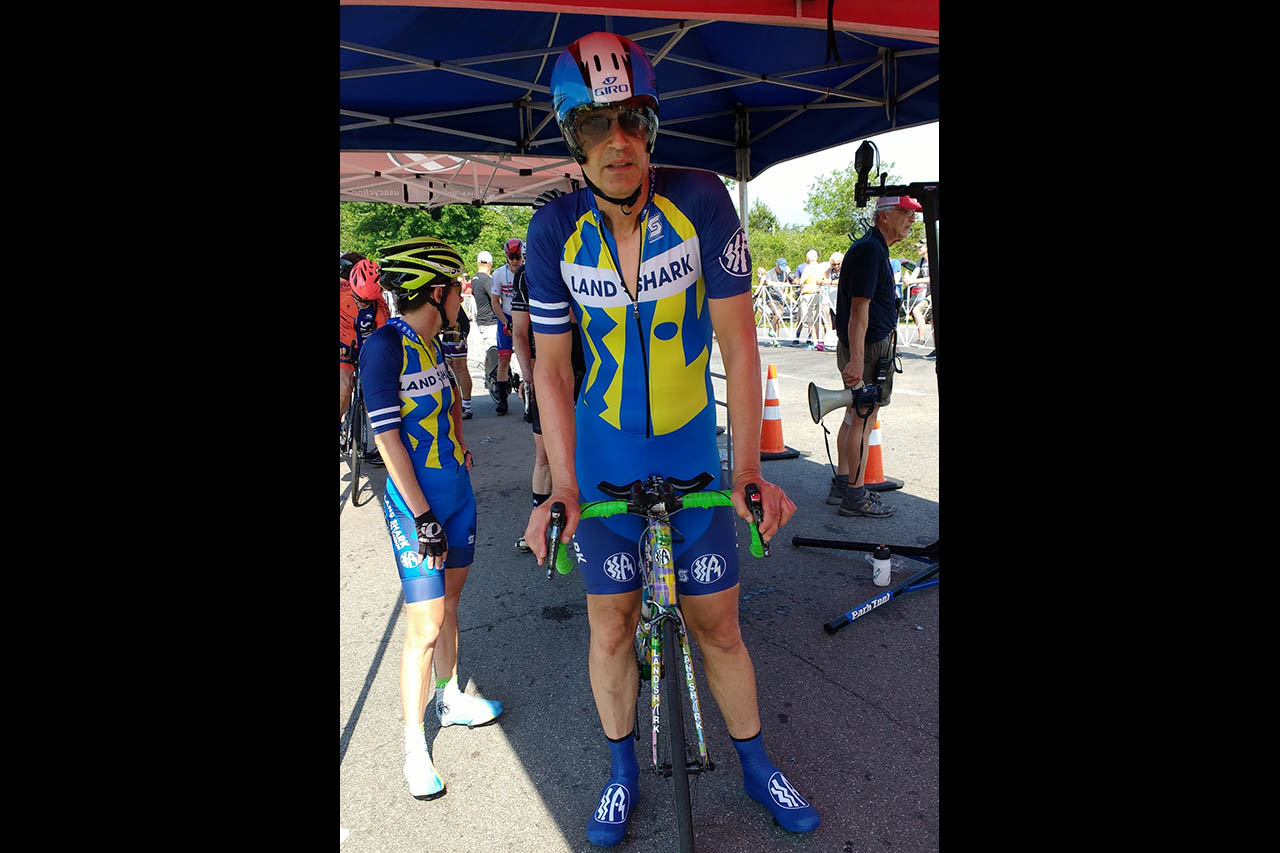 In this case, flash means fast, as the Slawtas piloted their bespoke tandem to a silver medals in the Masters 90+ (combined age) time trial and road race championships Friday morning, 27 May. 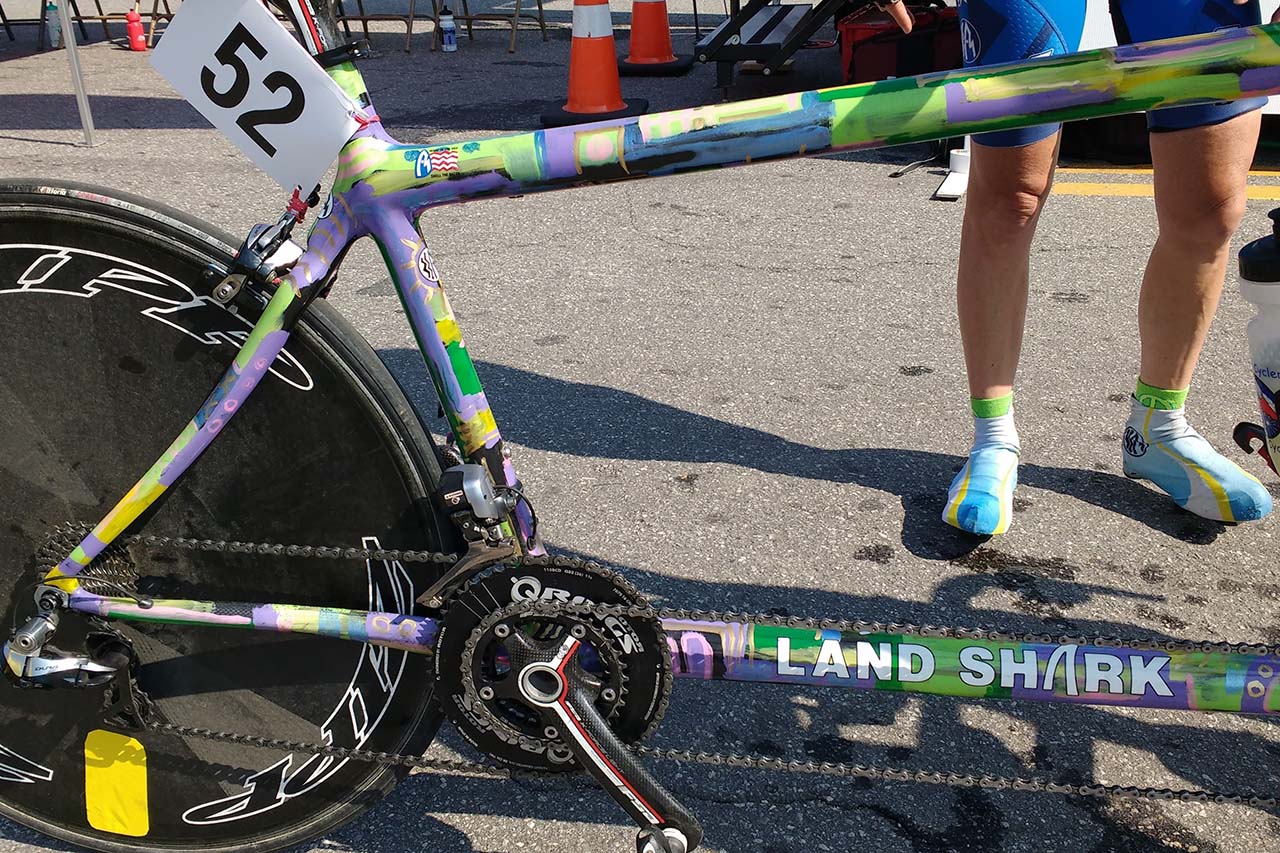 John Slawta of Land Shark Bicycles dates himself when it’s revealed that his bicycle brand derives its name from a post-Jaws, late 1970s skit from Saturday Night Live in which a land-bound shark poses as a messenger at the doors of unsuspecting female apartment dwellers before devouring them upon being let inside.

Over the years since his start in Los Angeles in the early 1980s, Slawta built bikes for cycling luminaries Roy Knickman, Steve Hegg, and famously Andy Hampsten, who rode a rebadged Landshark to victory in the 1988 Giro d’Italia. 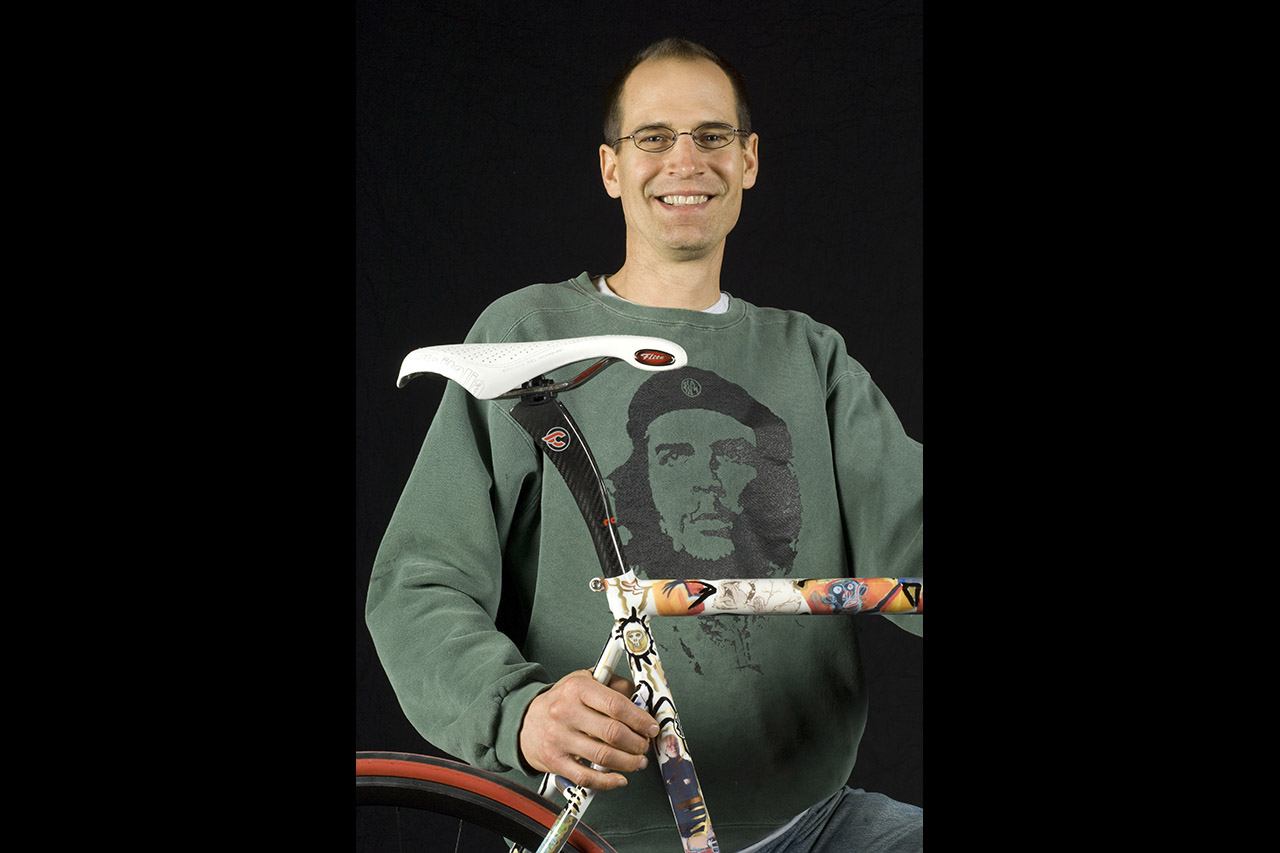 Slawta’s legend spread beyond the small world of cycling’s stars to the much larger and more visible showcase of Hollywood stardom: Harrison Ford and Woody Harrelson are among his most famous clients. Perhaps the glitterati are attracted to Slawta’s penchant for interesting and sometimes outlandish paint jobs; a nod to his early interest and education in art and design. 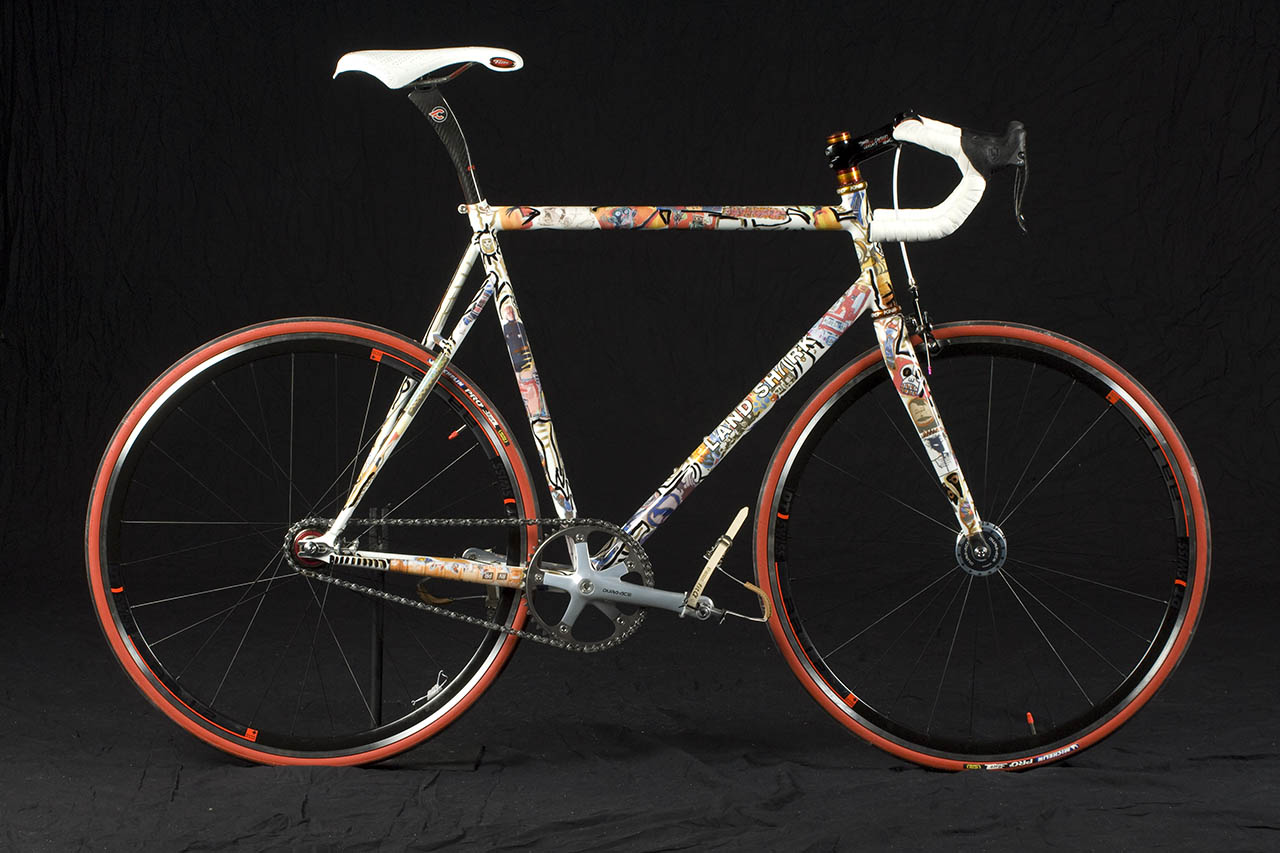