The NAHBS Awards are considered by many to have the most rigorous and methodical judging standards of any cycling event except possibly the Concours de Machines. This is a full presentation of the 2018 NAHBS Awards winners. 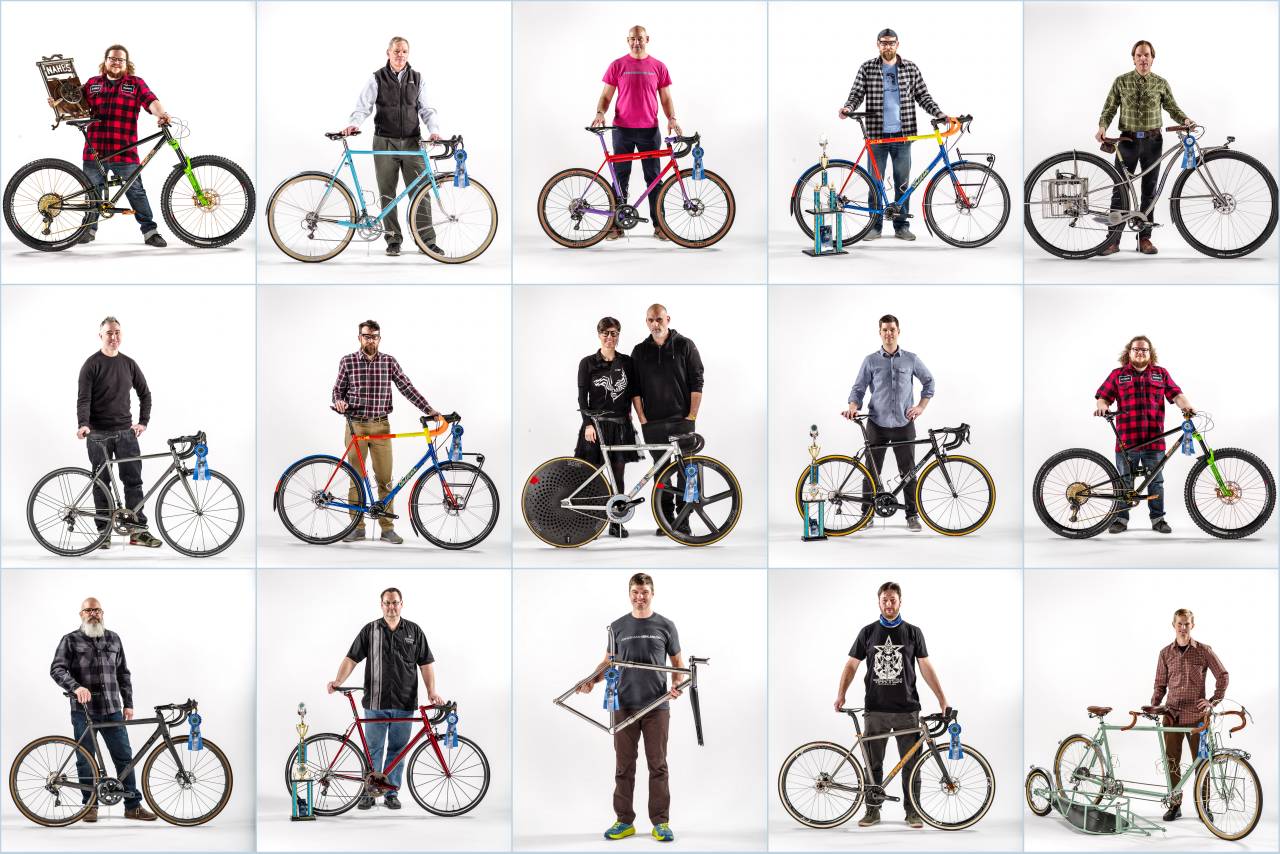 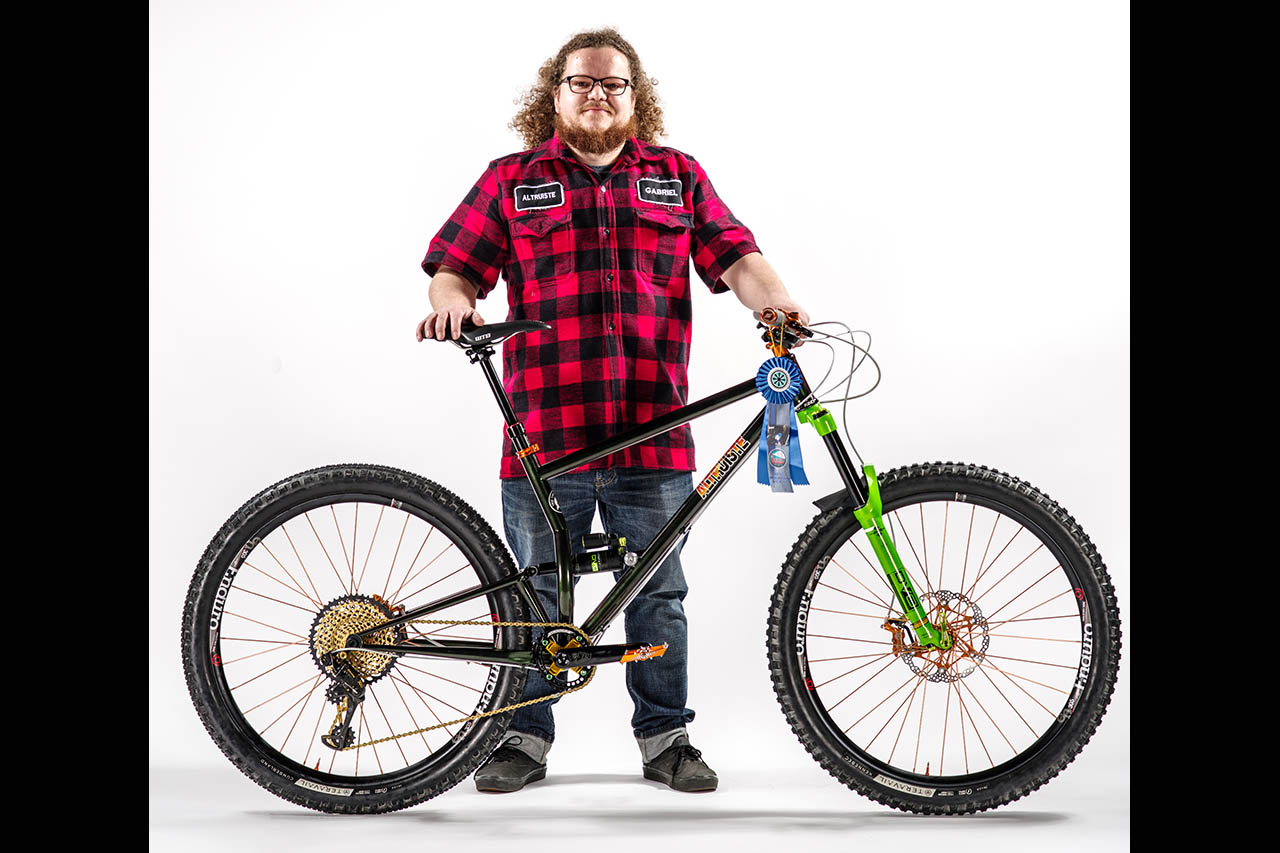 Gabriel Lang, building in New Brunswick at the eastern edge of Canada, gained plenty of experience Canadian framebuilders before setting up his own shope and coming to NAHBS, where he earned an award first time out with a plush riding full suspension bike loaded with clever design features 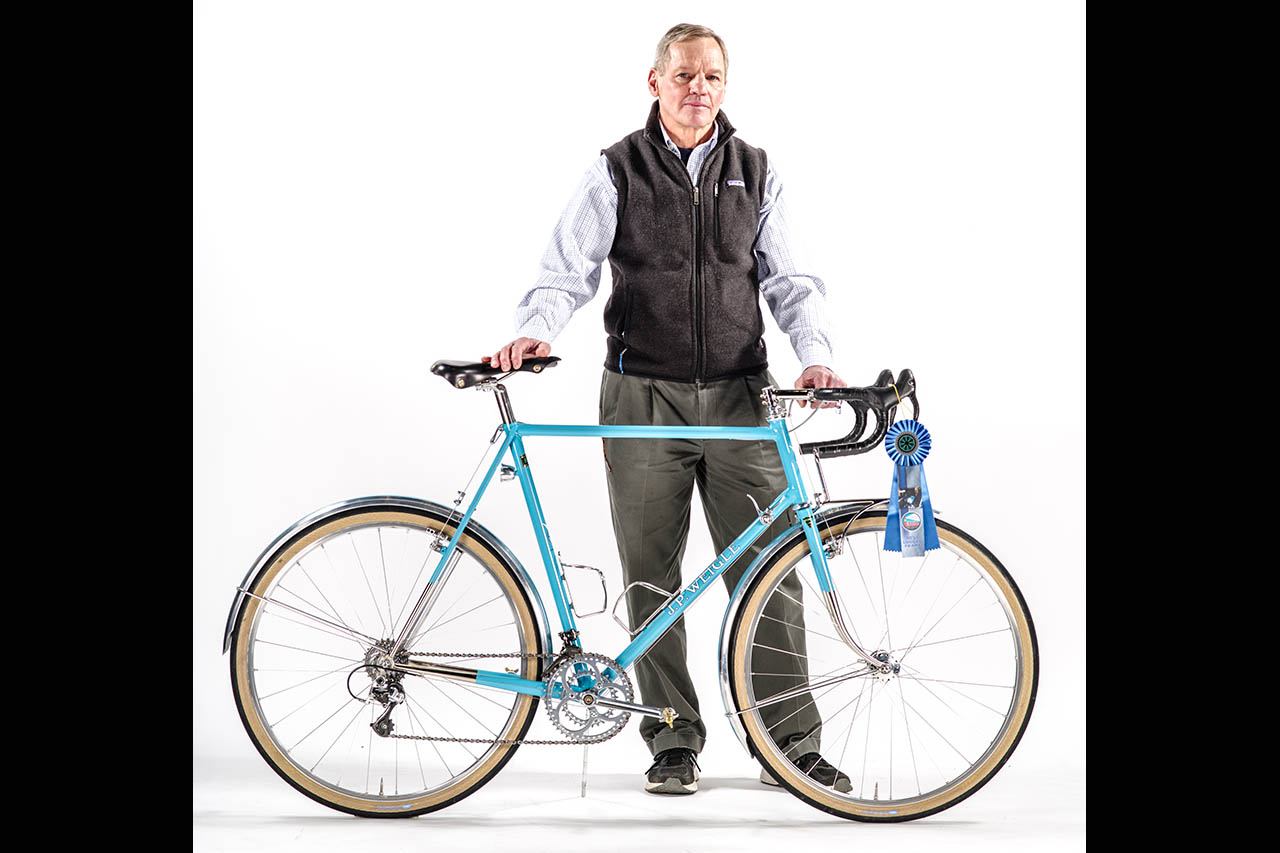 Peter Weigle won two awards with the bike he made for the Concours de Machines in 2017. Altogether, including big tires, fenders, dynamo and lights, pump and bottle cage, it weighs just 9.1kg. Last year this was the jury's no.1 choice at the Concours, and it swept most of the first place prizes except, oddly, first overall. Fast, balanced, robust, comfortable and elegant: simply put, this is a masterpiece of bicycle engineering in the French randonneur style. 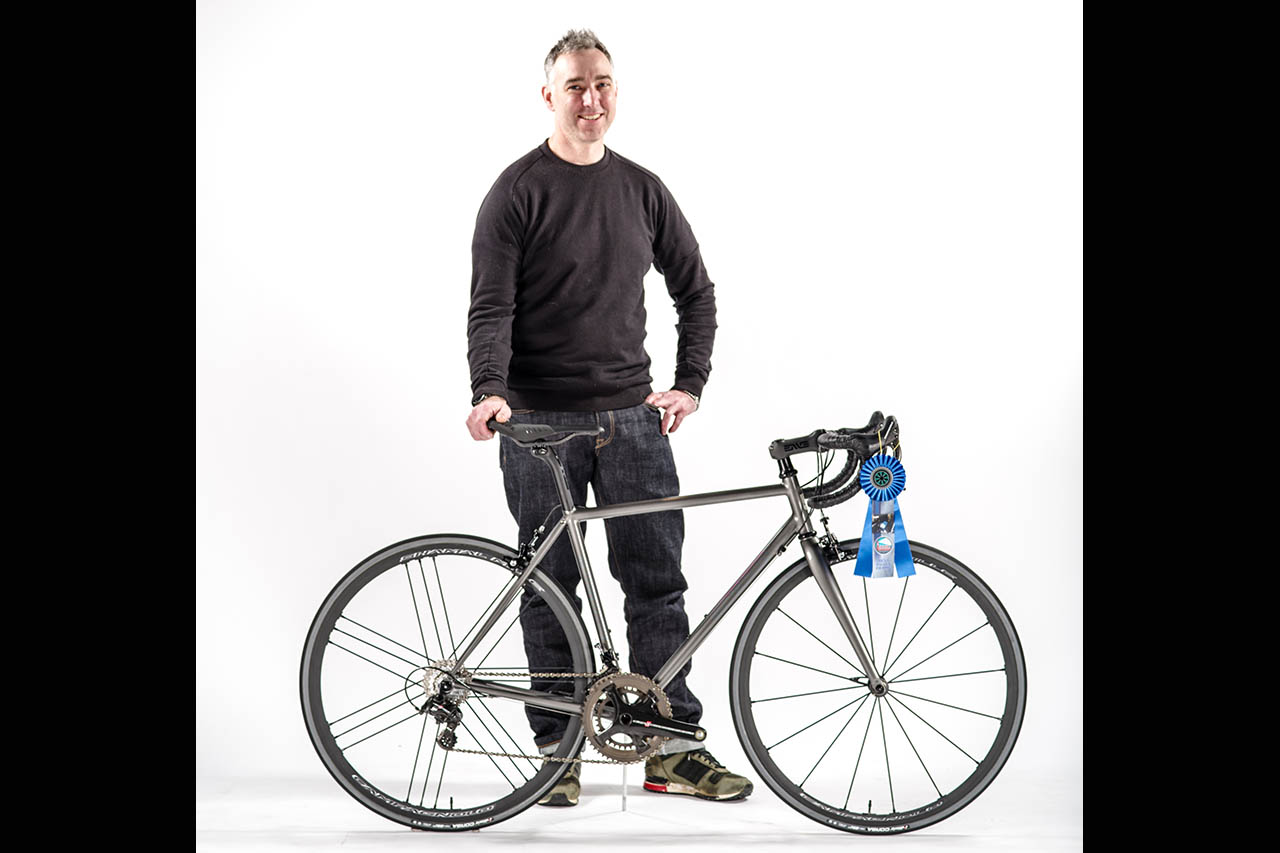 A very small group of framebuilders win an award most times they show at NAHBS. Chris Bishop is in this group and he's done it again. This time with outstanding fillet brazing. 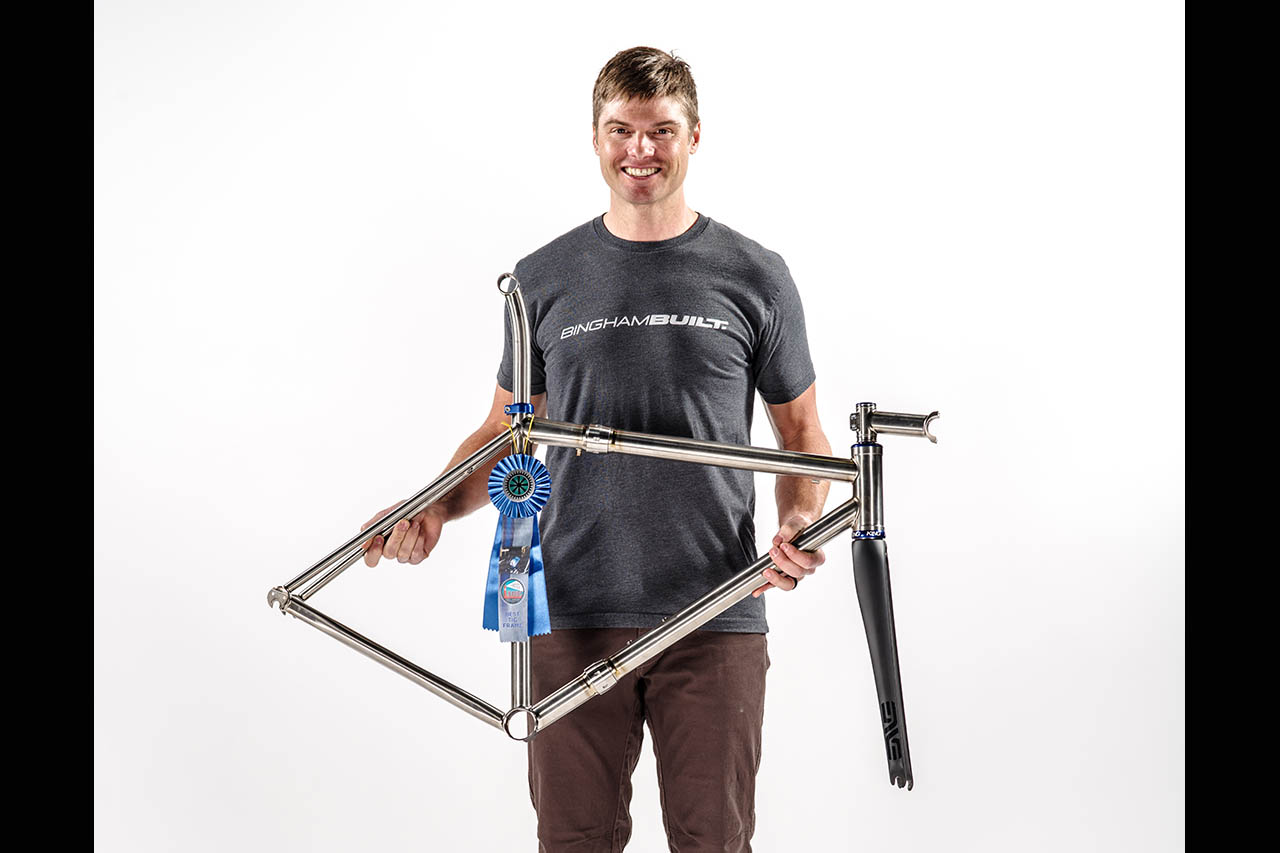 TIG welding master, Brad Bingham, building in Steamboat Springs, Colorado, graduated from the United Bicycle Institute and worked for Moots and Ericksen before recently launching his own brand. For a close-up view of his amazing TIG work, look at the header photo of the HBG Facebook page. 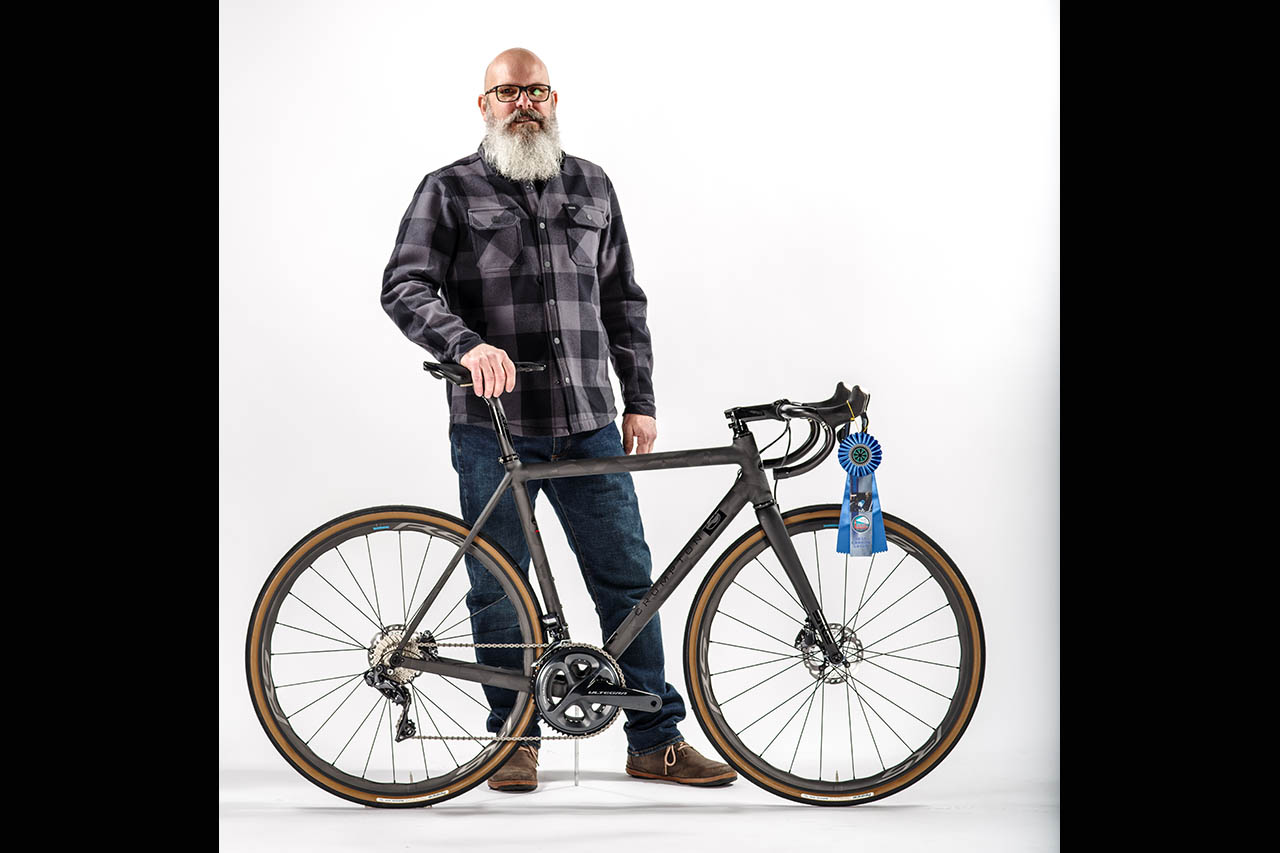 Having been making carbon fiber frames since 2004, Austin, Texas, based Nick Crumpton knows a thing or two about lay up. His frames have consistently been ranked among the best carbon rides around. 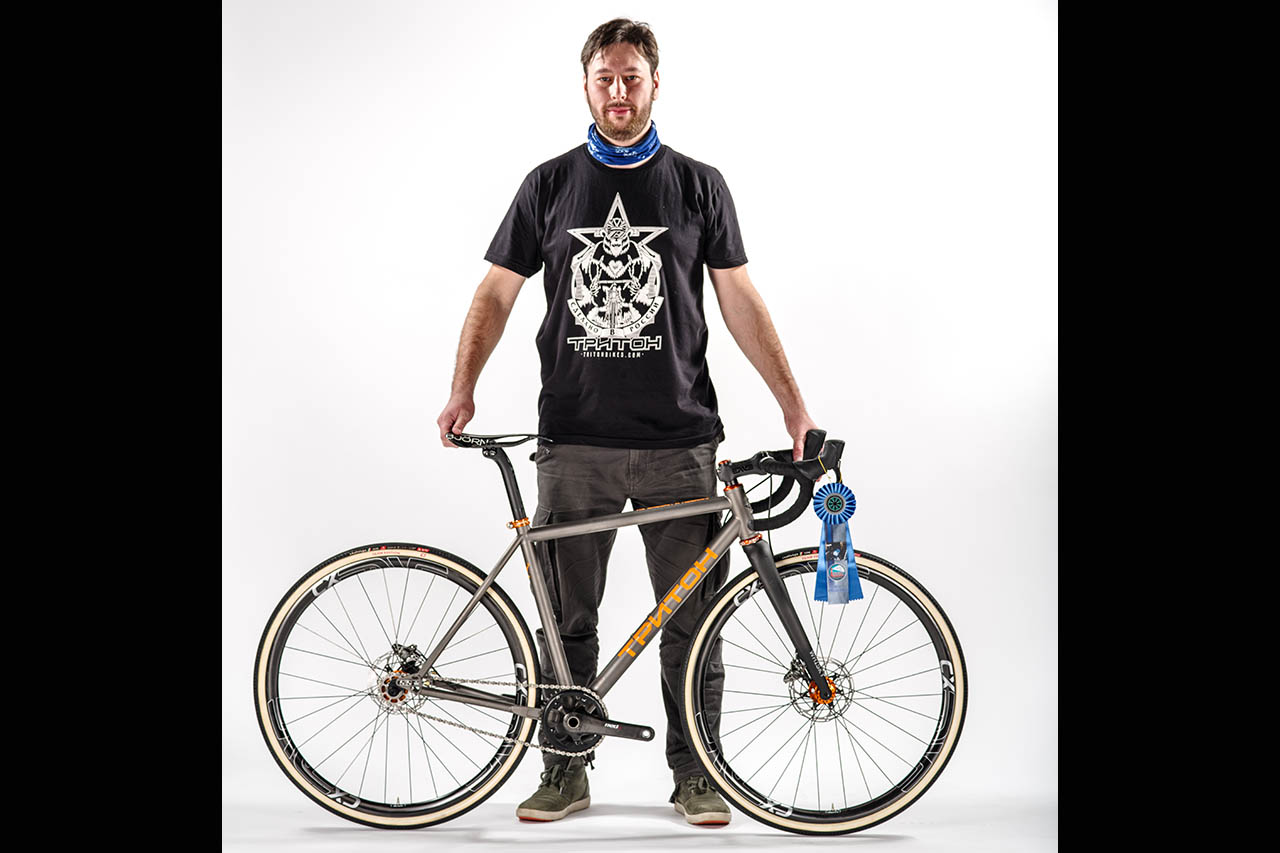 About five years ago Dmitri Nachaev's Triton company had the courage to make the first prototype DirtySixer frame (a successful 36" wheel design now popular among pro basketball players). Yet the first award Nachaev received at NAHBS was a golden toilet seat in 2016, a worthy accolade in itself for those in the know. This time he gets a blue riband for this titanium Triton cyclocross bike. We shot a video of Dmitri and other Russian builders at the 2017 NAHBS, talking about their work and framebuilding in Russia. Link here. 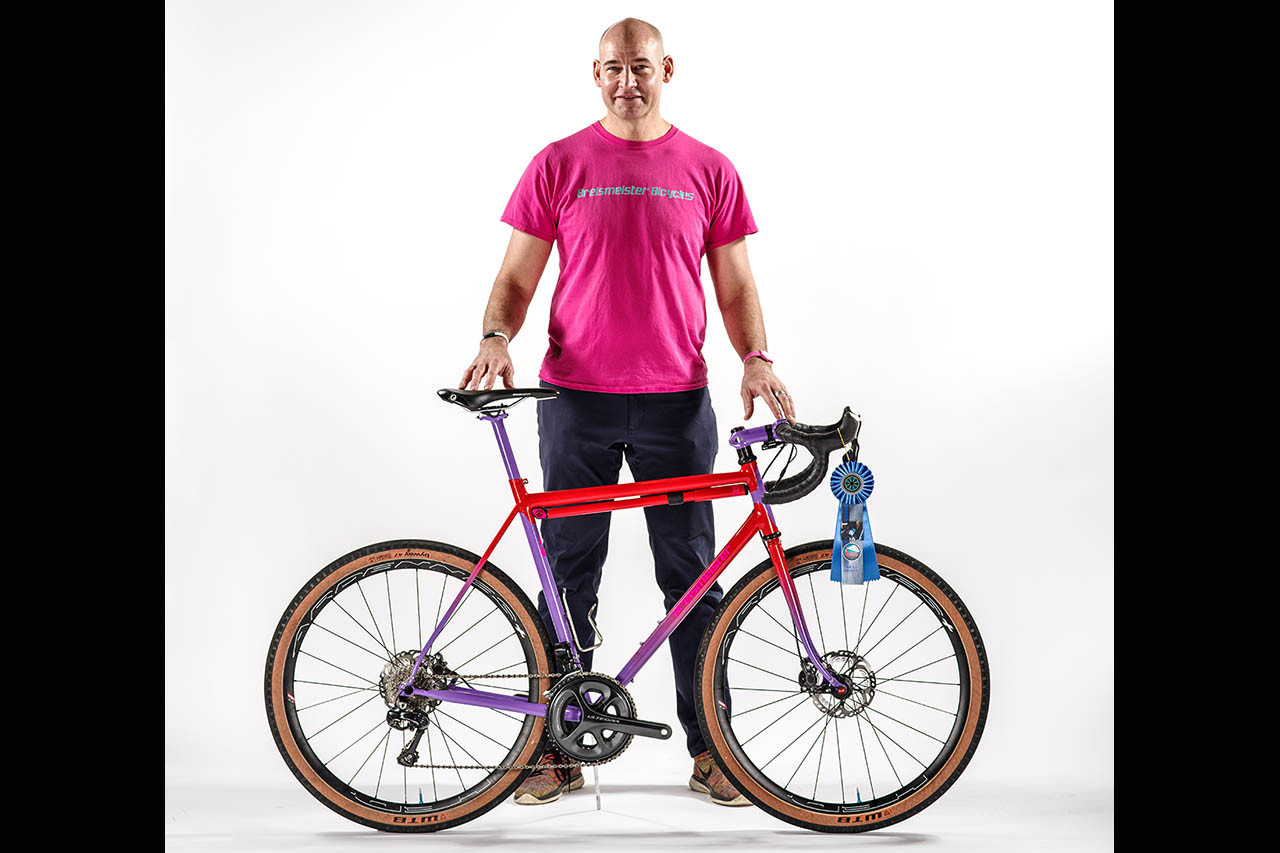 Based in Queens and a product of the close-knit New York frame builder community, Doug Breismeister knows a thing or two about riding on rough roads. Bilaminate lugs, gently curved seat stays, and a great fore-aft balance with a nice flexy-looking fork helped make this bike a winner. 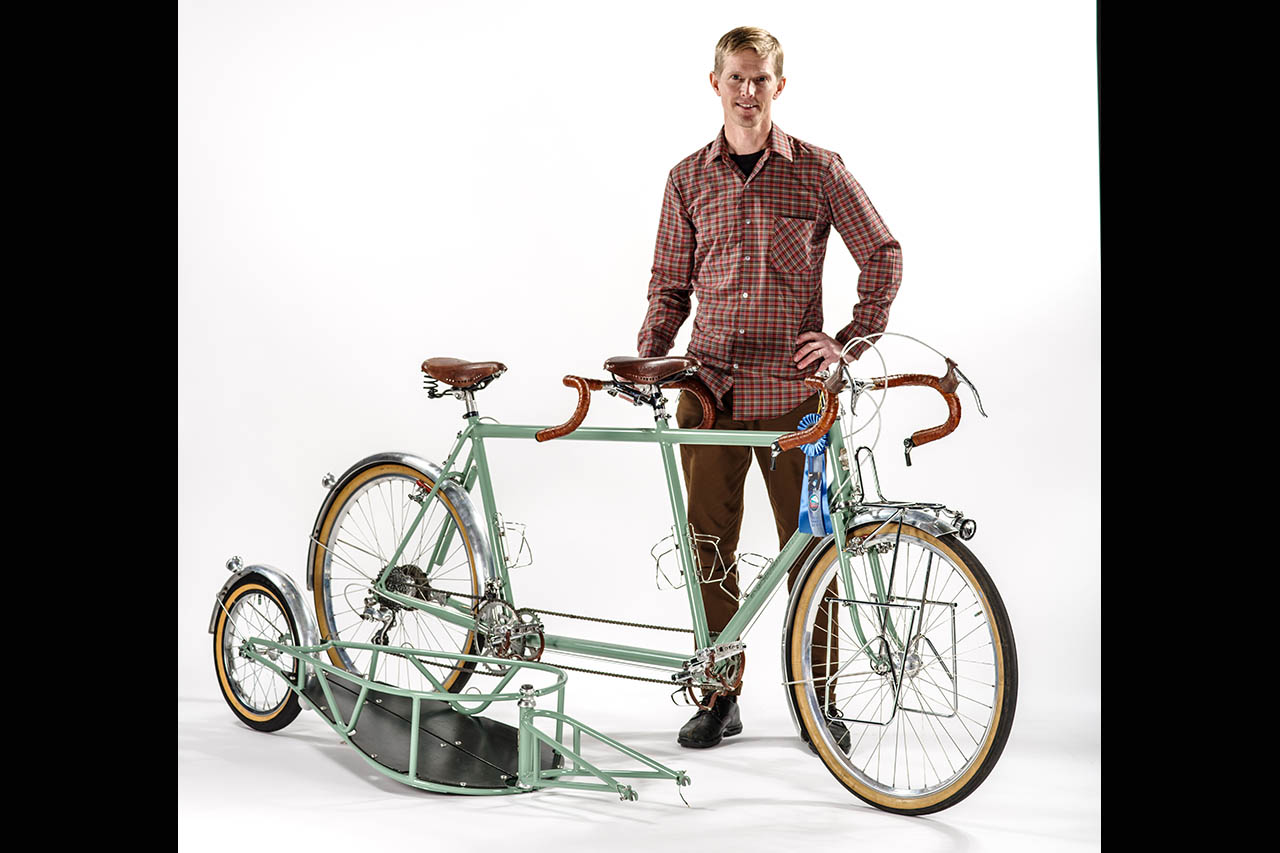 Rhode Island builder Brian Chapman worked at Circle A Cycles before setting out on his own. His bikes employ new technologies yet retain a classic aesthetic. Much of his current work is done in commuter and light touring bikes. 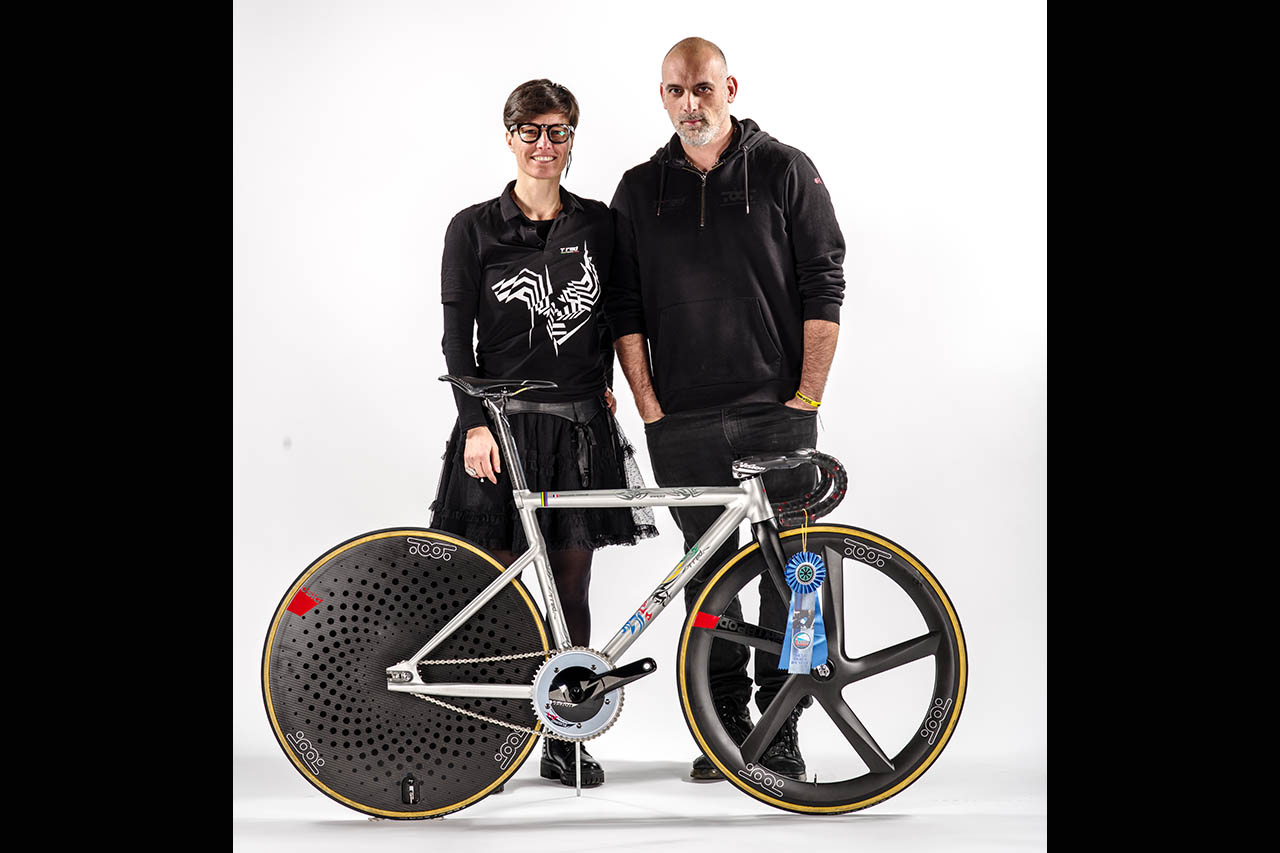 There is more to T°RED than meets the eye. This Italian company brings a rigorous scientific approach to frame building, from their material suppliers to their approach to ergonomics. With a race-proven pedigreee, they're one of the few frame builders with the rainbow stripes on their bike. Erica Marson (l) and Romolo Stanco of T°RED are pictured here with the bike ridden by multiple track world champion Benjamin Thomas, a professional on the FDJ team. 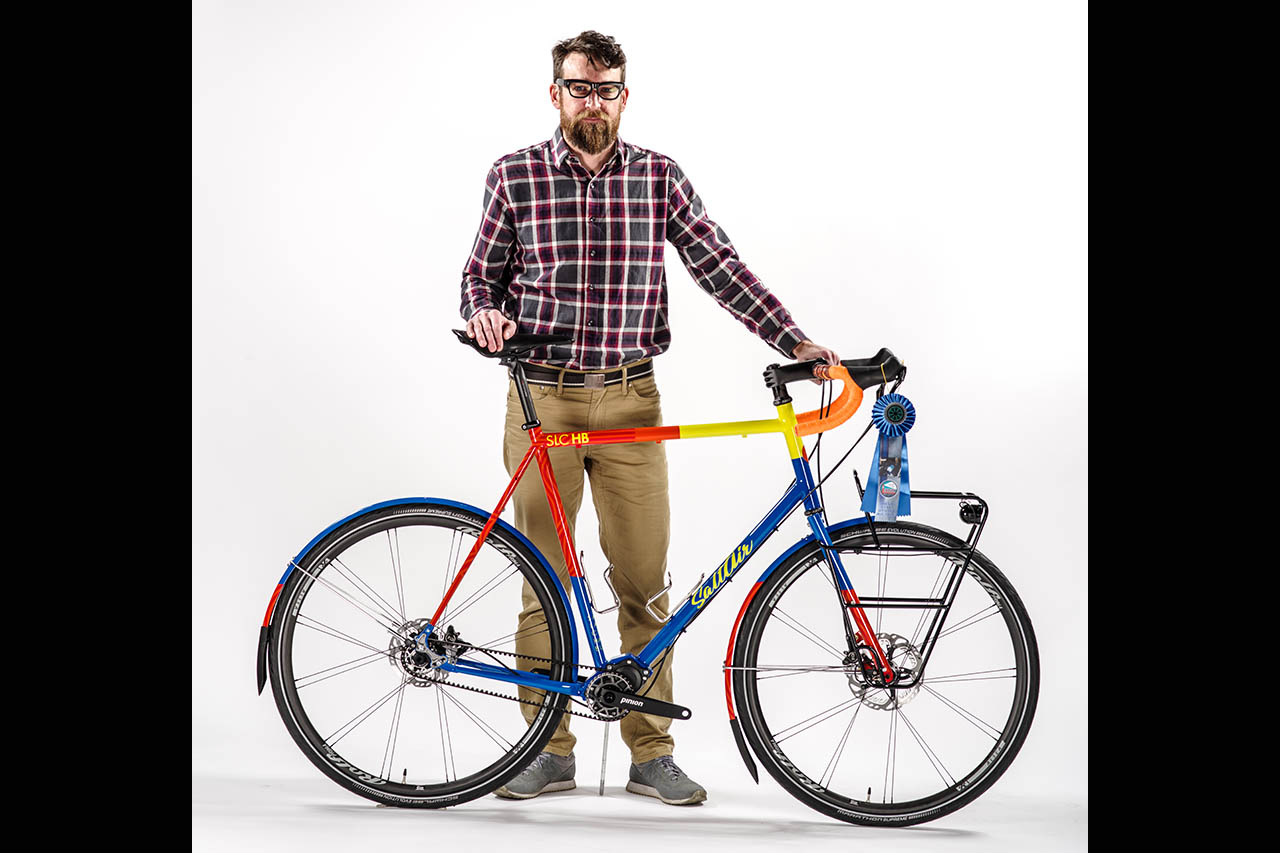 Salt Lake City frame builder Matt Nelson won the Best New Builder award at the 2017 NAHBS and now, just a year later, he takes the award for a city/utility bike. 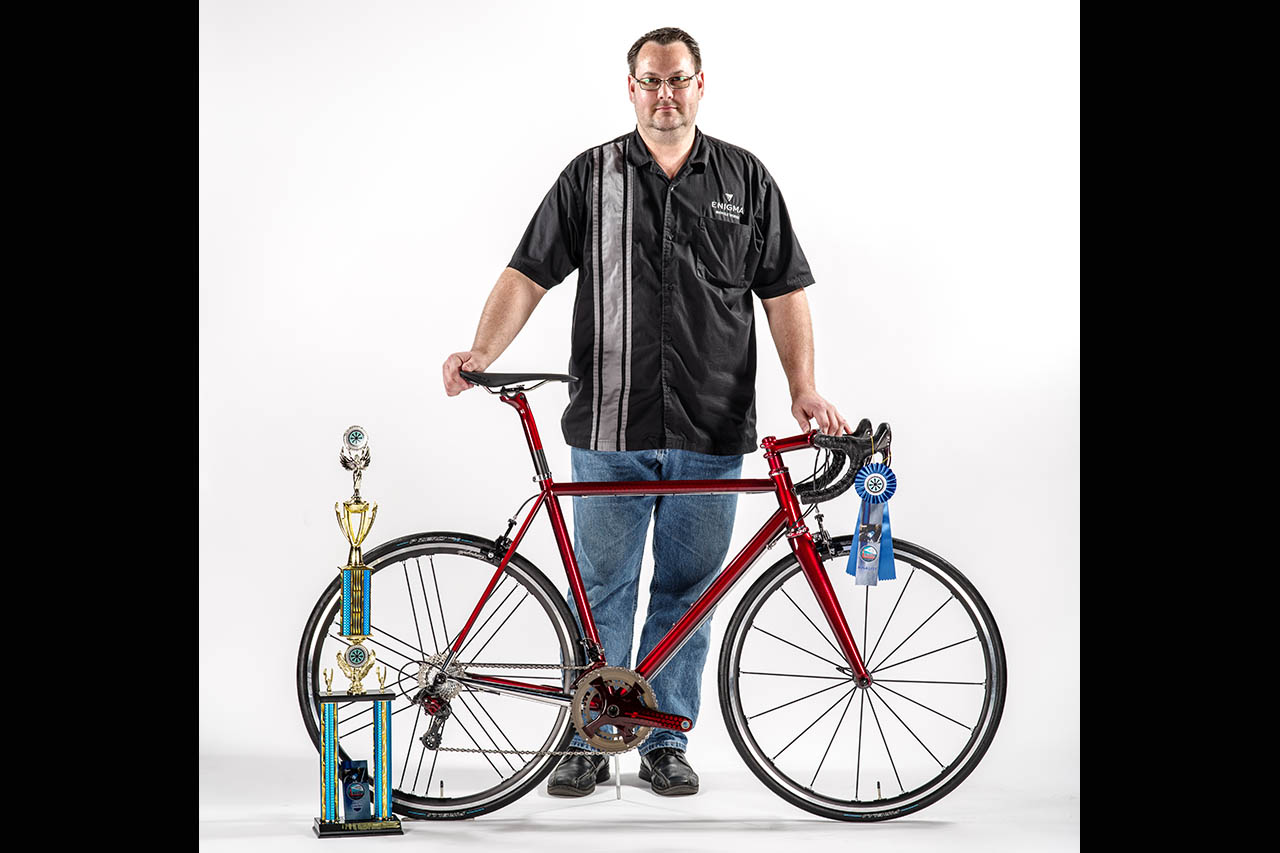 Last year at NAHBS, Enigma bicycles won the President's Choice, a discretionary award. This year a bike with a similar colour concept, but everything red this time around, took the Best Finish award. Pictured here with the US importer. 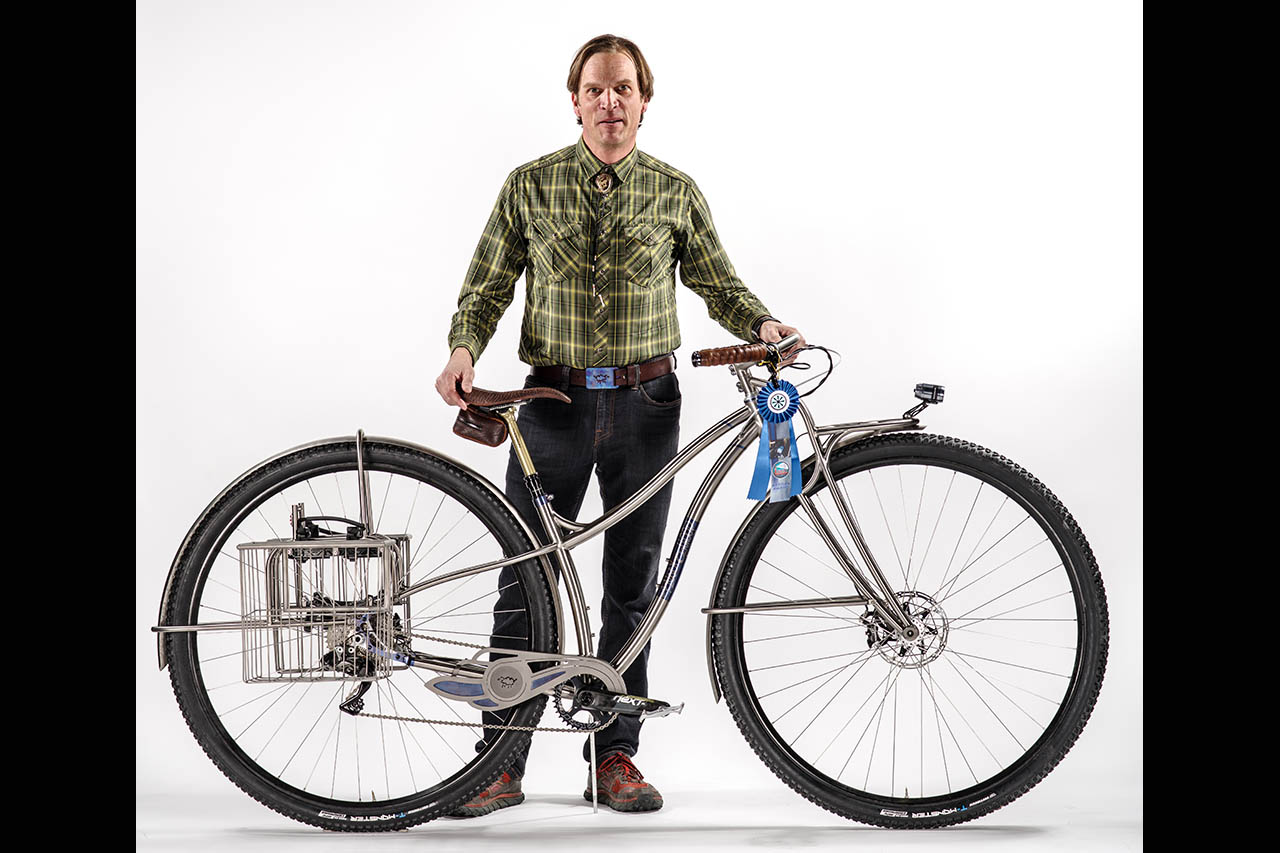 At HBG we have reason to believe big-wheeled bikes can ride well and be a smart choice - especially for big people. Black Sheep have been selling this concept for several years with a 32" wheeled bike. Then in 2012 French designer David Folch took a leap and proved the concept with his 36" wheel DirtySixer bike, built in titanium, with truss forks, so it is encouraging to see the 36" wheel concept reinforced by Black Sheep and endorsed by the NAHBS Awards jury. 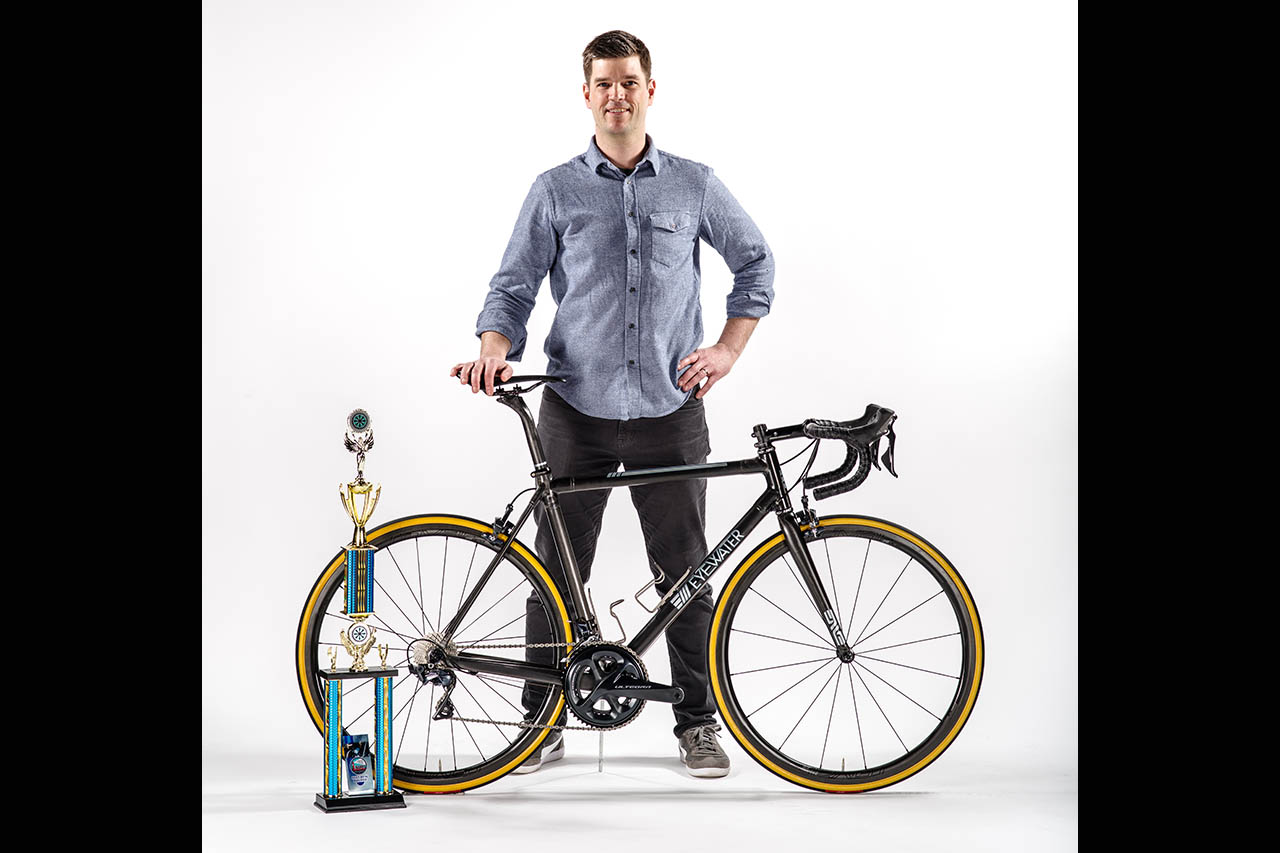 We already have an article about Cory Lowe of Seattle from the 2018 NAHBS. It looks like we're in agreement with the NAHBS Awards jury that this new builder has the talent as a bike maker to go far.