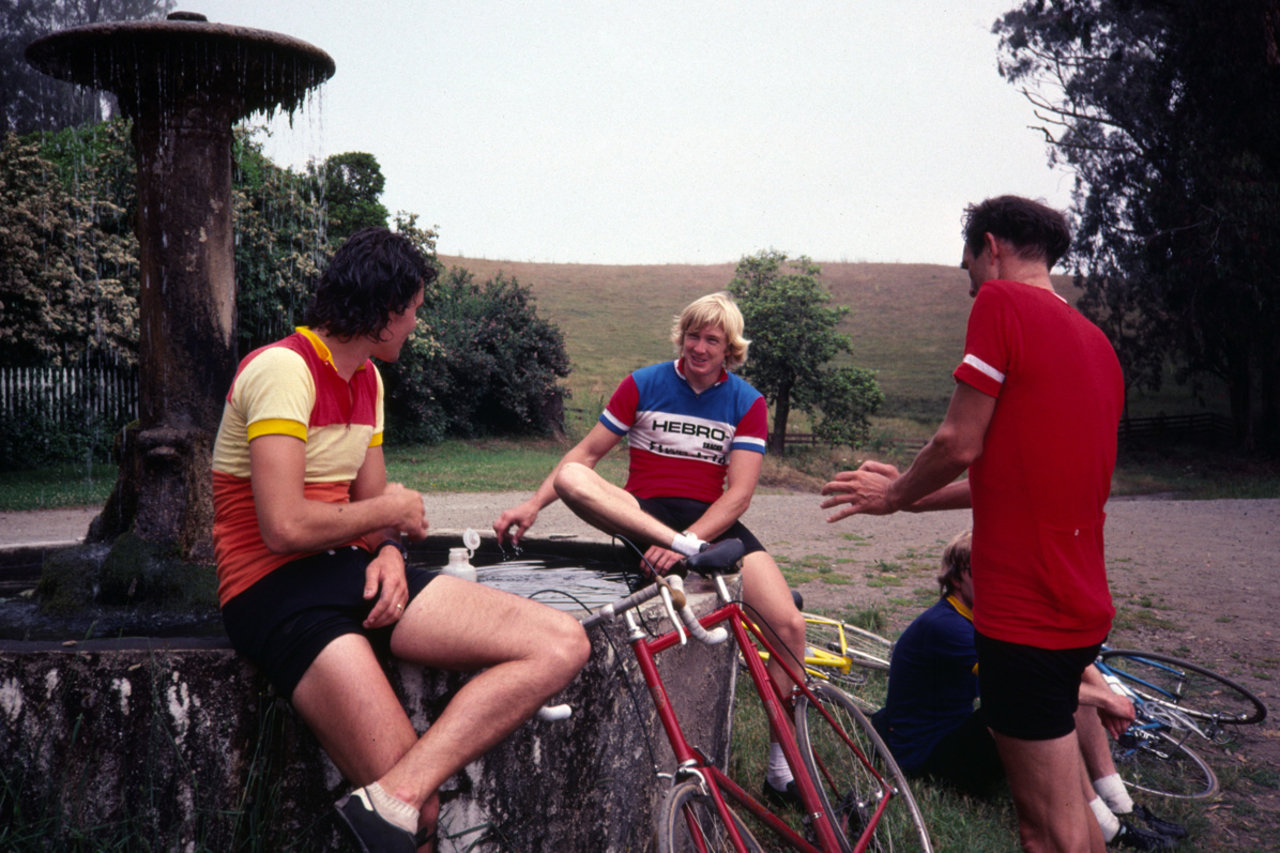 Three renowned figures in the bicycle collector/framebuilder world, Brian Chapman, Peter Johnson and Dave Moulton, each revealed the motivation that drove them to become frame builders was the need for a better bicycle to meet their racing aspirations.

The three spoke at seminars during the Classic Rendezvous Weekend, Saturday, June 11.

West coast builder, Peter Johnson entertained the crowd with stories from his past, growing up in the cycling hotbed of early 1970s Northern California. He described his frame building philosophy in a single, distinct statement. “Bikes and parts need to work, but the prettier they are, the better.”

Johnson is largely self-taught, but highly innovative in his approach to bicycles. This is reflected by his eventual career choice as a manufacturer of prototype parts for many clients in the high-tech industries, including some components used in NASA’s Space Shuttle program. Although never a full-time frame builder, he did hone his craft in the company of other NorCal builders, quite often developing innovations (Johnson claims to have first developed the threadless headset and recessed allen brake bolt) that others would appropriate for themselves. When Johnson did reach out as a young builder, many of his peers weren’t so encouraging, which reflects a different cultural climate than today. Johnson recalled a visit to Hugh Enoch of Jevelot Cycles, who he said told him to “shove off.”

What many did not know about the modest, self-deprecating Johnson was that he was a racer of the highest caliber in the deepest talent pool the country had at the time. He recalls training with neighbors on the Stanford University cycling team, who he said were fully immersed in the “excitement of cycling.”

“We rode our bikes long and hard every day because we wanted to. There was no chance of making a living as a cyclist in the U.S. in those days,” said Johnson.

Johnson’s build and speed made him a natural at criterium and track racing. He ended up setting the U.S. national record for 50 miles in a mass-start race by winning a criterium on a rolling and wind-swept NorCal course (previous records had been set on the pancake-flat course at Somerville, New Jersey). He ended up smashing the record by 2 minutes and 10 seconds.

Johnson also recalled epic training rides with Palo Alto’s own Jobst Brandt, an engineer for Hewlett-Packard in his day job, who was a fellow developer of cycling technology (both worked with Avocet to develop their electronic cyclometer). Brandt passed away in May 2015 at the age of 80.

At 6 feet 5 inches Brandt “wasn’t particularly fast, but he was a powerhouse who could ride all day, every day, through the mountains,” said Johnson. He recalled his many rides with Brandt, including month-long trips to the Alps where they would average 100 miles a day over some of Europe’s highest peaks.

Johnson choked back tears as he recalled one particularly memorable ride over Italy’s Stelvio Pass with Brandt, for whom he built many custom, large-size framesets.

“We were determined to summit the Stelvio, despite mid-summer temperatures that were hovering around freezing. Jobst would work so hard climbing in the cold temperatures that a foam would develop on his arms; a natural sort of insulation. We made the summit, snow surrounding us everywhere. There was a cafe just after the descent started, and we stopped for a hot chocolate, and had another. And another.”

“We stumbled down the descent, stopping every so often to avoid seizing up in the freezing cold. By the end of the day we’d only done something like 15 miles. But I remember it being the hardest day I’ve ever spent on the bike.”

“Then the next day, I was hit by a car,” said Johnson, who concluded his talk to laughter and applause. 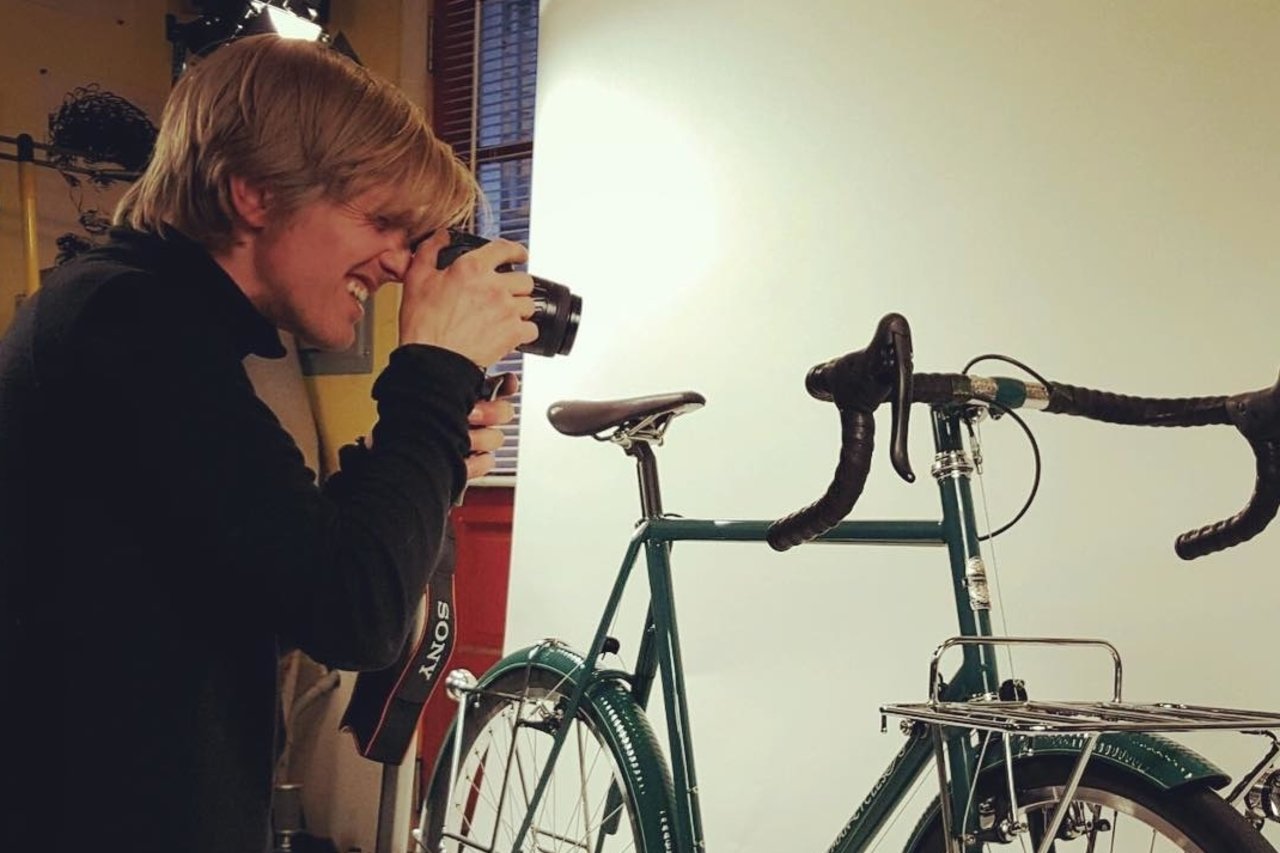 Rhode Island-based Brian Chapman, the youngest of the three presenters, recalled his start in cycling as a BMX racer in the late 1980s. By the early 1990s, he had become a road racer in the active New England cycling scene with an aluminum Klein bicycle. He obtained a degree in mechanical engineering at UMass with ambitions to work for Connecticut-based aluminum frame specialist Cannondale, but turned his sights to steel bikes after a random encounter with Providence, Rhode Island neighbor Circle A Cycles, where he learned the craft of framebuilding and then honed his skills from 2004-2013.

Like many in the New England framebuilding community have done, Chapman left his mentors to start his own brand. He still works from the original 15x20 foot shop he built in his backyard, where he established his reputation as a builder of randonneur bikes with custom racks and classic style with a nod to the French constructeurs. A self-described “control freak”, Chapman enjoys all aspects of the frame building process and every Chapman Cycle is a one-man production, from design to paint and polish. 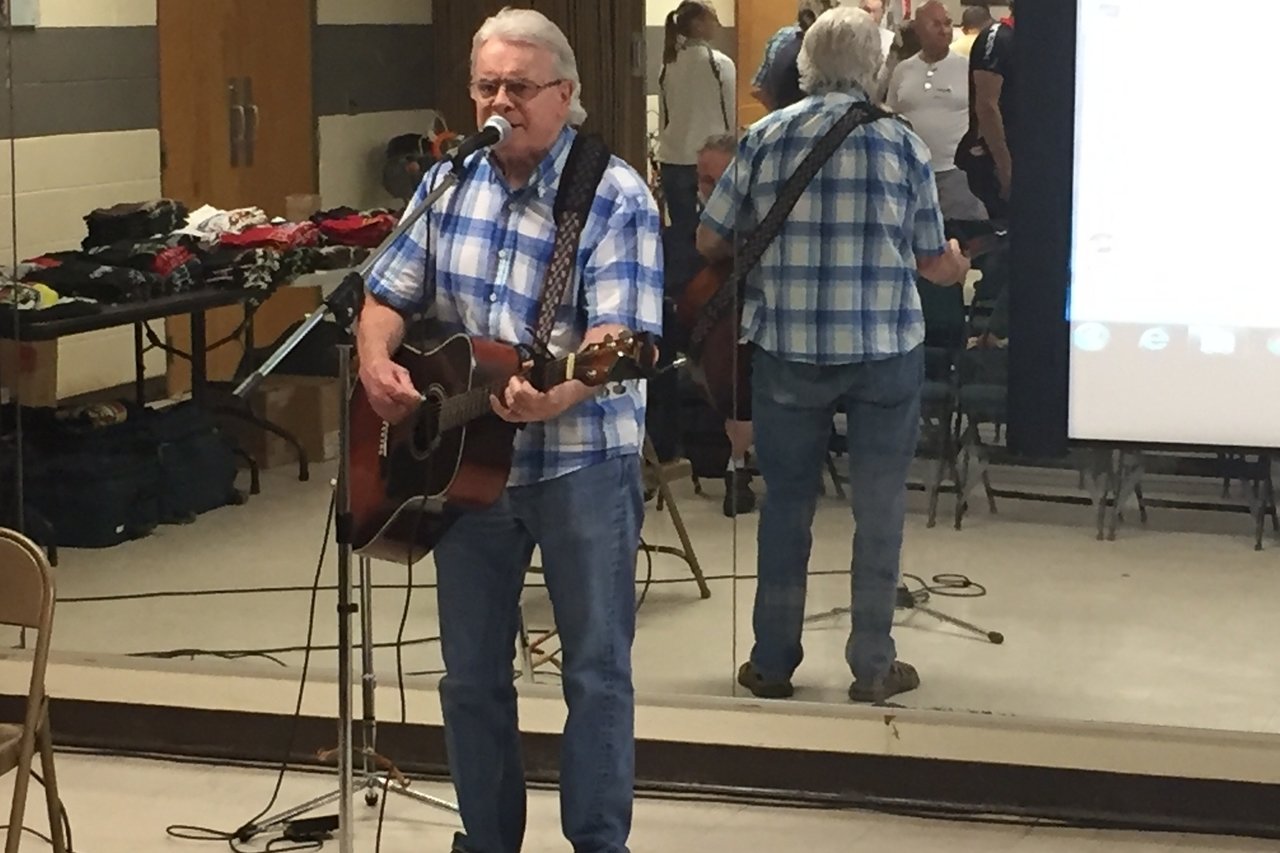 The final speaker was Dave Moulton, originally from Britain, but more recently a resident of Charleston, South Carolina. Like the other presenters, Moulton cited aspirations of racing glory in his native UK during the 1950s as the impetus for his start building frames.

Moulton made his way to the U.S. in the late 1970s to build frames for Paris-Sport in New Jersey, and later for Masi in southern California, before opening his own shop and producing frames with the labels John Howard, Recherche, and Fuso.

The upswing in attention on mountain biking in the early 1990s put Moulton out of business. He tried his hand at building mountain bikes, but his heart wasn’t in it.

“The truth is, mountain bikes are ugly,” said Moulton to applause and nervous laughter from the crowd.

Bitter at the industry’s turn against road bikes and his livelihood, Moulton sold all of his bikes and moved to Lowcountry South Carolina to begin a new life as a fiction and song writer.

In fact, Moulton’s presentation was as much concert as speech, and he regaled the crowd with three original songs, including one called “Cold Hard Cash” that was inspired by a bad experience with a bounced check from one of his frame building shop’s clients.

Moulton’s formative years as a young adult in Britain were guided by a love of music and songwriting as much as by a love of cycling, and he recalls seeing jazz great Duke Ellington in concert and following U.S. country music legend Hank Williams Jr’s career closely. Just as he claimed that his timing was right to emerge as a bicycle frame builder, his formative years as a musician right during the emergence of rock and roll were also fortuitous.

While we won’t dwell too long on the many layers of appropriateness for an audience full of cycling enthusiasts, the 80-year old Moulton ended his presentation with a round of his famous “Ass Song,” which has been covered and adopted by just about every figure in Charleston’s indie music scene.

It was an afternoon of rich, entertaining and meaningful stories that had both nothing and everything to do with lives as bicycle builders.